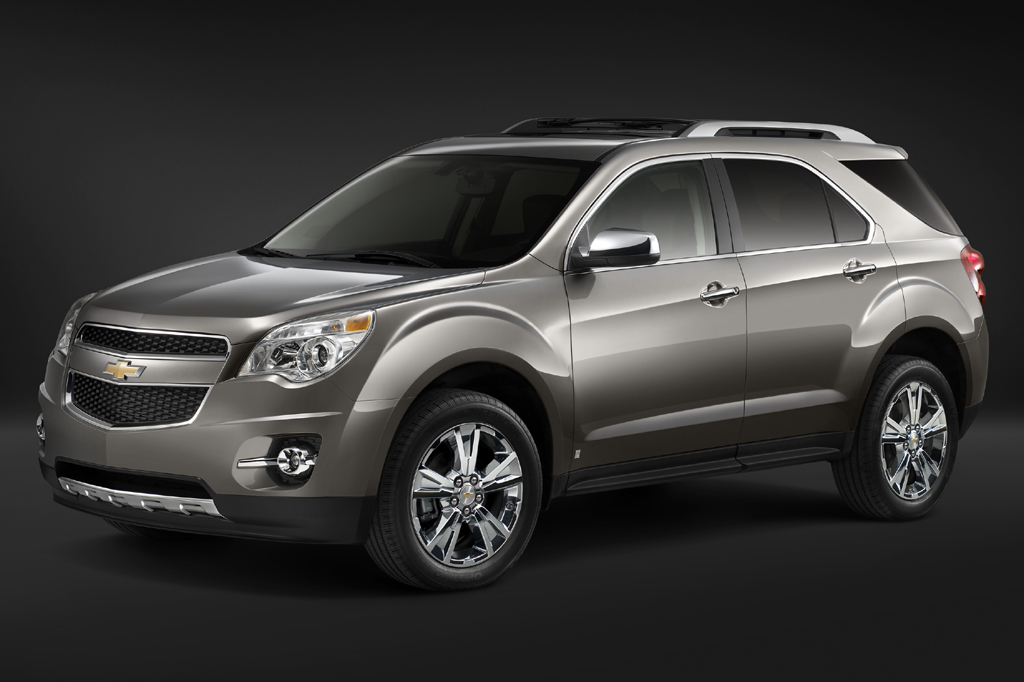 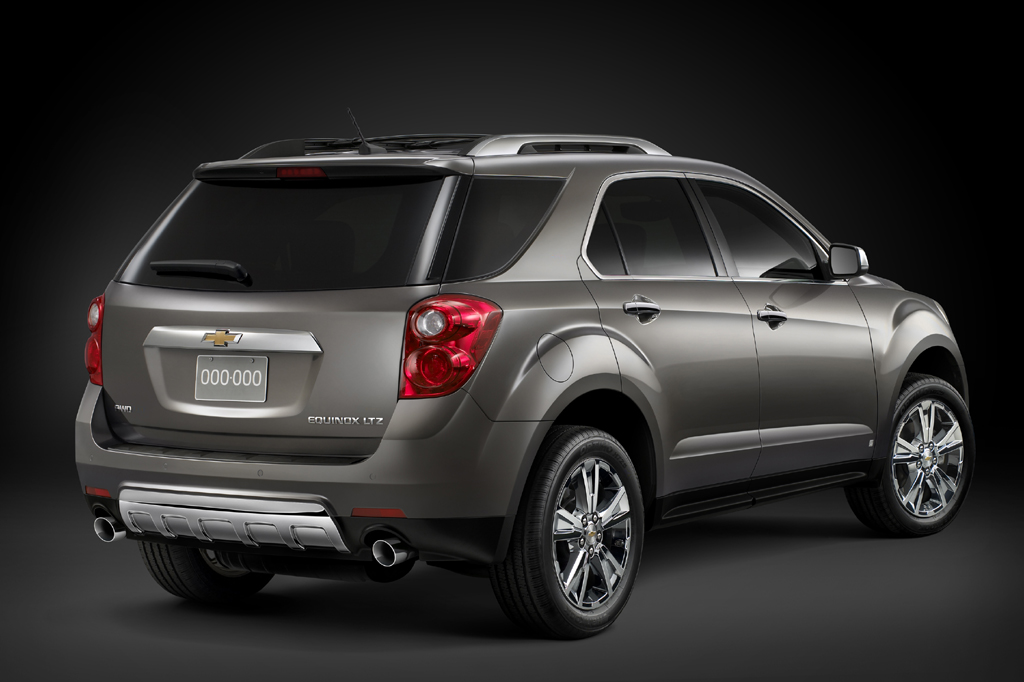 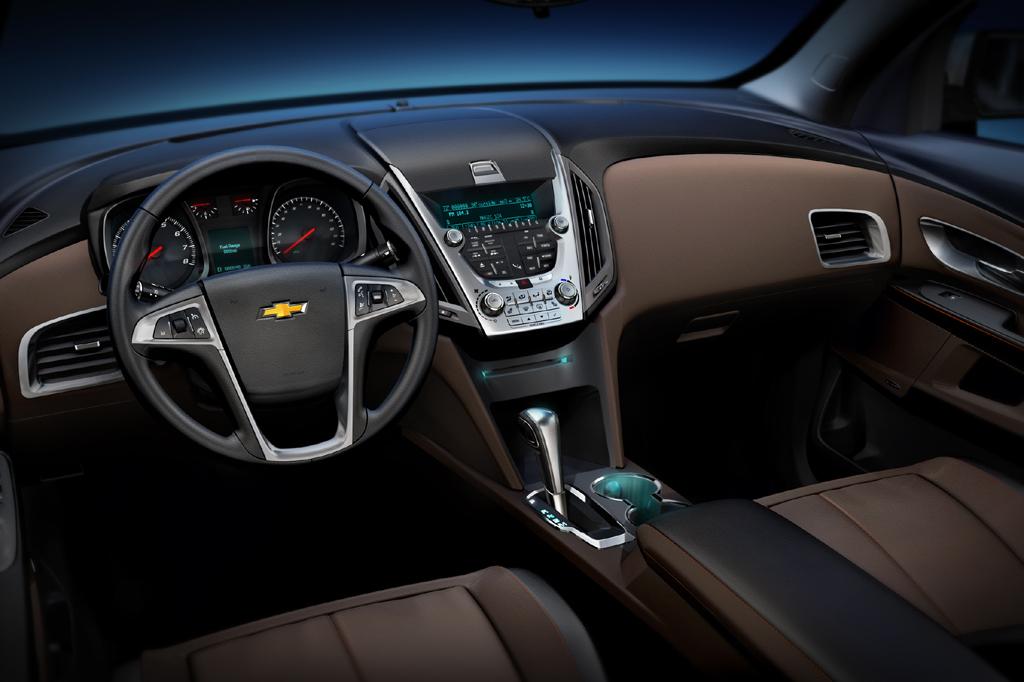 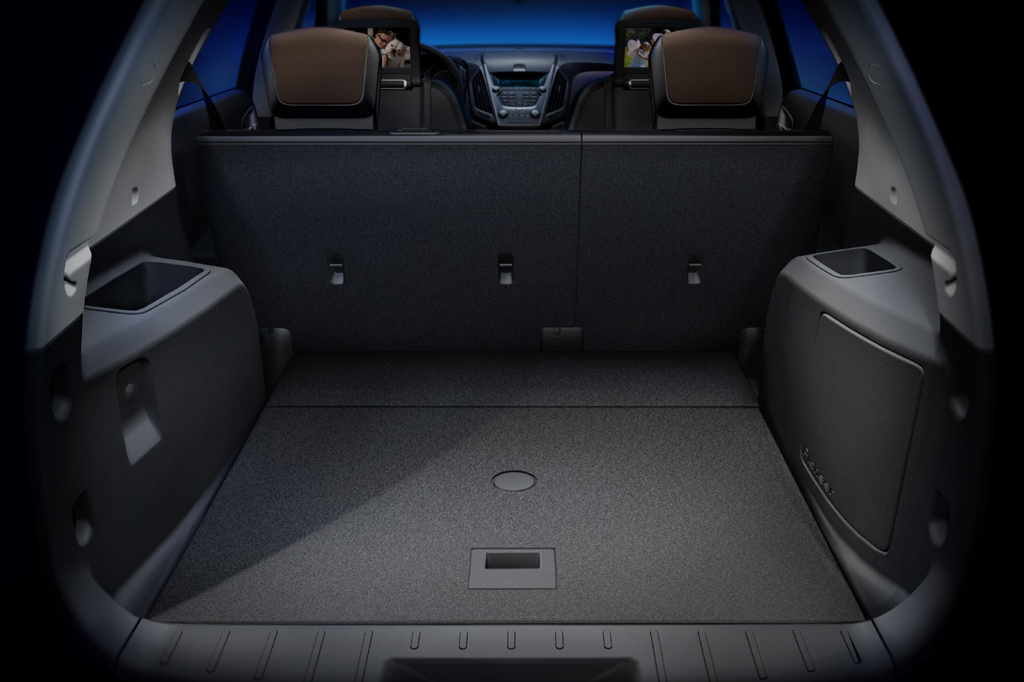 Forget everything you might remember about the first-generation Equinox. This model is better in every way, boasting quiet powertrains as well as flexible passenger and cargo accommodations. Equinox is no speed demon even with V6 power, and its ride/handling balance doesn’t quite match that of rival import crossover SUVs. Still, Chevrolet has done an excellent job taking Equinox from a segment also-ran to one that earns our Recommended (2010-12) nod and merits serious consideration.

After five seasons in its prior form, Chevrolet redesigned the Equinox for 2010, giving it freshened styling, new engines, and some new features. Seating five, this four-door crossover SUV came in LS, 1LT, 2LT, and LTZ trim levels. Equinox offered a choice of two engines. A 182-horsepower 2.4-liter four-cylinder was standard. A 264-horsepower 3.0-liter V6 was optional on the 1LT, 2LT, and LTZ until 2013 when it was replaced by a 301-horsepower 3.6-liter V6. All engines teamed with a six-speed automatic transmission. Front-wheel drive and all-wheel drive were available on all models. Maximum towing capacity was 1,500 pounds with the four-cylinder and 3,500 pounds with the V6. Standard safety features included antilock braking, traction control, an antiskid system, front-side airbags, and curtain-side airbags. Available features included remote engine start, a navigation system, a wireless cell-phone link, DVD entertainment, a hard drive for storing digital-music files, a rearview camera, and a power tailgate. Equinox used Chevrolet’s “MultiFlex” rear seat, which can be moved 8 inches fore and aft to better accommodate different storage and passenger needs. Midsize rivals to the Equinox included the Dodge Journey, Ford Edge, Honda Pilot, and Hyundai Santa Fe.

Chevrolet has offered two engines in the Equinox. The standard 2.4-liter four-cylinder develops 182 horsepower, while the optional 3.0-liter V6 produces 264 horsepower. Both engines team with a six-speed automatic transmission and either front-drive or all-wheel drive. Starting in 2012, the four-cylinder engine could be run on E85 ethanol-blended fuel. In 2013, the 3.0-liter V6 was replaced by a 3.6-liter developing 301 horsepower.

An Equinox with either the four-cylinder or V6 engine is adequate from a stop. The four-cylinder has enough power to get rolling readily enough, but it struggles in highway passing and merging situations. The V6 is stronger all around, but it doesn’t feel as snappy as its 264-horsepower rating would suggest. Automatic-transmission response is very good when teamed with the four-cylinder, but it’s slow to downshift with the V6.

This Equinox rides far better than its predecessor, with good bump absorption and no harshness over even larger road imperfections. Little difference is evident between models equipped with the 17- or 18-inch tires.

Chevrolet has done a good job of isolating most sources of ruckus. Wind noise is virtually nonexistent. The four-cylinder engine sounds a bit raspy under full-throttle acceleration, but the V6 is always smooth and refined. Both engines are silent while cruising. All Equinox models have low-rolling-resistance tires designed to increase fuel economy, but they contribute to audible thrum on coarse surfaces.

Primary gauges are large and clear. Standard audio and climate controls are mounted high on the dashboard and generally simple to operate. However, some testers have complained that this layout suffers from an overabundance of look-alike buttons that require more familiarization than should be necessary. The optional navigation system incorporates some audio functions. Its seemingly random combination of dashboard buttons and touchscreen controls complicates audio functions. Interior details are a vast improvement over the previous generation, and now rival class leaders. Like other recent Chevrolet models, Equinox’s cabin presents well at first glance, though some materials may disappoint on closer inspection.

Front-seat headroom and legroom are ample. Seats are long-haul supportive. Visibility is good for the most part, though tall rear headrests partially obscure the view aft.

The MultiFlex rear seat can slide to benefit already generous cargo space. Lack of under-floor storage is disappointing, but Chevrolet makes up for it with plenty of in-cabin cubbies and bins. All door pockets have bottle holders, and the center console is large.