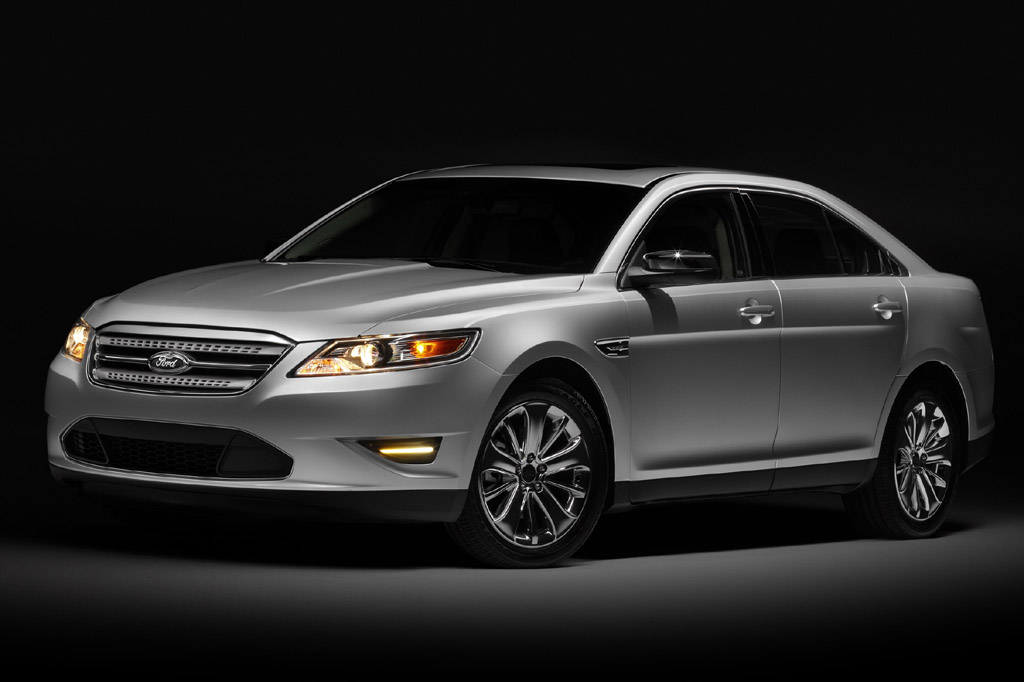 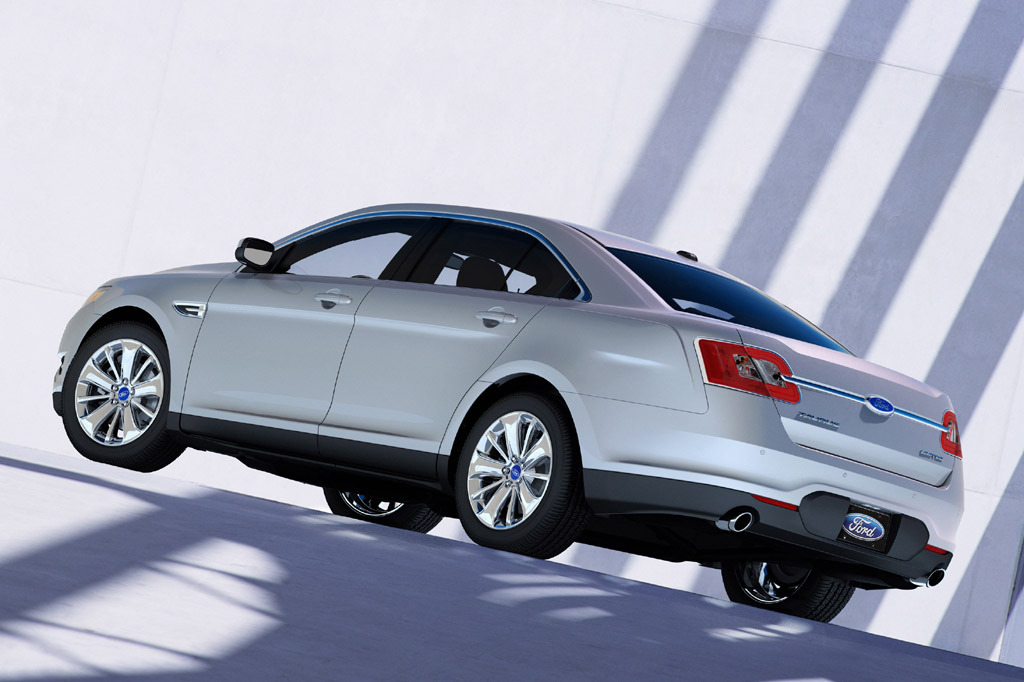 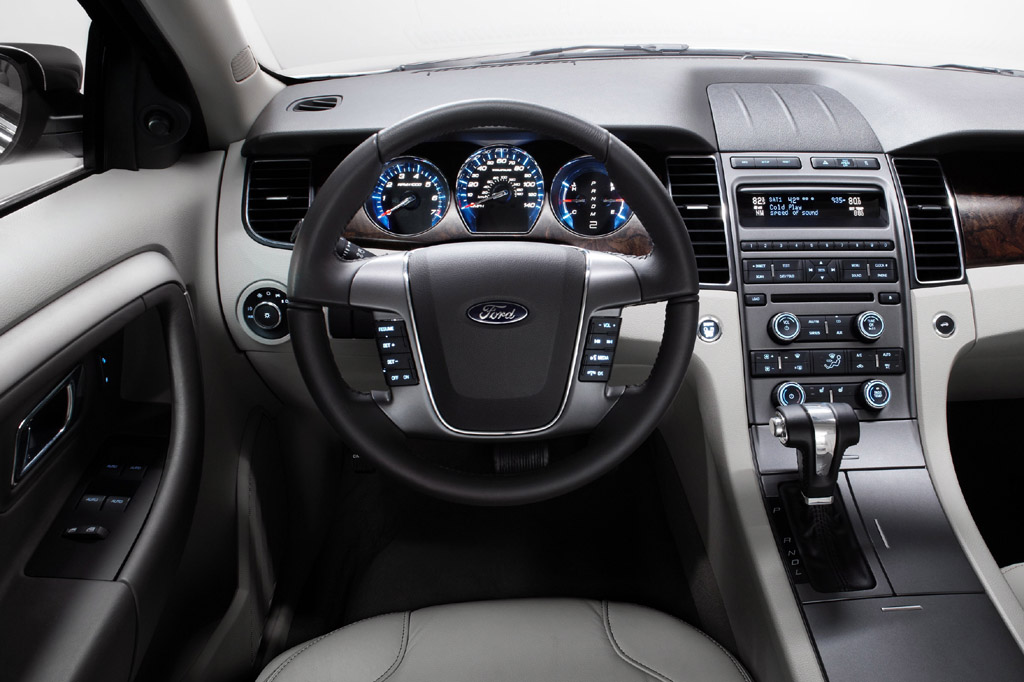 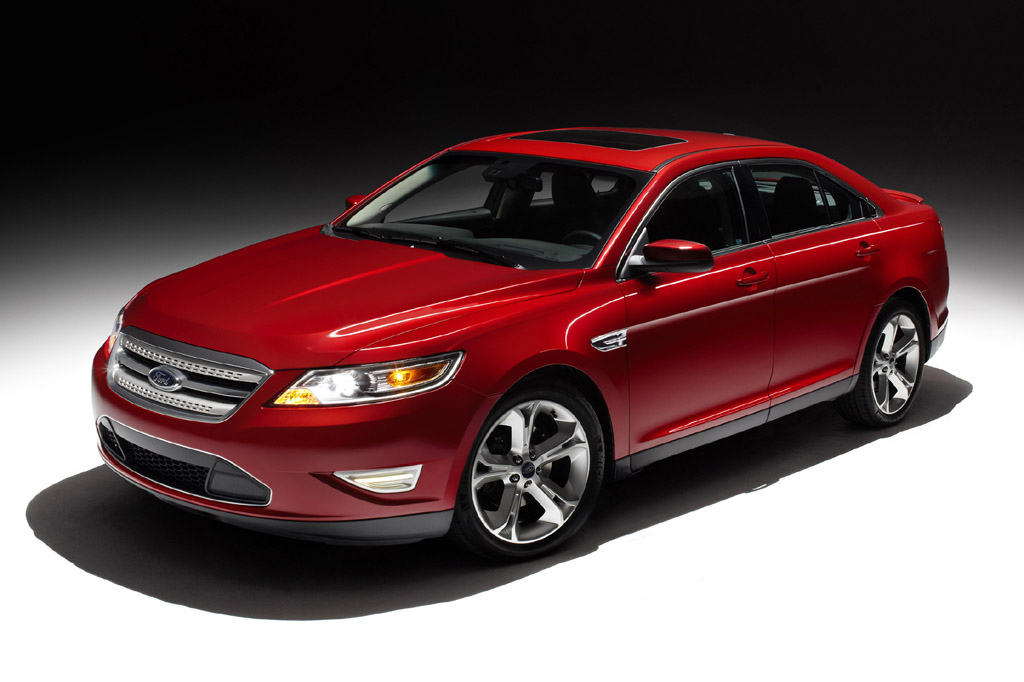 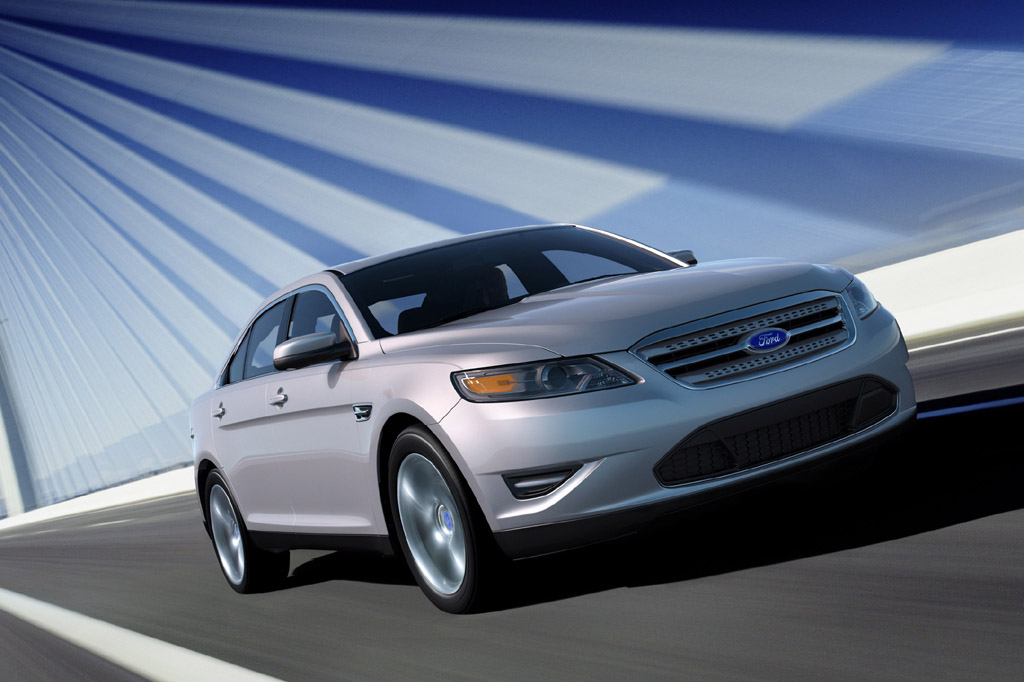 Ford’s revamped Taurus has a lot going for it. This Best Buy (2010) and Recommended (2011-12) large sedan is smooth, quiet, refined, and surprisingly engaging to drive. That last point goes double for the SHO, which delivers V8 power with the promise of V6 fuel economy. The SHO is fun to drive for a large car, but it would have been better had Ford made its engine note more in keeping with its sporty leanings. No Taurus is as cavernous inside as previous models, but Ford’s flagship sedan offers a breadth and depth of features, gadgets, and trim levels. Moderate new-car prices have made it stand out among a wide variety of midsize and large cars, but secondhand Tauruses might cost a bit more than expected.

Part of Ford’s lineup since 1986, through several generations, the Taurus got a major makeover for 2010, including revised exterior and interior styling, along with new features. Ford also revived the high-performance Taurus SHO to satisfy potent-sedan fans. This large sedan retained the basic platform and powertrain of the 2008-09 Taurus. The 2010 model reprised SE, SEL, and Limited trim levels, all with front-wheel drive. All-wheel drive was offered on SEL and Limited models. All were powered by a 263-horsepower 3.5-liter V6 engine teamed with a six-speed automatic transmission. The high-performance Taurus SHO (Super High Output) returned for 2010 after last being produced in 1999. This updated SHO got Ford’s “EcoBoost” turbocharged 365-horsepower 3.5-liter V6 engine; a six-speed automatic transmission; and all-wheel drive.

Both Taurus engines provide good power in any situation. Non-SHO AWD models feel little different than their front-drive counterparts. The SHO’s turbocharged V6 has plenty of reserve muscle, but it suffers a brief delay from a stop. The automatic transmission snaps off quick shifts, especially with the SHO’s specific gear ratios. In any Taurus, the transmission occasionally hunts for the right gear on hilly roads, but shifting manually via the available steering-wheel paddles (if installed) helps.

With its standard 18-inch wheels, the SEL has a very smooth, composed ride with no apparent float or wallow. SEL and Limited models with 19s suffer from a little bit of pattering over pavement seams and breaks. A SHO, with the optional 20-inch wheels and standard sport suspension, registers most bumps but stops short of outright harshness.

Also pleasant on the road in standard form, non-SHO Taurus models handle most curves with confidence that belies their large exterior size. SHO ratchets the handling up a notch with neutral cornering, better-than-expected grip, and fine steering and brake control. A small turning radius helps in close-quarters maneuvering.

Taurus rivals many premium sedans for hushed comfort. Both engines produce a refined note during acceleration and recede almost completely into the background while cruising. For the SHO with its stronger performance potential, this is almost a disappointment. Wind and general road ruckus are non-issues, but the SHO’s optional 20-inch tires roar on coarse pavement.

Brightly lit gauges are easy to read. Most controls are handy and self-evident. Audio and climate functions suffer a bit from small, look-alike buttons. They’re largely separate from the optional navigation system, but a touchscreen on models so equipped makes integrated functions simpler. Taurus’ cabin doesn’t quite match the ambiance of most luxury nameplates, but it holds its own. Non-SHO models have some uninspiring plastic trim, especially in the center console area. Most of the rest of the interior has pleasing textured and padded soft-touch surfaces. SHO versions have faux carbon fiber and real aluminum trim that distinguishes them from its less-expensive siblings.

Front bucket seats are all-day comfortable. A wide up-and-down and front-to-back range of travel ensures that most people will find an accommodating driving position. Headroom is particularly expansive on models not equipped with the available sunroof. The sunroof housing trims headroom quite a bit. Thick center and rear roof pillars compromise over-the-shoulder views. The available multi-contour seats feature power lumbar and air bladders that automatically inflate and deflate to provide something of a massage function. Some testers appreciated the motion; others found it annoying.

Neither headroom nor legroom in the back seat is as expansive as the car’s large exterior dimensions would suggest. Depending on where the front seat is positioned, legroom is either adequate or ample. The slope of Taurus’ roof line cuts into headroom more than it should and complicates entry/exit.