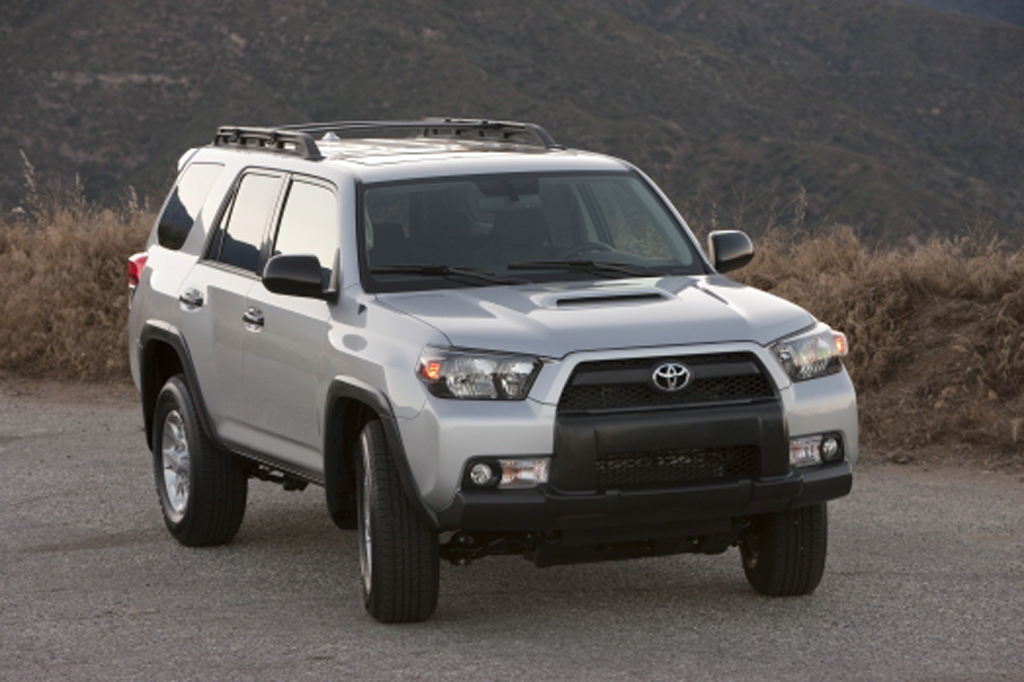 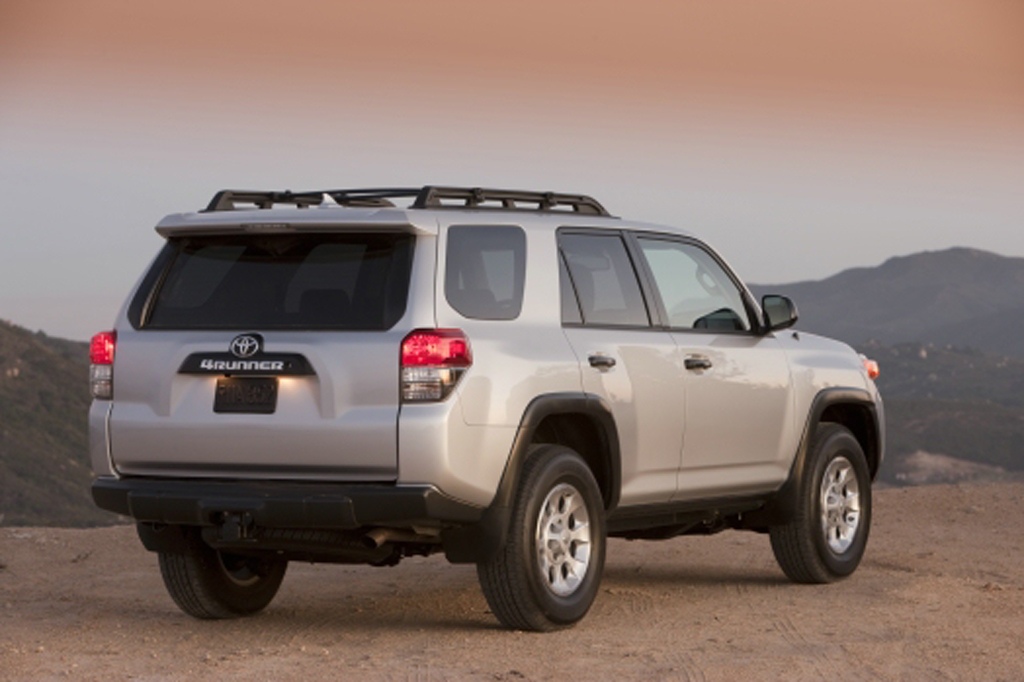 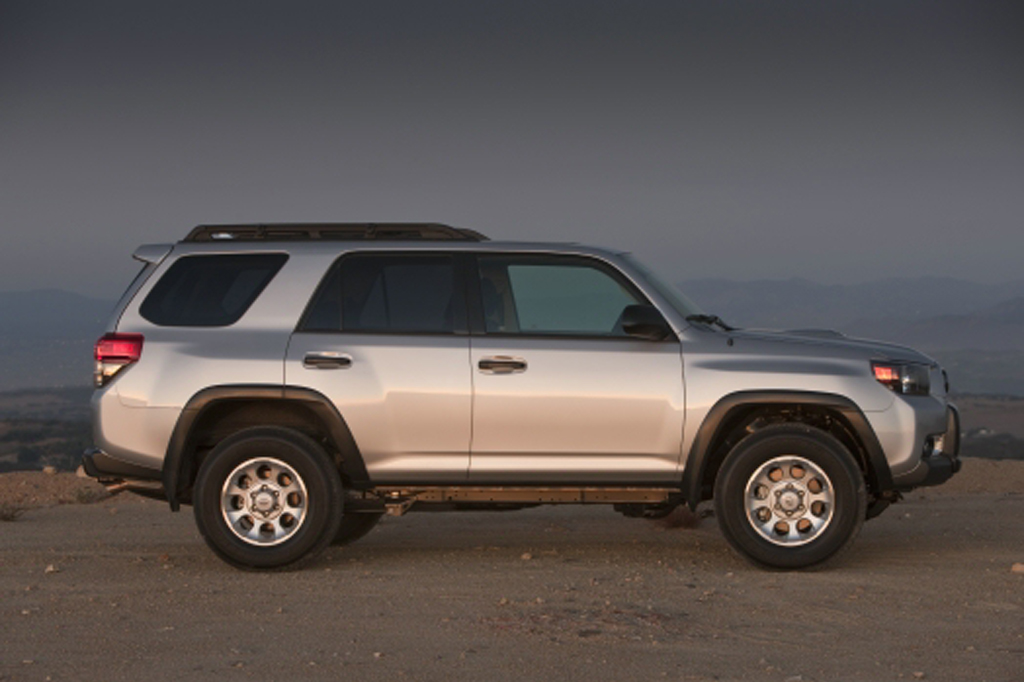 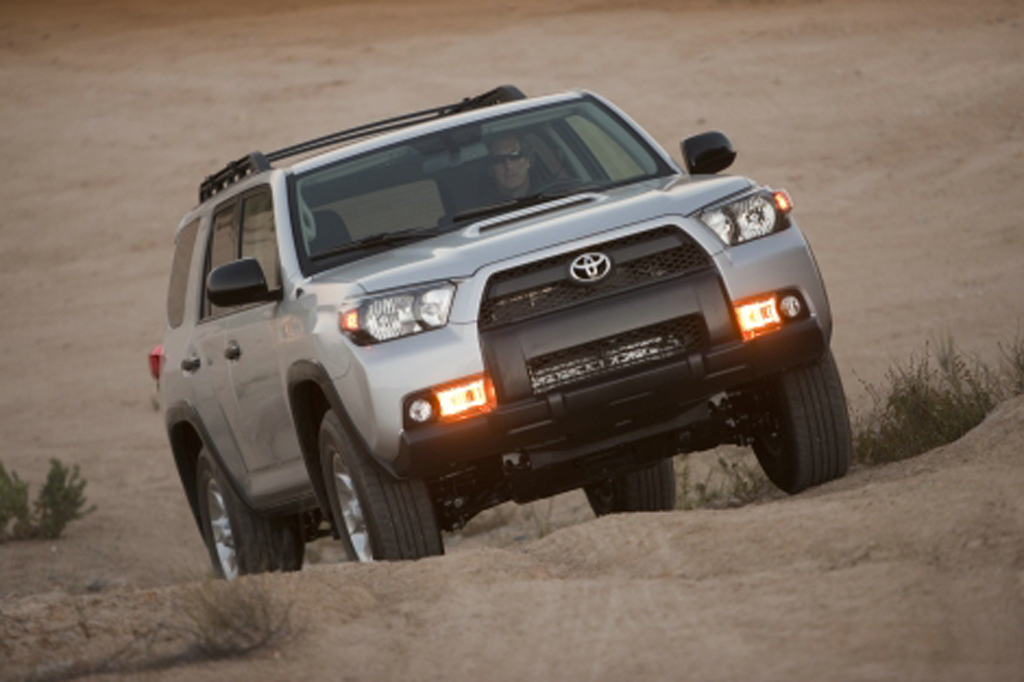 This latest iteration of Toyota’s traditional truck-type SUV doesn’t make much sense as an on-road vehicle because it handles clumsily, wallows on the highway, and is difficult to get in and out of. The 2014 models did receive enough meaningful improvements to make 4Runner a more livable daily driver though. Despite its body-on-frame design, a 4Runner doesn’t make much sense as a workhorse because of its unimpressive 5,000-pound maximum towing capacity. The 4Runner works as an off-road SUV, albeit one that carries a stiff price tag compared to Nissan’s similar-purpose Xterra. Toyota loyalists with true wanderlust, but who think the company’s Land Cruiser is too expensive, will find enough to like here. Everyone else would be better served shopping elsewhere.

The redesign of the Toyota 4Runner for 2010 gave it freshened styling, more V6 power, and a new four-cylinder engine. This midsize SUV used traditional truck-type construction. 4Runners came in three trim levels: Base SR5, off-road-ready Trail, and top-line Limited. Rear-wheel drive was standard on the SR5 and Limited. Two four-wheel-drive systems were offered. Available on SR5 and standard on Trail was a part-time setup that should not be left engaged on dry pavement. Limited versions had a full-time setup that could be left engaged. Both included low-range gearing for off-road use. Trail models had additional 4WD hardware, including Toyota’s Crawl Control (CRAWL), which was designed to regulate speed in severe off-road conditions. Also included was Toyota’s Multi-Terrain Select system, which allowed drivers to adjust the 4WD hardware to suit different off-road terrain. Rear-drive 4Runner SR5 models had a 157-horsepower 2.7-liter four-cylinder engine borrowed from Toyota’s Tacoma compact pickup truck. It paired with a four-speed automatic transmission. Optional on that model and standard on all other versions was a 270-horsepower 4.0-liter V6–an increase of 34 horsepower over the 2009 4Runner V6. That engine teamed with a five-speed automatic. A V8 was no longer available. Maximum towing capacity was 2,000 pounds for the four-cylinder and 5,000 pounds for the V6. Standard safety features included antilock braking, traction control, an antiskid system, curtain-side airbags with rollover deployment, front-side airbags, and front knee airbags. Standard seating was for five passengers, and an optional third-row bench increased capacity to seven. Leather upholstery was standard on the Limited and optional on the SR5. Also standard on the Limited were dual-zone automatic climate control and keyless entry/engine start. Competitors included the Ford Explorer, Honda Pilot, Jeep Grand Cherokee, and Nissan Xterra.

With V6 power, at least, a 4Runner has sufficient power in any situation. Models tested had an “Eco” mode designed to improve fuel economy. Transmission and throttle response are slightly dull at times with Eco mode enabled, and they improve marginally with it disabled. No 2010 four-cylinder models have been available for testing.

Ride quality is decently composed for a truck-type SUV. The 4Runner smothers most bumps well, but it occasionally suffers from some wallow and annoying side-to-side motions.

Handling is disappointing, even for a vehicle of this stripe. Body lean is prevalent, even in modest corners. Steering feels sloppy and nosedive is pronounced, even when braking normally. Starting with the 2014 models, Toyota added some structural braces to the chassis and revised the brakes. The changes did help make the 4Runner feel a bit more confident on the road, but this remains a vehicle you won’t mistake for a car-like crossover SUV.

Although the cabin is generally quiet, the V6 engine sounds coarse, especially during full-throttle acceleration. At cruise, that noise never completely goes away, but it is subdued enough to not annoy. Other sources of ruckus are well squelched.

No-nonsense audio and climate controls are easy to reach for most drivers. It’s a bit strange to find that an auxiliary stereo input is located on the center console, but the USB audio connector is inconveniently placed in the glovebox. Interior materials are appropriately rugged and don’t come off as looking or feeling low-buck. Toyota’s Entune infotainment system works well, but some testers wished the touchscreen display was a bit larger.

Our main complaint with 4Runner is its steep step-in height, which complicates entry and exit. Once inside, most front-seat occupants will have more than sufficient headroom and legroom. Those seats are long-haul comfortable.

The rear seat tells the same story as the front. Overall room is fine for most adults. However, getting in and out of the back seat is hampered not only by a steep step-in but by narrow door openings.

The rear cargo hold is as spacious as any five-passenger midsize SUV. On the down side, the folding rear seatbacks are more complicated to operate than they should be. If the front seats are set far back, the rear headrests will not clear when you try to fold the seatbacks. Interior storage is very good, with a large glovebox and many assorted bins and cubbies.