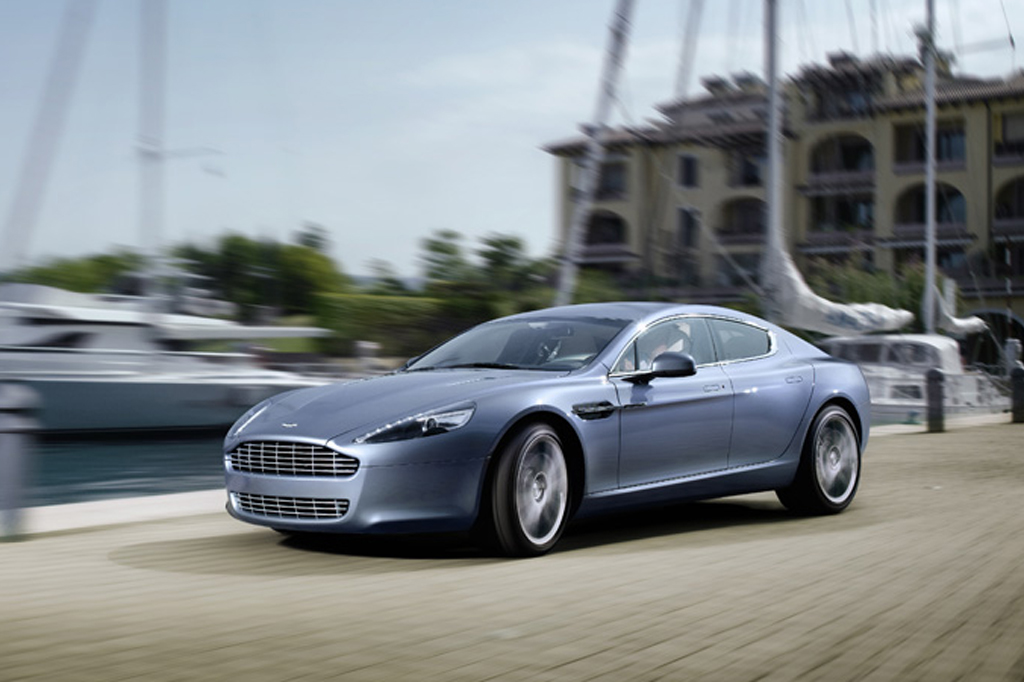 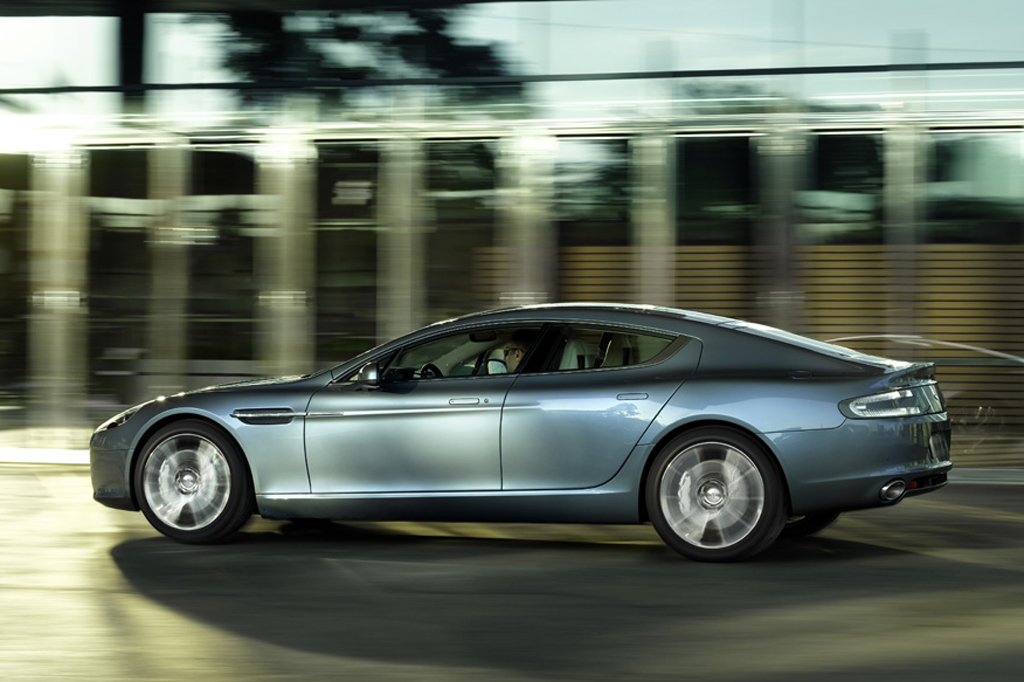 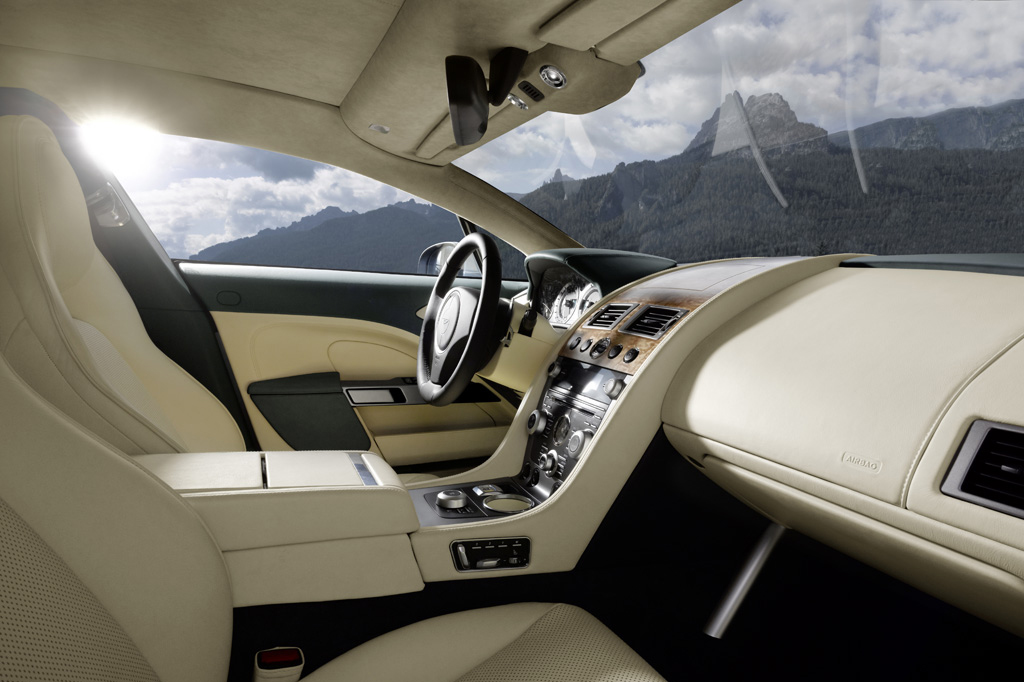 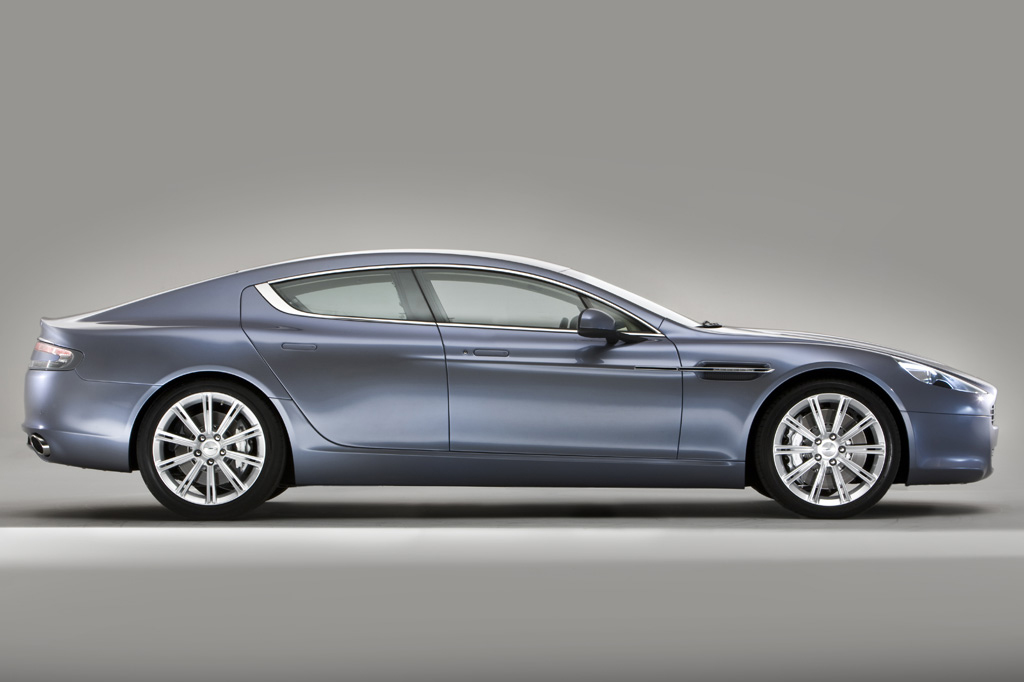 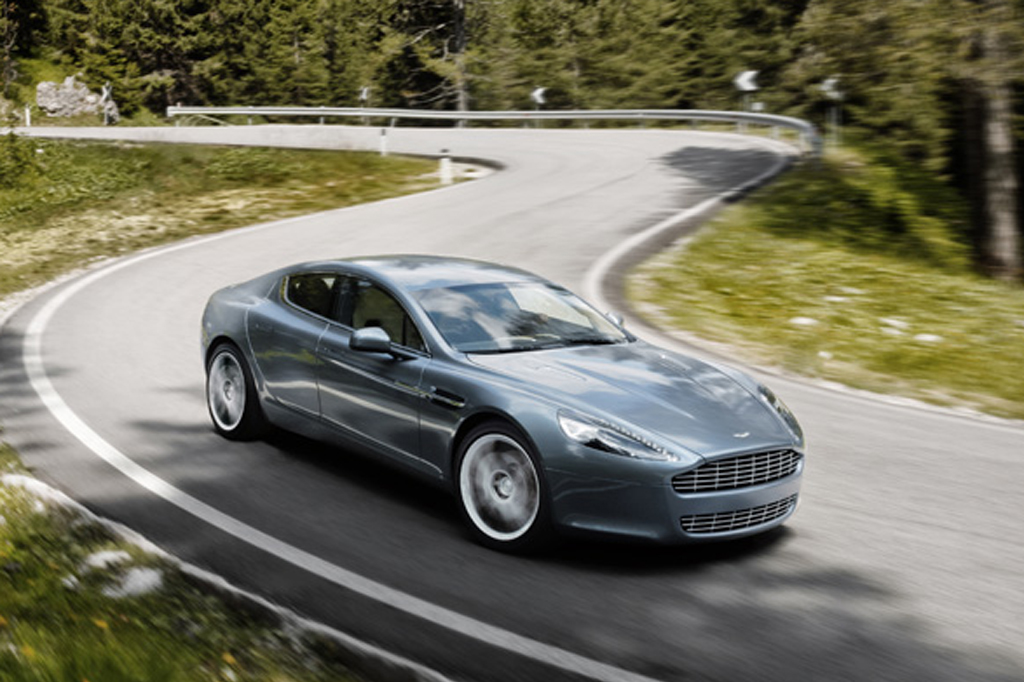 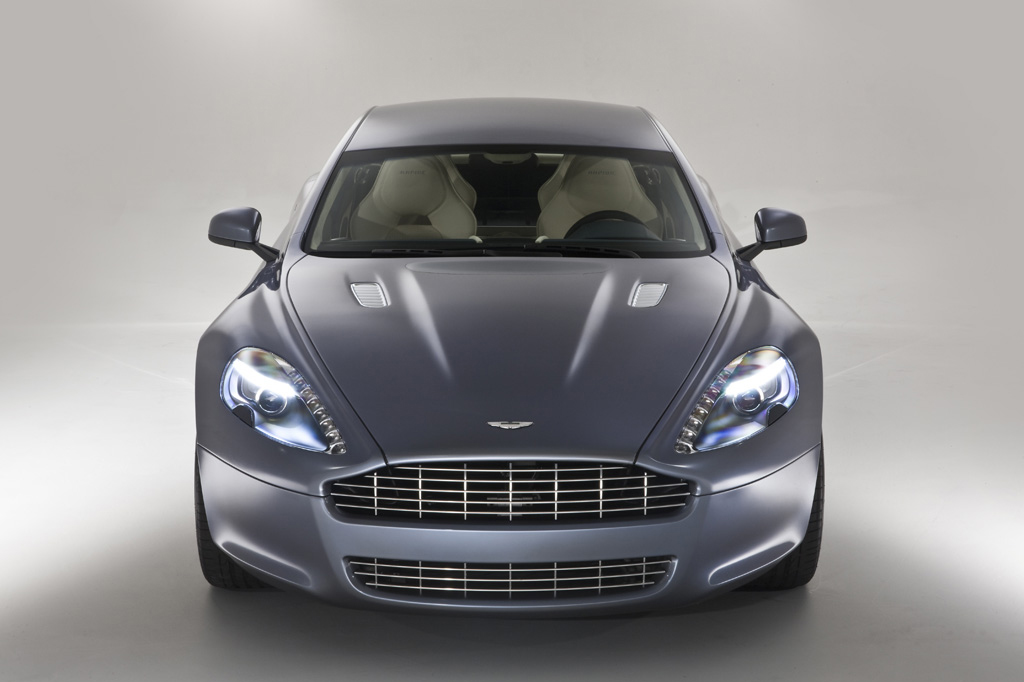 If you place a premium on style and performance, the Rapide shines brightly. But it sacrifices much in the way of passenger room and ride comfort, making the Rapide an exhilarating but less-than-practical luxury sedan.

For the first time since the demise of the Lagonda, in 1990, Aston Martin added a four-door sedan to its lineup during the 2010 model year. First seen in concept form in 2006, the new rear-wheel-drive Rapide came in only a single trim level, with a single powertrain. Aston Martin’s 6.0-liter V12 engine developed 470 horsepower, in concert with a six-speed automatic transmission that incorporated steering-wheel shift paddles for manual gear selection. Aston Martin promoted the Rapide’s coupe-like profile, billing it as the “first production four-door sports car.” Body panels were made of aluminum and composite materials. Standard safety features included antilock braking, traction control, an antiskid system, curtain-side airbags and front-side airbags. Each Rapide sedan had leather upholstery, heated front and rear seats, a navigation system wireless cell-phone link, and a 1,000-watt Bang & Olufsen audio system. Built in Austria rather than England, like other models from the British automaker, the Rapide could be equipped with optional cooled front and rear seats, dual-screen DVD entertainment, and distinct wheels and trim. Sticker price for the 2010 Rapide sedan was $197,850. Competitors to the Rapide included the Bentley Continental Flying Spur, Maserati Quattroporte, and Rolls-Royce Ghost.

Well known as a maker of English luxury grand touring automobiles and sports cars, Aston Martin is perhaps best famous for supplying James Bond’s (Sean Connery) DB5 in the 1964 movie Goldfinger. Postwar Aston Marti history dates back to late 1948, when the low-production DB1 first appeared; and spring 1950, when the DB2 coupe debuted. Adding the Lagonda sedan in 1982, and now the Rapide, gave Aston Martin an additional set of potential customers.

All Rapide sedans had the same powertrain: a 6.0-liter V12 engine that developed 470 horsepower at 6000 rpm and 443 pound-feet of torque at 5000 rpm, working with a six-speed automatic transmission.

Aston Martin claimed that its Rapide could accelerate from 0-60 mph in 5.0 seconds. Performance is strong from a standstill, but not brutally so–though speed builds swiftly. Fast take-offs require a deep stab on the throttle pedal. Aston Martin’s transmission kicks down almost instantly for impressive passing response.

Weighing some 400 pounds less than a DB9 coupe with the same engine, the Rapide gets slightly lower gas mileage in highway driving. The EPA fuel-economy estimate is 13 mpg in city driving and 19 mpg on the highway. Consumer Guide had no opportunity to measure gas mileage in actual driving. Aston Martins require premium-grade gasoline.

Ride quality is definitely firmer than the luxury norm, but rough pavement encountered during our brief test drive did not produce any harshness, and the body structure felt solid. Aston Martin calls the Rapide a four-door sports car rather than a luxury sedan, and the sedan’s firm ride falls in line with that philosophy. Anyone expecting a more comfortable, luxury-sedan ride will likely be disappointed.

Handling is typically an Aston Martin strong point, and the Rapide is no exception. Body lean in a Rapide is almost unnoticed at normal speeds, and the steering exhibits a sporty feel.

Sound control is not up to the usual luxury-car standards. Road noise is noticeable even at moderate speeds, and the engine can almost always be heard. Engine noise isn’t really a complaint, however. The sport exhaust note turns downright menacing under heavy throttle, qualifying as an audible delight and bonus for the enthusiast.

Radio and climate controls have conventional dials and buttons, located within easy reach. The standard navigation system demands considerable study of the owner’s manual. Like other Aston Martin models, the controls suffer from a noticeable delay between the moment you press a button and when the control actually activates. Interiors don’t get much better than the one in the Rapide. Virtually everything is covered with fine leather, aluminum, or wood, and the Alcantara headliner looks classy. the sole disappointment is that some leather-covered surfaces are backed by thin padding.

Taller folks can expect plenty of front-seat headroom in a Rapide, but their legs might be cramped. For one thing, the seat doesn’t move very far back. In addition, the wide center tunnel limits knee space. High window sills contribute to a claustrophobic feeling, too. A low seat and tall, wide door sill make entry and exit mildly challenging, particularly for occupants with long legs. Seat comfort is first class, but oddly, the steering wheel has manual adjustment rather than power operation. Doors are held open hydraulically rather than with mechanical stops, and thus will remain open in any position. Thick windshield pillars can interfere with forward visibility, while the Rapide’s sloping roofline hampers vision to the rear.

Backseat space is tight for a sedan of any size, and only two passengers fit back there on a pair of bucket seats. Headroom is acceptable for folks up to about 5 feet 10 inches. Legroom is barely adequate behind a normal-size driver; putting the front seat all the way back leaves only enough legroom for shorter folks, and toe space is limited as well. The seat cushion is low and short, so adults must sit knees-up with no thigh support. Worse yet, entry and exit are surprisingly awkward. The door opening is very narrow, squeezing both hips and feet while exiting, and the sloping roofline forces even average-size passengers to duck their heads. As in front, the doors are held open hydraulically rather than by mechanical stops–a nice touch. A tall, wide rear center console holds two cupholders, a small storage bin, and rear climate controls. Heated seats have been standard, with ventilated seats optional. Also optional: a rear entertainment system with screens mounted in the back of each front headrest.

The Rapide’s trunk is accessed through a hatch lid, but it’s smaller than trunks in most luxury sedans. It’s not very wide or tall, and the cargo floor is on two eves. A divider can be raised to segment off the forward part of the cargo area, helping to reduce cabin noise. Rear seatbacks fold for additional space, but anything long and wide can hit the rear-console climate knobs. The cargo hold is very nicely trimmed. In-cabin storage is meager: just a small glovebox, tiny console box, small map pockets, and a single cupholder.