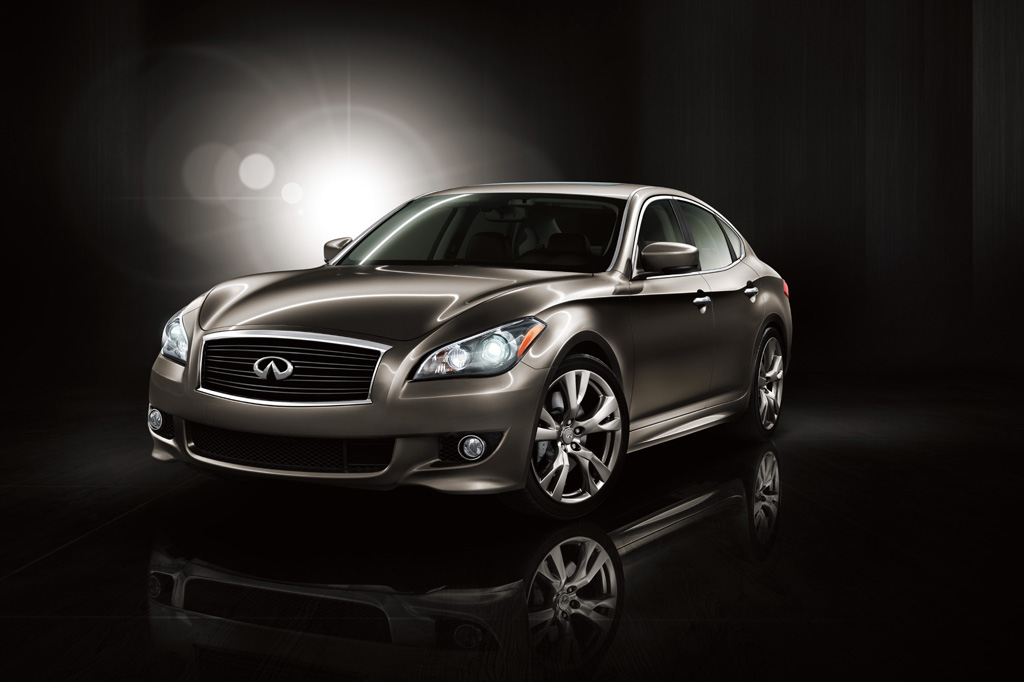 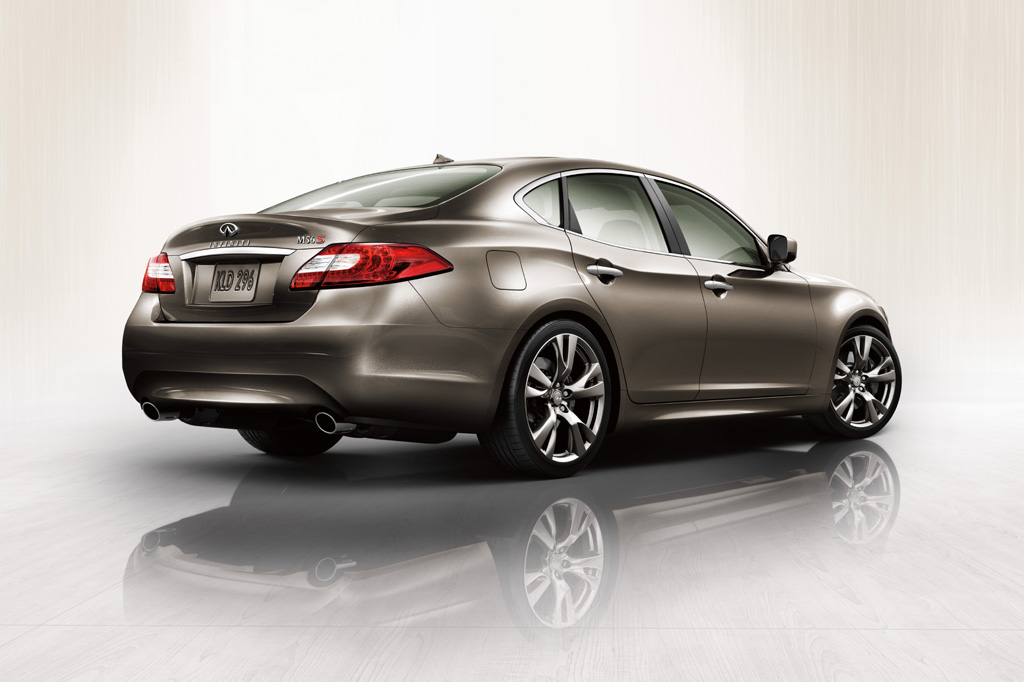 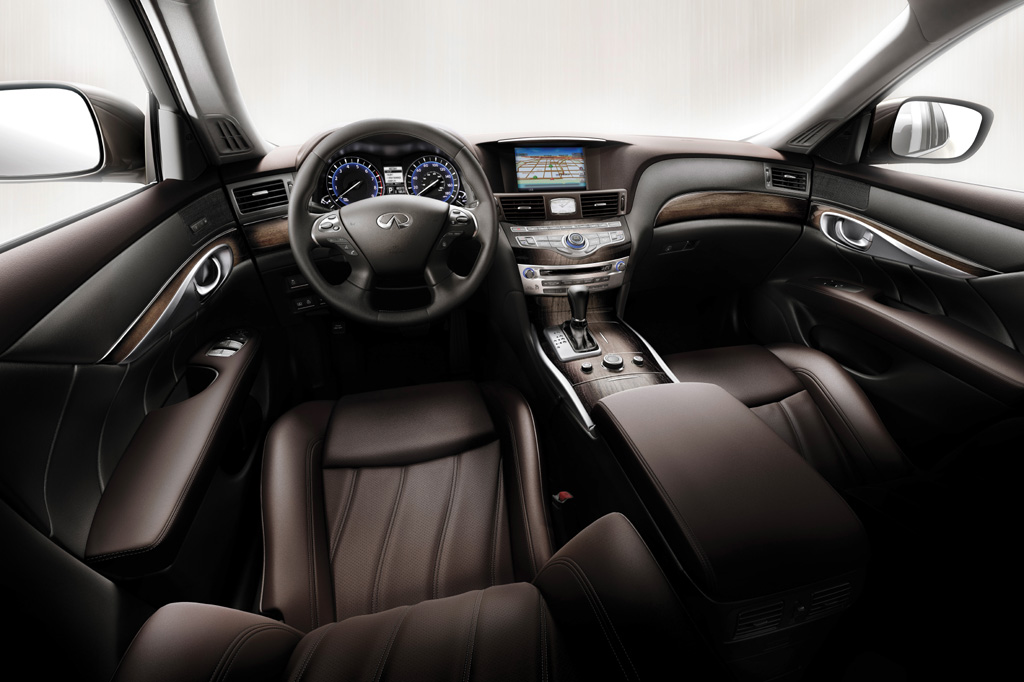 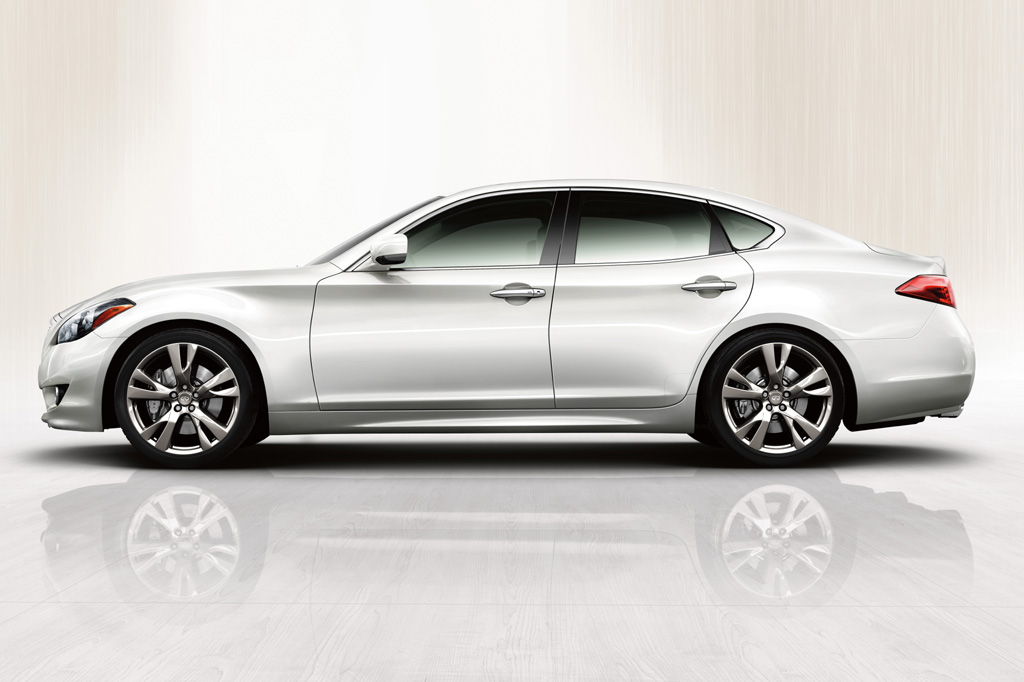 Infiniti’s M again leans toward the athletic side of the midsize premium-sedan market and goes even further when equipped with the optional Sport Package. Not surprisingly, Infiniti cites the BMW 5-Series as the M’s closet competitor. While the M’s ride/handling combination doesn’t quite match that of its German rival, it gives away nothing in power. M also handily beats the midsize BMW in cockpit layout. With less than a 10 percent share of the luxury new-car market, Infiniti still amounts to a “dark horse” in that field, but the latest M stands to give its competition a run for its money.

Nissan’s luxury division redesigned the M sedan for 2011, giving it freshened styling, more power, and new features. Dimensionally similar to the outgoing model, this premium midsize sedan slotted above the brand’s G37 in size and price. V6 and V8 engines were available, and models so-equipped were dubbed M37 and M56, respectively. The Infiniti M37 used a 330-horsepower, 3.7-liter V6, while the M56 got a 420-horsepower, 5.6-liter V8. Sole transmission for both models was a seven-speed automatic. Rear-wheel drive and all-wheel drive were offered on both; AWD models were called M37x and M56x. For 2014, M sedan was renamed Q70.

M37 models have plenty of power, even in heavier all-wheel-drive form. The M56 ranks as a luxury hot rod, with terrific throttle response in the car’s Normal and Sport modes. The eco setting dials things back significantly. The seven-speed automatic transmission provides normal, sport, economy, and snow settings. Kickdowns are sometimes delayed; they seem to be quicker in the sport setting, but that holds a lower gear at any given speed, reducing fuel economy.

Fuel economy is about on par for the class. In Consumer Guide testing, an AWD M37x averaged 20.6 mpg, while an AWD M56x averaged 18.3 mpg. All Ms require premium-grade gas.

Base models, whether rear- or all-wheel drive, exhibit a firm yet reasonably controlled ride. It’s not uncomfortable, but the M never seems to fully settle itself, whether in the city or on the highway. At higher speeds, we’ve observed some crashing and unwanted vertical movements. Minor as they were, it was still too much fuss for a premium vehicle. Models with the Sport Package ride rather stiffly over even mild road blemishes, but stop short of being harsh.

Wind noise is well muted at highway speeds. So is road noise, though it’s a bit higher in Sport models and becomes noticeable on coarse pavement. Sound from both engines is barely noticed except under acceleration. Even then, the motors produce a rich, refined note.

The M shines in controls and interior quality, at least when compared to most other cars in this class. Audio and climate controls consist primarily of buttons that are mounted high within easy reach; though numerous, they’re fairly easy to decipher and use. The redundant touchscreen is a nice addition, but accessing some functions requires a bit of a stretch. Unlike many cars, the navigation controls are largely separate and don’t complicate the audio and climate functions. For the most part, they’re handy and simple to use. However, some buttons controlling secondary functions aren’t optimally placed. Almost every interior surface is covered with padding, leather, wood, or metal that looks rich and tasteful. Only the standard fabric headliner falls a bit short of expectations, and that might be cured with the suede-like headliner that’s been part of the Deluxe Touring Package.

Even taller drivers can expect good front-seat legroom and ample headroom. However, those with long legs might find their right knee hitting the center console. Visibility is quite good in all directions–another M strength compared to some class rivals.

The trunk lid opens wide on strut-type hinges. The trunk itself is wide at the back but quite narrow at the front, and not particularly deep. Rear seatbacks don’t fold, though a small pass-through can accommodate skis. Interior storage includes a decent-size glovebox, two-tiered console box, covered cupholders, a covered ash/coin tray, and small map pockets.