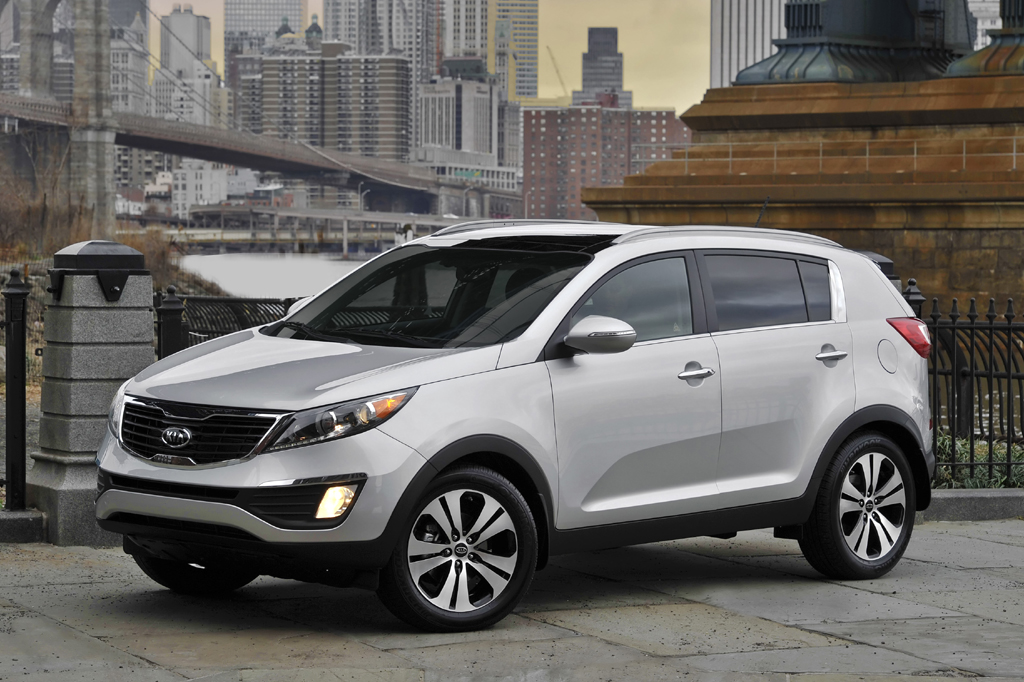 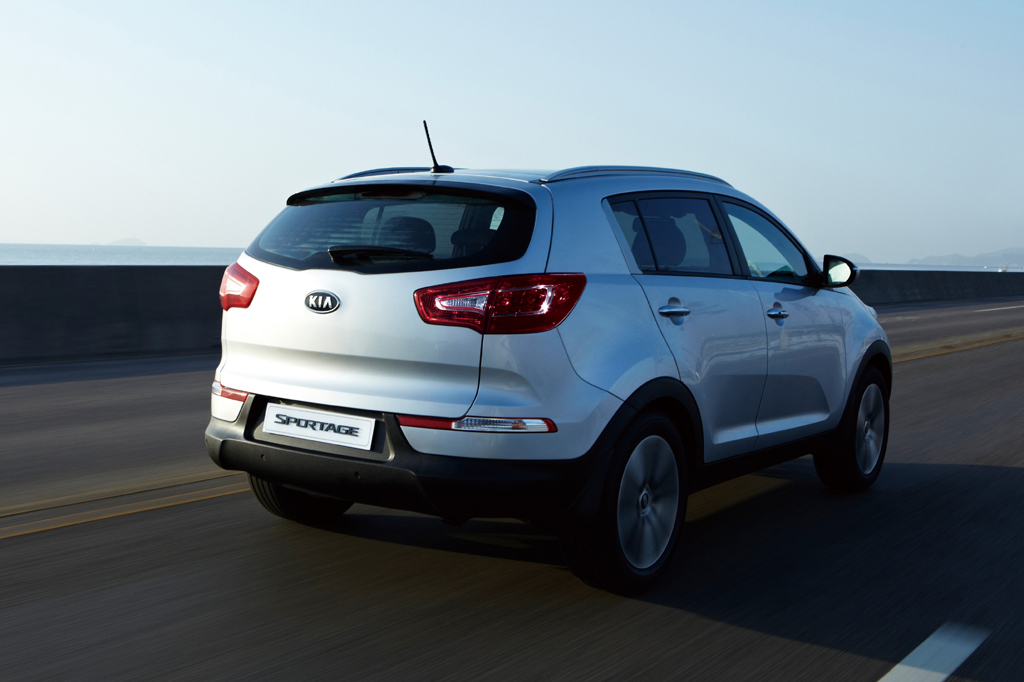 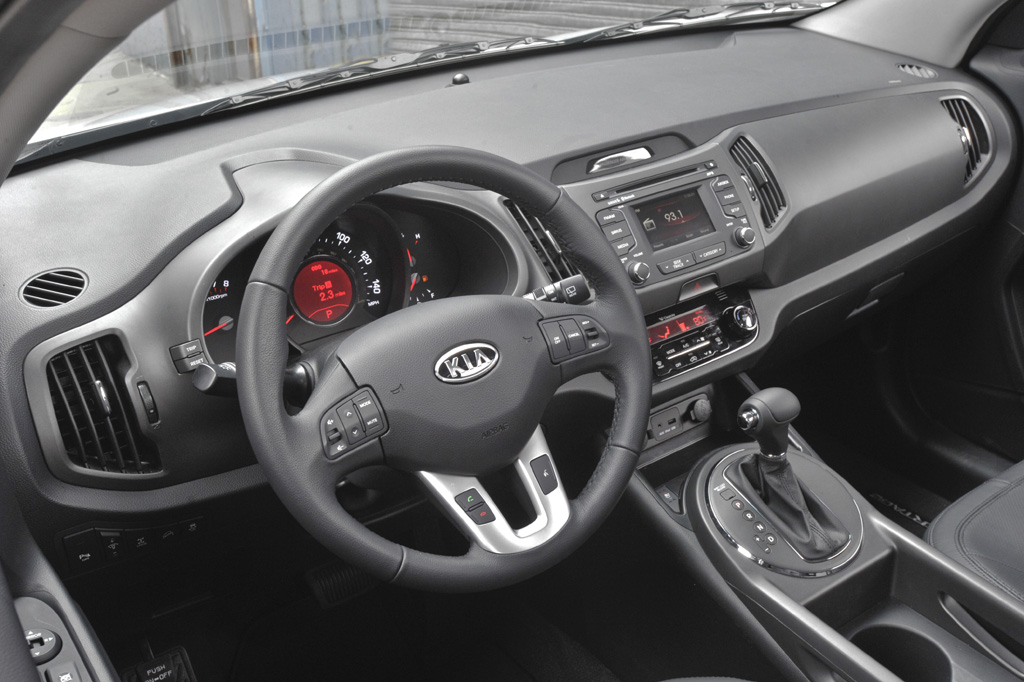 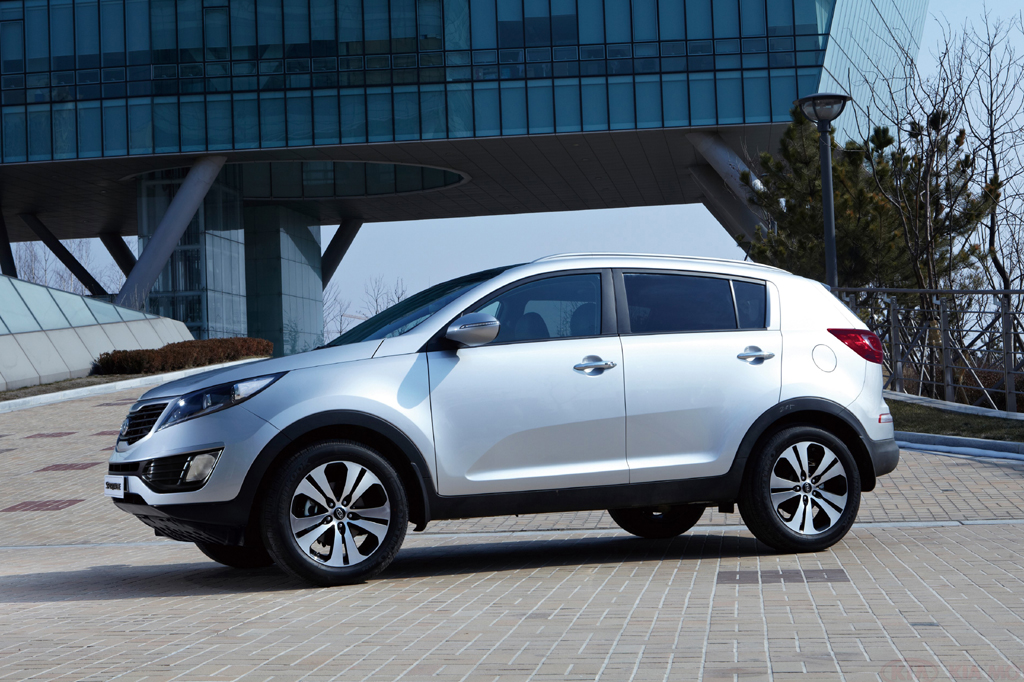 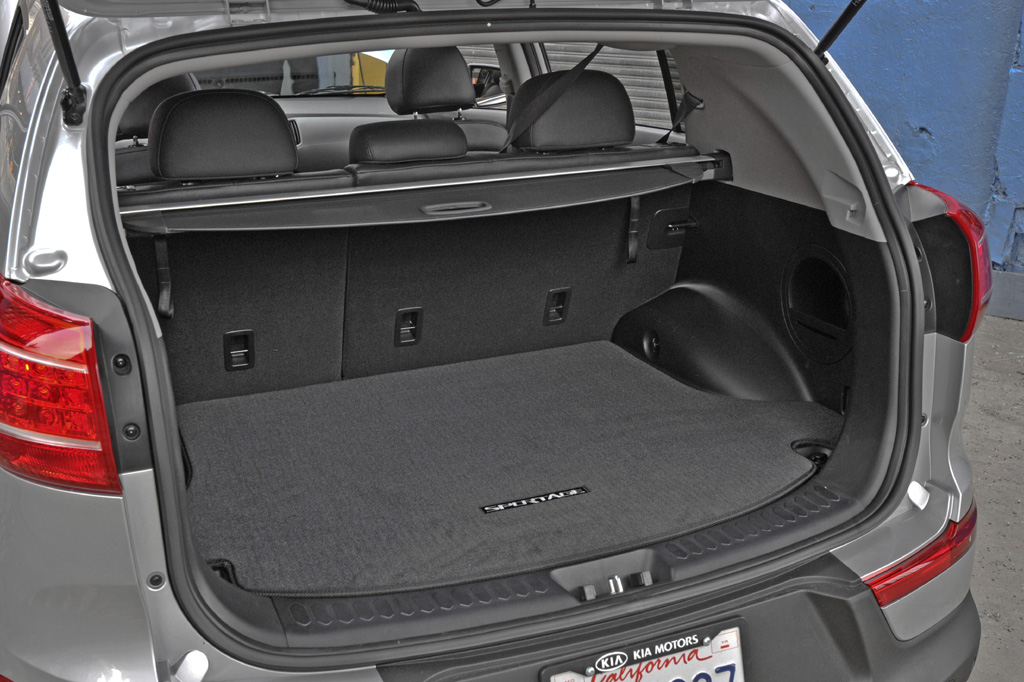 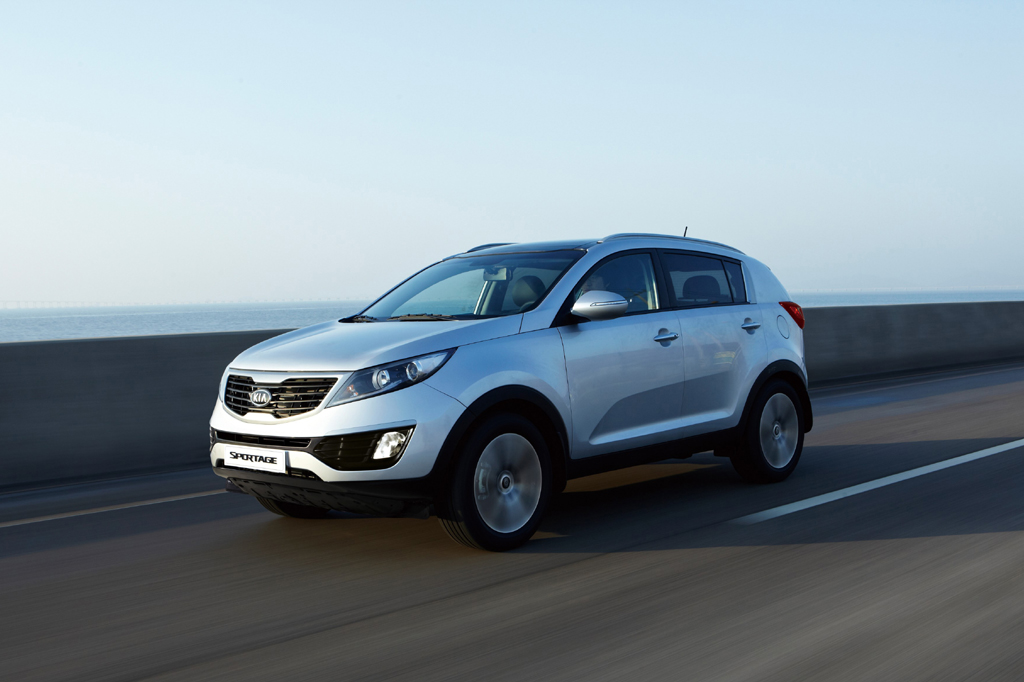 Some visibility was sacrificed to the racy styling, and interior materials and fuel economy fall a bit below par for the class. Otherwise, Sportage delivers a host of standard features, plus an impressive list of luxury options that might be installed on a used example. Our Recommended (2011-12) nod goes to the high-value LX and EX trim levels. The SX’s quicker acceleration and sharper handling can’t overcome its noisy engine, stiff ride, and higher price when new, though price differences between models tend to be smaller on the used-car market.

Redesigned for 2011, Kia’s smallest crossover SUV gained freshened styling along with new powertrains. Sportage shared its platform with the Hyundai Tucson, but had unique styling inside and out and offered a different mix of features. Sportages came in Base, LX, and EX trim levels, each with a standard 176-horsepower, 2.4-liter four-cylinder engine. The top-line SX model held a turbocharged 256-horsepower, 2.0-liter four-cylinder. These replaced a 140-horsepower, 2.0-liter four-cylinder and a 173-horsepower, 2.7-liter V6. A six-speed manual transmission was available only on the Base Sportage. Standard on all other models was a six-speed automatic. All Sportages were available with front-wheel drive; all-wheel drive was optional on LX, EX, and SX. The AWD system lacked low-range gearing, but a dashboard switch could lock in a 50/50 front/rear power split. The SX model had a sport suspension and unique trim.

With the automatic transmission, Sportage LX and EX models offer decent acceleration from a stop. Passing power is limited, but the transmission does its part by kicking down to a lower gear fairly quickly. The turbocharged SX is stronger in all situations. Lag is minimal, but torque steer and wheel spin are a problem on front-drive versions, particularly when the pavement is wet. This is not an issue on the AWD SX. Like its non-turbo counterparts, the SX benefits from a smooth, responsive automatic transmission.

Fuel economy falls short. In Consumer Guide testing, a front-drive Sportage LX averaged 19.8 mpg, and an AWD EX averaged 18.4. An AWD SX averaged 18.7 mpg. These numbers aren’t very impressive, even for testing that was done in mostly city driving. All engines, including the turbo, use regular-grade gas.

Although the firm suspension feels well controlled, a Sportage doesn’t filter out bumps as well as many class competitors. That goes double for the SX. Its sport tuning and lower-profile tires allow passengers to feel just about every pavement imperfection.

Body lean is well-checked in fast turns, but the steering feels somewhat light and lifeless, at least on the LX and EX. The steering is more firm and direct in the SX. That model’s moves are sharper all around, but we don’t think it’s worth the tradeoff of a harsher ride.

Wind and road noise are well controlled at all speeds. The standard engine is impressively smooth and quiet for a four-cylinder, becoming loud only at higher engine speeds. The SX’s turbo engine is noisier, but not annoyingly so. SX also has more tire and cabin noise than other models, and suffers from copious coarse-surface tire thrum.

Audio controls are mounted high within easy reach, but whether or not the car has a navigation system, radio-station presets are virtual buttons on a dashboard screen. The navigation unit is generally easy to program, but some operations, such as turning off voice guidance, are not intuitive. Climate controls are at mid-dash and easy to reach. With the available dual-zone automatic climate control, temperature is adjusted via rotary knobs, but mode and fan speed are governed by inconvenient pushbuttons. While most interior trim is unyielding plastic, it looks nice for the price. Overall, materials are high quality, solid, and well assembled. The SX offered optional contrast piping and other trim in a choice of orange or blue. The latter color is the better choice as the former makes the interior visually too loud.

Step-in height is modest and front occupants get plenty of headroom and legroom. The available ventilated driver’s seat is an unexpected convenience, but the lack of one for the front passenger was a strange omission. Visibility is not a strong point. Front and side roof pillars are quite thick and thus hard to see around. Worse, the rear pillars are huge, blocking everything to the back corners. A small rear window doesn’t help matters, either.

Backseat legroom is sufficient for 6-footers, but they might lack headroom if an optional panoramic sunroof has been installed. Foot space is tight if the front seat is lowered. An intruding wheelwell arch slightly hinders egress.

The cargo area has a handy under-floor bin and several convenient tie-down hooks. The floor is level with the hatch opening, making it easy to slide items in and out, but we’ve bemoaned the lack of a separate-opening hatch window. Rear seatbacks easily fold nearly flat, though the headrests need to be removed if the front seat is set far back. Cabin storage is merely adequate, with a small glovebox, decent-size console box, a pair of open console cupholders, a small dash bin, and the usual map pockets.

2011, 2012, 2013, 2014, Kia, Used
For more than 50 years, car shoppers have been relying on Consumer Guide Automotive. Our editors test drive and thoroughly evaluate virtually every new car, truck, minivan, and SUV sold in America.