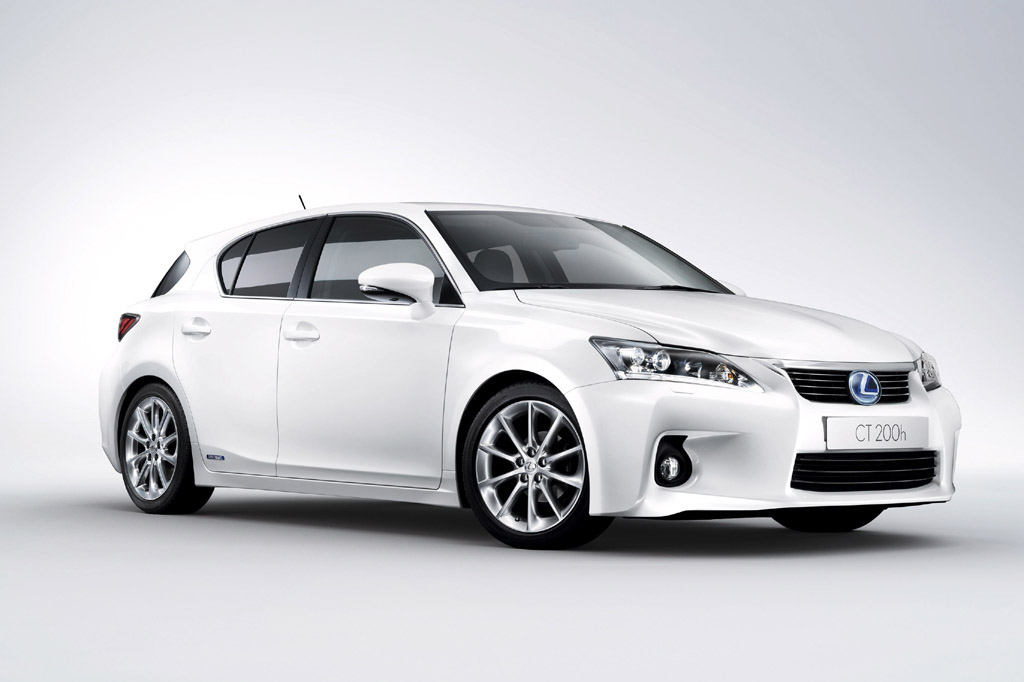 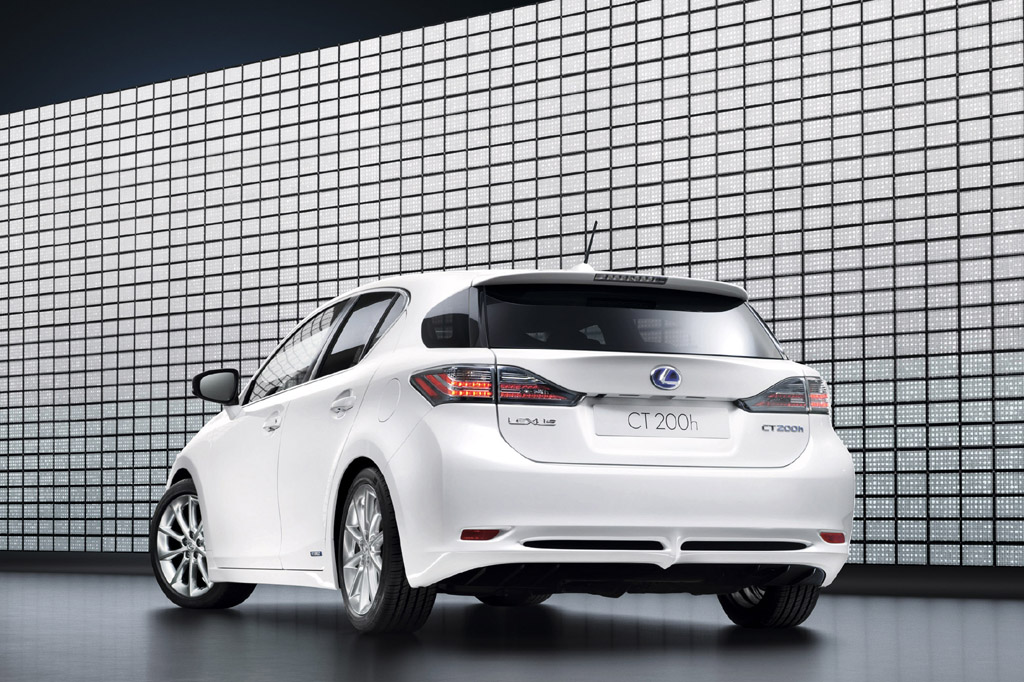 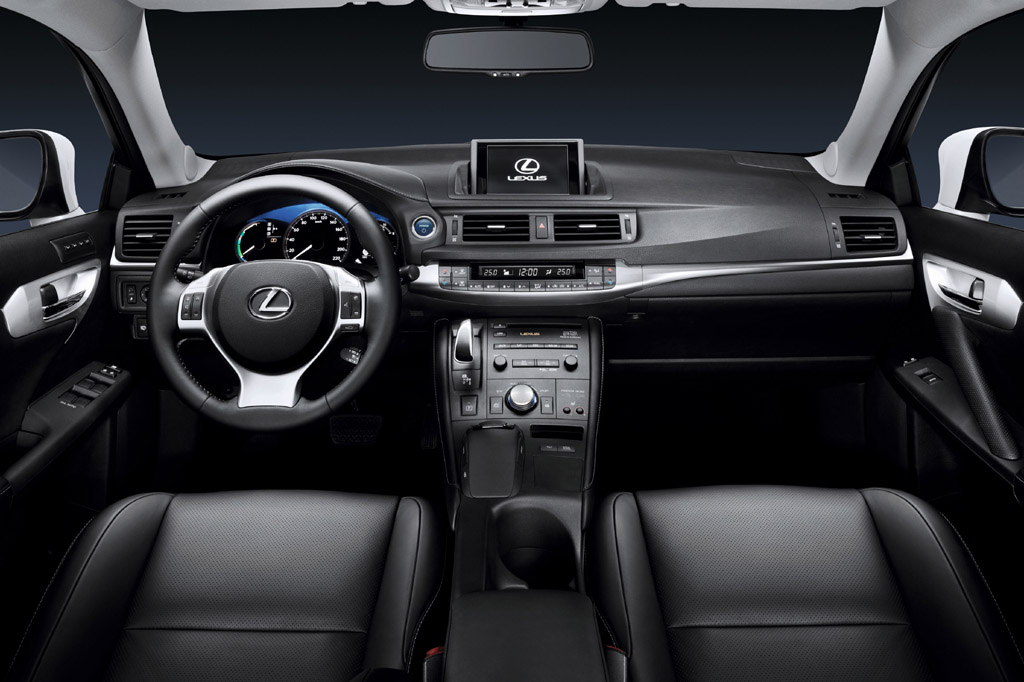 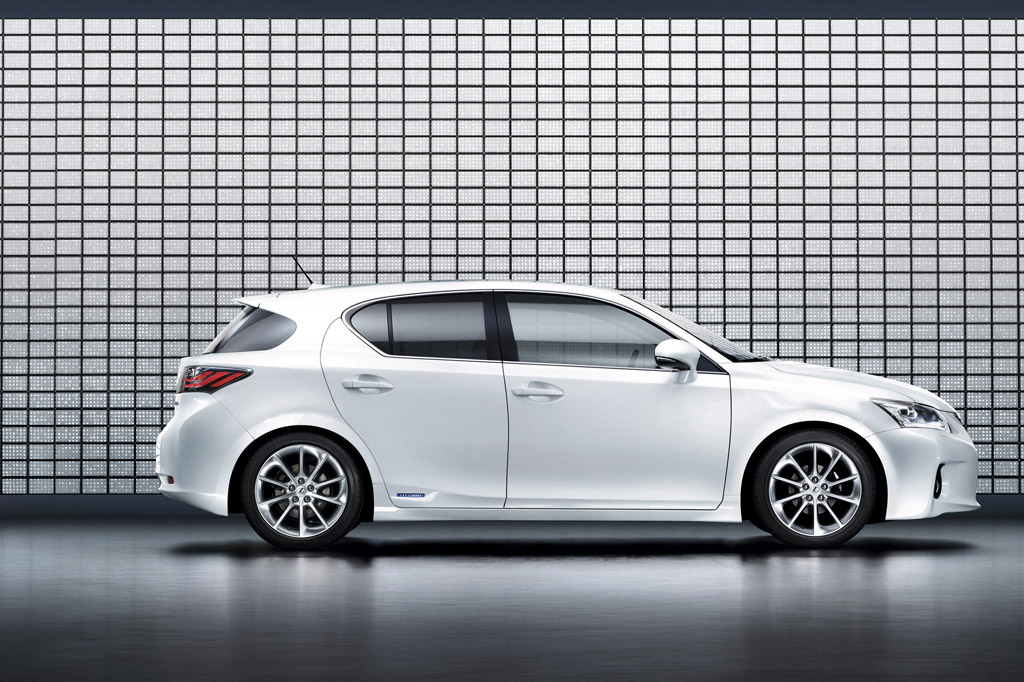 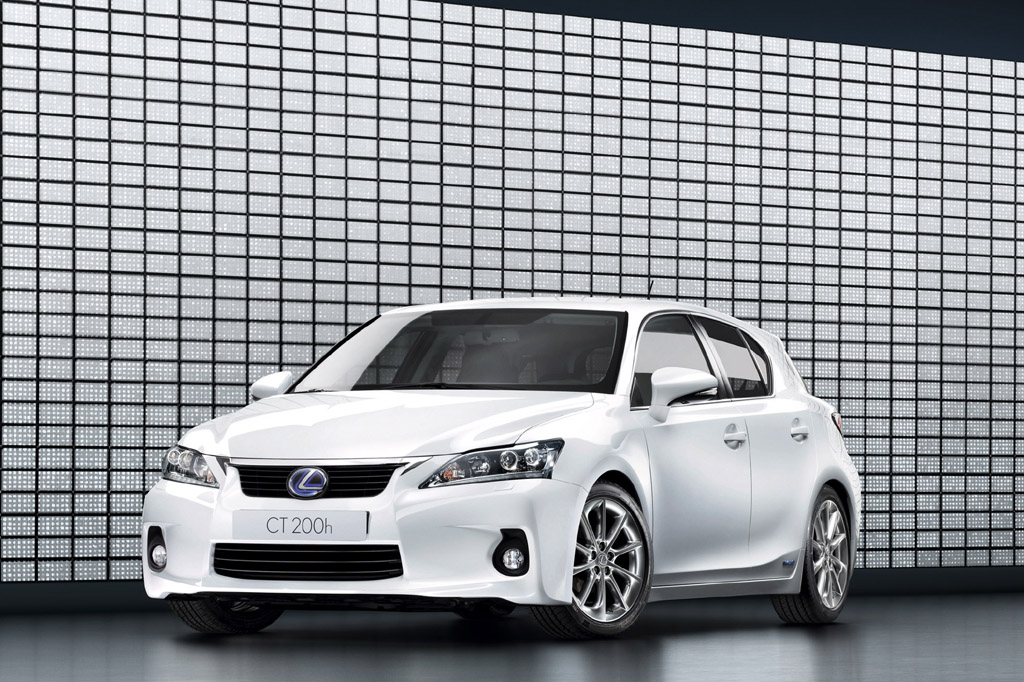 Lexus positions the CT 200h as a fuel-sipping alternative to the Audi A3, BMW 1-Series coupe, and Volvo C30. While it sacrifices ultimate performance to those rivals, its levels of luxury and utility are quite similar. New-car prices for step-up models have been lofty, causing CT to be outclassed by its competition in pretty much every way. Used-car prices might be more tempting. Still, unless you place top priority on the Lexus badge and the privileges of ownership that entails, you would be better served with the thriftier, more practical, mechanically similar Toyota Prius.

The Lexus CT 200h debuted for 2011 as the newest gas/electric hybrid car from Toyota’s luxury division. This premium-compact car was smaller than the Lexus HS 250h, the brand’s other dedicated hybrid. CT 200h was a four-door five-passenger hatchback that paired a 98-horsepower, 1.8-liter four-cylinder gasoline engine with a battery-powered electric motor for a combined 134 horsepower. Like most hybrids, it used a continuously variable transmission (CVT) that behaves much like an automatic. The car could run on one or both of its power sources to balance acceleration and fuel economy, and no plug-in charging was ever necessary. Drivers could select from four different powertrain modes: Normal, Eco, Sport, and EV. Normal was for everyday driving. Eco and Sport altered throttle response to suit high-economy and sporty driving, respectively. EV allowed the car to run at up to 28 mph solely on electric power, for up to 1 mile.

In the CT 200h’s hybrid powertrain, a 98-horsepower, 1.8-liter four-cylinder gasoline engine worked with a battery-powered electric motor, using a combined 134 horsepower. All models had a continuously variable transmission (CVT).

The CT’s powertrain is very similar to that of the Toyota Prius. Since the two cars also weigh about the same, acceleration is similar. Throttle response is almost intolerably slow in Eco mode, still somewhat dull in Normal, but quite good in its Sport setting. As in the Prius, a bit of shudder may be felt whenever the gas engine kicks in.

In Consumer Guide testing, we averaged 44.7 mpg. Though this result is not as strong as what we’ve seen from a Prius, it’s still quite good. The CT uses regular-grade gas.

A CT 200h rides fairly stiffly for a luxury-oriented car. Even small bumps register through the firm suspension. Overall, the body structure doesn’t feel as solid as a Lexus should be.

Touchy on-center steering can make the CT dart a bit off-course on straight roads. Sport mode amplifies that effect and adds more weight to the steering at low speeds–perhaps too much for some drivers. There’s little body lean in fast corners. Our overall impression is of a car that’s only a little more nimble than the hybrid norm, and not nearly as sporty as Lexus would like us all to believe. Brakes are also touchy, with some surging just before coming to a stop.

Wind and road noise are fairly muted at highway speeds. Bump noise intrudes around town, and the engine groans loudly under acceleration. We expect Lexus cars to be well isolated, but the CT 200h disappoints in terms of noise.

With or without a navigation system installed, the climate controls are mounted high within easy reach, but nearly all are tedious repetitive-step pushbuttons. Audio controls are mounted low and recessed, but also easy to reach. Without navigation, they consist of simple buttons and knobs. With navigation, however, most functions get absorbed into the dashboard screen, making adjustments slightly more complicated. The navigation system operates off a console “joystick” knob. Many surfaces have padding, but it’s thin. Available two-tone color combinations spice up an otherwise sedate cabin, as does the optional light wood, medium wood, or metal trim that could replace the standard black. The standard NuLuxe upholstery does a fair job of looking and feeling like leather, but the optional leather is noticeably richer. Heated seats have been optional, but cooled/ventilated ones were not available. The overall interior effect fits the CT’s premium aura.

Adults up front get sufficient headroom and legroom on comfortable seats, but the seating position is low enough to make entry/exit awkward for taller folks. When rotated to the side, the sun visors don’t come close to covering the side windows, and they neither extend nor have pull-out panels. Visibility is good to the front corners but only average to the sides. Rear-corner visibility is poor with the rear-seat headrests up, but lowering them (a rather awkward process) unveils a helpful rear-quarter window.

Lexus’s CT is considered a compact, and it shows in rear-seat accommodations. There’s sufficient headroom, legroom, and toe space for someone nearly six feet tall, but legroom virtually disappears if the seat in front is pushed far back. A center rider will be squeezed. The door opening is narrow enough to catch your hip on the way out.

The squared-off hatchback body style makes for a useful cargo area; but a high floor, which sits level with the top of the rear bumper, limits the height of objects that will fit. The optional audio system added a rear speaker in the side wall that limits the width behind the rear wheel. Rear seatbacks fold easily and completely flat, as long as the rear headrests have been folded down or the front seats aren’t far back. Cabin storage consists of a good-sized glovebox, small console box, two cupholders, a shallow console tray and small console bin (both of which are lost with the optional navigation system), and map pockets.