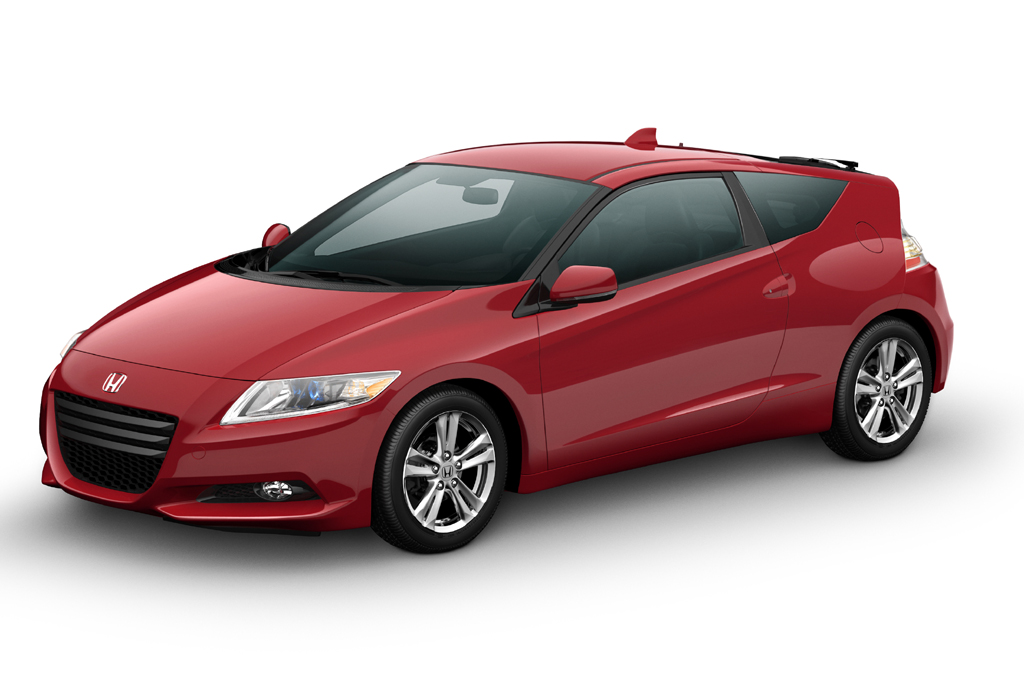 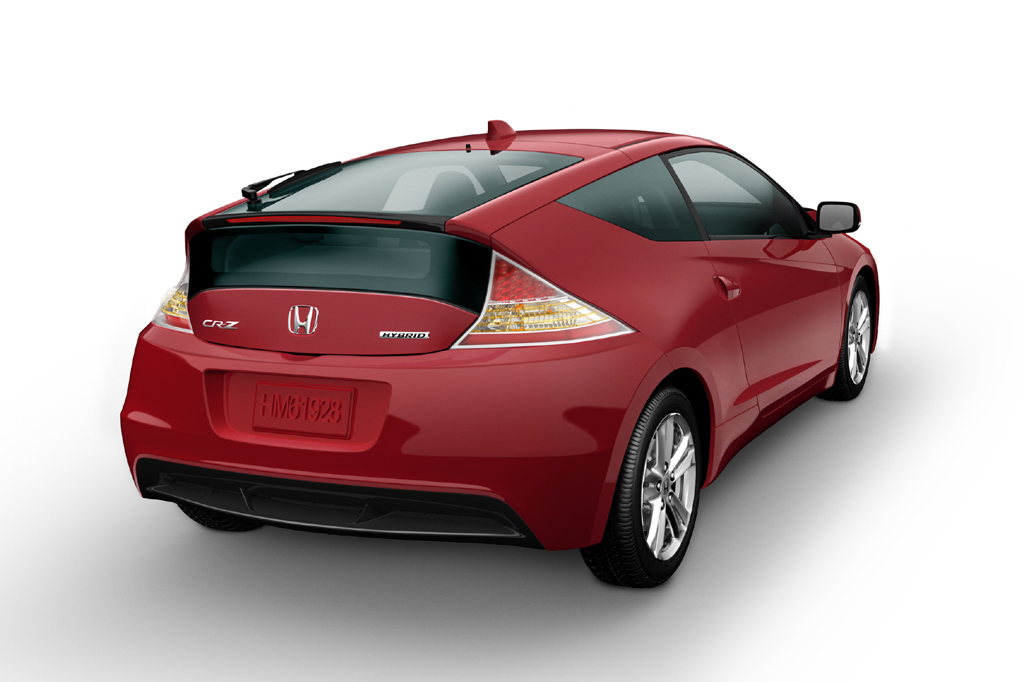 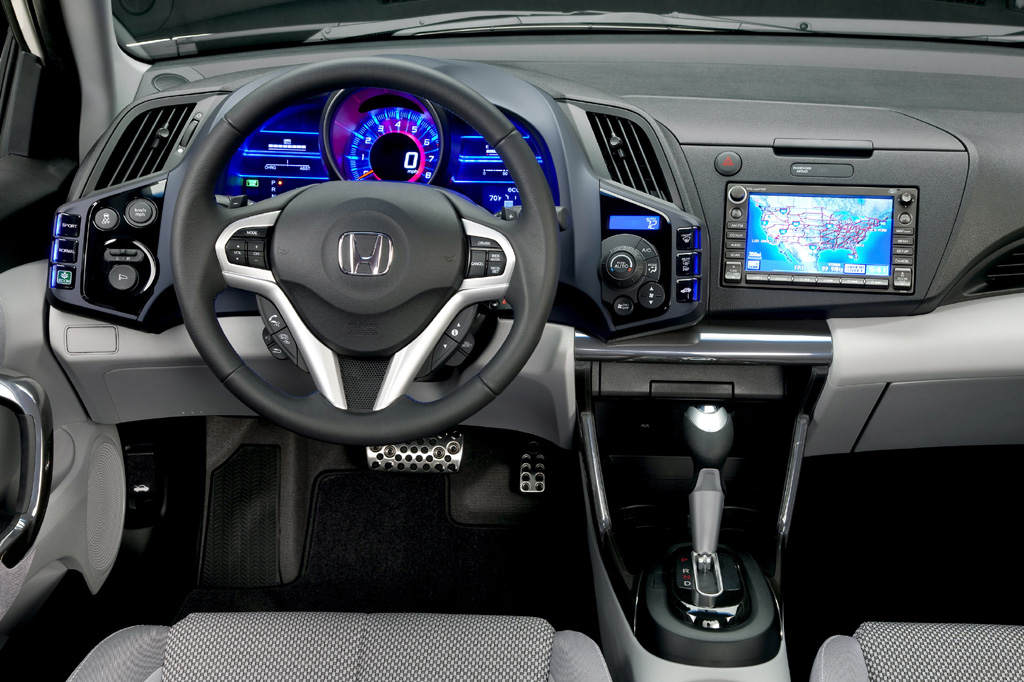 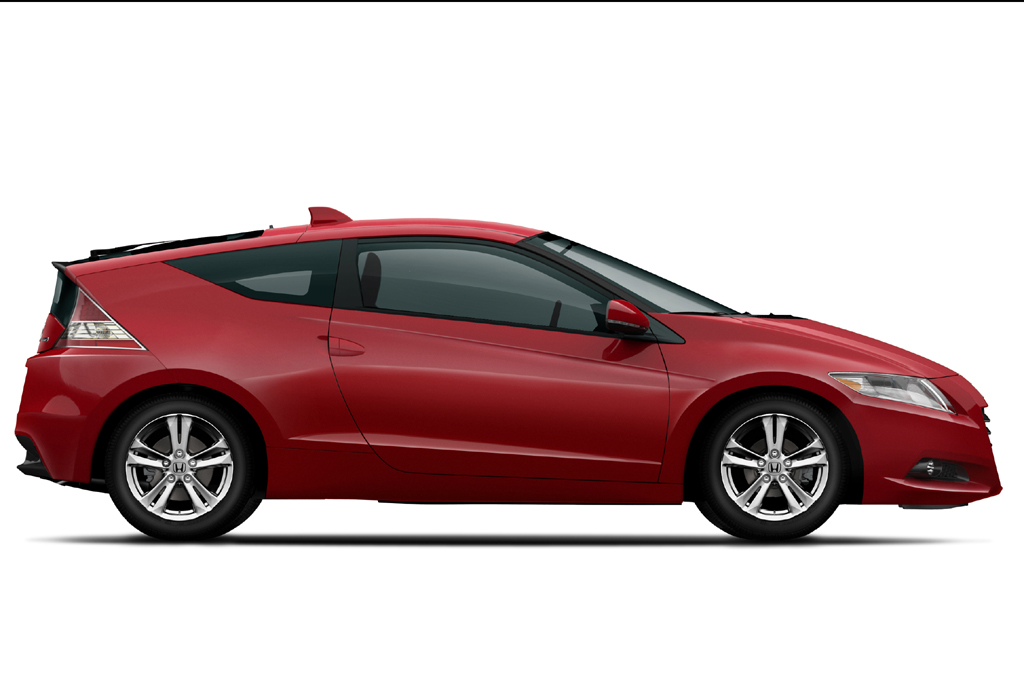 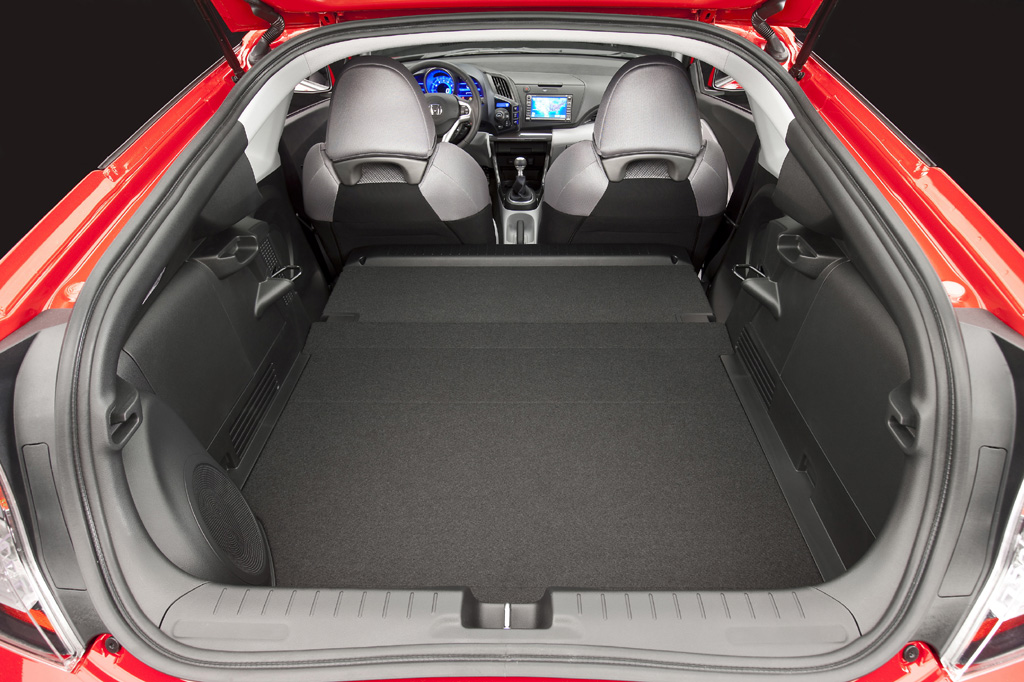 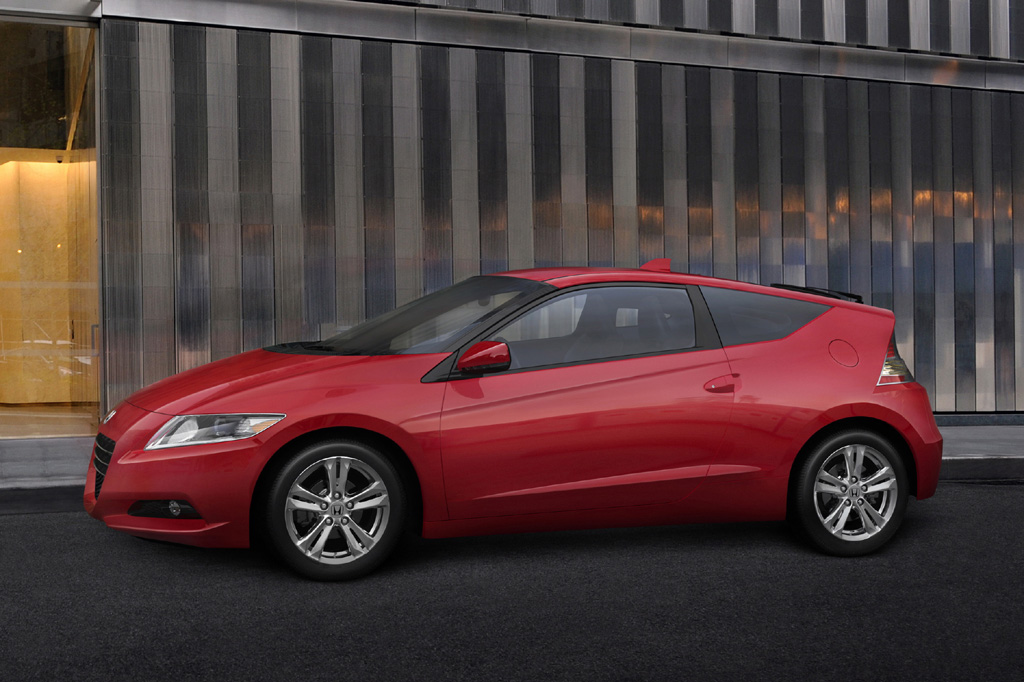 While the idea of a sporty car that’s also a gas/electric hybrid is a bit puzzling, we can’t complain much about Honda’s execution of the concept. A CR-Z gets great fuel economy while being solidly built, pretty fun to drive, and not outrageously priced when new. Of course, two-passenger seating, a small cargo area, and restricted visibility limit its appeal. However, if you want to lower your fuel consumption and have a good time doing it, you’d do well to check out this Recommended (2011-12)sporty hatchback.

Launched for 2011, the Honda CR-Z was a brand-new, sport-themed gas/electric hybrid from this Japanese automaker. Specifically, CR-Z was a two-passenger, two-door hatchback that came in Base and uplevel EX trims. CR-Z shared some elements of its basic design with the Honda Fit subcompact car and the Honda Insight hybrid four-door. In the hybrid powertrain, a 1.5-liter gasoline four-cylinder engine worked with an electric motor for 122 horsepower total. CR-Z required no plug-in charging, and the hybrid system could shut off the gasoline engine at a stop. The car was not capable of running solely on electric power. Transmission choices included a six-speed manual gearbox and a continuously variable transmission (CVT) that behaves much like an automatic.

Standard safety features included all-disc antilock braking, traction control, an antiskid system, front side airbags, and curtain side airbags. All CR-Z models had a “3-mode drive system,” which drivers could set using dashboard buttons. Normal mode was for everyday driving. “Econ” changed engine throttle response and electric-motor operation to prioritize fuel economy. “Sport” altered those same functions to suit performance driving. Automatic climate control and a tilt/telescopic steering wheel were standard. EX versions had a wireless cell-phone link. A navigation system was available on the EX, and versions so equipped were priced as separate models. CR-Z competitors included the gas-engine Mini Cooper and Scion tC, and the diesel-powered Volkswagen Golf TDI; but no comparable subcompact sporty hybrid could be found at any dealership.

Each CR-Z contained a 1.5-liter gasoline four-cylinder engine, which paired with an electric motor for a total of 122 horsepower. Two transmissions have been available: a six-speed manual and a continuously variable transmission (CVT) that behaves much like an automatic.

Regardless of transmission, a CR-Z delivers middling acceleration. The three driving modes are easily discernible. Sport has the sharpest throttle response. Econ dulls acceleration and also directs the driver to upshift below 2,000 rpm via on-screen prompts. Normal falls right between the other two. The main difference between the manual gearbox and CVT lies in their behavior when starting off from a stop. No CR-Z jumps off the line, but the manual feels more powerful, and it’s a delight to shift. Our CVT-equipped test car would occasionally bog down and jerk when accelerating from a standstill.

Ride quality is better than expected. Although its short wheelbase results in some hobby-horse pitching over bumps, the CR-Z is quite well composed otherwise. Credit prudent suspension tuning and modestly sized 16-inch wheels for CR-Z’s solid feel and good bump absorption.

A CR-Z is quite nimble, but not as outright sporty as Honda claims. This is primarily caused by moderate front-end dive during breaking and cornering, and early-onset squeal from fuel-economy-biased tires, during even moderate cornering. Steering feel, on the other hand, is very good, especially with the tri-mode drive system in its Sport setting. Braking is strong and stable with good pedal modulation, which is a pleasant surprise given the unnatural feel of many gas/electric hybrid cars.

The gas engine is rather loud when accelerating, but that sound fades away while cruising. You can occasionally hear the battery pack’s cooling fan while it’s active, which is bothersome at times. Wind noise is well suppressed, and moderate road ruckus is on-par for a sporty two-seat hatchback.

We appreciate CR-Z’s “3D” gauges, as well as the green-blue-red fuel-economy reminder “halo” around the speedometer. Climate controls are convenient and simple. The navigation system is the same as that used in Honda’s Fit and Civic. It absorbs audio functions, which complicates some adjustments. In addition, its high placement on the central dashboard puts a few functions just out of easy reach, which is problematic given the CR-Z’s low-slung seating.

The CR-Z interior is an interesting blend of shapes and textures. Overall ambiance is sporty and modern, with the chrome-finish door handles lending a bit of class. One test car suffered from a few uncharacteristic interior rattles.

Most adults will have sufficient headroom and legroom. Be careful when raising the seat bottoms, as your head might brush the headliner in fairly short order. Oddly, the seatbacks for the driver and passenger each feel different. The driver’s seat is very comfortable and supportive. The passenger seat in cars tested suffered from a noticeable bulge in the lower-back area. No lumbar adjustment has been offered. Rear visibility is subpar. The main rear window is raked sharply, and the horizontal bar between it and the smaller glass below is right in the driver’s line of sight. CR-Zs have no rear seating.

Cargo space falls short of most hatchbacks. The cargo area is on the shallow side. Honda claims two golf bags will fit, which is believable, but anything beyond that will have to squeeze in elsewhere. A flip-down partition ahead of the main cargo area folds to create additional space, and there is some storage behind the seats, which have handy closable lids. Cabin storage consists of a small glovebox, a couple of cubbies under the audio controls, and tiny door pockets. No center console is included, but one has been available as a dealer-installed accessory.