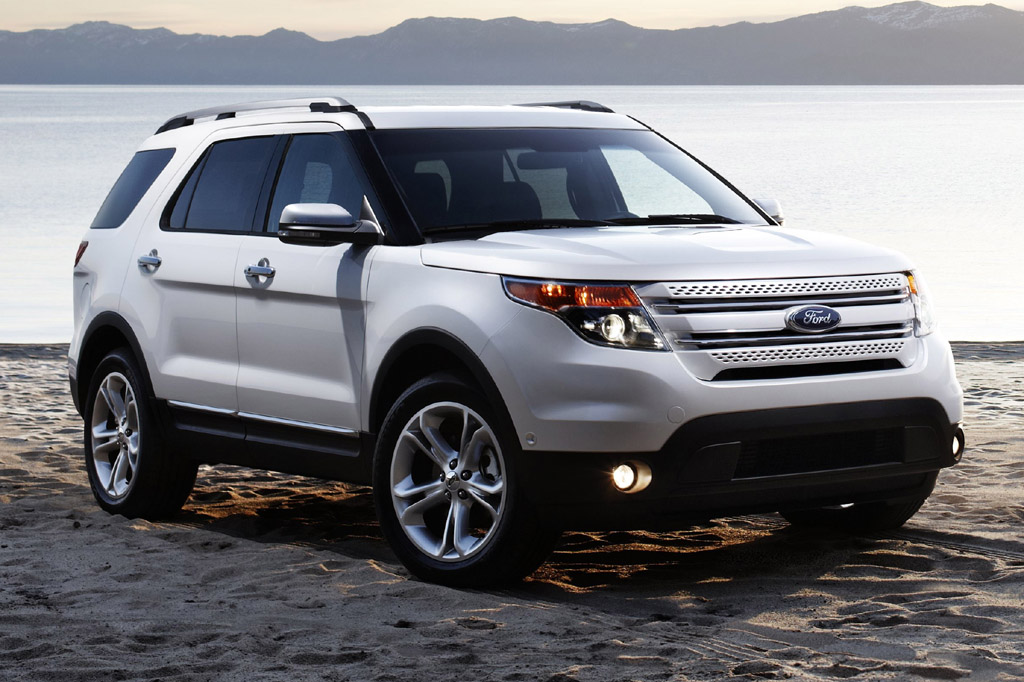 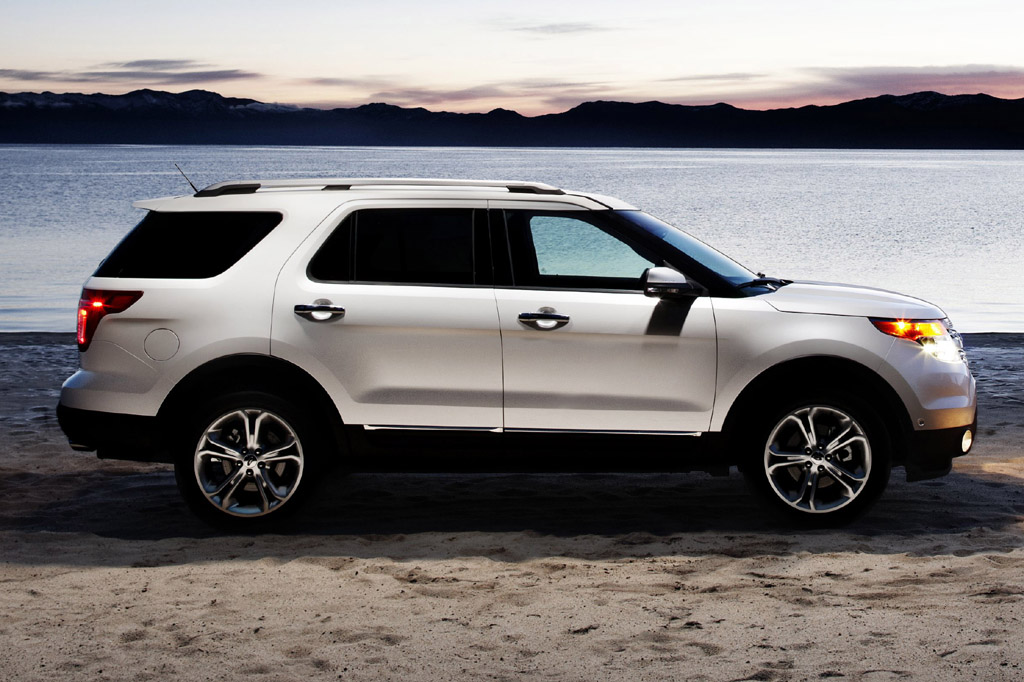 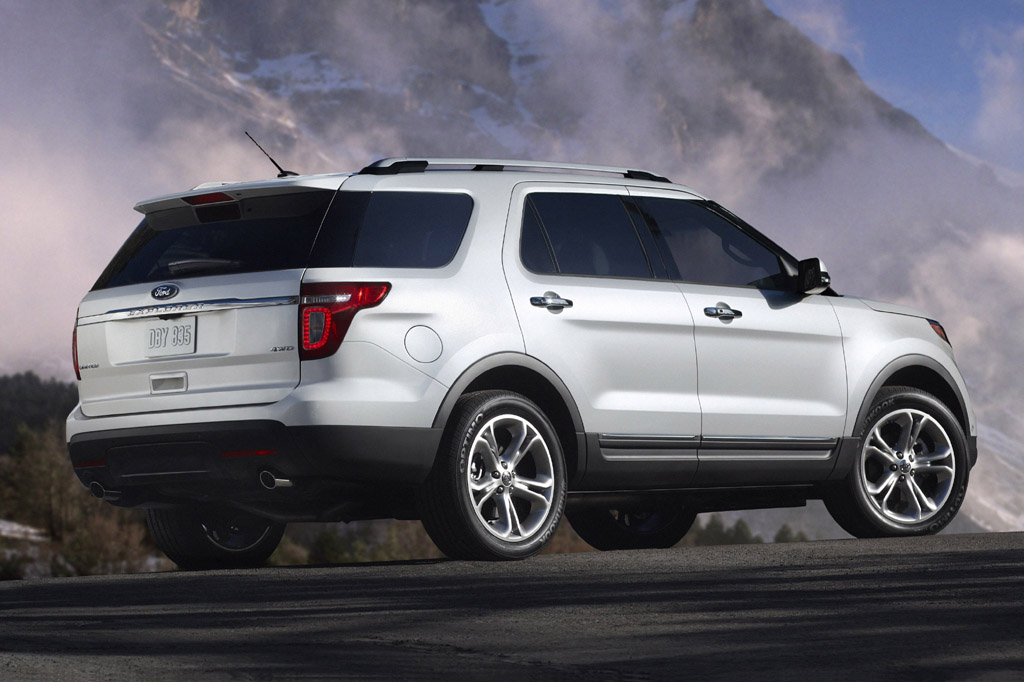 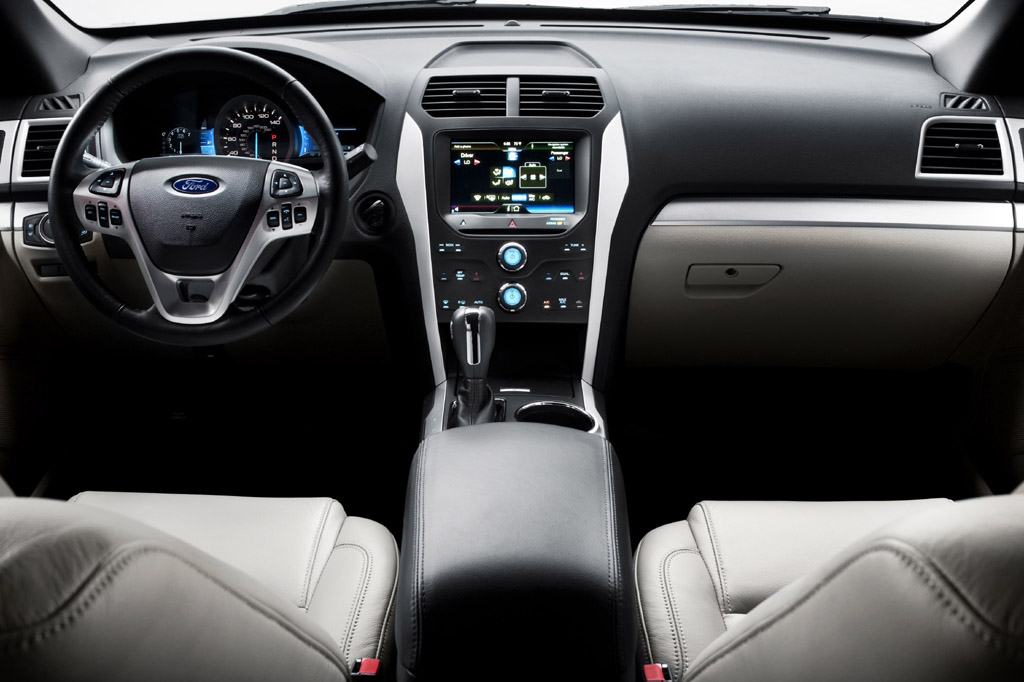 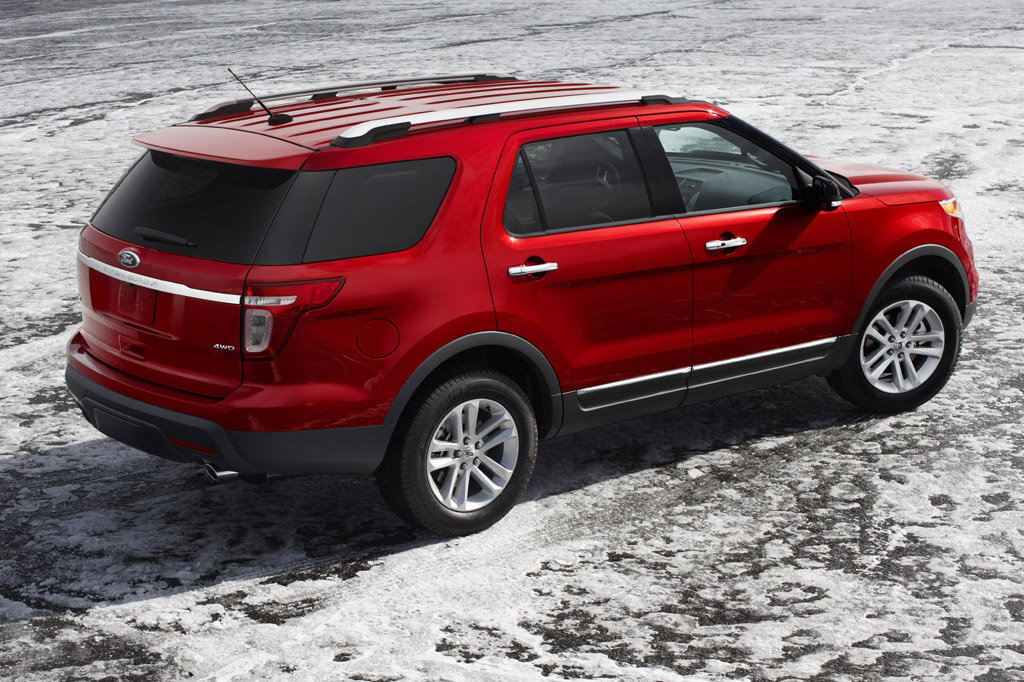 Ford’s re-imagined Explorer is a very nice seven-passenger crossover that, unfortunately, competes against a lot of other very nice seven-passenger crossovers. It’s both competent on-road and more capable off-road than most in this class. Though it’s been an extra-cost option only on 2WD Explorers, the four-cylinder engine introduced for 2012 is a welcome addition. That engine brings the promise of impressive fuel economy (for the class), with laudably minor compromise in overall performance. The MyFord Touch interface and voice-activated navigation system are on the cutting edge of technology, but our experience with it has been less than impressive. Ford officials are aware of the issues and have been working to correct them. Explorer’s third-row seat is tough to access, yet surprisingly comfortable. Overall, this Explorer strikes a good balance between the rugged character of its predecessor and the car-like dynamics of a modern crossover. If that’s what you’re looking for in an SUV, take a close look.

Redesigning of the Ford Explorer for 2011 gave it freshened styling, a new engine, and new features. This venerable nameplate moved to crossover-style unibody construction, sharing elements of its basic design with the Ford Taurus. All previous Explorers had used traditional truck-type construction. Although the 2011 model was about 1 inch shorter in wheelbase than the 2010 version, it measured about 4 inches longer overall. Trim levels included Base, volume XLT, and top-line Limited. Each was available with front-wheel drive or all-wheel drive. The AWD system included a console dial that could alter throttle and other settings to accommodate mud, sand, and snow. Standard on all models was a 290-horsepower, 3.5-liter V6 engine. An optional turbocharged 240-horsepower four-cylinder engine was arrived for the 2012 model year. The sole transmission was a six-speed automatic. Maximum towing capacity was 5,000 pounds with the V6.

Though Explorer has one of the most powerful V6 engines in the class, it doesn’t feel significantly quicker than other midsize SUVs. Rather, the V6 builds power smoothly and steadily. Passing reserves are sufficient, and the transmission is well-behaved. The four-cylinder engine that became optional for 2012 provides adequate acceleration for both around-town and highway driving. Even though the four-cylinder isn’t snappy from a stop, it delivers decent midrange power once underway. A 280-horsepower turbo 2.3-liter four replaced the 2.0-liter turbo for 2016 and represented a gain of 40 horsepower. For the most part, the transmission is alert and smooth, but some downshifts can be abrupt.

In Consumer Guide testing, an AWD V6 model averaged 17.6 mpg. In 2012, the EPA estimate for the V6 engine rose from 23 to 25 mpg in highway driving. Explorers use regular-grade gasoline.

Differences in ride quality between XLT and Limited models come down to tire size, the former having 18s, the latter 20s. Even then, they’re not much different. All models are quite comfortable and composed, even over rough pavement, but a bit more wheel patter comes through on the Limited.

No, it’s not as athletic as the pacesetting Mazda CX-9, but an Explorer can more than hold its own on twisting roads. Its wide stance helps maintain good grip. Steering feel is on the light side, but it’s quick to respond to desired changes in direction. Braking control is good, but marred by spongy pedal action. The available all-wheel drive shares some of its design with systems offered by Land Rover. The console dial adjusts throttle and transmission calibration to suit varying road conditions. An Explorer proved to be quite capable in light off-roading.

Explorers offer near-luxury levels of noise isolation. When you hear it (which is only during full-throttle acceleration), the V6 engine is not as refined as in rival SUVs. It’s virtually silent at cruise. The four-cylinder engine gives up almost nothing to the V6 in terms of sound. Emitting a reasonably refined whir in fast acceleration, the turbo four-cylinder recedes to near-silence in steady-state cruising. With either engine, there’s impressively little coarse-surface tire thrum, and wind noise is also very well suppressed.

All Explorers through 2016 had MyFord Touch, which governed audio, climate, cell phone, and navigation functions. The available Sony-brand audio system has a specific touch panel below the main screen. It has a more high-tech look than the standard panel, but some functions, such as adjusting temperature and fan speed, are more finicky to operate. Some test vehicles have been plagued by glitches with the MyFord Touch interface, including an unresponsive touchscreen, slow operation, and voice control that refused to recognize some commands–despite being spoken slowly, loudly, and clearly. An improved SYNC3 replaced MyFord Touch for 2017.

An Explorer might look a bit bland for some tastes, but don’t let the outward appearance deceive you. The interior is trimmed with nicely textured, soft-touch materials. Metal or woodgrain trim has been available. We’d look for the latter, as it provides a warmer interior ambiance.

Overall front-seat room is very good. Headroom gets trimmed a bit by the available sunroof’s housing, which is only an issue if you have the seats set very high. Ford earns praise for making the sunroof a standalone option, so even if it’s absent, an Explorer might have most every other luxury and convenience feature. Leather upholstery has been standard in the Limited and optional for the XLT, and we would recommend it. The cloth seats are too firm for best long-distance comfort. Leather is soft but still supportive.

The second-row split bench cannot be adjusted fore or aft like setups on some rival seven-passenger crossovers. As such, legroom and knee space range from adequate to cramped, depending on where the front seats are positioned. Access to the standard third row is awkward due to the intrusion of the rear wheel well. Once situated, space back there is surprisingly good. Adults up to about 5’8″ will actually be comfortable for short to moderate-length trips.

Second- and third-row seats fold flat to provide a spacious cargo hold. The multi-step process for folding the third row is more complicated than it should be. A cargo well is behind the third row, but only when the seatbacks are raised. That well is not covered, either. Cabin storage consists of a two-tier glovebox, moderately-sized center console, and large door pockets. Limiteds have been available with a second-row center console that further increases interior storage but cuts seating capacity to six.