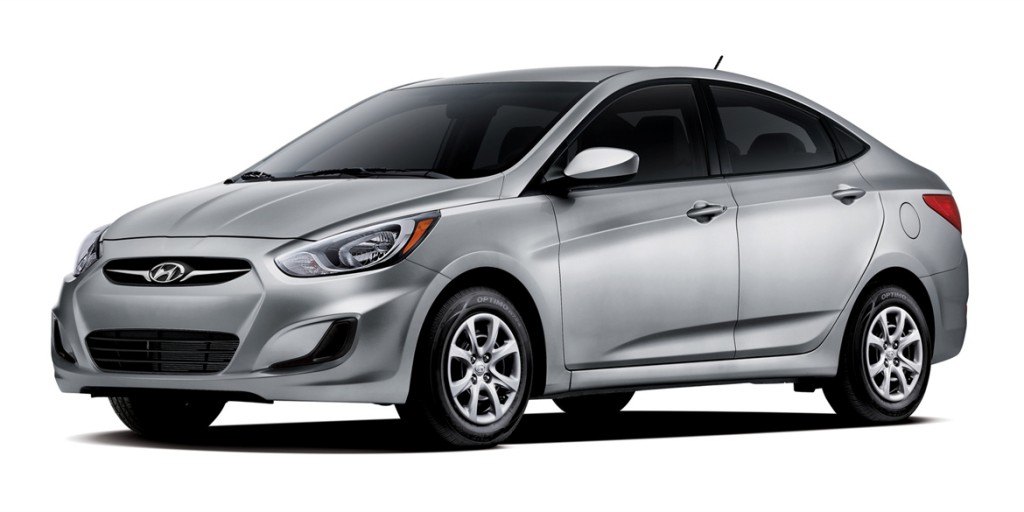 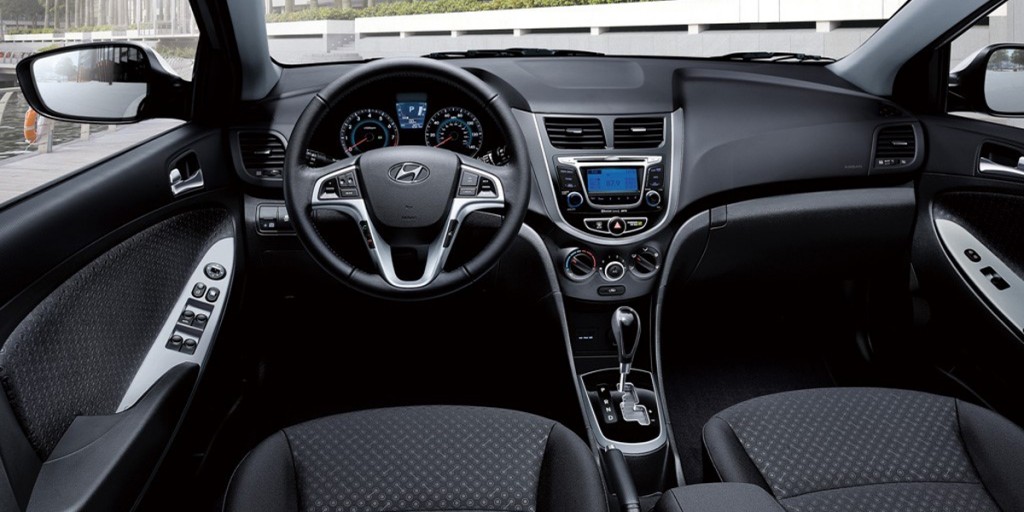 The redesigned Accent moves up a few notches not only in standard safety equipment, available features, power, and fuel economy, but also in price. As such, it’s not the bargain-basement transport it used to be, but it does offer a fine combination of room, refinement, features, and performance for the money. That’s what makes it a Best Buy (2012) subcompact car.

Accent was Hyundai’s entry-level car. Ever looking to move its products upmarket, Hyundai brought a redesigned Accent to market for 2012. The design was supposed to be more high-end. Also higher were prices, more than $2,000 in some cases.

The South Korean-built Accent competed against cars such as the Chevrolet Sonic, Ford Fiesta, Honda Fit, and Toyota Yaris. Note that Accent lent its basic design to the Kia Rio, which was produced by Hyundai’s corporate subsidiary.

New styling and updated features highlighted the redesigned-for-2012 Hyundai Accent. Also new was a 4-door hatchback body style, which replaced the previous Accent’s 2-door hatch. A 4-door sedan returned. The new car rode on a wheelbase that was 2.8 inches longer than the 2006-2011 version.

Accents equipped with the available automatic transmission included a new “Active Eco” button that altered throttle and transmission programming in an effort to increase fuel economy.

The Accent sedan came in a single GLS trim level. The hatchback was offered as the base GS and sporty SE.

Accent had only one drivetrain. All were front-wheel drive and powered by a 138-horsepower 1.6-liter 4-cylinder engine. Buyers did have a choice of a 6-speed manual or 6-speed automatic transmission for both the hatch and sedan.

Accent had only one drivetrain. All were front-wheel drive and powered by a 138-horsepower 1.6-liter 4-cylinder engine. Buyers did have a choice of a 6-speed manual or 6-speed automatic transmission for both the hatch and sedan.

Regardless of transmission, Accent offers adequate acceleration off the line but only modest highway passing response. The automatic downshifts fairly quickly for more power, but frequently hunts between gears on hilly terrain.

In Consumer Guide testing, an automatic-transmission sedan averaged 29.6 mpg. A manual hatchback averaged 32.5 mpg. Our extended-use SE with the automatic averaged 29.3 mpg over its first 11,335 miles. Neither figure is impressive for a subcompact car. Accent uses regular-grade gas.

Ride is better than the subcompact norm. The suspension in the SE, which rides on lower-profile 16-inch tires vs. other models’ 14s, soaks up most bumps with little fanfare. We actually think the SE has slightly better control. One test GLS suffered from occasional clunking over bumps.

Wind and road noise are generally well controlled, though these become a bit intrusive at highway speeds. The engine is loud only at high rpm under brisk acceleration.

Radio and climate controls are within easy reach, though the climate knobs are mounted a bit low. Both feature simple-to-use buttons and dials.

The interior looks nice enough, but it’s awash in hard plastic; not even the door armrests are padded, though the console one is. A few classy trim bits keep things from looking 100 percent low budget.

There’s plenty of front headroom and legroom for taller adults, and even base models have a height-adjustable driver seat. Some of our testers had trouble finding an ideal driving position. A telescopic steering wheel would help, but this feature is not available on most models. Visibility is generally good in hatchbacks, though the tiny quarter windows in the thick rear roof pillars aren’t enough to alleviate a large blind spot to the back corners.

Rear headroom is barely adequate for 6-footers, but they won’t have enough legroom to squeeze in behind a like-size front seater. Egress is fairly easy for such a small car.

At 13.7 cubic feet, the sedan’s trunk is quite spacious. The hatchback’s roomy cargo area can be expanded by dropping the standard split-folding rear seat backs, which can be easily done without having to remove the rear headrests. However, the folded seat backs rest about three inches above the level of the cargo floor, making loading bulky or heavy items a chore. Interior storage consists of a decent-size glovebox, a large forward console bin and a smaller one behind the shifter, two molded-in console cupholders, and door map pockets.