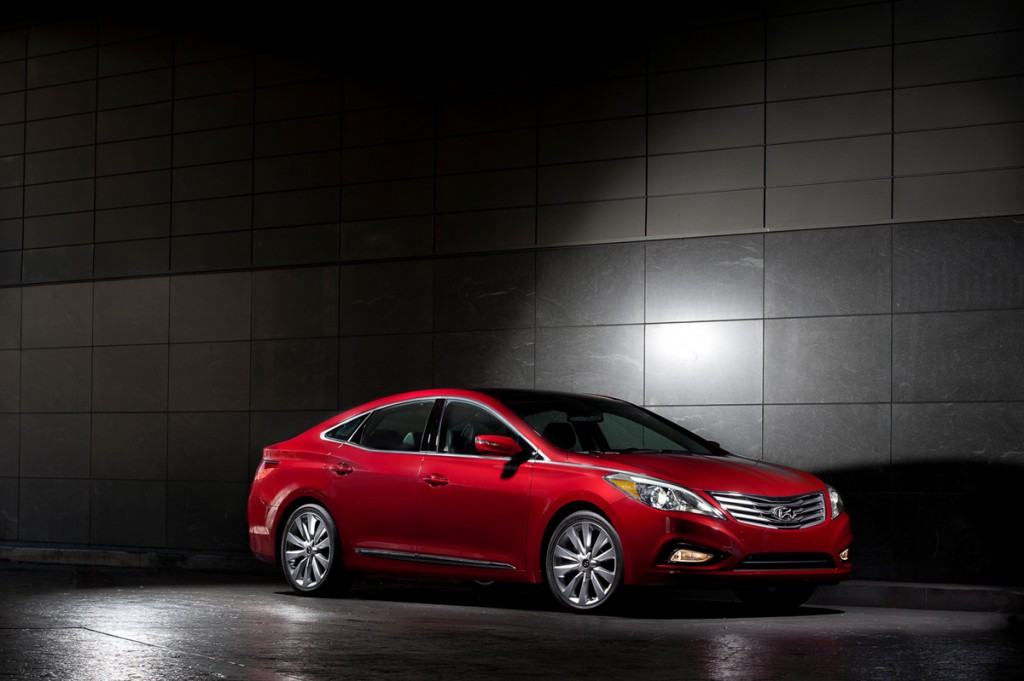 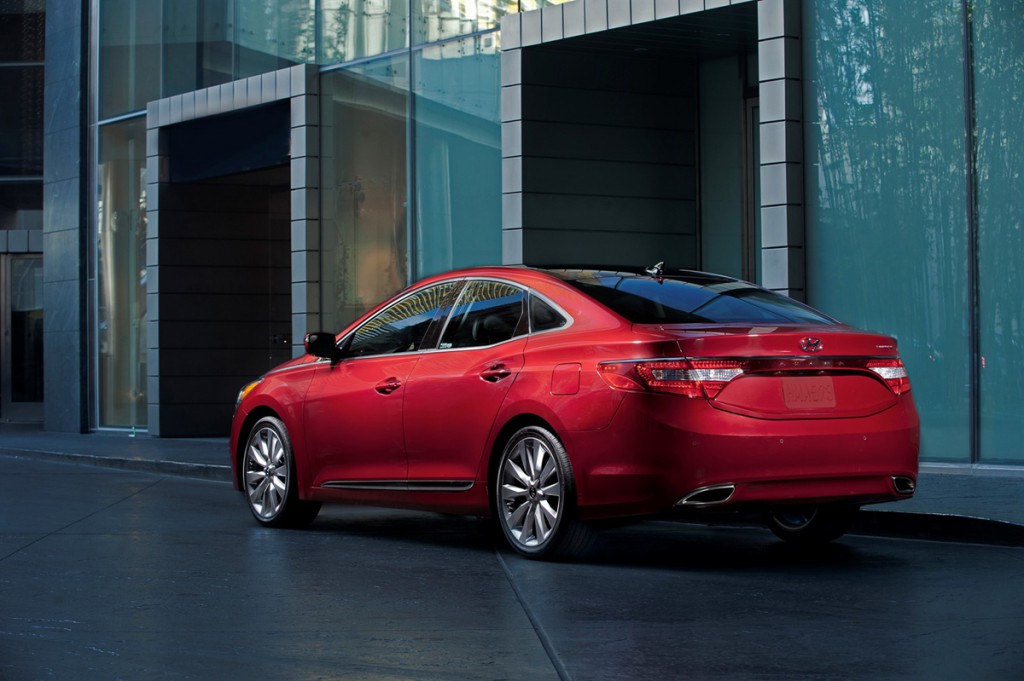 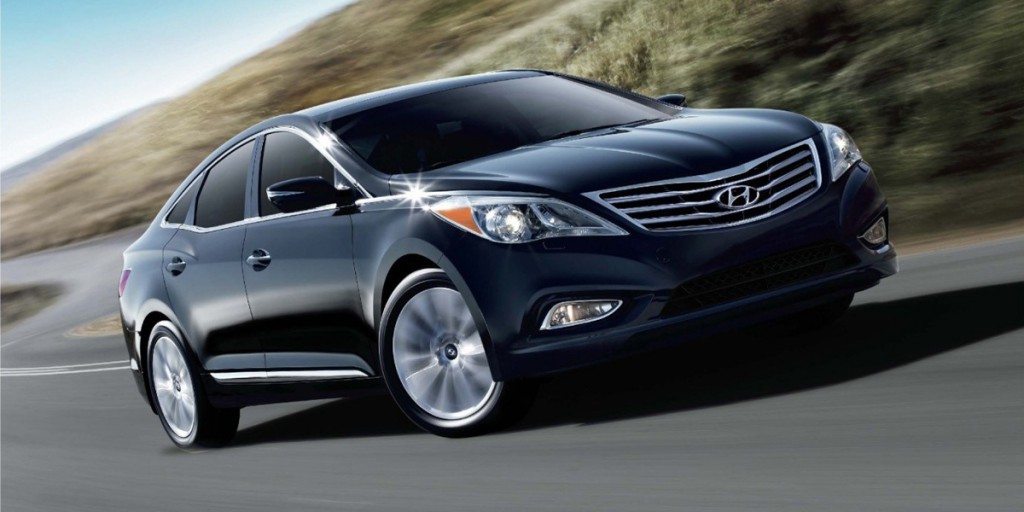 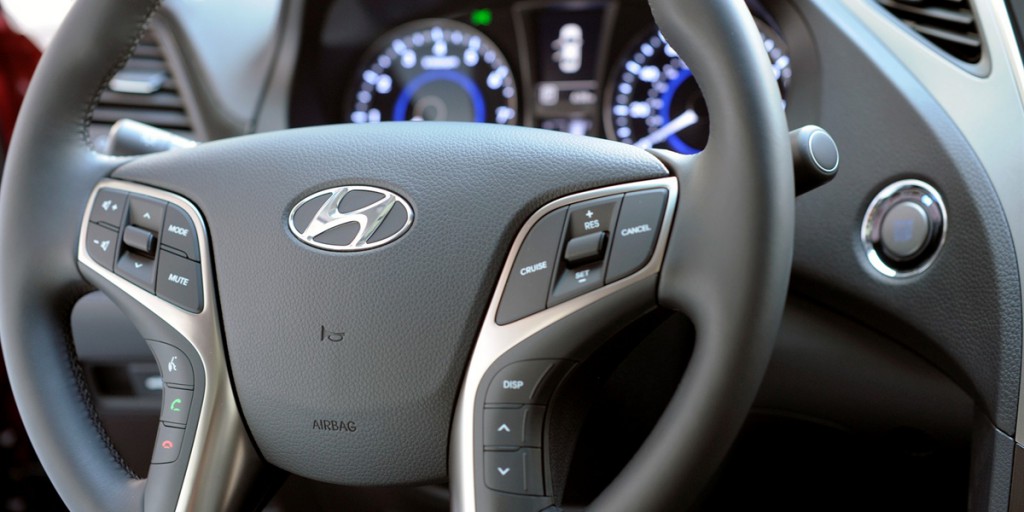 The Azera is something of a “step-up” vehicle in Hyundai’s lineup. It’s bigger, fancier, and more powerful than its Sonata sibling–not unlike the relationship of the Toyota Avalon to the Toyota Camry. Azera is executed well enough in every respect that it is a worthwhile competitor to the Avalon, Buick LaCrosse, and Chrysler 300, even if it can’t quite match those cars in ride composure.

Azera was one of three large cars offered by the Korean brand. Azera was the smallest of the group, the others being the Hyundai Genesis and Hyundai Equus.

Azera arrived in the US for the 2006 model year to replace the dated XG350. It competed against the likes of the Buick LaCrosse, Ford Taurus, and Toyota Avalon.

Aside from its larger overall dimensions, it was hard to tell the Azera apart from the Hyundai Sonata from which this car derived much of its basic design. Azera was more powerful and offered more high-end features than its midsize stablemate.

Aside from updated styling inside and out, Azera was the beneficiary of a new engine and transmission.

The sole engine was a 293-horsepower 3.3-liter V6. It teamed with a 6-speed automatic transmission that put power to the front wheels. The larger Genesis and Equus were rear-wheel drive.

The Hyundai Azera had a standard complement of expected and federally mandated safety features. Rear-side airbags and a driver-knee airbag were standard. Rear-obstactle detection was optional.

The sole engine was a 293-horsepower 3.3-liter V6. It teamed with a 6-speed automatic transmission that put power to the front wheels.

Though Azera is tuned for a smooth “flow” of acceleration rather than snappy response from a stop, its pick-up is pleasingly robust overall. Power is ample in both city and highway driving, and the transmission is cooperative.

Azera absorbs most bumps very well, though its composure over harsh pavement and potholes is not as good as class rivals. Likewise, Azera’s highway ride is not as buttoned-down as its competitors.

Handling is competent and predictable, though Azera is tuned for comfort more than agility. Body lean in corners is minimal for the class. Some testers thought the steering had a velvety, nicely muted feel, but others found it a bit dull.

Quietness is an Azera strong point. Road and wind noise are very well controlled. The engine produces a rich, muted snarl in fast acceleration and quiets down nicely at cruise.

Main gauges are well-lit and easy to read. Some ergonomics are less than ideal, however–tester complaints included the busy center-console control stack, out-of-easy-reach touchscreen, air vents that were awkwardly positioned, and repetitive-step buttons for climate-control temperature and mode.

Azera’s cabin is nicely executed, with lots of soft-touch surfaces and convincingly upscale detailing. It’s a clear step up in quality and materials from Hyundai’s own Sonata midsize sedan.

Front seats are soft, comfortable, and supportive. Passenger space is ample in most dimensions, though the panoramic sunroof’s housing cuts into headroom a bit for tall occupants. The rakish roofline slightly hurts visibility to the corners, but the rear quarter windows and moderate-width roof pillars compensate.

Rear legroom is outstanding, but the sloping roofline means headroom is somewhat stingy. The panoramic sunroof’s housing further compromises the available space; we wish Hyundai would offer it as a stand-alone option separate from the Technology Package. Entry and exit are fairly easy thanks to good-sized door openings.

The trunk and its aperture are both generously sized. The sickle-type trunklid hinges are covered so they don’t crush cargo, and they don’t intrude much on the useable space. The rear seatbacks fold in a 60/40 split, though the pass-through opening they reveal is rather short and the seatbacks angle upward, which will prevent the loading of large items.

Model Tested: 2013 Base with Technology Pkg.