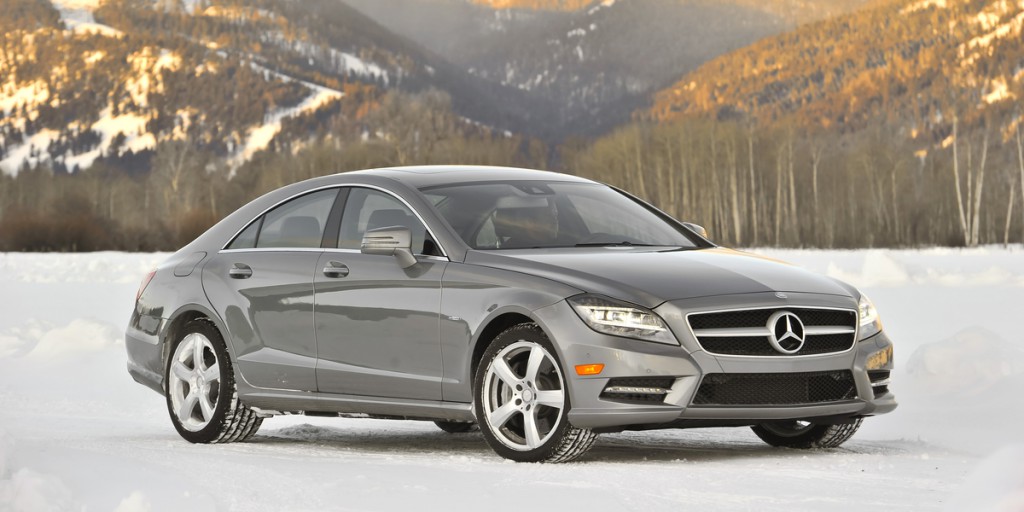 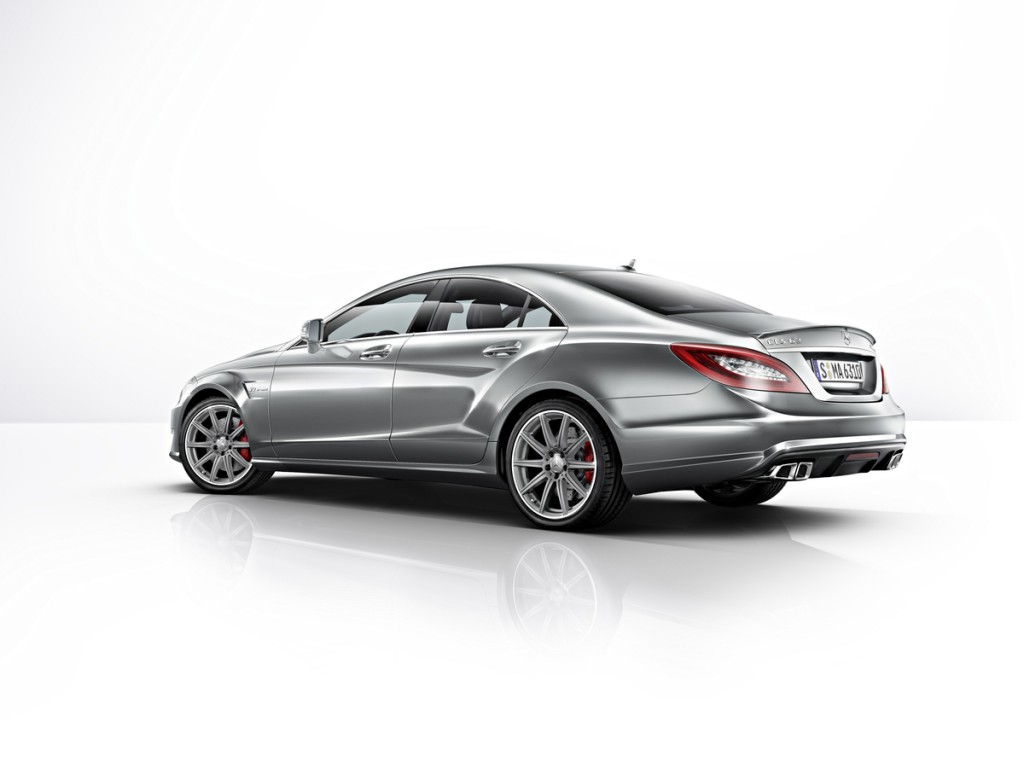 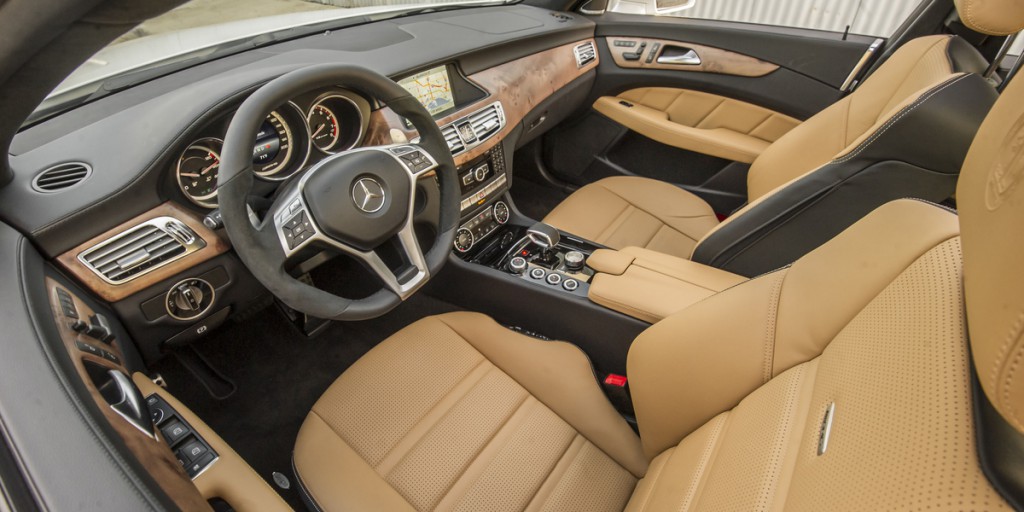 The CLS is based on the Mercedes-Benz E-Class. It lacks that car’s rear seat room and cargo versatility, and it originally cost considerably more. For their money, buyers get svelte, dramatic styling and perhaps even more cache than the Mercedes brand already holds. Power and refinement are exemplary, and the CLS63 AMG offers more of both.

The redesigned 2012 Mercedes-Benz CLS-Class was a midsize 4-passenger, 4-door luxury sedan with a coupe-like roofline. It was based on the E-Class sedan, and priced between the E-Class and the flagship S-Class in Mercedes’ lineup.

Mercedes introduced the original CLS for the 2006 model year, and called it a 4-door coupe. The car kicked off a niche class that was later joined by the Audi A7 and BMW 6-Series. The CLS also vied for sales against a variety of midsize luxury sedans from Europe, Japan, and the United States.

All models use premium-grade gasoline.

In addition to the usual safety features, the Mercedes-Benz CLS-Class came with front side airbags, curtain side airbags with rollover deployment, front knee airbags, brake assist, front-seat active head restraints, Mercedes’ PRE-SAFE system, and Mercedes’ Attention Assist that monitored drivers and warned them when it sensed they had become drowsy. If the PRE-SAFE system detected an impending crash, it tightened the seat belts, closed the windows and sunroof, and moved the driver’s seat to a better position. It was available with PRE-SAFE Brake that warned drivers with audible tones, then applied partial braking and finally full braking as the car approached a possible crash. Other optional safety features included blind-spot alert, lane-departure warning, night-vision camera, front- and rear-obstacle detection, and rear side airbags.

Every CLS has plenty of punch. The CLS550’s V8 offers strong, smooth power with just a hint of turbo lag from a stop. The transmission is alert and responsive, downshifting smoothly when needed for even more thrust. CLS63, with the AMG Performance Package or not, has gobs of torque for knock-you-back-in-your-seat takeoffs. Mid-range and passing power are abundant as well. CLS63’s MCT transmission is occasionally slow to downshift but is otherwise smooth and responsive, though not as immediate as some of the dual-clutch automated manuals on the market. To save fuel, the CLS63’s engine automatically shuts off at stops and instantly re-starts when the driver’s foot is released from the brake pedal.

In Consumer Guide testing, a CLS63 AMG with AMG Performance Package averaged 18.4 mpg. That’s pretty thrifty for a car with 550 horsepower. Note that the CLS63 AMG is not subject to a U.S.-government imposed Gas Guzzler Tax. All models require premium-grade gasoline.

CLS550 offers the smoothest ride of this lot. It is comfortable and composed; only larger bumps disrupt passenger comfort. The adjustable suspension’s sport mode is only a bit firmer than comfort mode. CLS63 features a considerably firmer ride due to sport suspension tuning and larger wheels. The AMG Performance Package’s suspension is quite similar. All CLS63 models suffer from hop and jiggle over broken pavement. Here, the comfort mode helps a bit, but the CLS63 isn’t made for bad roads.

CLS is quite agile for a car of this size, and a fairly tight turning radius makes it quite maneuverable in tight spaces. In all models, body lean through turns is well controlled, and the steering is tight, firm, and direct. CLS63 AMG is even more agile, and the optional performance suspension further aids handling prowess. Braking is strong, but test AMG models suffered from grabby brakes and uneven pedal action with or without the optional carbon-ceramic rotors.

The CLS interior is a generally quiet environment. Very little wind noise, but some road thrum is evident, especially in the CLS63 AMG with its 19-inch wheels. CLS550’s engine lets out a rich, growling note under acceleration and is otherwise docile. The CLS63 AMG’s engine is a constant companion; it snarls to life upon startup and the exhaust is appropriately sporty.

Despite the standard Mercedes COMAND system, the dashboard is a mish-mash of too many buttons, including a few odd icons that will require familiarization. Some may not like the position of the CLS550’s gear shifter, which crowds the steering column. In the CLS63, it’s in a more traditional position near the center console. COMAND controls the navigation system through a low, console-mounted dial. COMAND often requires multiple steps for basic functions, which can be distracting. Climate controls are separate, but COMAND absorbs some audio functions, complicating their use.

Given its high prices, the CLS’ cabin is predictably very appealing and assembled to the highest standards. Materials include elegant leather upholstery, expanses of wood trim, and numerous padded surfaces. CLS63 AMG’s cabin is distinguished by piano-black trim and suede accents.

The CLS’ styling is an example of form over function. It creates a cozy cabin despite the car’s considerable size. It also slightly hinders entry and exit for taller occupants. Up front, legroom is ample but headroom gets tight for those over 6-feet tall. The contoured seats are comfortable and hug occupants during aggressive cornering. Mercedes offers an optional active driver seat with a massaging feature and side bolster that inflate to provide even more support while cornering. The coupe-like rear roof line disrupts the view to the right rear and directly behind.

The rear seat also suffers for the car’s styling, and offers seating for only two, not three. Headroom is tight for anyone over 6-feet tall, and legroom is generally good, but it shrinks significantly for adults when tall occupants sit up front. The advantage of 2-passenger seating, is the individual seats are more supportive than the norm. However, they sit low, which combines with narrow door bottoms to hamper entry and exit.

Though long and wide, the trunk opening is fairly small, especially considering the car’s size. Sickle-shaped trunk-lid hinges take up some space, but they are covered so they will not crush cargo. Trunk space is expanded when buyers choose the optional split-folding rear seats. Interior small items storage is adequate, consisting of a deep center console, cupholders, a fairly large glovebox, and small door pockets.