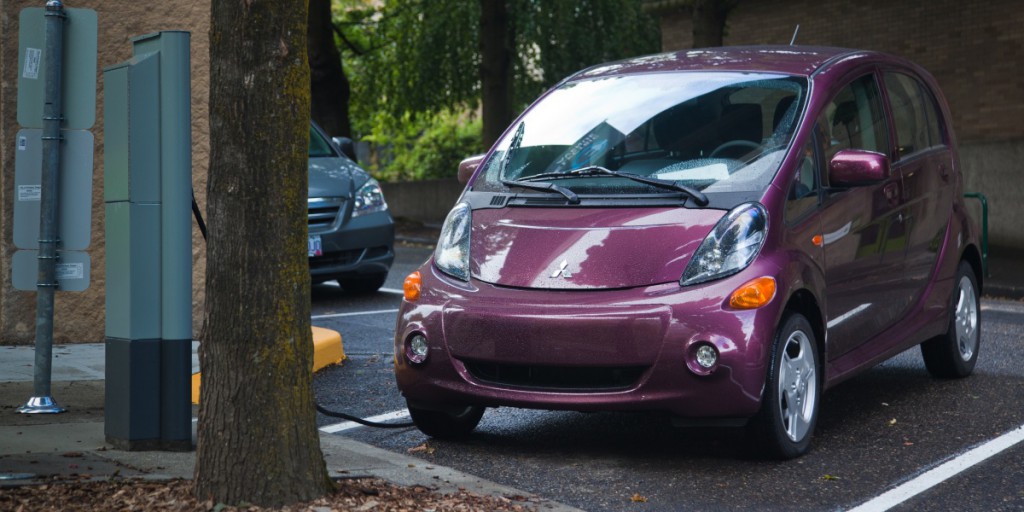 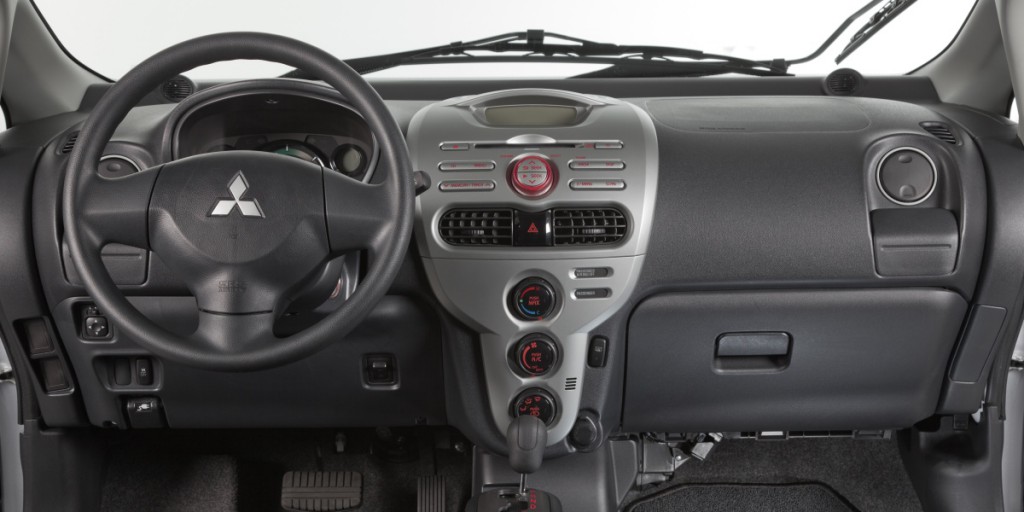 As with any current electric car, the i-MiEV should only be considered if you can live with its limited driving range between charges; in this case, about 62 miles according to the EPA. If you can, the used i-MiEV comes across as a transportation bargain. Small size, terrific maneuverability, and exceptionally low per-mile costs make it perfectly suited to inner-city driving. On the down side, there’s limited passenger room (the Nissan Leaf is more spacious), and performance could be better (the Leaf is a bit quicker). But if it suits your needs, the i-MiEV strikes us as a practical city car and a great way to “go electric.”

The 2012 Mitsubishi i-MiEV was this Japanese automaker’s first electric car. The i-MiEV was a 4-door hatchback with seating for 4. It had a rear-mounted motor and rear-wheel drive. Trim levels included base ES and uplevel SE. The drivetrain consisted of a 66-horsepower electric motor connected to a single-speed transmission that behaved like an automatic. Projected driving range was approximately 62 miles based on EPA testing. Time to charge the battery from near “empty” to “full” was estimated at 22.5 hours with the included Level 1 120-volt (household outlet) charger, and 7 hours from a Level 2 240-volt charging station. Optional on both models was a port that allowed Level 3 (480-volt) charging from a public charging station, which Mitsubishi said could bring the battery from near empty to an 80-percent charge in about 30 minutes. Safety features included ABS, traction control, antiskid system, curtain-side airbags, and front-side airbags. A navigation system, rearview camera, and wireless cellphone link were optional on the SE. This evaluation is based on preview test drives.

The i-MiEV’s drivetrain consisted of a 66-horsepower electric motor connected to a single-speed transmission that behaved like an automatic. Projected driving range was approximately 62 miles based on EPA testing.

Although tepid for the first 15 feet or so, acceleration picks up nicely after that, and the i-MiEV easily keeps up with traffic. At any speed above a crawl, hitting the throttle produces an instant surge, as there’s no waiting for the transmission to downshift; this is perhaps one of the car’s most endearing dynamic traits. However, that surge lessens as speed rises, so highway passing power is limited. Mitsubishi says the i-MiEV’s 0-60-mph time is around 11 seconds, which is somewhat slow by today’s standards, and top speed is restricted to 81 mph.

“Economy” in an electric car is best measured in cents-per-mile for electricity, and Mitsubishi says the i-MiEV should cost in the neighborhood of three cents per mile to run. That’s a pretty cheap neighborhood by automotive standards. If gas costs $3.50 per gallon, a gas-powered car would have to average about 116 mpg to travel at the same three cents per mile. However, as with electric cars in general, the down side is driving range between charges. According to the EPA, the i-MiEV’s estimated range is 62 miles, which limits its usefulness to some buyers.

The i-MiEV has a firm ride, but at least over the fairly smooth roads we covered on our press preview, it was never harsh. We also didn’t notice any undue jiggling over rough patches.

At least at lower speeds, the i-MiEV is very quiet, and the motor makes only a subtle whine under acceleration. Our test route had very coarse pavement that produced a fair amount of road noise, but we suspect the car would be much quieter on smoother pavement. If there was wind noise, it couldn’t be heard over the howl from the tires.

The audio and climate controls are the same as those in some other current Mitsubishis. The audio system is mounted high and has no knobs; it’s controlled entirely by push buttons and virtual push buttons on the large dashboard screen. This complicates some simple adjustments but isn’t overly cumbersome. The climate system consists of three rotary dials stacked vertically on the lower dashboard. All but the lowest one are within easy reach, and all are simple to decipher and adjust. Unlike some electric cars and hybrids, which have all sorts of high-tech gauges and graphics, the i-MiEV’s instrument panel is a study in simplicity, with little more than a digital speedometer, battery state-of-charge meter, and remaining range estimator. Standard is a key-fob remote that not only unlocks the doors, but can activate the climate-control system from up to 300 feet away to allow pre-heating or pre-cooling of the interior.

The interior is a study in hard plastic, with very little in the way of padded surfaces. Yet it doesn’t look at all cheap, at least on the tested SE, which comes “dressed up” with a two-tone color scheme (dark brown and black), silver trim, and fancier seat upholstery than the base ES.

Up front, there’s plenty of headroom for taller folks, but legroom is surprisingly limited; those over 6-feet tall may feel confined. Outboard shoulder space is ample, but even average-size adults sit nearly shoulder-to-shoulder. A heated, height-adjustable driver seat is standard, but neither feature is offered on the passenger side.

As in front, headroom is plentiful in the back, but legroom is limited even for average-size adults. The i-MiEV will only seat two in back, and they’ll be close together, but the seat is fairly comfortable and the seat backs recline.

The cargo area is narrow and the floor is rather high (the motor is beneath it), leaving little space behind the rear seat backs. However, the split rear seat backs fold flat and level to reveal a surprisingly roomy and useful load area. Interior storage is limited to a modest-size glovebox, narrow map pockets in the doors, two cupholders under the dash vents, another cupholder at the back of the floor console, and a small bin at the front of the floor console. There is no console box between the seats.