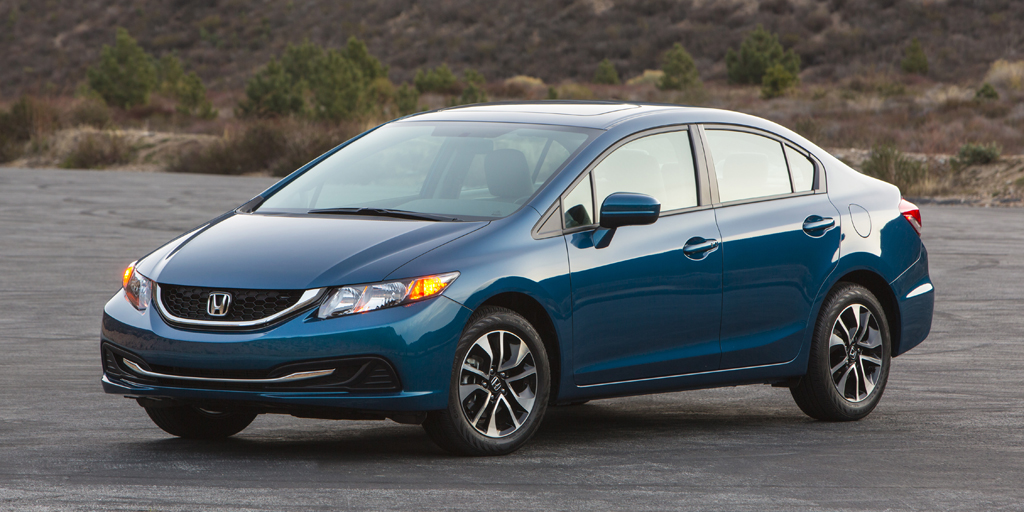 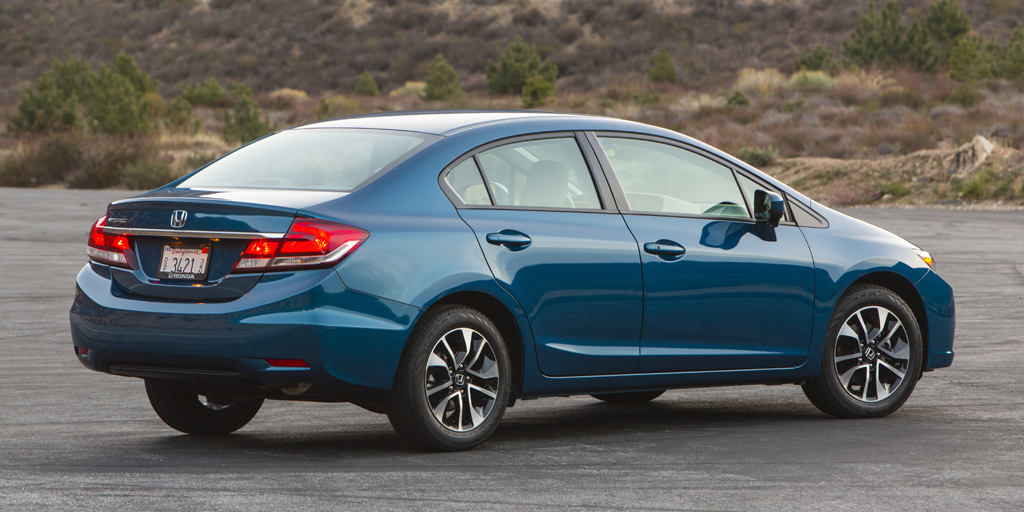 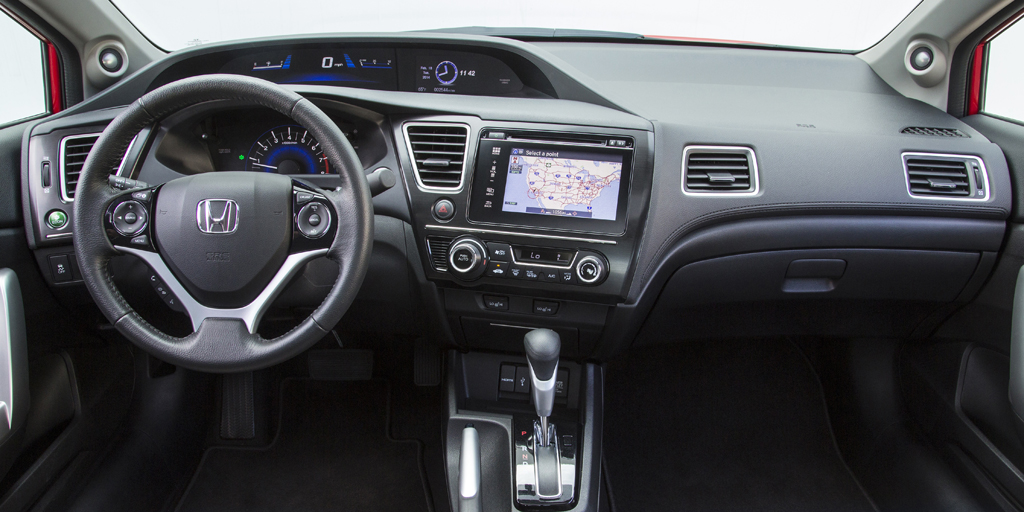 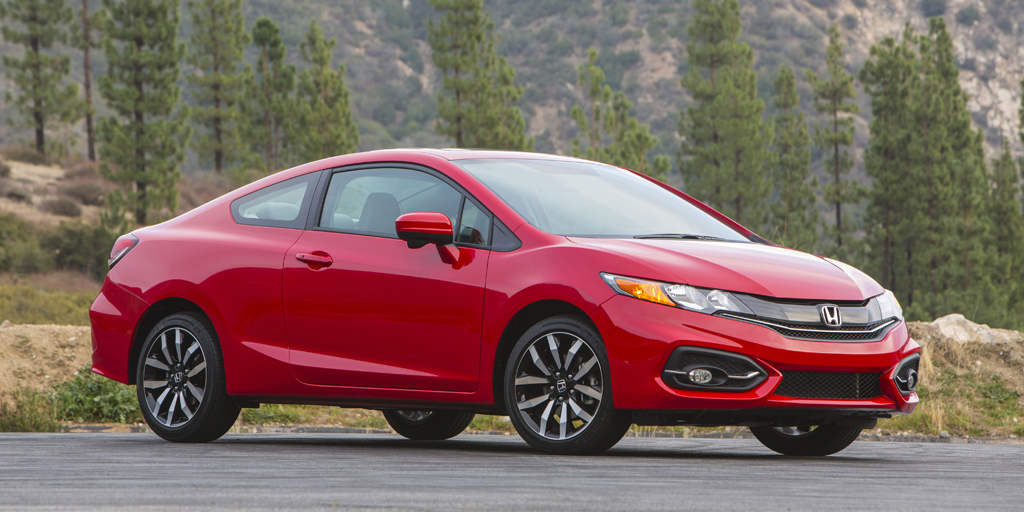 Civic was not tops in the compact class at everything, but its strength lied in that it really had no glaring faults. Model choices ranged from mileage misers to downright sporty, yet all were fun to drive and frugal with fuel. Although Civic was up against a tough group of rival cars, it was still a compact-car Best Buy.

Honda redesigned the Civic for 2012, then Honda gave it a minor revamp that included upgraded interior materials and revised exterior styling for 2013. Civic came in 2-door coupe and 4-door sedan body styles. The base engine was a 140-horsepower 4-cylinder. The HF sedan was tweaked to deliver 1-2 mpg better than other Civics in EPA ratings. Hybrids carried a 1.5-liter engine mated with an electric motor for a combined 110 horsepower. Sporty Si models had a 201-horsepower 2.4-liter 4-cylinder along with tauter suspension, and came only with manual transmission. The odd duck was the Natural Gas. It ran on compressed natural gas—which wasn’t available in many places—and was the only car of its type offered in the U.S.

The company called the 2012 Civic—available in coupe, sedan, gas/electric hybrid, and compressed natural gas-powered form—new, but its changes were more evolutionary in nature. The styling wasn’t all that different than its 2006-2011 predecessor. Even the unusual two-tier dashboard layout received only minor tweaks.

Under the hood of most Civics was the same 1.8-liter 4-cylinder engine and available manual or automatic transmission combination from the previous car. With either transmission, 140-horsepower Civics are lazy accelerating away from a stop; but they have adequate power around town and for highway merging/passing. Honda’s automatic transmission is especially alert to throttle inputs. The high-performance Si’s drivetrain received a substantial update, moving to the Acura TSX’s 2.4-liter 4-cylinder engine from the old models’ 2.0-liter unit.

I base my impressions on the many hours I’ve spent behind the wheel of our long-term 2012 Civic EX-L. Let’s get the gripes out of the way. This is one of the loudest cars in the segment. Further, Civic’s interior materials are not up to the standards that the domestic automakers have set with their compact cars. (Civic interiors were improved for 2013.)

Now for the good stuff. Civic continues to ride exceptionally well thanks to Honda’s prudent suspension tuning and choice of reasonably sized tires. The car’s handling is just fine, with special praise for its accurate steering feel (Si versions are sharper still). The leather upholstery on the EX-L model is plush and comfortable.

Most noteworthy of all is Civic’s outstanding fuel economy. We’re achieving significantly better than 30 mpg, with many testers approaching and even breaking 40.