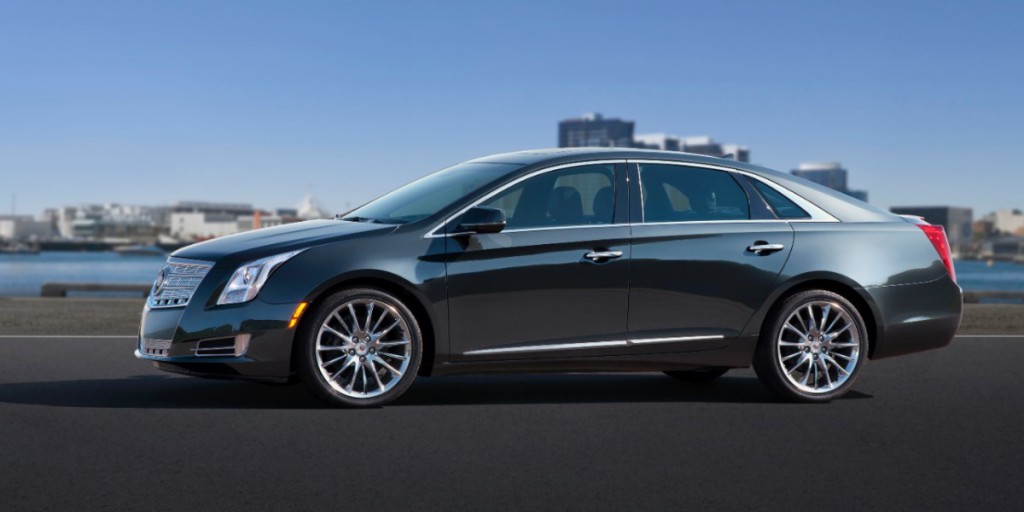 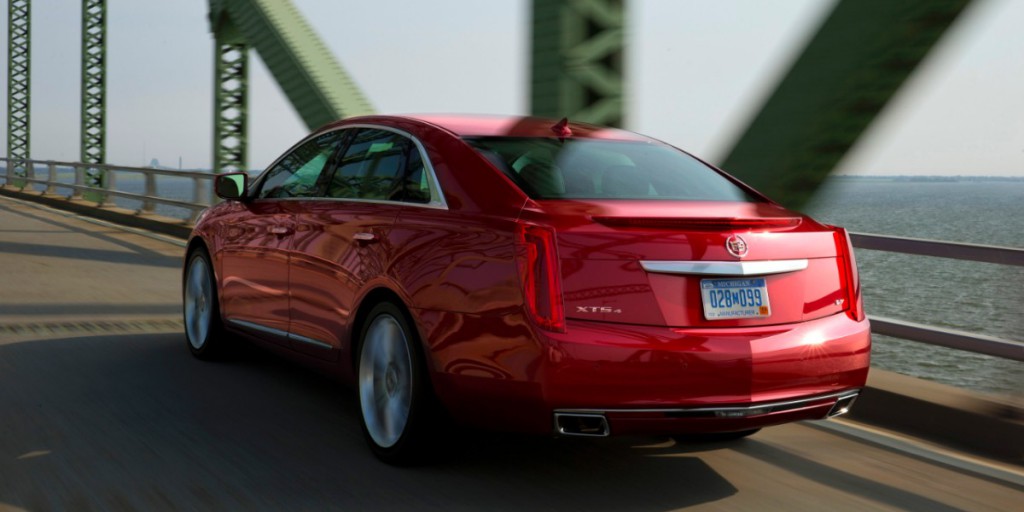 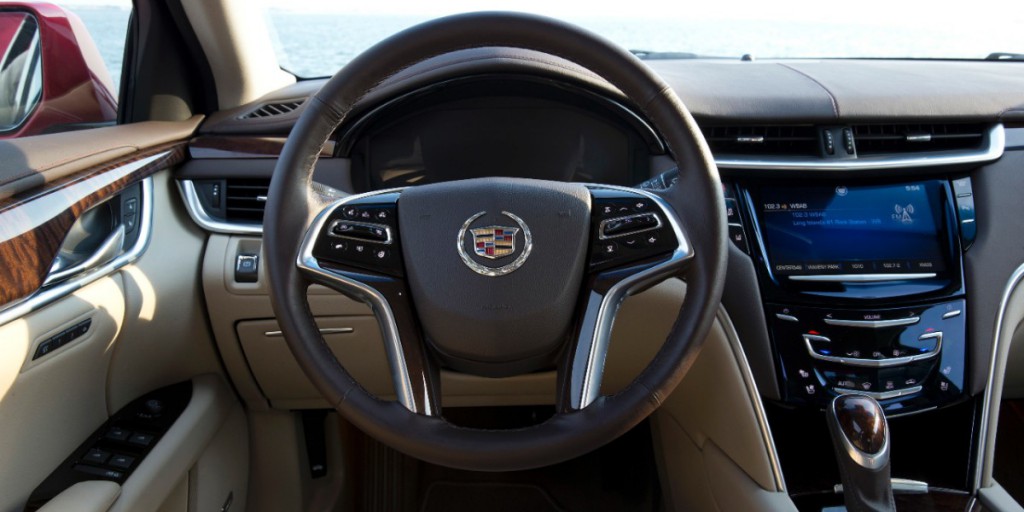 XTS sits in the rather wide price gap between “regular” large cars and premium large cars, the only other occupant of that space being the Lincoln MKS. Thus the Cadillac and Lincoln are natural competitors–as they have been through most of their history. Both of these cars are now being aimed at a younger audience than their traditional customers, and it shows; in the case of the XTS, perhaps enough so as to alienate less “hip” buyers who might be turned off by the gee-whiz graphics and high-tech controls. But the XTS otherwise offers plenty of room, numerous safety features, near-opulent luxury, and decent driving dynamics, all at the lower end of the premium price point. That makes it a car worth considering.

With General Motors having decommissioned the aging DTS large sedan, a new flagship sailed into Port Cadillac for 2013. The XTS promised more luxury and technology than in any Cadillac. About the only thing the XTS had in common with its DTS predecessor was standard front-wheel drive.

While we classified XTS as a premium-large car, it didn’t necessarily target the likes of the far more expensive Audi A8 or Mercedes-Benz S-Class. The Lincoln MKS and Hyundai Equus were more like it, and we’d throw in the Chrysler 300 as well even though it’s a “regular” large car by Consumer Guide standards.

All versions included GM’s Magnetic Ride Control suspension, which used sensors and special fluid to adjust suspension damping in real time. Also standard was CUE (Cadillac User Experience), which was the brand’s infotainment system. It included an 8-inch touchscreen with capacitive controls, haptic feedback, gestures, and voice recognition. All these features were designed to emulate a modern smartphone or tablet. Standard across the board were leather upholstery, a Bose-brand audio system, and GM’s OnStar assistance.

All XTS versions had front-wheel drive. All-wheel drive was available. The sole engine/transmission combination was a 304-horsepower 3.6-liter V6 and 6-speed automatic transmission.

V6 provides a reasonably strong jump from a stop and at least adequate power in all situations, but the XTS is no rocket. Transmission kicks down fairly quickly for more passing power. No difference was noticed between front- and all-wheel-drive versions.

XTS doesn’t have the cushy ride some big Cadillacs had been known for; instead, it exhibits more of a European firmness. Some smaller bumps such as expansion joints are not particularly well filtered, but most others are. No “float” or undue bobbing was noticed over pavement swells.

Handling is sportier than might be expected of a big Cadillac, but hardly class-leading. There is little body lean in turns. There is reasonably quick response to steering inputs, but steering feel is somewhat lifeless, and the car never manages to feel nimble.

Wind and road noise are well muted, and the engine produces a subtle whine under full-throttle acceleration; in most other cases, it’s hardly heard at all. What is heard are bumps — perhaps because the rest of the car is fairly quiet — but they come through with audible authority.

Opinions about controls might vary greatly depending on whether the buyer is a tech-savvy video-game junkie or a no-nonsense traditionalist. Those who have a smartphone or tablet will feel right at home with the audio/climate/infotainment controls, but those without may find them confusing. In any case, there are few manual controls, but at least everything is within easy reach. “Gauges” are largely virtual graphics, and all models offer the driver a choice of displays from simple (little more than a speedometer and fuel gauge) to broadly informative. Those who partake in video games may like the colorful graphics, while others might find them too glitzy. Either way, they’re easy to read.

Can’t fault the XTS for its interior appointments. Nearly every surface that isn’t covered with trim is padded, and the overall appearance is sleek and modern. The top-line Platinum adds a rich-looking faux-suede headliner.

There’s loads of front headroom and legroom, and getting through the large doors is a breeze. Seats are comfortable. The alert given by various safety-related features, such as the Lane Departure Warning, vibrates the edge of the seat cushion, so it’s felt rather than heard. Visibility is quite good to all directions.

The back seat affords plenty of room for two, but three adults would likely overlap shoulders. Those well over 6-feet tall should find enough headroom (a fellow 6’6 journalist fit). And even if the front seat is all the way back–and it goes really far back–there’s enough headroom and legroom for an average-size adult, and legroom is ample behind any normal-size driver. Toe space is also good. Ingress and egress are easy enough unless the front seat is very far back, which leaves little room to fit feet through the door opening.

The spacious trunk is wide at the back and goes very far forward–enough so that smaller items that roll to the back of the trunk will be very difficult to retrieve. The trunklid is supported by sickle-type hinges that take up some space but are covered to avoid cargo damage. Rear seat backs fold nearly flat to reveal a fairly large opening, though they rest about an inch above the level of the trunk floor; a fold-down “ramp” bridges the gap. Interior storage is good but not great. There’s a decent-size glovebox and roomy console box that contains 12-volt and USB plugs as well as an SD-card slot. There are two console cupholders and a small forward console bin with a second 12-volt socket. There is also a small bin left of the steering wheel and small map pockets.