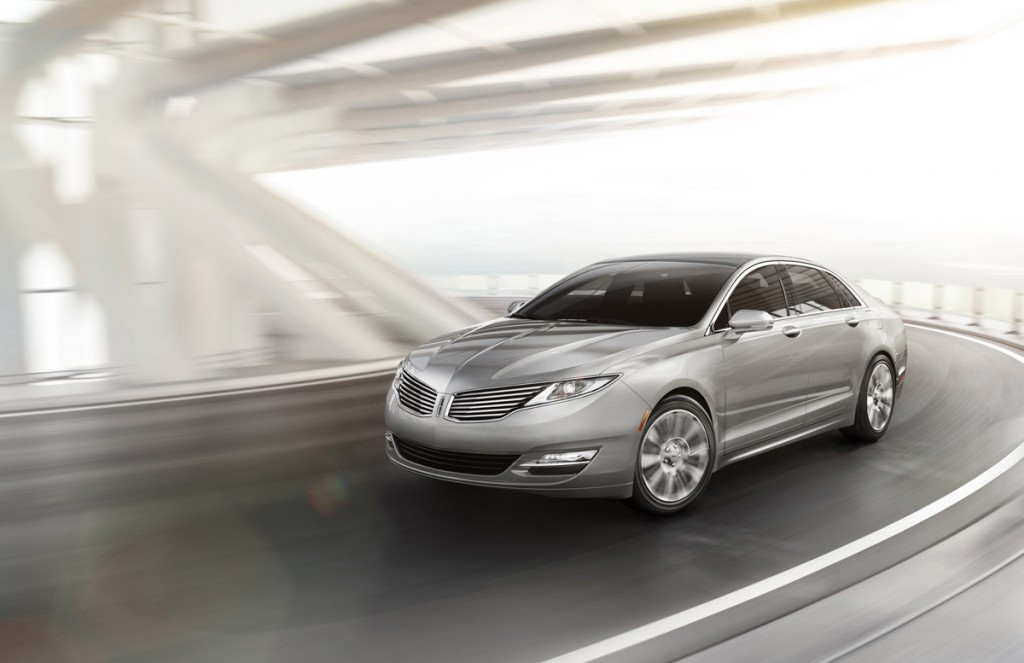 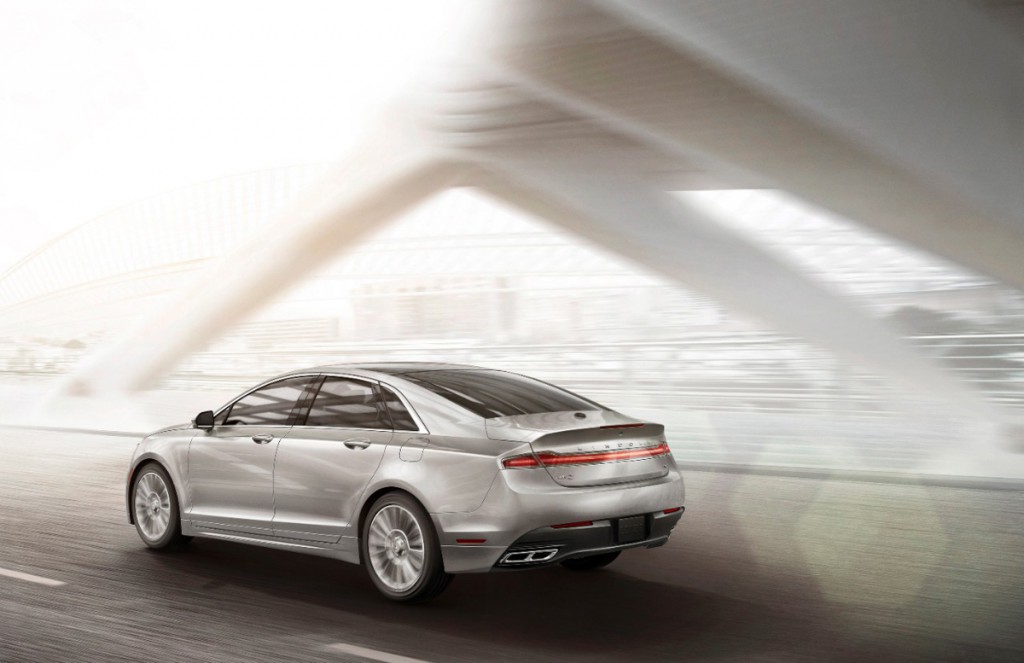 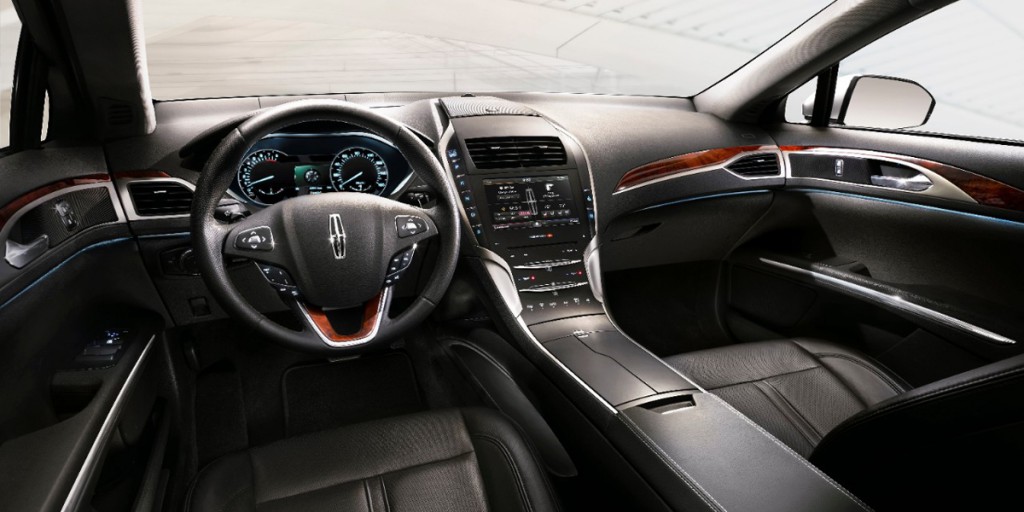 This Lincoln doesn’t match most premium-midsize rivals for overall refinement or driving engagement, and the MyLincoln Touch control interface can be confounding to use and glitchy at times. As a luxury touring car, the MKZ makes sense for buyers looking for a hybrid or for those who put a premium on traditional American brands. It can also be good value for the money when lightly optioned, and this is especially true for used examples.

MKZ was the gateway into the Lincoln brand. This premium-midsize car borrowed some elements of its basic design with the mainstream Fusion produced by parent-company Ford. The Lincoln, though, boasted unique styling, powertrains, and features. MKZ was made in Mexico.

Lincoln rebooted its entry-level car for 2013. It received radically new styling, new and improved safety equipment, and various technology upgrades. Fuel economy was also projected to improve thanks to new engines that employed efficiency-boosting features. A revamped gas/electric Hybrid model promised to be the most fuel efficient premium-midsize car on the market.

All MKZs had Lincoln’s version of Ford Sync infotainment, and a navigation system was optional. Also offered was a panoramic glass roof panel that Lincoln said was one of the largest openings of any production sedan.

MKZ’s drivetrains were new. Non-hybrid buyers had the choice of a 2.0-liter turbocharged 4-cylinder or 3.7-liter V6 engine, that produced 240 and 300 horsepower, respectively. Both engines paired with a 6-speed automatic transmission. Front-wheel drive was standard, and all-wheel drive was optional.

Hybrids were front drive only. They used a 2.0-liter 4-cylinder engine and battery-powered electric motor to produce 188 horsepower. Like the previous MKZ Hybrid, the 2013 model could run on one or both of its power sources to balance acceleration and fuel economy, and no plug-in charging was needed. The Hybrid used a continuously variable transmission (CVT) that behaved like an automatic.

EPA estimated fuel economy for the 2013 Lincoln MKZ was 22 mpg city/33 mpg highway and 22/31 with the 4-cylinder engine and front-wheel drive/all-wheel drive, respectively. With the V6, ratings were 19/28 with front drive and 18/26 with AWD.

The MKZ Hybrid netted a rating of 45 city/45 highway.

The 2013 MKZ had a standard complement of expected and federally mandated safety features. Blind-spot alert and lane-departure warning and prevention were optional.

Non-hybrid buyers could choose a 2.0-liter turbocharged 4-cylinder or 3.7-liter V6 engine, that produced 240 and 300 horsepower, respectively. Both engines paired with a 6-speed automatic transmission. Front-wheel drive was standard, with all-wheel drive optional.

Acceleration with the turbocharged 2.0-liter 4-cylinder engine is good, but falls a bit short of being truly quick. The 3.7-liter V6 is satisfyingly powerful. Both engines work well with the 6-speed automatic. No opportunity to test a MKZ Hybrid.

MKZ handles competently overall with some initial understeer but nicely checked body lean in the corners. Some testers thought the steering was a bit on the heavy side though. It’s probably best described as pleasant to dive, but certainly not sport-sedan agile or exceptional in any way.

The MKZ does a pretty good job suppressing wind and road noise, and is satisfyingly quiet on the highway. The 2.0-liter turbo and 3.7 V6 each have sporty exhaust notes that some testers felt were too vocal and not really suited to the car’s relaxed nature.

The MyLincoln Touch control interface uses voice control, a large touch-screen display, two five-way controllers on the steering wheel, and a series of touch-sensitive “buttons” on the center section of the dashboard and console. The system is capable of performing many functions, but it’s very complicated and takes considerable time and study to master. On the positive side, nearly all the controls are easy to reach. We strongly recommend trying MyLincoln Touch before buying. The transmission does away with a conventional gear selector and instead uses a series of push buttons on the center console. This seems to be a case of being different for the sake of being different, but the system works fine in practice.

The fashion-forward interior looks quite nice, and most materials appear to be high quality. Still, closer study reveals some disappointing plastic in places and some of the buttons don’t feel particularly high quality. There’s a little bit of wood and metal trim to help break up what’s otherwise a very dark interior.

Up front, there’s good head and leg room, and the seats are firm and supportive. There is good rear-seat legroom, but the sloping roof line does limit headroom a bit.

The large trunk extends far forward, and the flat floor and sides help make the most of the space. Interior storage is quite good as well. All doors have generous map pockets, and there are additional pockets on the back of the front seats. The center console is usefully divided into sections, and the cup holders hide under a cover when not in use.