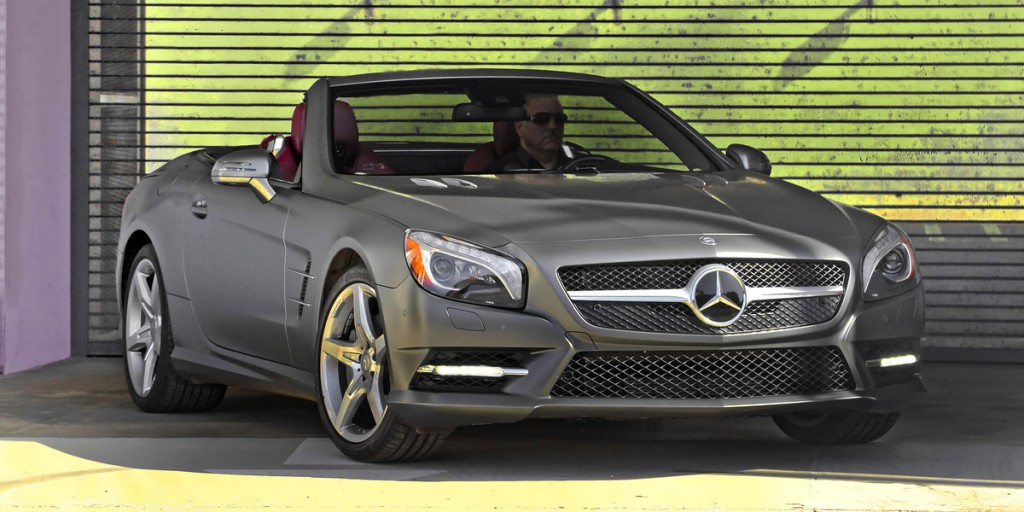 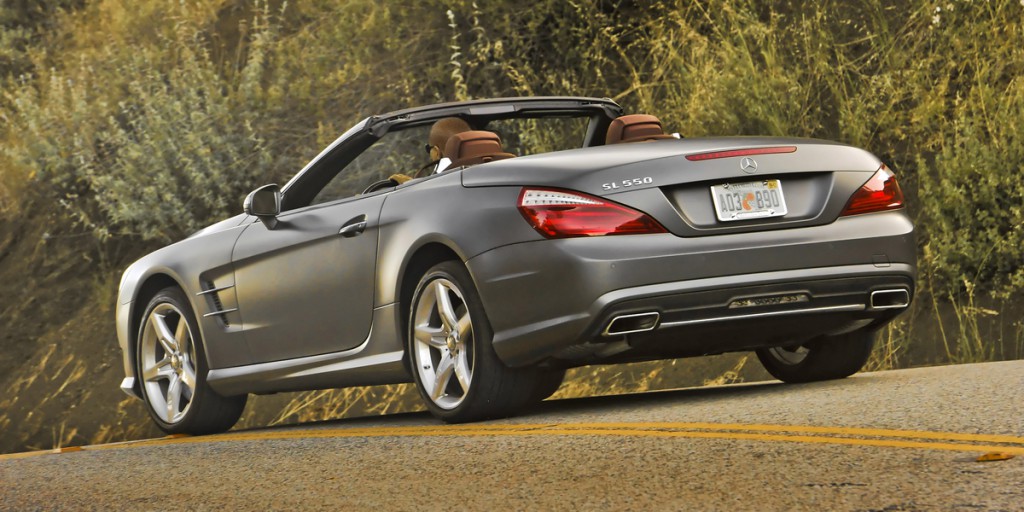 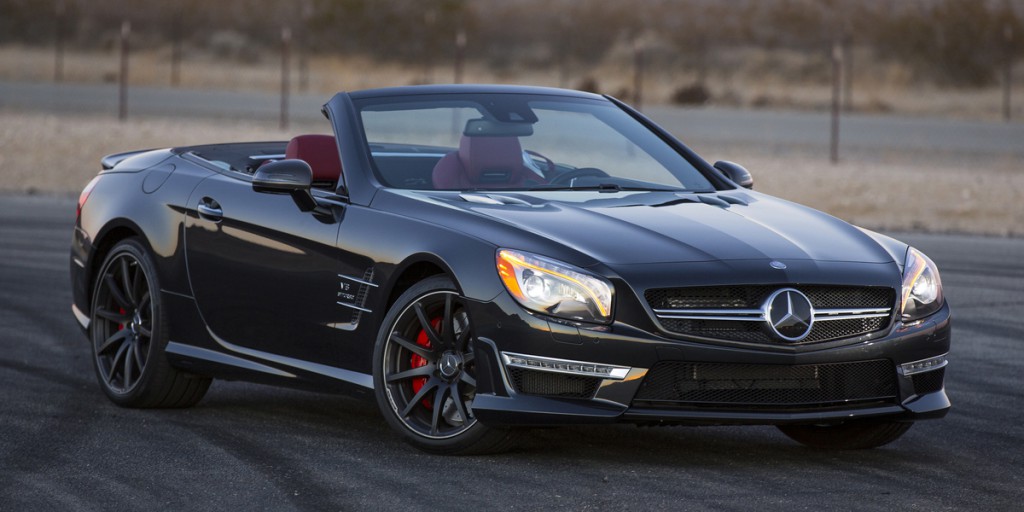 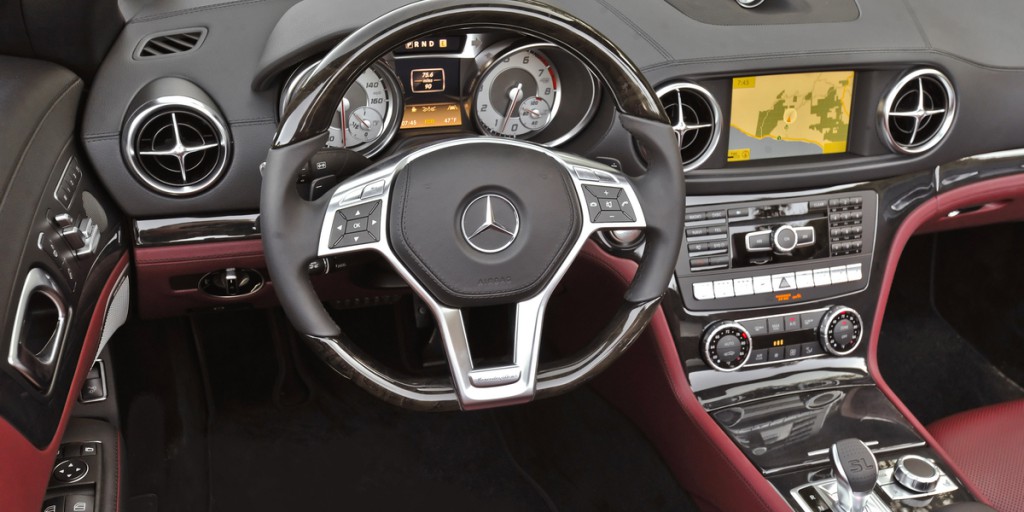 As ever, the Mercedes-Benz SL-Class is stylish, amazingly finished, and enjoyable to drive. Our biggest disappointment is that when new this car saw a rather significant price hike while coming with less standard equipment than its predecessor. We don’t think most buyers will mind. For more than six decades, it’s meant something to own an SL. The latest iteration continues in that fine tradition.

The SL’s history dates back six decades. It’s not redesigned very often, but that was the case for model-year 2013. It didn’t look a whole lot different than the 2012 version, but it was actually about 2 inches longer and wider. The body was re-engineered to make use of aluminum and high-strength steel, which lead to a weight savings of more than 200 pounds.

Mercedes-Benz did a gradual rollout of the 2013 SL-Class. The first model to reach dealerships was the “base” SL550. The high-performance SL63 and SL65, both of which came from the brand’s AMG performance division, followed a few months later.

As far as standard equipment goes, the list was rather comprehensive. On the SL550 you got leather upholstery, heated seats, driver-seat memory, a navigation system with music hard drive, genuine wood trim, steering-linked bi-xenon headlights, and a power tilt and telescopic steering wheel. The latest version of Mercedes’ COMAND interface offered web applications, including Google Local searches and access to Facebook. SL63 and SL65 models had similar levels of standard equipment, but added specific interior and exterior trim.

Newly available on the SL was Mercedes’ MAGIC SKY CONTROL, which was basically adjustable tinting for the roof’s panoramic glass panel.

The optional Active Body Control included revised suspension hardware and tuning with new dampers designed to reduce body lean in turns by up to 95 percent based on driver-selectable settings.

All SLs were rear-wheel drive.

This evaluation was based on preview test drives.

Only the SL550 has been made available for evaluation so far. Mercedes-Benz claims 0-60-mph acceleration of just 4.5 seconds, which seems accurate to us. Almost explosive power is available from the first tap of the gas pedal. It’s satisfying, but the hair-trigger throttle takes some acclimation. Mercedes’ engine idle stop/start feature is not the smoothest we’ve encountered. It’s fine when shutting of the engine, but restarts were occasionally accompanied by a noticeable shudder.

No opportunity to measure fuel economy. The SL550’s EPA estimated fuel economy of 16 mpg city/24 mpg highway is a boost of 2 mpg over the previous model. Premium-grade gasoline is required.

Cars made available on our southern California preview drive had the optional 19-inch wheels and standard suspension. SL behaves like the low-riding, grand tourer it is. It absorbs most bumps well. We noticed little difference between the suspension’s Comfort and Sport modes. The incredibly solid structure translates to virtually zero body flex regardless of whether to top is raised or lowered.

At least in 550 form, SL lacks the razor-sharp response of a 911, but that’s not really its primary mission. Even without the optional Active Body Control suspension, the SL is neutral in fast changes of direction. Steering feel is fine for everyday driving, but road feel is a bit lacking when you push it.

Top up, the SL550 is as quiet as any premium sporty car. Wind and road noise are minimal, and the engine produces a sporty baritone growl when you stand on the accelerator. Top down conversation is possible at speeds up to about 70 mph. The standard pop-up wind blocker makes only a small difference.

All SLs have standard navigation and Mercedes’ COMAND interface. Everything is fairly intuitive, though some navigation, audio, and vehicle-system functions are buried deep within menus. The climate controls are separate from COMAND and simple to use.

From paint finish to interior trim, SL is a first-class automobile. Rich leather interior panels and upholstery are fitting for a car that commands a six-figure price. The optional wood and leather steering wheel is especially noteworthy for its appearance and feel; it’s a feature that’s well worth the price.

Long seat tracks make for terrific legroom. Headroom might be a bit tight for the super tall, but the majority of occupants will have no problem. The seats themselves are well suited for long-distance travel, offering a myriad of adjustments. Dynamic side bolsters hold you in place by automatically inflating and deflating depending on which way the car is turning. Mercedes’ AIRSCARF feature blows warm air across your neck, making top-down driving on chilly days both possible and enjoyable. The optional MAGIC SKY roof is an interesting novelty that actually does a decent job of keeping out the sun.

SL-Class has no rear seating.

The trunk can reasonably accommodate a weekend’s worth of soft luggage for two with the top down. Interior storage is fairly modest. The glovebox is on the small side, as are the door pockets, though the latter are larger than on the outgoing SL. The center console extends the length of the cabin and is divided into two parts. It’s not very deep, and accessing the rear compartment requires an awkward reach. There are two shallow bins behind the seats as well.