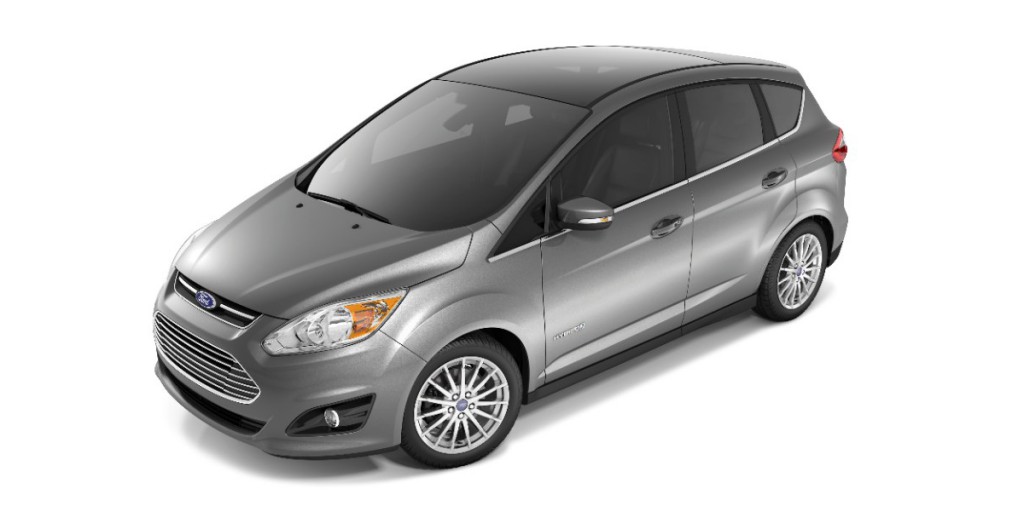 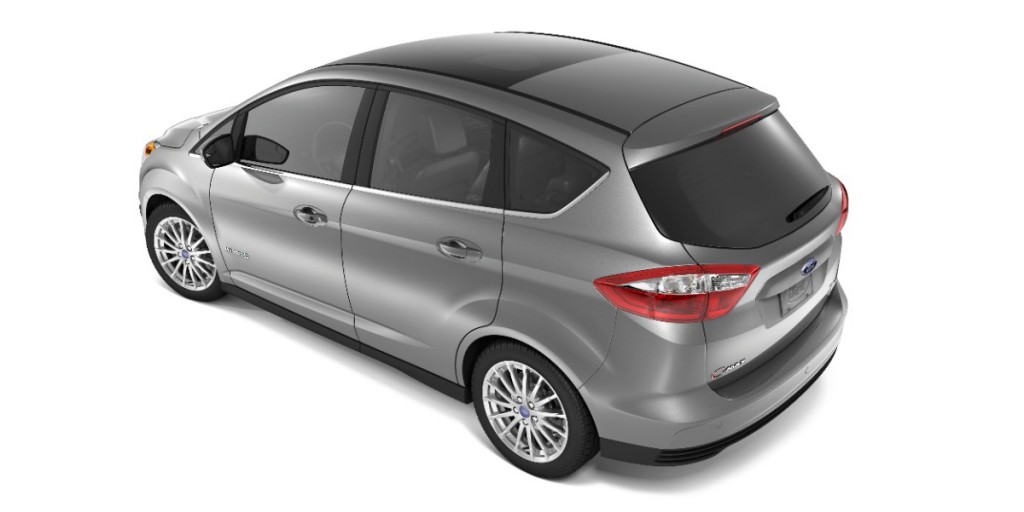 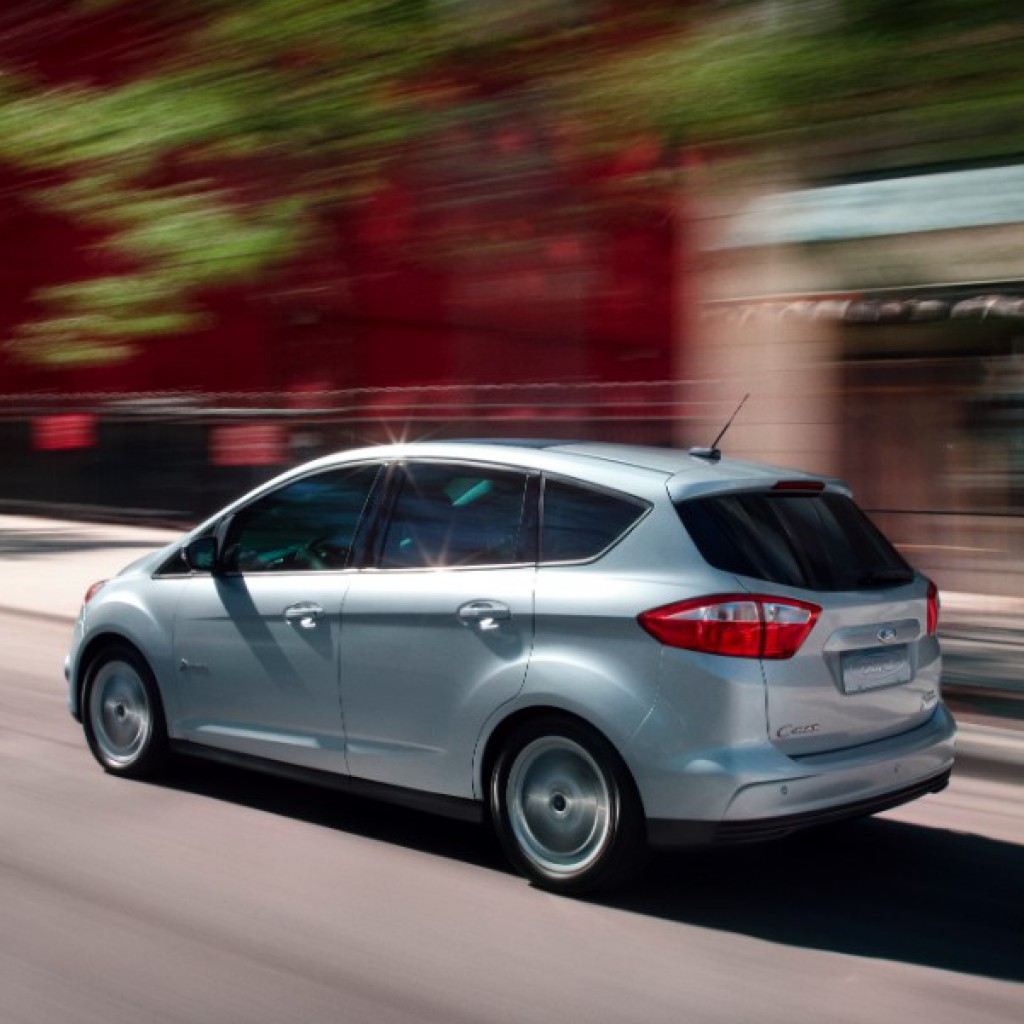 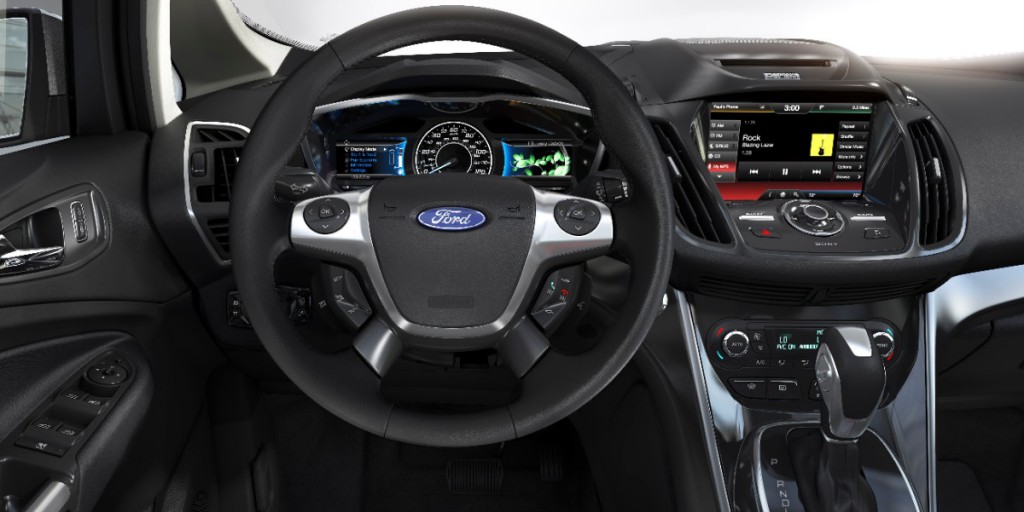 C-MAX Hybrid is aimed squarely at Toyota’s wildly successful Prius family, and it comes closer than any other hybrid to hitting the mark. Part of its appeal stems from the fact that the Hybrid version, at least, offers a usefully cubic cargo area along with some neat features such as Ford’s hand-free power tailgate, all at Prius-competitive prices. Even those who aren’t necessarily thinking “hybrid” might do well to add the C-MAX Hybrid to their midsize shopping list, as its combination of functionality and frugality is rather tough to beat.

C-MAX Hybrid (originally slated as a 2012 model but instead launched as a 2013) was a new hybrid vehicle that came only as a midsize, tall-body wagon with seating for up to 5 passengers. It was joined in late 2012 by a plug-in version called the “Energi.”

The Energi had a larger battery that allowed about 20 miles of electric-only driving before the gas engine kicked on, at which point it essentially became a regular hybrid. The Energi’s battery could be charged either by plugging the car into a conventional 120-volt wall outlet or by using a 240-volt charging station.

The C-MAX Hybrid was aimed at the Toyota Prius hatchback and Toyota Prius V wagon, and C-MAX Energi competed directly against the Toyota Prius Plug-In hatchback, which likewise allowed a few miles of electric-only driving. Other competitors included the Chevrolet Volt extended-range electric vehicle and the Mazda 5, which had a conventional gas powertrain but was sized and shaped much like the C-MAX.

The C-MAX Hybrid and C-MAX Energi had a 2.0-liter 4-cylinder engine mated with an electric motor, and the combination produced 188 horsepower. The only transmission was a CVT that behaved much like a conventional automatic, and all C-MAX models came only with front-wheel drive.

The C-MAX Hybrid and C-MAX Energi had a 2.0-liter 4-cylinder engine mated with an electric motor, and the combination produced 188 horsepower. The only transmission was a CVT that behaved much like a conventional automatic, and all C-MAX models came only with front-wheel drive.

1. 47/47 mpg is for C-MAX Hybrid. The EPA uses a formula called “Miles Per Gallon Equivalent” (MPGe) when calculating “fuel economy” of an electric car. The Energi is rated at 108/92.

Acceleration from a stop is fine for normal driving, but the C-MAX doesn’t jump off the line in full-throttle starts. However, speed builds linearly and fairly quickly, and response to throttle inputs is nearly instantaneous. That combination means it’s easy to keep up with everyday traffic, and in fact makes the C-MAX feel quite lively. Ford claims the Energi can run about 20 miles on just electric power after a full recharge before the gas engine has to take over. However, asking the Energi to accelerate quickly during those first 20 miles will force the gas engine to kick on to help power the car.

In Consumer Guide testing a C-Max Hybrid averaged 32.9 mpg, disappointing when compared to the EPA figures of 47 city/47 highway, but good for the class. No opportunity to measure Energi. However, for a drive that can be completed inside the Energi’s roughly 20-mile all-electric range, per-mile costs will be about half as much as when it’s running on its gas engine–which is already quite frugal. C-Max uses regular-grade gas.

Ride is generally compliant over the relatively smooth roads of the preview test routes, though rough pavement makes the ride a bit jumpy.

Fast corners result in only moderate body lean. The steering feels light and somewhat numb, and the turning radius is larger than expected for a vehicle of this size. Some testers noted excessive brake “grabbiness” not uncommon with on hybrid vehicles.

Some wind noise intrudes at highway speeds, but travel in the C-MAX Hybrid is generally quite serene. The engine gets vocal only under spirited acceleration.

Audio controls are mounted high on the dash, but some are out of easy reach, and many are more tedious to use than they should be. Climate controls consist of low-set dials and buttons that are easy enough to reach.

The C-MAX’s tall build makes for easy entry and exit. There’s good headroom and legroom on comfortable seats, but the steering wheel’s contoured rim may not suit everyone. Visibility is generally good, aided by rear headrests that can be folded down to clear the view straight back, though thickish side pillars block vision over the shoulder. One advantage of the Energi is that it has electric heating and air conditioning, which can be used to pre-heat or pre-cool the interior before getting into the car–a real nicety.

Good legroom and great headroom make for roomy accommodations for most adults in the back seat, but egress is slightly restricted by somewhat narrow door openings.

The Hybrid’s cargo floor is raised about 3 inches to clear the hybrid battery underneath, which limits the height of the cargo area and the opening. However, that allows for a flat load floor and usefully cubic cargo area when the rear seat backs are folded down, and there are small storage bins under the floor.

The Energi’s large battery sits between the rear wheel wells and results in a two-tier cargo area: Only about an 8-inch channel runs floor to ceiling along the width of the car in back; behind that, the floor is raised by about a foot to form a parcel shelf over the battery. While the rear seat backs still fold, the parcel shelf effectively separates the cargo area from the interior.

Interior storage is limited, with just a couple of tiny coin trays to augment the usual glovebox, console box, and map pockets.