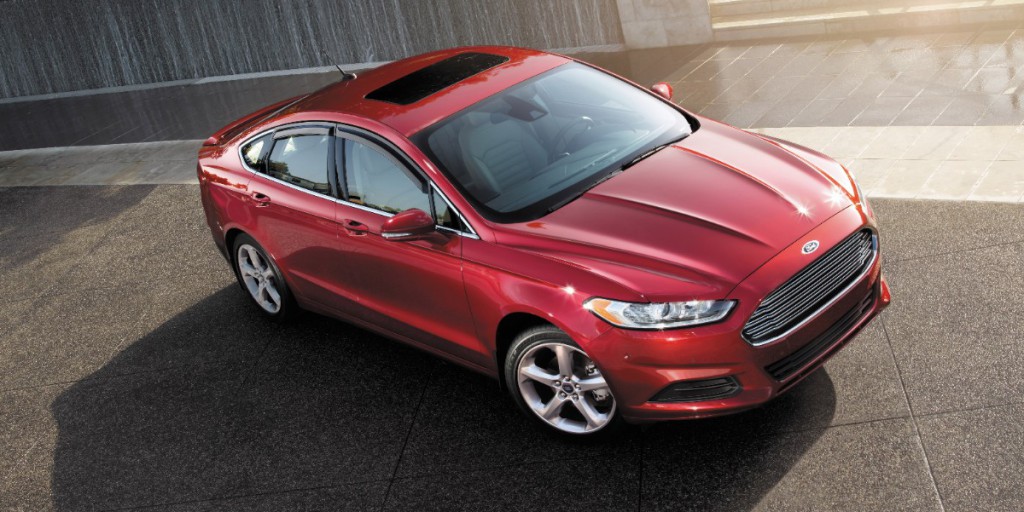 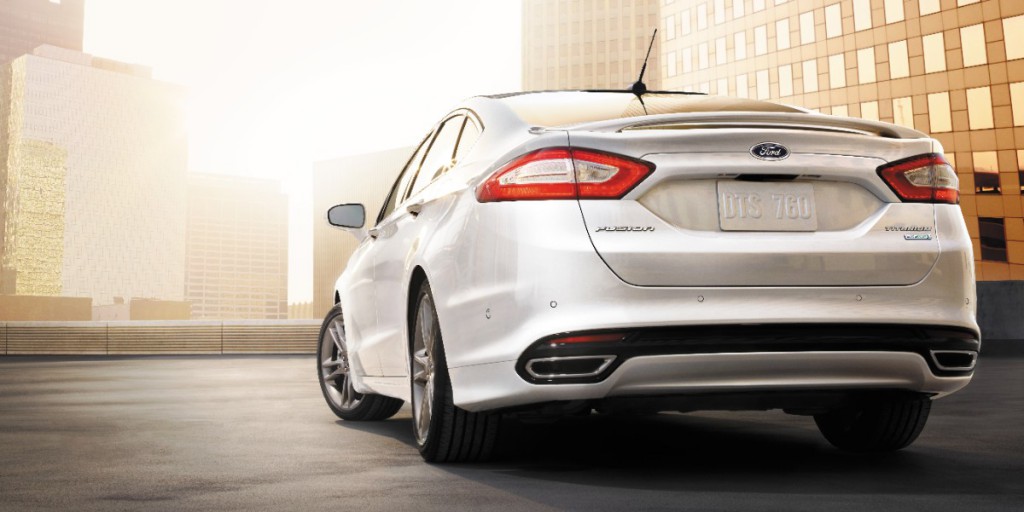 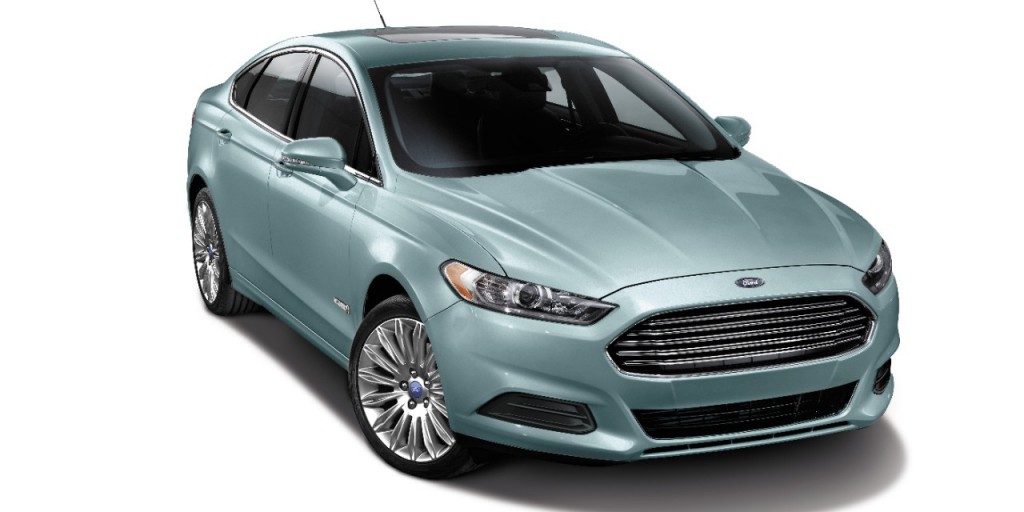 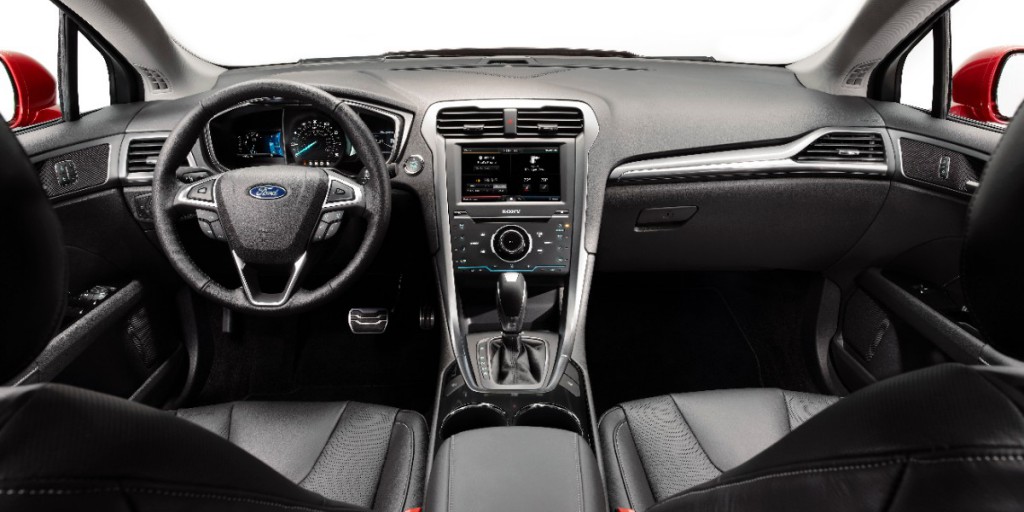 The Fusion is another solid new product from Ford. It has many strong points, but there are a couple weak spots as well. We really like the option of several different powertrains. Especially impressive are the refined EcoBoost engines and the car’s generally comfortable ride. We like the interior and its clever storage solutions, but we’re a bit surprised by the rather uncomfortable front-passenger seat on SE models. And we have to say we’re still not convinced that MyFord Touch is a clear improvement over more traditional control interfaces. Our observed fuel economy has been disappointing too. In the new-car world, midsize sedans might be the most competitive class there is. It is a field filled with fine entries, but few of them manage to avoid having a noticeable flaw or two. There’s a lot in the new Ford Fusion that’s impressive, and we think buyers will find strong value in the SE model especially if options are kept in check.

Fusion was Ford’s midsize sedan and the brand’s best-selling car. When Fusion debuted in 2006, it basically replaced the Taurus in this capacity.

A carryover from the 2012 Fusion was the 2.5-liter 4-cylinder engine, which was standard on the S and SE. This motor produced 175 horsepower and paired with a 6-speed automatic transmission.

Most SE buyers opted for the extra-cost 1.6-liter turbocharged “EcoBoost” 4-cylinder engine that was rated at 178 horsepower. It teamed with either a 6-speed manual or 6-speed automatic transmission. Versions with this engine and the automatic transmission were offered with engine idle stop/start. This feature shuts off the gasoline engine at a stop and instantly restarted it when the driver released his or her foot from the brake pedal.

Standard on the Titanium and optional on the SE was a 2.0-liter turbocharged EcoBoost 4-cylinder engine with 240 horsepower. The sole transmission here was a 6-speed automatic.

The SE Hybrid and Energi each had a 141-horsepower 2.0-liter 4-cylinder engine, which paired with a battery-powered electric motor for a total of 188 horsepower. Both could run on the battery and/or gas engine to balance acceleration and fuel economy. The SE Hybrid required no plug-in charging; the Energi did. Both used a continuously variable transmission that behaved like an automatic.

All Fusion models were front-wheel drive. All-wheel drive was available on the Titanium.

A 2.5-liter 4-cylinder engine was standard on the S and SE. This motor produced 175 horsepower and paired with a 6-speed automatic transmission.

With either transmission, 1.6-liter Fusions have good power from a stop and fine throttle response. The automatic provides timely downshifts when more muscle is summoned for passing moves and such. Passing with the manual may require downshifting a gear or two. The manual transmission is easy to use with light clutch and shift action. Fusions with the 1.6-liter engine and automatic transmission can be ordered with an extra-cost stop/start system. In city traffic it shuts the engine down while the car is stopped to save fuel and restarts it automatically when the brake pedal is released. Shut downs are smooth, and a slight shudder is felt when the engine refires. With the 2.0-liter engine, Fusion feels faster still. There is fine throttle response and good passing reserves. Hybrids have plenty of spunk for normal driving, though the 2.0-liter four-cylinder isn’t quite as smooth as either of the Fusion’s EcoBoost engines. Some testers thought the Hybrid’s acceleration wasn’t as seamless as other hybrid vehicles. No opportunity to evaluate a Fusion with the base 2.5-liter engine.

In Consumer Guide testing, an AWD Titanium returned 23.7 mpg in a test that consisted of mostly highway driving–this is well short of the car’s 31 mpg highway estimate. A Hybrid averaged 37.1 mpg in mixed driving–again, well short of the EPA’s combined estimate of 47 mpg. All Fusions use regular-grade gas.

The suspension is absorbent enough to smooth out most bumps but firm enough that it does so without feeling floaty. Titanium’s sport suspension and available 19-inch wheels result in a bit more wheel patter over sharp bumps.

Fusion feels reasonably sporty for a midsize sedan. Steering is nicely weighted and accurate; it’s nicely boosted for low-speed maneuvering, but some enthusiast-type drivers might wish for a bit more road feel and feedback. The available lane-keep system can affect the feel of the steering in certain situations, but drivers should acclimate quickly. Handling is confidence inspiring with well-checked lean, even on twisty two-lane roads. Braking is strong and smooth, but the Hybrid’s pedal is touchier and not as easy to modulate.

Fusion is one of the quieter midsize sedans. All engines cruise quietly and are reasonably well muffled while accelerating, though some testers thought the Hybrid engine had a rather coarse sound. Wind and road noise are audible at times, but never enough that it’s bothersome.

Fusion controls are available in two main variants, “standard” and MyFord Touch. In the standard setup, the large gauges are clearly marked and easy to read. Major controls on the dashboard’s central section are governed by four knobs and numerous small buttons. The variously sized buttons are unusually shaped and organized into four clusters. At first glance, some of the icons may prove puzzling but with a bit of practice most of the functions should quickly become second nature. With MyFord Touch, drivers view a configurable instrument cluster with display screens flanking a large central speedometer. Most audio, climate, and navigation functions are governed by a large touch screen mounted high on the central section of the dash. There are also duplicate touch-sensitive climate and audio control “buttons” printed on the Sony-branded dash panel, and two five-way controllers on the steering wheel. While MyFord Touch has been improved from the earliest versions of the system, it still requires some study to understand all that the complicated system is capable of doing. Some of the virtual “buttons” on the touch screen and dash panel are small and can be difficult for the driver to activate while on the move. MyFord Touch is certainly a “try before you buy” system.

Fusion’s interior is cleanly designed and nicely detailed. Some better-than-average faux-metal trim helps dress up what’s otherwise a bit bland all-black color palette. There are many padded areas including the top section of the dashboard and the armrests, but there are some slightly disappointing hard-plastic pieces in the mix too. The cloth upholstery is OK. It looks best when paired with the available SE Appearance Package that includes red contrast-stitch detailing. The leather that’s optional on SE and standard on Titanium adds some class. The standard textured-plastic steering wheel doesn’t feel nearly as nice in-hand as the leather-covered unit that’s standard on Titanium and available on SE variants.

Up front, Fusion is spacious with generous headroom and legroom for large adults. However, the wide, swept-back center control panel steals a bit of knee space. The driver’s seat is supportive, but some testers had trouble dialing in an ideal seating position–a 6-foot 2-inch male was very comfortable and had better-than-average visibility to the sides and rear, but a 5-foot 4-inch female colleague found that for good visibility she had to set the seat so high her feet were nearly off the floor. The Titanium’s 2-way power passenger seat is not adjustable for height, but it is very comfortable. On the SE models, the manual passenger seat’s cushion slopes downward to the rear. While sitting in it, your back side feels too low, and shorter passengers may find that the upward slope of the seat raises their legs and feet unnaturally.

The rear seat has adequate headroom and legroom for a 6-foot 2-inch passenger to sit behind another of like size. The rear seat’s cushion slopes down to the rear, leaving the impression that your back side is sitting lower than you’d like.

The trunk itself is large, but accessing it can be awkward because the opening is very short front-to-back, and the lid doesn’t open far enough to clear some tester’s heads. The lid uses sickle-shaped hinges, but they are covered so they won’t crush cargo. There’s a bit of underfloor storage in the form of a styrofoam organizer. The split-fold rear seat can easily be flopped forward to increase cargo room. Hybrid models have a significantly smaller trunk because the battery pack is placed behind the seat and between the wheels. Because of this, the Hybrid must do without the flat trunk floor common to other Fusions. Hybrids maintain the split-fold seat, but the seat backs end up below the top surface of the battery pack. Interior storage is better than average. There’s a good-size bi-level lockable glove compartment, a large bin in front of the shifter, a sunglasses compartment above the mirror, and huge door pockets with bottle holders. The console bin is large too, and it includes a removable organizer tray.