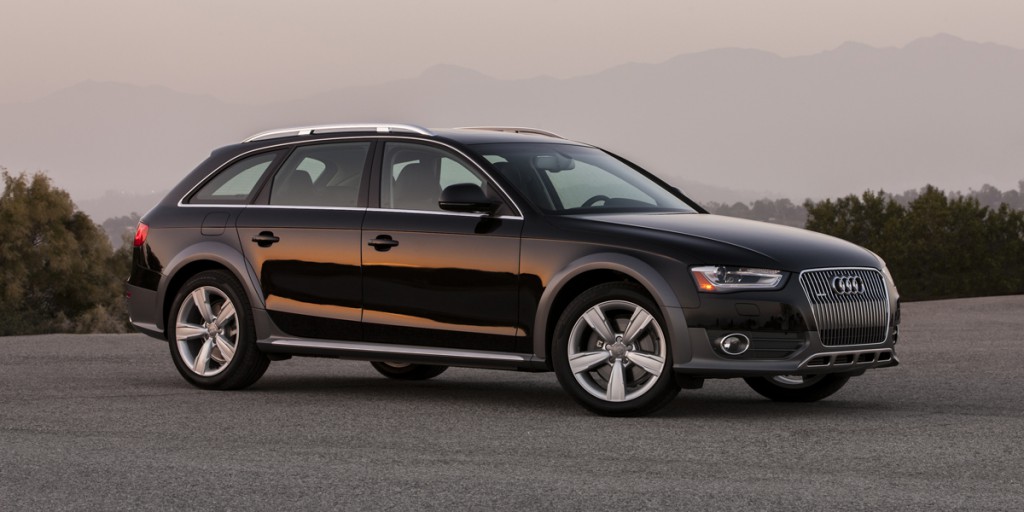 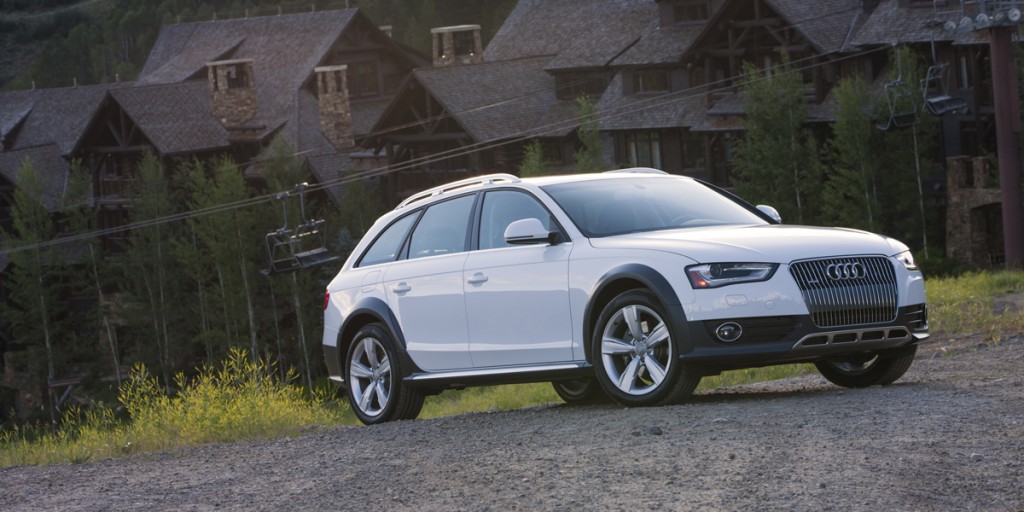 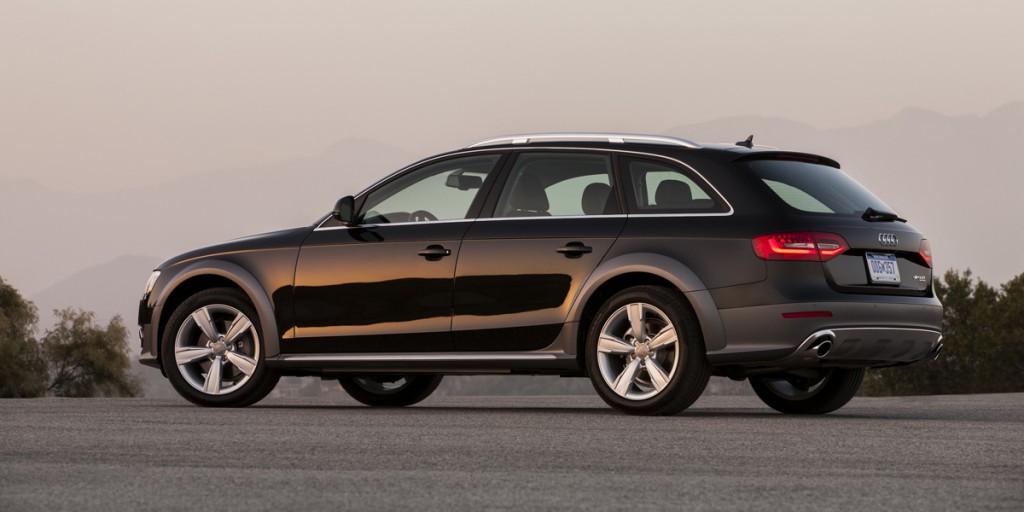 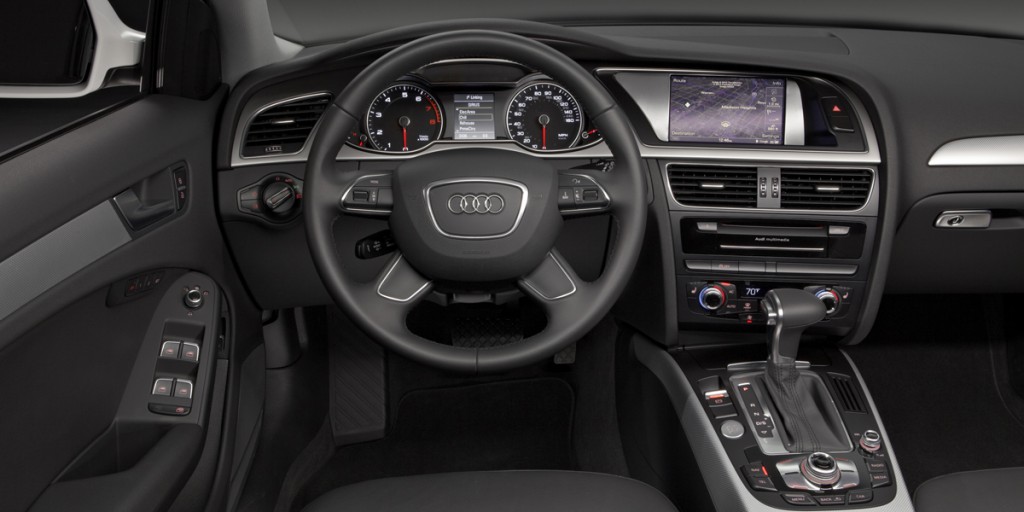 In a market that favors crossovers and SUVs, the Audi Allroad wagon has little direct competition in the premium-compact-car category. However, even though it is a wagon, you’d never know it unless you look at the rear of the vehicle. The Allroad has good power, athletic handling, and a comfortable and classy interior. Add to that a certain flair of soft-roading ability, and this is a nice alternative to a premium-compact SUV.

The Audi Allroad is a new raised-suspension station-wagon version of the Audi A4 premium-compact car. It replaced the Audi A4 Avant wagon for model year 2013.

Allroad used the same 211-horsepower (220 hp for 2014)turbocharged 2.0-liter 4-cylinder engine and 8-speed automatic transmission as the A4. The Allroad is all-wheel-drive.

The 2013 Audi Allroad comes with an array of expected and federally mandated safety features.

The only engine offered in the Allroad is a turbocharged 2.0-liter 4 cylinder. Horsepower was 211 when the Allroad debuted in 2013 and then rose to 220 for the 2014 model year.

Off-the-line acceleration is lacking, but once the turbo kicks in around 2,700 rpm, the Allroad is snappy and responsive. However, the driver must floor the accelerator pedal for a downshift. Passing power is acceptable, but the car takes a while to overtake other vehicles at highway speeds. Paddle shifters help in this regard to summon the engine’s reserves. When in Drive, a rearward pull on the shifter activates S mode, which sharpens throttle response and keeps the engine at higher revs for maximum power. The transmission has a gate for manual shifting.

Allroad is a comfortable car. Small pavement imperfections are absorbed nicely and rarely find their way into the cabin. Large bumps and dips are noticed, but are not intrusive.

The steering feels taut and builds in effort as the wheel is turned. It is light yet communicative. The Allroad handles with some body lean, but it does not detract from the driving experience. The brakes are strong, but have a slightly mushy pedal feel and take just slightly more effort than one would expect. Tight turns induce slight understeer and its accompanying tire squeal.

Wind noise is almost non-existant. A tiny bit comes from the exterior mirrors at highway speeds, but one must listen closely to notice it. Tire noise is slightly more prominent. It’s by no means intrusive, but it increases with speed. The engine is silent at idle and makes a light hum under normal driving conditions. Upon full-throttle acceleration and high-speed runs, it emits a pleasingly sporty, yet muted, growl.

he gauges are clear and well lit. The climate controls are placed awkwardly low on the dashboard. In Park, the shifter blocks access to a few climate-control buttons. Also, the dual-zone climate control uses a knob to select temperature for each occupant. To control fan speed, one must push the fan button, then look at the screen to dial in a speed with the knob. This can be distracting, and we’d like it if the knobs controlled fan speed first, then use a button to select temperature. Audi’s MMI control system absorbs most audio and some climate functions, and it is distracting. Interestingly, instead of a standard USB port, this car has an odd plug that necessitates the use of a proprietary cord to connect an iPod. Two SD card readers in the dash are where you might expect USB ports, but these are not available.

Allroad’s interior generally impresses for design, materials, and workmanship. It is largely identical to the interiors found in the A4 and S4. Some of the trim is silver-painted plastic designed to look like metal. Overall, the effect is not convincing. That said, the interior is still high-quality and can be had with several real aluminum trim pieces.

The Allroad’s front seats are firm and comfortable. Legroom is ample. Headroom is fine for 6-footers, but the sunroof’s housing steals a bit of space.

In back, Allroad has only adequate headroom for six footers, and legroom is tight behind taller drivers. The seat is supportive and nicely contoured.

The Allroad has a large cargo area with cargo cover. However, the forward-leaning angle of the rear window could hamper carrying large, boxy items. Cabin storage is subpar, consisting only of small door map pockets, glovebox, and center console.