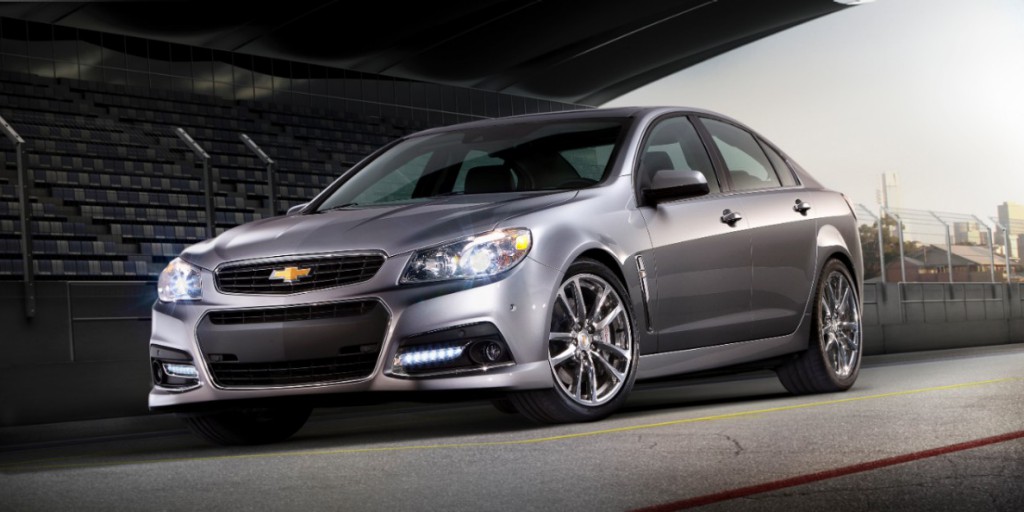 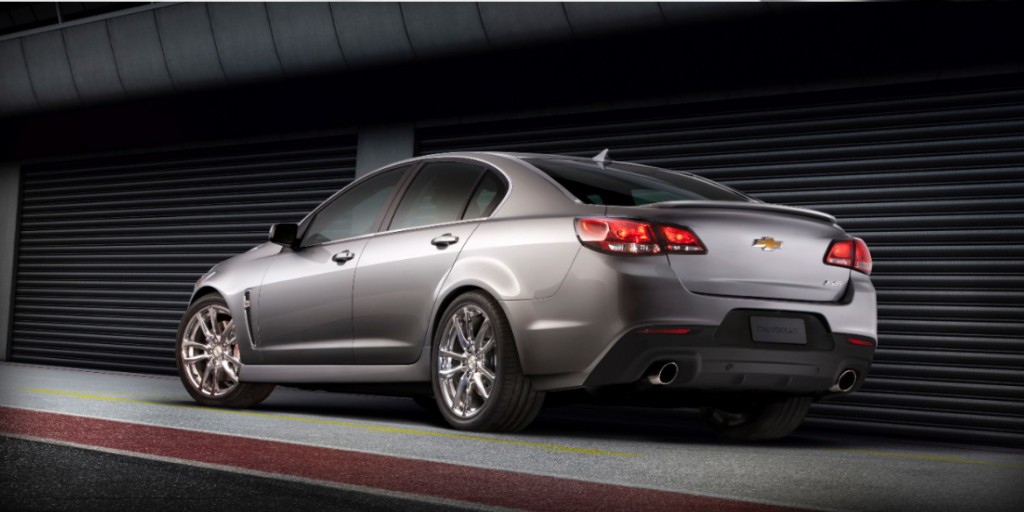 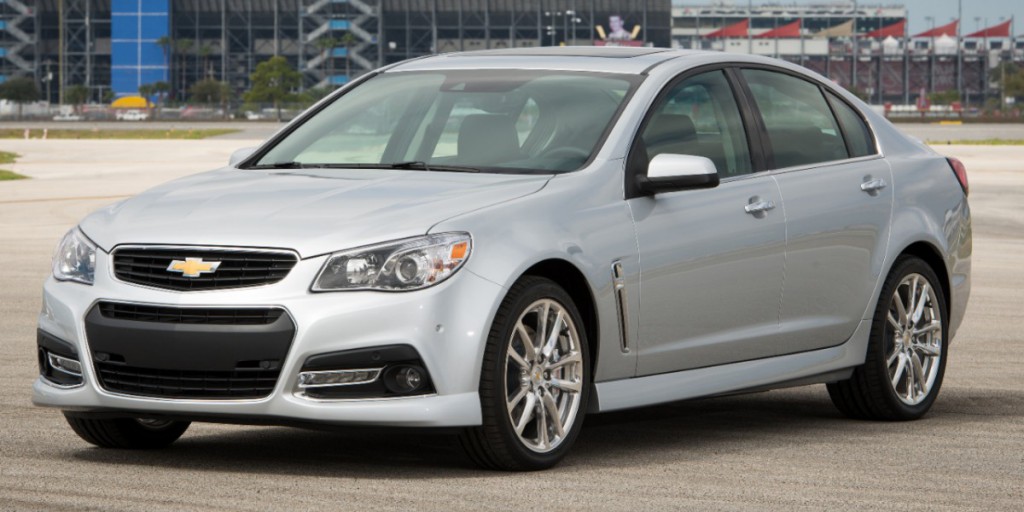 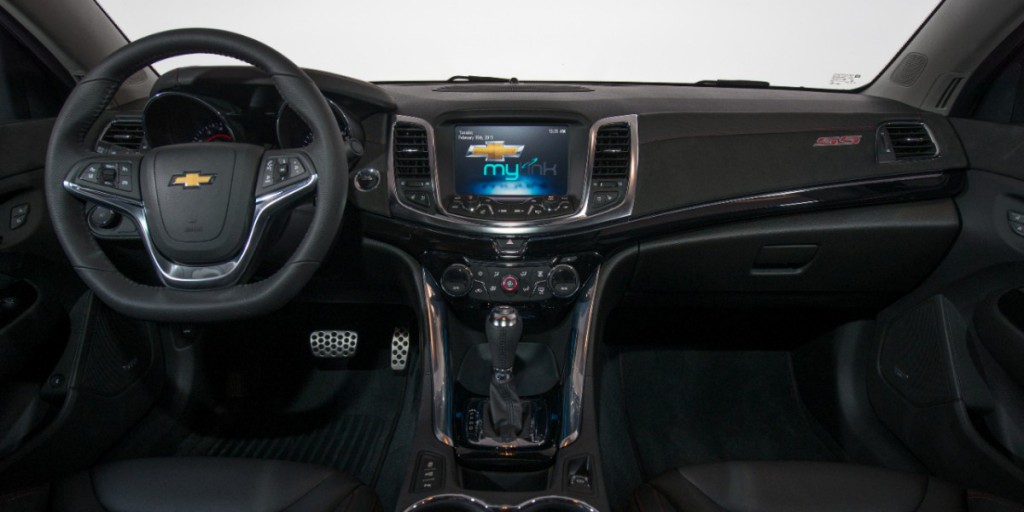 If a company is going to resurrect a hallowed performance moniker from its storied past, it darn well better be for a car that’s worthy of the name. And the SS most certainly is. Mainstream Chevrolet large-car shoppers will choose the front-wheel-drive Impala, but for high-performance enthusiasts who need large-car space, the SS is an intriguing option.

The SS was Chevrolet’s V8-powered rear-wheel-drive large sedan. Think of it as a modern interpretation of the memorable 1994-1996 Chevy Impala SS. The newer SS was based on GM’s rear-drive platform that was also found under the Chevrolet Camaro and the Caprice PPV large sedan that was only sold to law-enforcement agencies. This platform originated in GM’s Holden branch in Australia. This basic chassis also served as the foundation for the 2008-2009 Pontiac G8, although the newer SS was quite different. The Chevrolet SS was built in Australia.

The Chevrolet SS had few direct competitors. The most obvious ones were the Chrysler 300 and Dodge Charger, along with the Hyundai Genesis sedan. We suppose some shoppers may also have looked at the Ford Taurus SHO, but it had a turbocharged V6 and all-wheel drive.

Chevy says the car’s 415 horses and 415 pound-feet of torque are enough to deliver 0-60-mph bursts in about 5 seconds. Many cars that are probably just as quick 0-60 as the SS really aren’t the same kind of quick. There’s an old saying in the automotive world that “There’s no substitute for cubic inches,” and that’s really what’s at play here. Regardless of speed, stab the throttle of the big 6.2-liter V8 (376 cubic inches for us old-timers), and the response is virtually instantaneous. Some credit can go to the automatic transmission, which downshifts at lightning speed, but the end result is a glorious rush that can’t always be equaled with intake boost.

The SS rides reasonably well for a performance machine—decent enough to be comfortable on a daily basis.

Steering response and cornering precision are about as good as can be expected of a two-ton sedan, so the ride/handling balance seems impressively well thought out. Braking is quick and secure.

One thing that stands out under those prods of the throttle is the full-bodied exhaust note. Whatever effort was spent tuning it for that sound was time well spent, as there’s a raucous roar when giving it the boot and a faint but audible rumble even at cruise. It just flat screams “muscle.”

The controls managed by the dashboard screen aren’t always intuitive or easy to use, but at least there are actual volume and tuning knobs and a few real buttons. Genuine knobs and buttons are also a blessing for the climate controls, as temperature and fan speed are adjusted with rotary knobs, with mode selected with individual pushbuttons. Big analog dials keep the driver informed.

The interior has a wonderfully upscale feel; this is hands-down one of Chevrolet’s classiest cabins. There are some padded areas on the dash, and suedelike stuff with red contrast stitching is found on door panels and on the dash above the glovebox. Shiny metal accents throughout brighten up what could be the dark night of the automotive soul. (Black is the sole interior color offered.) However, hard plastic on the tops of doors, parts of the dash, and the sides of the console remind that there’s still some cost-cutting going on.

Perforated-leather front seats are comfortable and supportive. Entry and exit are easy, but over-the-shoulder visibility is compromised by a lowish roofline and thick C-pillars. The adjustable steering column helps the driver attain an optimal seating position, and the racy flat-bottom wheel opens up a little more room for the pilot.

Interior storage is limited. There are small-volume glove and console boxes; a couple small, shallow open bins on the console; two open console cup holders; smallish map pockets in all doors; and pouches on the backs of the front seats. Rear occupants can avail themselves of a pull-down center armrest, but unlike some cars with this feature, it doesn’t contain cup holders. The trunk is big and square for optimal space utilization. The opening is conveniently wide, but lift-over is a little on the high side. Struts hold up the aluminum decklid, not space-robbing gooseneck hinges. The rear seat backs don’t fold down, there’s just a small ski pass-through.