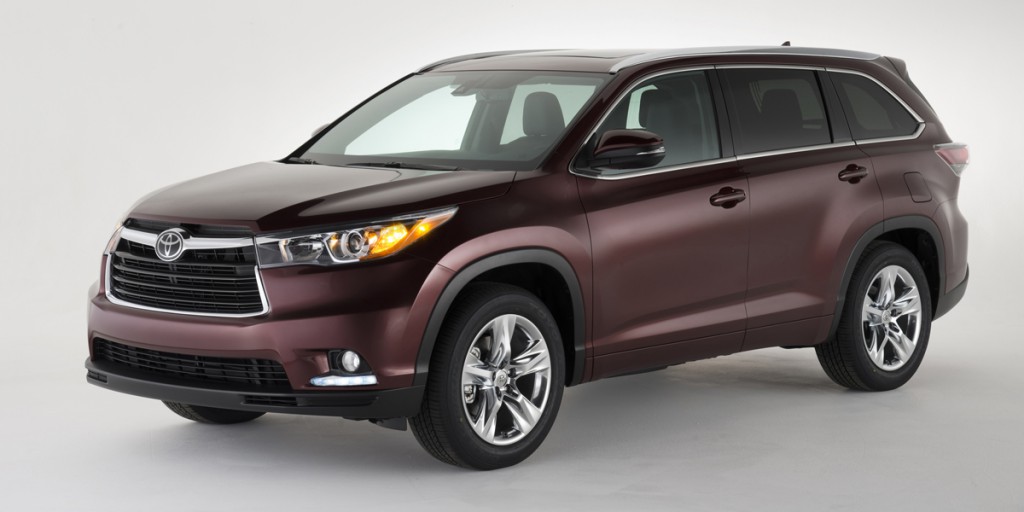 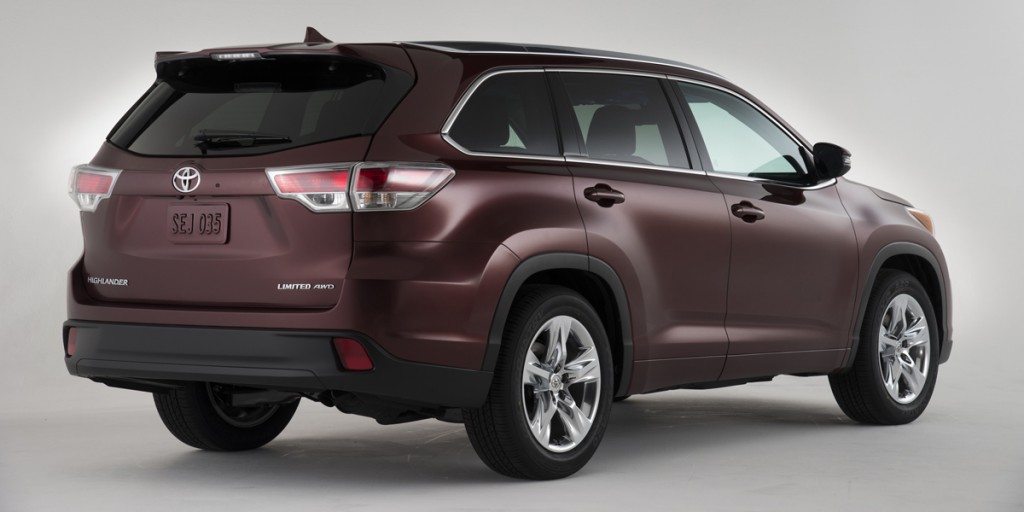 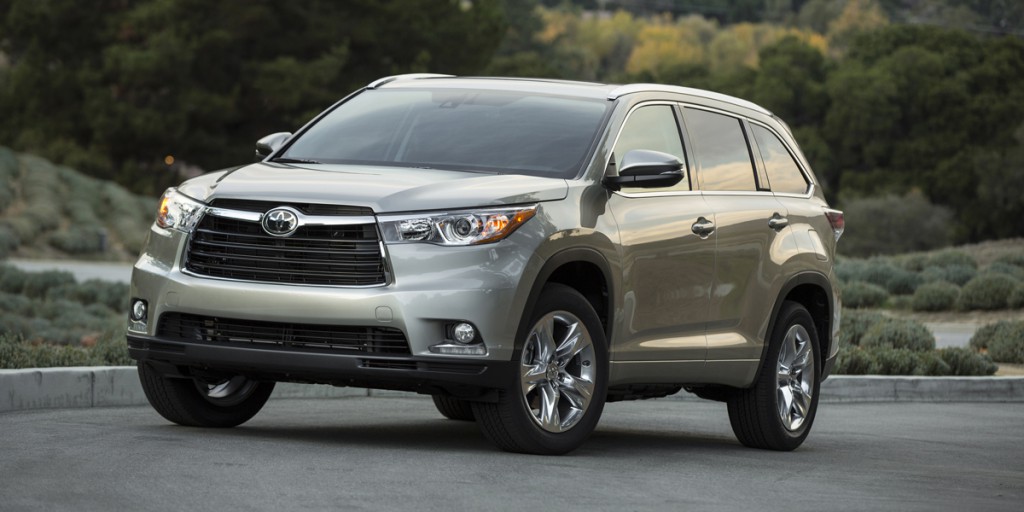 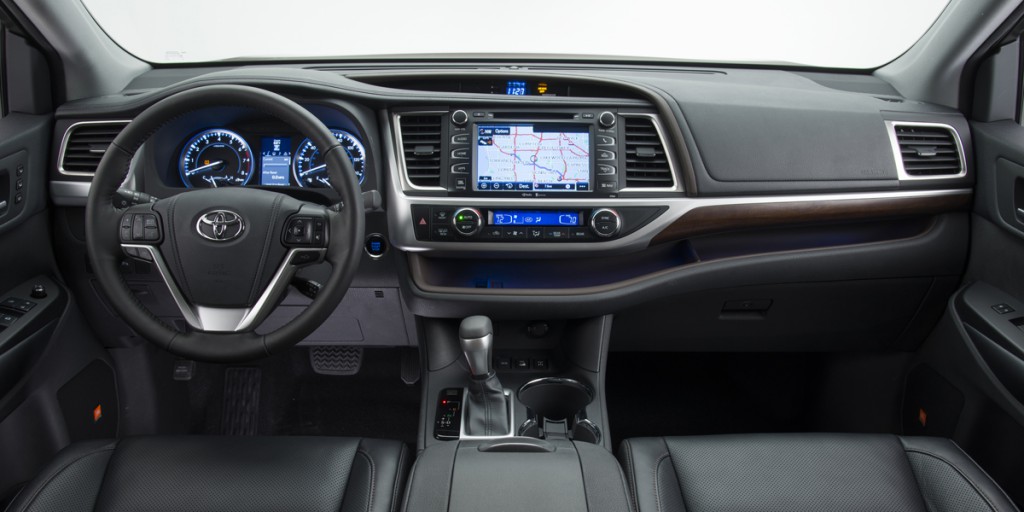 The Highlander remains a must-see vehicle in the midsize-SUV class. Compared to previous Highlanders, the 2014 redesign offers increased passenger and cargo room, improved quietness, and a full array of cutting-edge technology features that keep it at the head of its segment.

Highlander was one of four midsize SUVs Toyota offered, and it was, by far, the best seller of the lot. It was your standard crossover that offered seating for up 8 passengers. What made the Highlander unique specifically was that it was the only midsize crossover that offered a gas/electric hybrid model. Non-hybrid Highlanders were built in the U.S.A., while hybrids were made in Japan. Competitors include the Dodge Journey, Honda Pilot, and redesigned-for-2014 Kia Sorento. Highlander was revamped for 2014 and sported a drastically different look inside and out, but its drivetrains didn’t change a whole lot.

Front-wheel drive and all-wheel drive were offered. The AWD system allowed for 100 percent of the engine’s power to drive the front wheels in normal driving, but it could send up to 50 percent to the rears as traction and driving conditions required. The front-drive LE came with a 185-horsepower 2.7-liter 4-cylinder engine. Toyota’s 270-horsepower 3.5-liter V6 engine was optional on the LE model and standard otherwise. All used a 6-speed automatic transmission. The AWD-only Hybrid used a 3.5-liter V6 teamed with an electric motors for a combined 280 horsepower. Hybrids had a continuously variable automatic transmission (CVT).

Front-wheel drive and all-wheel drive were offered. The AWD system allowed for 100 percent of the engine’s power to drive the front wheels in normal driving, but it could send up to 50 percent to the rears as traction and driving conditions required. The front-drive LE came with a 185-horsepower 2.7-liter 4-cylinder engine. Toyota’s 270-horsepower 3.5-liter V6 engine was optional on the LE model and standard otherwise. All used a 6-speed automatic transmission. The AWD-only Hybrid used a 3.5-liter V6 teamed with an electric motors for a combined 280 horsepower. Hybrids had a continuously variable automatic transmission (CVT).

Acceleration of our test AWD XLE V6 was only slightly above the level of “so-so,” even with just one or two people aboard.

EPA fuel-economy ratings for the AWD Highlander V6 are 18 mpg in the city, 24 mpg on the highway, but Consumer Guide saw just 17.1 mpg over 364 miles, 60 percent of which was under city driving conditions.

The ride is absorbent over most surfaces, though sharp bumps and potholes can induce a clunky feel. Also, a stretch of rippled expressway pavement seemed to register every little wiggle in the cabin.

Steering is nicely weighted and responsive. A decently compact turning radius mean it’s still quite maneuverable for its size.

Instruments were easy to read, and switches for ancillary functions were handy. The climate controls and touchscreen infotainment system are logically laid out and simple to use. Audio settings were easy to program on the central screen, and thumb buttons on the steering wheel reduced the need to contact the screen. I would have preferred dial controls for some functions, but at least Toyota makes its push buttons large enough to use easily while driving. All in all, the Highlander can be honestly called user-friendly.

The interior materials are notably improved for 2014, with more soft-touch surfaces and some nice contrasting trim pieces for added visual interest.

The Highlander in our test was possessed of comfortable seating, a good driving position, and fairly good visibility.

Middle row riders will find sufficient room for feet and knees. There’s a flat-enough floor and enough east-west space to seat three adults in row 2—however the in-betweener might have the optional BluRay player staring him or her in the face. The third-row seat has a low cushion and not a lot of leg room, so it might best be left to members of the Future Adults of America club. There are three head rests built into the seat, but maybe three toddlers would happily fit across that seat—and they’re supposed to be in boosters anyway. Access to the third row isn’t too complicated; flipping a lever on the second-row seats lets them track forward to open a path to the rear.

Some minivans and 3-row SUVs don’t leave much cargo room when all seats are in use, but the Highlander still has decent space. With the back row folded (control straps on the back of the seats make raising and lower the seats easy), there’s a large flat-floored cargo area at your disposal. Second- and third-row seats are both of the split-folding variety for various cargo/passenger loading configurations. For incidental storage, there’s a low-set glove box, door pockets (albeit small ones in the rear doors) with bottle holders, and a roll-top covered bin/arm rest on the center console. There are cup holders in the console, in the pull-down center arm rest in the middle row, and built into the sides for third-row passengers. The dashboard has a handy inset storage tray for cell phones, iPods, and other portable devices; the tray has a pass-through for wires to connect to the USB and other jacks at the front of the console, thus keeping them neatly tucked away (and not IN the way).