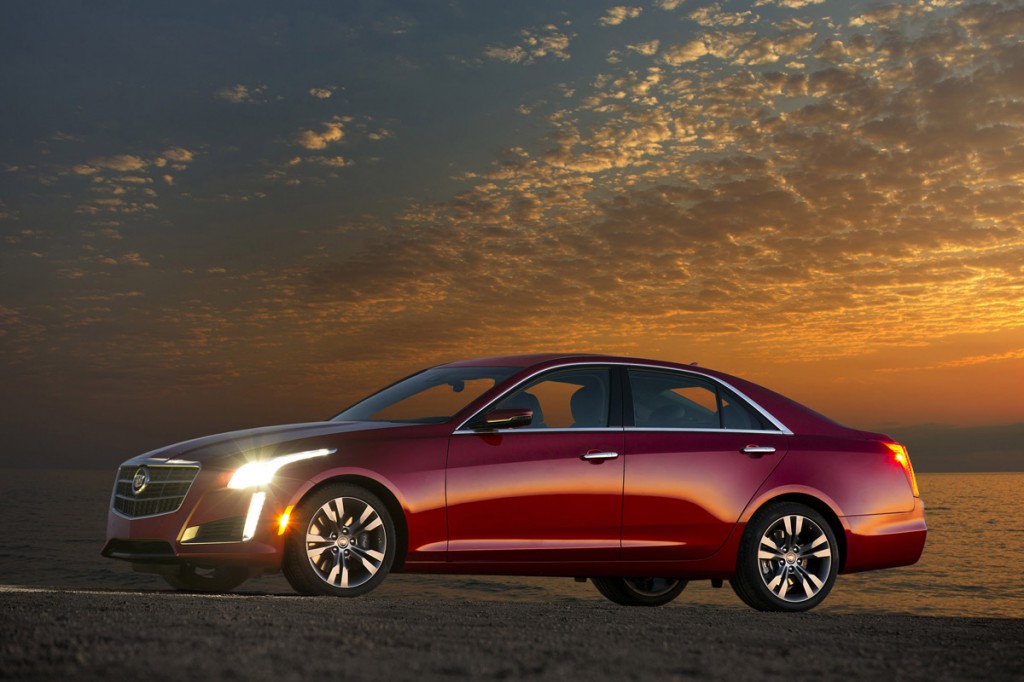 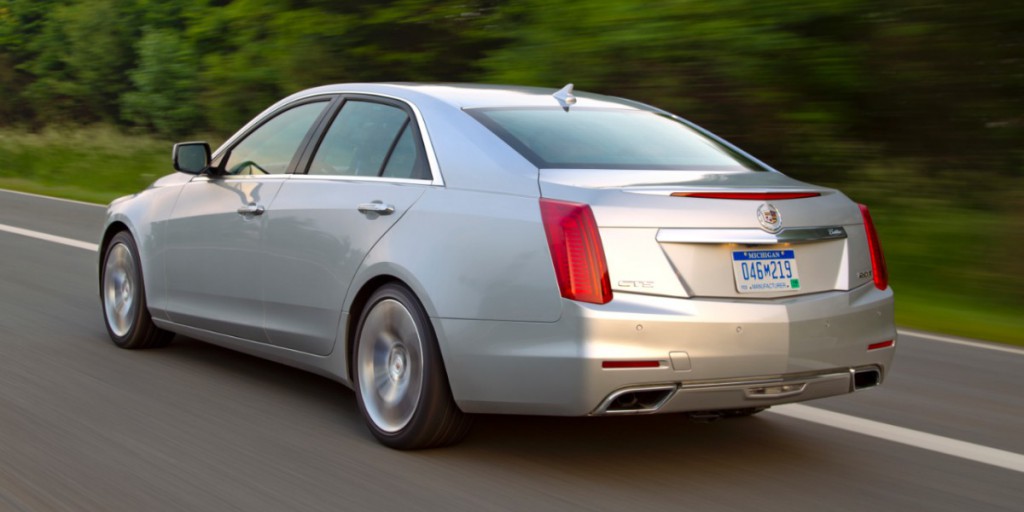 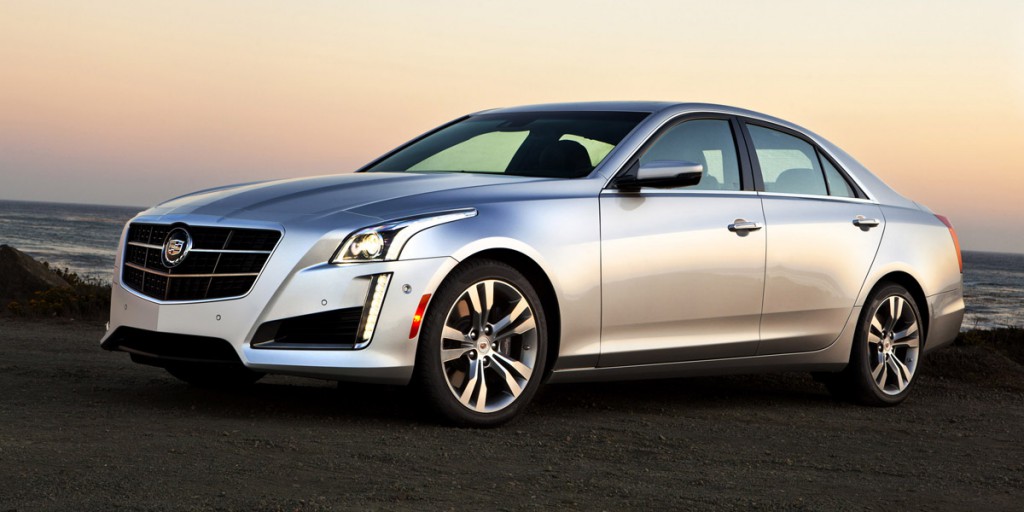 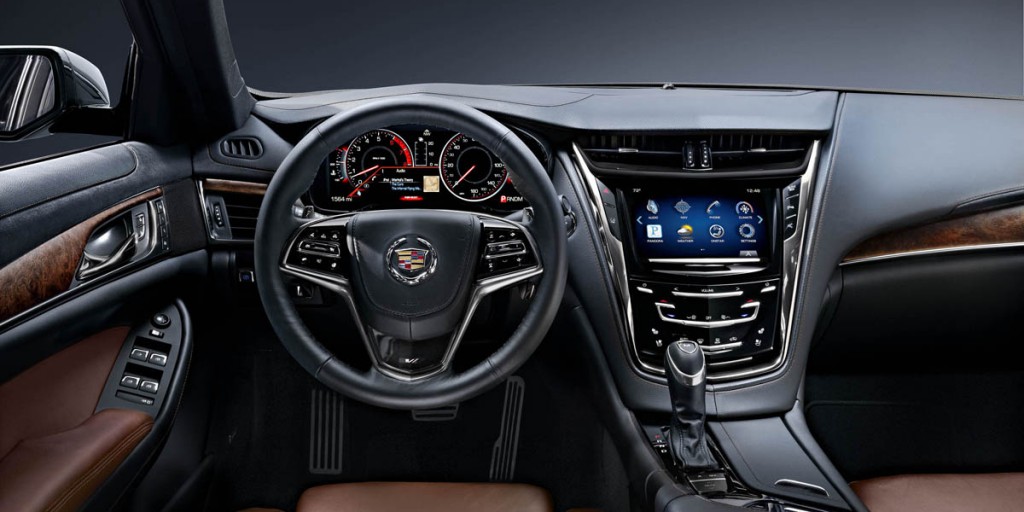 CTS has moved up in size, prestige, and price, and though it now competes more directly with BMW and Mercedes-Benz rivals, it still costs less comparably equipped. It’s also entertaining to drive and luxuriously appointed, making it an attractive value in the premium-midsize class and a Best Buy (2014).

CTS was Cadillac’s midsize car. The focus of this report is the newly designed third-generation CTS Sedan. It rode on a larger variant of the basic chassis that underpinned Cadillac’s ATS premium compact. The CTS 4-door sedan was longer, lower, and lighter than the model it replaced. Rear- and all-wheel-drive versions were available. Only the CTS Sedan was redesigned. Cadillac sold 2014 versions of the CTS Coupe and CTS Wagon, along with the high-performance CTS-V Coupe, CTS-V Sedan, and CTS-V Wagon, but all of these variants used the same basic designs as the 2013 models (see 2008-14 CTS report).

The Cadillac CTS Sedan faced tough competition from various entrenched premium-midsize sedans including the Audi A6, BMW 5 Series, and Mercedes-Benz E-Class. Other competitors include the Infiniti M37 (the name changed to Q70 in 2014) and Lexus GS350.

The CTS Sedan included all expected safety features as standard equipment. Many additional safety features were available as well. These included rear-obstacle detection, forward-collision alert, lane-departure warning, side blind-zone alert, rear cross-traffic alert, and a rearview camera. Other safety items included the Safety Alert Seat that warned a driver to potential collisions or vehicles in the car’s blind spots via vibrations in the seat cushion. Front and Rear Automatic Braking could audibly warn the driver to prevent low-speed collisions with objects in front of or behind the car and even bring the car to a full stop if necessary.

This test is based on a CTS with the base turbocharged 2.0-liter 4-cylinder with 272 horsepower. The turbo four is not very snappy off the line, but it pulls smoothly and strongly shortly thereafter. Midrange response and passing power are quite satisfying. Cadillac quotes its 0-60-mph time at 6.1 seconds.

The EPA fuel economy estimates for the 2WD CTS with turbocharged 2.0-liter four cylinder were 21 mpg city and 31 mpg highway. In Consumer Guide testing the CTS averaged 18.8 mpg in a mix of 70% city and 30% highway driving.

Some drivers and occupants will find the CTS’s ride harsh, while others will find it quite good by sport sedan standards. That is something that should steer less sport-seeking shoppers into Cadillac’s more softy sprung and much roomier XTS sedan.

The CTS has rewardingly quick steering and very Euro-sedan-like handling. Cadillac’s goal to create a machine that matches the moves of Audi’s and BMW’s best has been realized.

All three engines are very quiet and refined until the right-hand pedal is prodded, at which time they emit a rich, pronounced roar.

A centerpiece of most new Cadillacs (CTS included) is the CUE touchscreen infotainment interface. I’ve tested several Cadillacs with the CUE system, and I keep waiting for it to grow on me. It hasn’t. I understand the benefits of a touchscreen—it allows for a myriad of virtual buttons and controls in a relatively small amount of dashboard “real estate.” However, CUE also uses capacitive-touch virtual buttons on “fixed” controls, such as those for the stereo volume, climate controls, and heated seats, and, simply put, they don’t work as well as a plain old-fashioned button or knob. Instead of simply twisting an actual knob for the volume control, CUE uses a tedious virtual-button “slider” that requires much more effort to use, especially when the vehicle is moving.

Interior design and materials are easily up to the standards of this price class. One would be hard-pressed to find any hard plastic, as leather (in numerous color combinations), wood (in several grain choices), carbon fiber, and metallic accents are the order of the day. Classy touches abound (such as footwell lighting), and interior storage is quite good, with a decent-size glovebox, small console box, two console cupholders (with powered sliding cover!), a small console bin, and a neat hidden bin behind the fold-up CUE screen.

While there’s enough head and legroom in back for two adults, a passenger in the middle has to straddle a tall, wide driveline hump. Furthermore, getting your feet out the door opening can be a challenge. Not only is the door sill tall – meaning you have to pick your feet far off the floor to clear it – but there’s a structural bulkhead that extends beyond the seat cushion and is squared off at the corners, restricting the opening for those with larger feet.

Cargo space could be larger and better utilized. The trunk is wide at the back end (where golf clubs would go) but narrows considerably between the wheel wells, and the floor has raised edges. Sickle-shaped hinges are a bit low-tech for this price class, but they’re covered to prevent damage to luggage. There are a couple of storage bins to the side and under the floor, but the rear seat backs don’t fold.