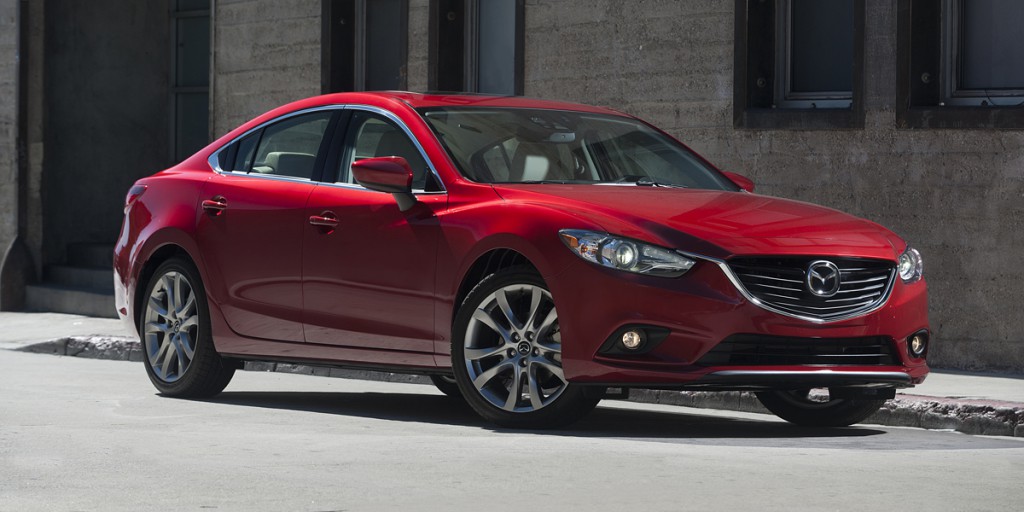 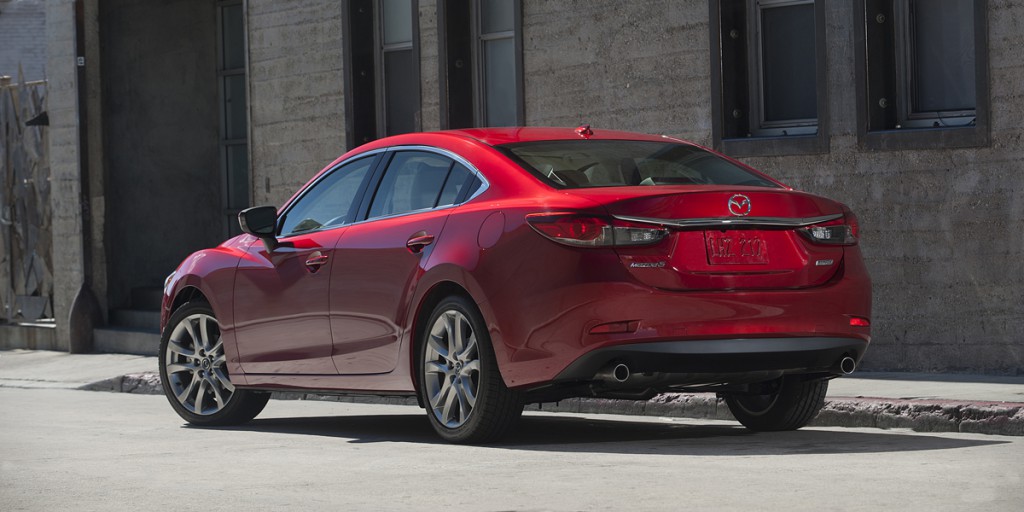 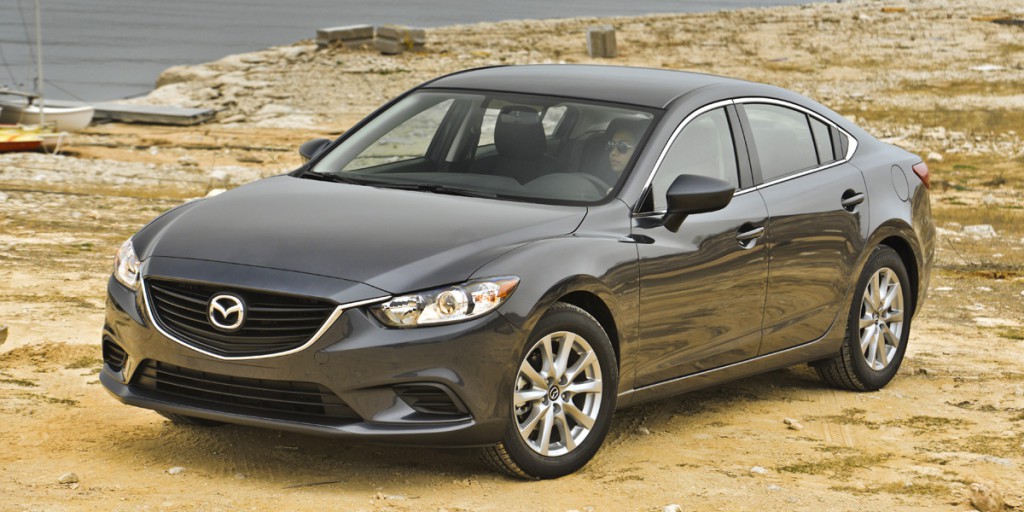 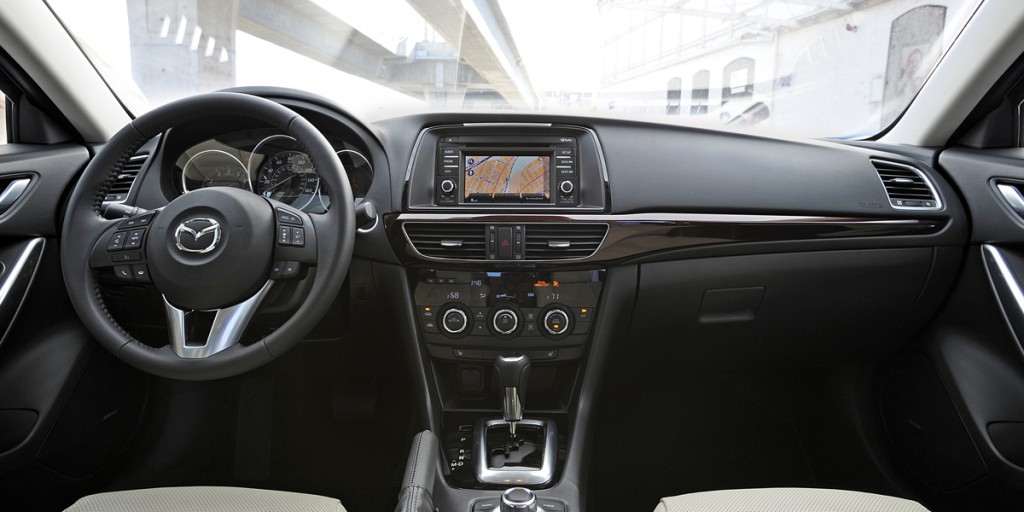 Like its predecessor, the redesigned 2014 Mazda 6 is one of the most nimble, athletic-feeling cars in its class. And thankfully, its fun-to-drive character doesn’t come at the expense of practicality, passenger and cargo versatility, or fuel economy. Plus, the 6’s new safety and infotainment features help it keep pace with the ever-advancing technology of its competitors. The 6’s main shortcoming is that its lineup simply isn’t as broad as rival midsize sedans’. There is no hybrid version or 250-plus-horsepower engine choice (either as a turbo 4-cylinder or V6) available at the moment. Given the 6’s sporting intentions, some buyers will wish for a bit more power than its 4-cylinder can provide. Still, for shoppers who are yearning for some genuine enthusiast character in their daily-driver midsize sedan, a Mazda 6 could be just right.

The Mazda 6 was this Japanese automaker’s midsize sedan, and it was all-new for 2014. As with the previous-generation 6, Mazda positioned the new car as a sporty alternative to mainstream midsize sedans such as the Honda Accord Sedan, Hyundai Sonata, and Volkswagen Passat. The Mazda 6 was built in Japan.

The 2014 Mazda 6 was redesigned from the ground up. Like Mazda’s CX-5 compact SUV, the Mazda 6 utilized the company’s SKYACTIV brand of fuel economy-oriented engine, transmission, and chassis technologies. The 2014 Mazda 6 launched with just one engine available. An optional 2.2-liter SKYACTIV-D diesel engine was set to debut in the second half of the 2013 calendar year but was eventually was delayed and did not appear during the model year.

All Mazda 6s were front-wheel drive and used a 2.5-liter 4-cylinder engine with 184 horsepower. Sport and Touring models offered the choice of a 6-speed manual or 6-speed automatic transmission; Grand Touring models were only sold with the automatic.

The 2014 Mazda 6’s EPA fuel-economy ratings were 25 city/37 highway with the manual transmission and 26/38 with the automatic. Grand Touring models equipped with the Technology Package, which included the aforementioned i-ELOOP, received an EPA score of 28 city/40 highway.

The 6 is quite peppy for a 4-cylinder-powered midsizer, but no one will mistake it for a V6. Throttle response is crisp from a stop, and power is never less than adequate around town and on the highway. The automatic transmission is smooth and responsive. The manual shifts precisely. The smooth shifter action and light, easy to use clutch make this one of the better manual-transmission cars to drive in traffic.

Mazda 6 exhibits a fine blend of comfort and control. While the ride is firm, it is also laudably compliant given the car’s nimble-for-the-class handling. There is little difference in ride quality between Sport models’ 17-inch tires and Touring/Grand Touring models’ 19-inch tires.

The Mazda 6 is one of the sportiest cars in its class. It feels composed and nimble in fast corners, with minimal body lean. The steering feel is quick and precise, and the brakes supply fine stopping power. No opportunity to test the i-ELOOP regenerative braking system.

The engine groans in fast acceleration, but recedes nicely in steady-state cruising. Wind rush is moderate at highway speeds. Tire roar on coarse pavement is prominent, particularly with the Touring and Grand Tourings’ 19-inch tires.

All the gauges and controls are logically placed and easy to read. Large buttons are clearly marked, and the climate system uses handy dial controls for most functions. The manual-transmission Sport has a simple, easy-to-use radio, but surprisingly lacks Bluetooth connectivity. All others have have a color touchscreen audio system that is simple and intuitive to use. Touring and Grand Touring include a console mounted “Commander Switch” that enables toggling between infotainment functions and includes some redundant audio-system controls.

Headroom and legroom are ample, even on models equipped with a sunroof. The tilt-and-telescopic steering column helps in tailoring a good driving position. Center-console armrest is generously padded; on Touring and Grand Touring models, it slides fore and aft. Visibility is good all-around.

Headroom is plentiful for average-sized passengers, though the available sunroof’s housing can slightly intrude on space for taller folks. Legroom is class competitive. Wide-opening doors aid ingress and egress.

The trunk is generously sized, and the rear seat backs fold nearly flat in a 60/40 split to reveal a large pass-through opening. Handy plastic storage trays aft of the wheel housings are a nice touch; they help keep small items from rolling around the trunk. Sickle-type trunk-lid hinges are covered so they don’t crush cargo. Interior small-items storage space is OK, but trails the best in the class.