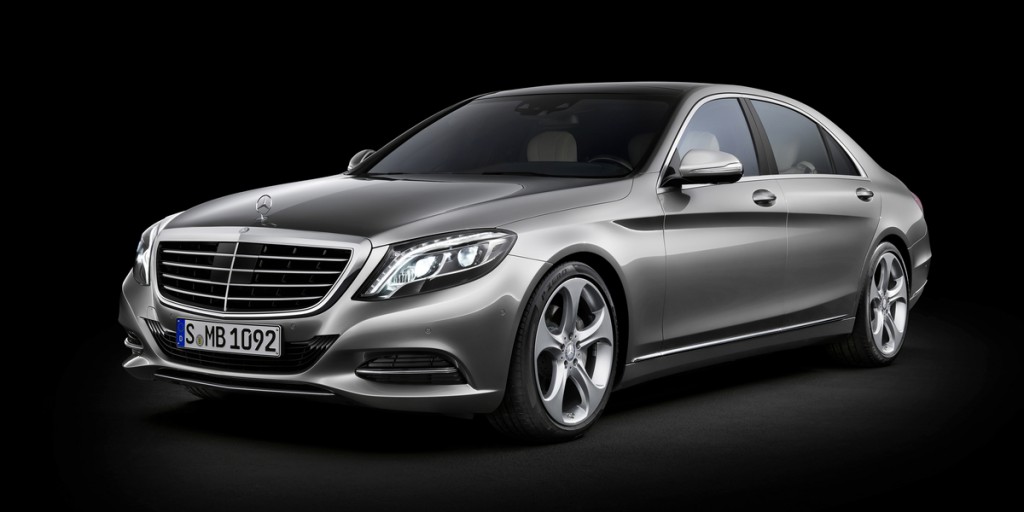 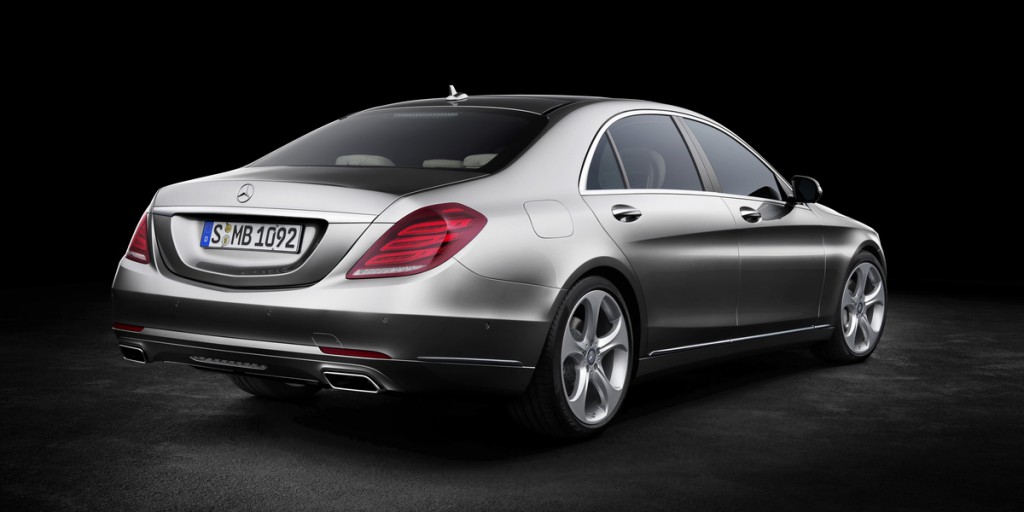 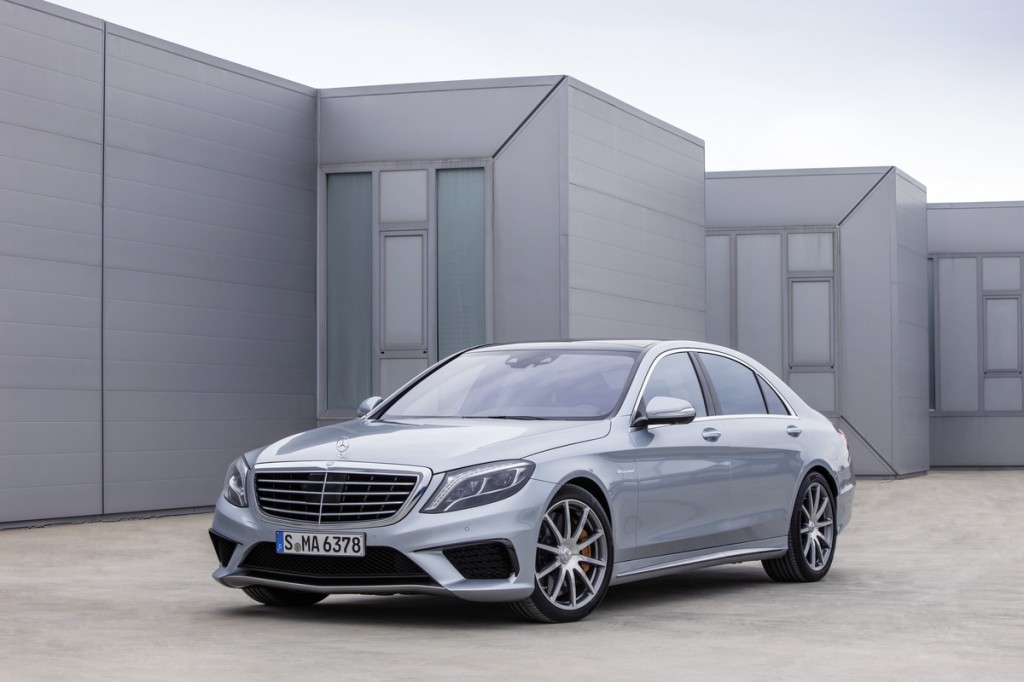 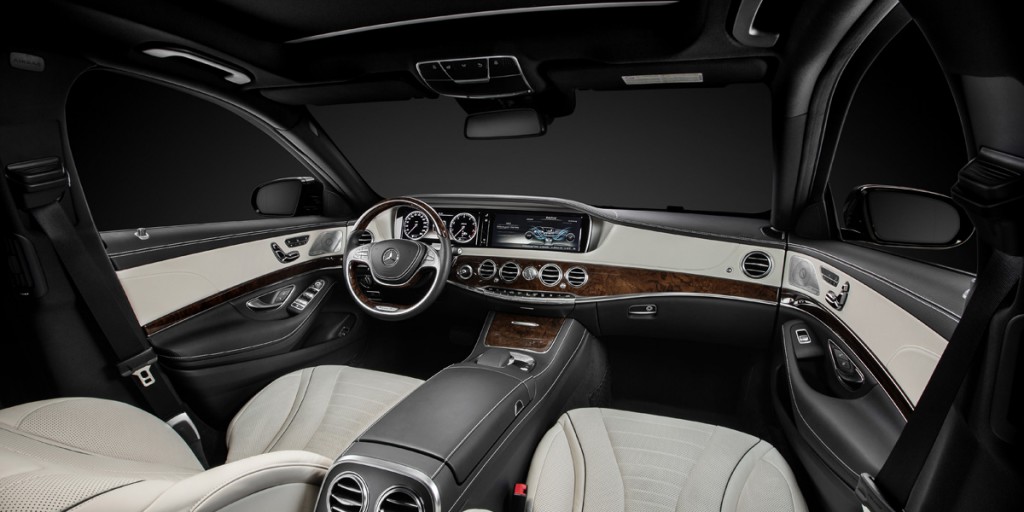 Those who liked the previous S-Class–and we count ourselves among them–will likely be impressed by the redesigned 2014 model as well. Many useful luxury and safety features have been added (though many will take some acclimation to use), and the newly available rear-seat packages turn the car into a luxury limousine. Although it’s not perfect, make no mistake that the S-Class remains a premium sedan of the highest order, easily competing with the best sedans in the world.

The S-Class has long been not only Mercedes-Benz’s flagship sedan, but among the best sedans in the world. It was redesigned for 2014, and at least initially, gets a greatly trimmed model lineup that will include only a twin-turbocharged V8 model with rear- or all-wheel drive. Sales of rear-drive models were expected to start in October of 2013, and all-wheel-drive models and a high-performance AMG variant went on sale soon after.

Competitors included the Audi A8, BMW 7-Series, and Lexus LS. The S-Class was about the size of the long-wheelbase versions of these rivals.

Although the 2014 Mercedes-Benz S-Class came with an extensive list of standard equipment, there was also a long list of options. Many were new to the S-Class, as it became the beneficiary of some opulent features previously reserved for the discontinued Maybach ultra-luxury sedan (a Mercedes marque that was intended to compete with Bentley and Rolls-Royce, but never really gained acceptance). Those that stood out from the luxury-sedan crowd are listed below.

Also new were some innovative safety features, which are summarized below.

A combination of stereo cameras at the top of the windshield (two cameras set apart so they were able to judge distances, just as your eyes do), an infrared camera (which “saw” warm objects in darkness), radar sensors (which detected metal objects), and various normal cameras served numerous functions in the new S-Class. One was to feed information to the optional Magic Body Control system, which “read” the road ahead of the car and adjusted the standard air suspension accordingly. Distronic Plus with Steering Assist not only kept a set distance from the car ahead when in cruise control, but it also used steering input to help keep the car centered in the lane. Adaptive Highbeam Assist allowed the high beams to be on at all times, as the system could automatically shut off some of the 56 LED lamps that made up the headlight in order to “sculpt” the beam so as to avoid shining the lights at oncoming cars or into the rearview mirrors of the car ahead. There was also a parking assist system and a 360-degree “surround view” system, but the various cameras were largely tied to safety features.

Several options were aimed at providing ultimate comfort to rear-seat passengers. One was a reclining passenger-side seat that provided extensive stretch-out room after the front passenger seat folded and moved far forward. A refrigerator and airplane-style fold-up tables were stored in the rear center console. All seats could have a “hot stone” massage function and could be heated (as could the armrests) or ventilated. An automatic perfuming function could be added, as could a high-end Burmester brand 3D surround-sound audio system.

The S550 offered only one powertrain: a 455-horsepower twin-turbocharged 4.7-liter V8 mated to a 7-speed automatic transmission, with either rear- or all-wheel drive. EPA fuel-economy numbers were 17 mpg city and 25 mpg highway with rear drive. Models with 4Matic AWD were rated at 16/24. The high-performance S63 AMG had a 577-horsepower twin-turbocharged 5.5-liter V8, 7-speed automatic transmission, and all-wheel drive. It had EPA-estimated fuel economy of 15/23. Premium-grade gas was required for all S-Class models.

The 2014 Mercedes-Benz S-Class offered numerous safety features beyond those that were required or expected. Some were optional, and a few were unique to the S-Class.

Pre-Safe and Brake Assist with Cross Traffic Assist worked in city traffic to warn the driver when the car was closing too fast on a stopped vehicle ahead, or if a car or pedestrian that crossed its path might be hit. It could apply the brakes if the driver didn’t. It could also detect if the car is about to be rear-ended by another vehicle, in which case it locked up the brakes (to minimize forward movement after impact) and tightened the seat belts.

Active Lane Keeping Assist could detect traffic coming toward your vehicle, and if your vehicle crossed over the center line, used the brakes to steer it back into its lane.

Night View Assist Plus used the infrared camera to “see” people and animals near the road but hard to see, and warned the driver by displaying the infrared image on an instrument-panel screen.

Attention Assist sounded a warning if the driver exhibited signs of drowsiness.

Aimed at protecting rear-seat passengers in a front-end collision was the “beltbag,” a small airbag in the shoulder belt, and the “cushionbag,” which was mounted in the seat cushion and helped keep a reclined passenger from sliding forward.

The S550 offered only one powertrain: a 455-horsepower twin-turbocharged 4.7-liter V8 mated to a 7-speed automatic transmission, with either rear- or all-wheel drive. EPA fuel-economy numbers were 17 mpg city and 25 mpg highway with rear drive. Models with 4Matic AWD were rated at 16/24. The high-performance S63 AMG had a 577-horsepower twin-turbocharged 5.5-liter V8, 7-speed automatic transmission, and all-wheel drive. It had EPA-estimated fuel economy of 15/23. Premium-grade gas was required for all S-Class models.

The S550 has two transmission modes: Eco and Sport. Eco mode includes a start/stop system where the engine shuts off at stoplights to save fuel. Sport mode typically runs the car one gear lower at any given speed to increase response, though that uses more fuel. In either mode–and as with some other Mercedes we’ve tested–there’s a delay in response when the throttle is stabbed from a stop; it’s about two beats in Eco mode, one beat in Sport mode, but the S550 really scoots once it gathers itself. Once under way, transmission kickdowns for more passing power are also quicker in Sport mode, and part-throttle kickdowns seem to be quicker than full-throttle ones. Mercedes claims a very quick 4.8-second 0-60-mph time, which seems a bit optimistic to us, but this is a quick car nonetheless. Mercedes estimates the S63 AMG can go 0-60 in 3.9 seconds, and the hot-rod S-Class feels that quick.

No opportunity to measure the fuel economy of a S550, but in Consumer Guide testing a S63 AMG returned 17.4 mpg in mixed driving. All models require premium-grade gas.

Over most surfaces, the S550 rides like a cloud. However, larger bumps can really pound through. A rather amazing demonstration of the optional Magic Body Control showed that it could virtually erase a 6-foot-long speed bump at 30 mph, though we’d have to test the car along our rough Chicago-area roads to determine whether it does anything for ride quality over more traditional pavement imperfections. We did drive the S63 AMG in Chicago, and found the ride firm, but not crunchy or punishing, even with it set to Sport.

There’s no sporting pretense to the S550 (that being the realm of the AMG variants), yet it doesn’t feel as ponderous as might be expected of a car this size and weight. There’s some body lean in spirited cornering and the steering isn’t sports-car sharp, but this big luxury sedan carries itself well. The steering is appropriately meaty in the S63 AMG, and the car always feels under control. The big ventilated disk brakes clamp down with conviction.

There’s very little road or wind noise at highway speeds, though some bumps can cause a thud that is mostly noticed because there isn’t much other noise to drown it out. The base engine produces a rich, muted whir under full throttle. The S63’s AMG Sport exhaust produces an authoritative, but not grating, voice.

Gauges are now “virtual” ones, in part to allow the instrument-panel screen to double as a video monitor for when the available Night View infrared-camera system detects humans or animals along a road at night. The video-like gauges may look a bit odd to those accustomed to regular gauges, but they are easy to read and decipher. Not so easy to decipher are the audio and climate controls. Mercedes’ COMAND system has never been the easiest to use, and the current version incorporates nearly all controls into a 12-inch-wide touchscreen and a console-mounted joystick. This makes many simple adjustments a multi-step affair, and so many features are encompassed that those you don’t use frequently will likely take some trial and error to find.

Padded leather surfaces, rich wood, and bright accents are the order of the day. Different colors and grains are available to customize the interior, as are some optional materials. Overall, the ambiance is about as nice as any offered in the luxury segment.

The front seats are about as spacious and comfortable as a car gets, with a myriad of adjustments to tailor the seating position. Heated front seats are standard, with ventilation and “hot stone” massaging optional. Visibility is quite good thanks to relatively thin front roof pillars and moderate side pillars. Only the rear corners are obscured by thick roof pillars, but there is a standard back-up camera and an available 360-degree “surround view” system.

The S-Class offers various rear-seat packages. The standard bench seat accommodates three adults quite nicely, though the center passenger has to straddle a driveline hump. Optional seating packages seat just two, with a multi-use console in between. Offered in the top package are reclining seats; the one on the passenger side reclines significantly more, and with the seat in front moved far forward, allows for extraordinary stretch-out room. Also offered are seat heat and ventilation, heated armrests, “hot stone” massage, remote control for climate control and audio system, a dual-screen infotainment system with internet capability, and a console-mounted refrigerator. From a rear-seater’s standpoint, it really doesn’t get much better than this.

The large trunk is usefully shaped and very nicely trimmed, with a power-operated trunklid standard. Interior storage consists of a smallish glovebox, small pop-out dash bin, shallow console bin, two covered console cupholders, and map pockets in the doors. Sadly, none are roomy enough to store anything the size of a modestly large purse.