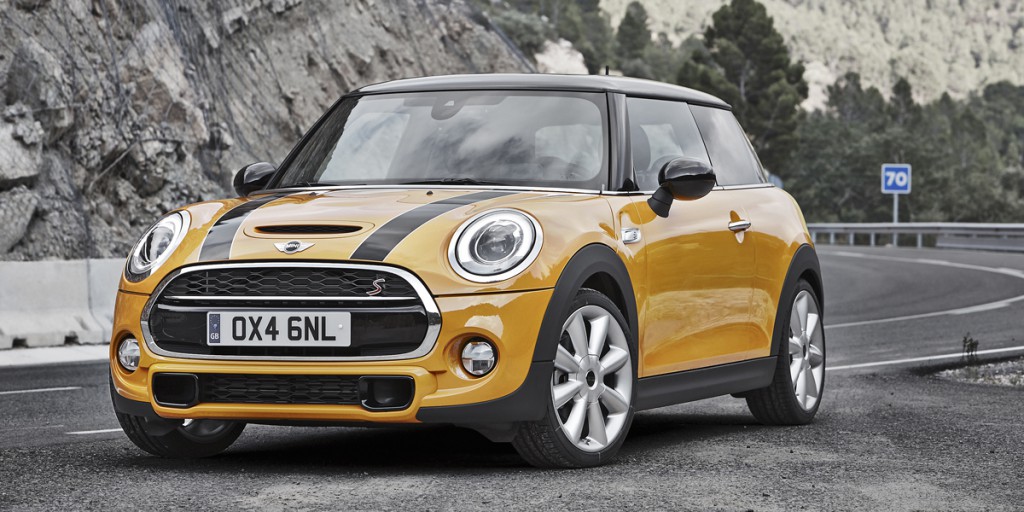 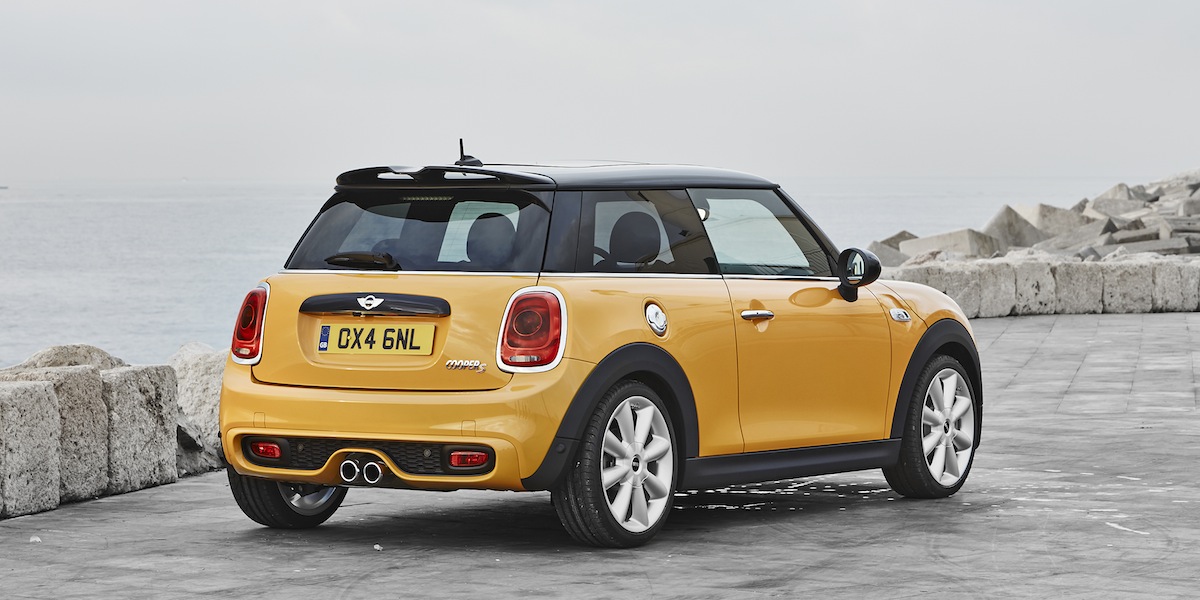 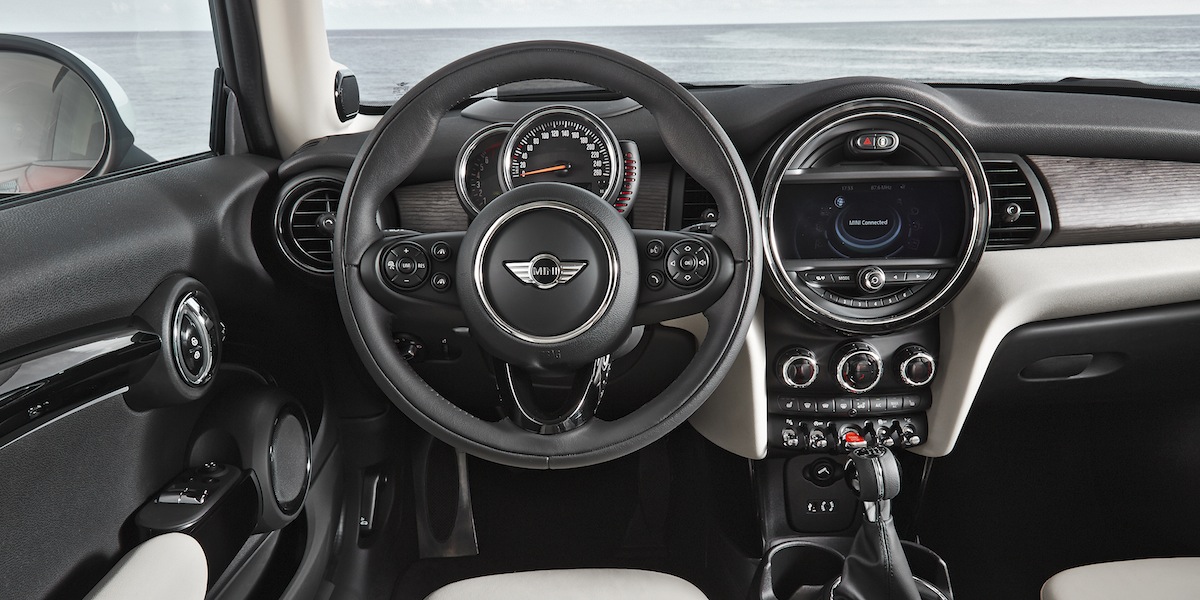 The Mini Cooper’s 2014 revamp brought slightly bigger dimensions that give this third-generation Mini Cooper a bit more space inside than its predecessor, but the car’s quirky personality and nimble, caffeinated driving character carry over intact. Mini Coopers are a bit pricey compared to some of the compact hatchbacks they’re often shopped against, but if you want a little enthusiast attitude in your commuter hatchback a Mini Cooper is certainly worth checking out.

The redesigned third-generation of the Mini Cooper Hardtop, the traditional hatchback model, was introduced for 2014. The redesign brought slightly larger dimensions which helped make it a bit larger inside than its predecessor. The Mini Cooper convertible continued to be available, but it still used the car’s second-generation design. Please see Consumer Guide’s 2007-2013 Mini Cooper review for more information on the convertible.

A broad range of technology features were available on the Mini Cooper Hardtop, including some rare-for-the-class features such as heads-up display, adaptive cruise control, and a self-parking system.

Base Coopers were powered by a 134-horsepower 1.5-liter turbocharged 3-cylinder engine. Cooper S had a 189-horsepower turbocharged 2.0-liter 4-cylinder. A 6-speed manual transmission was standard on both models, with a 6-speed automatic optional. All Mini Copper Hardtops were front-wheel drive.

Only a Mini Cooper S with automatic transmission has been made available for evaluation. The turbocharged 2.0-liter 4-cylinder engine is eager from a stop, and downright aggressive in highway passing situations. The automatic transmission could get confused and seemingly caught between gears when the throttle is applied at low speeds, for example when rounding a sharp corner.

In Consumer Guide testing, a Cooper S with automatic transmission averaged 26.9 mpg in driving that was slightly more city than highway work. Premium-grade gas is required.

Cooper S rides firmly, but stops short of being outright harsh. Highway bumps can generate a pitching sensation. Previous Mini Coopers have been sporty and fun to drive, and the 2014 model maintains that tradition. Quick, responsive steering make changes of direction play, not work. Some testers feel this Cooper doesn’t feel quite as sharp as previous models, but even they think it remains a great-handling car, and still about as close as one can get to a street-legal go cart. Tire noise can be prominent at highway speeds.

Coopers have always had an odd and somewhat inconvenient instrument and control layout, and this model is no different. Well it is actually different, it’s just really not really any better. The Mini’s signature steering-column-mounted instrument pod , circular center-dash display and row of lower-dash toggle switches are retained, but they have all been reconfigured and repurposed. Now, the speedometer is directly in front of the driver, with the tachometer being a small “eyebrow” off to the left. Center-circle controls are mainly taken up by a large non-touch screen navigation screen and basic audio controls. Below that are the climate controls, and buttons for things like seat heaters. Mini’s trademark toggle switches are at the bottom, and one is tasked as a start “flipper” as opposed to a more common start button. Many functions are buried in menus that are accessed via a console control knob. As is common with systems like this, what is initially confounding eventually becomes second nature over time. Interior materials are price appropriate and assembly is done with apparent care.

Front-seat room is adult friendly, but some testers found the seats uncomfortable. Rear seat room remains tight, with almost no leg room when the front seats are pushed far back.

With the rear seats up, there’s enough cargo room for a week’s worth of groceries or weekend-getaway luggage. The split rear seat flops forward easily, but the seat backs sit a few inches above the level of the cargo floor. Interior storage includes upper and lower glove boxes, a tiny bin in the center armrest, a forward console bin with USB/Aux/12V plugs, two console cupholders, and map pockets in the doors.