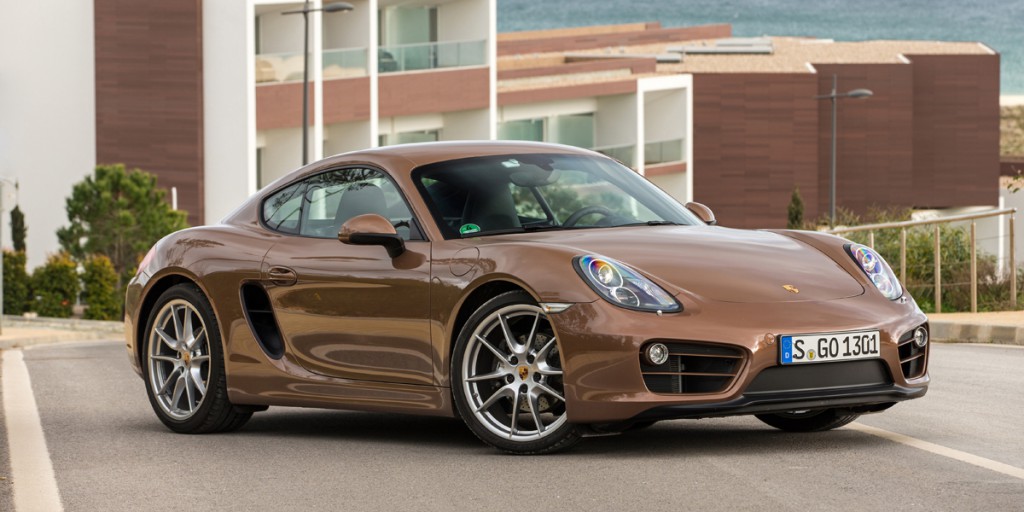 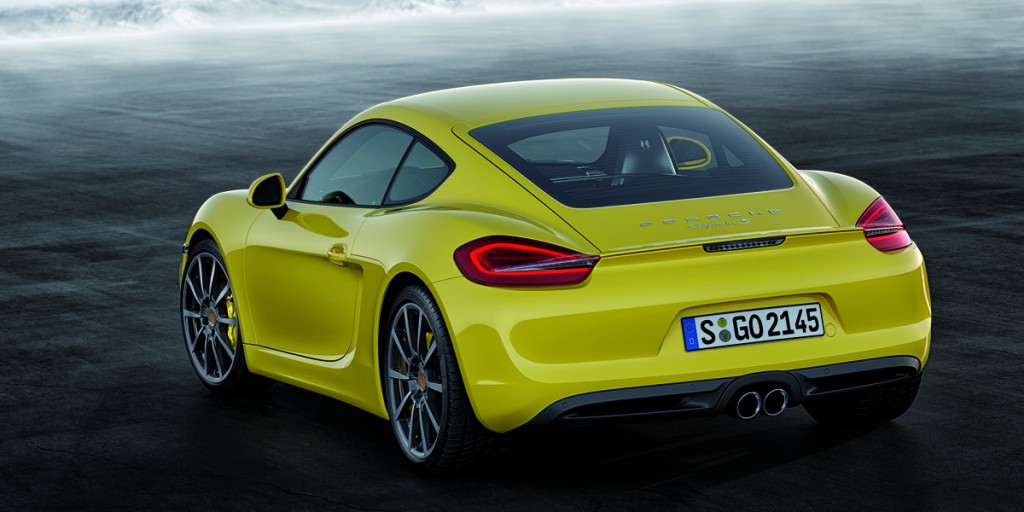 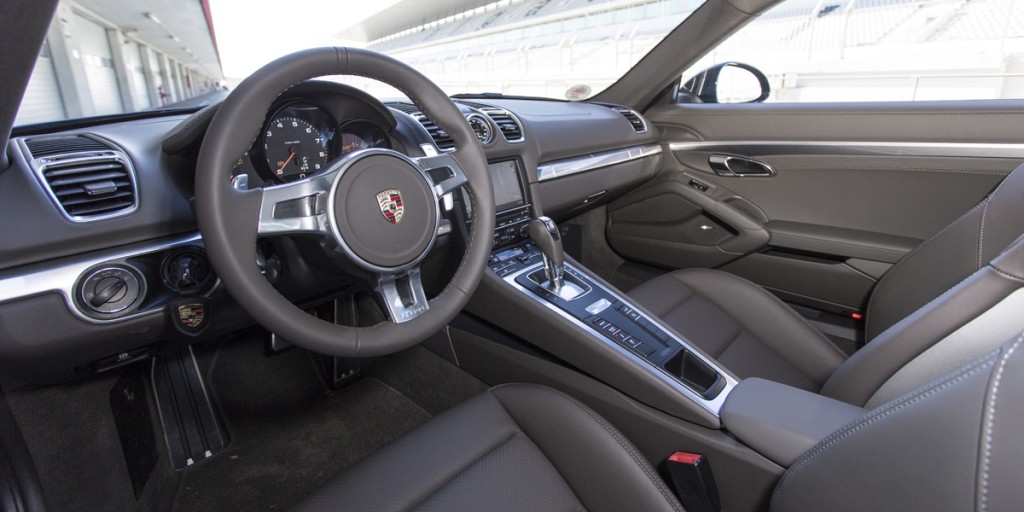 Some less-expensive sports cars challenge Cayman on a fun-per-dollar basis, and some like-priced competitors deliver more horsepower. Few however match the Cayman’s range of strengths: road manners and mechanical sophistication to satisfy the most discriminating driver, a good dose of everyday usability, and the cachet of the Porsche brand.

The Cayman was the hardtop-coupe version of Porsche’s two-seat, mid-engine Boxster convertible. The two cars shared a platform and used mid-mounted, horizontally opposed (“flat”) 6-cylinder engines. The Cayman and Boxster could be considered Porsche’s “entry-level” sports cars; both were priced far below the Porsche 911, though the Cayman’s base price was about $3,000 more than a Boxster.

The Cayman debuted for the 2006 model year and saw minor year-to-year updates through 2012. After skipping the 2013 model year, the Cayman was redesigned for 2014.

Because of its two trim levels and long list of optional features, Cayman spanned a rather broad price range. As such, it competed with a variety of premium sporty/performance cars in terms of price and performance. Cayman’s rivals included the Audi TT RS, BMW 1-Series, and Chevrolet Corvette

The 2014 Porsche Cayman was built in Germany.

The redesigned 2014 Cayman was based on the basic platform that debuted with the 2013 Porsche Boxster, so once again it more or less paralleled the features of its drop-top sibling. Though the Cayman’s wheelbase increased by 2.3 inches, overall length changed only fractionally. Porsche claimed a weight reduction of up to 60 pounds, depending on the model. Powertrains were revised, and new available features included adaptive cruise control and keyless entry and starting.

As with the previous-generation Cayman, the 2014 model was offered in Base and uplevel S models. The high-performance Cayman R model, which debuted as an early 2012 model, was discontinued.

A Convenience Package included dual-zone automatic climate control and heated seats. A Premium Package added auto-dimming mirrors, but could only be ordered with one of the optional sport-seat upgrade packages. An Infotainment Package included a navigation system, satellite radio, and a Bose-brand or Burmester-brand sound system.

Performance-focused options included lightweight carbon-ceramic disc brakes, Power Steering Plus with speed-variable assist, and a Sport Chrono package. The last included a dashboard stopwatch/lap timer and a Sport Plus button that modified powertrain and suspension responses for normal and track-style driving. Also available was the Porsche Active Suspension Management (PASM) system, basically special “magnetic” shock absorbers that changed firmness through normal and sport modes, also selected with a Sport Plus button. PASM could be supplemented with optional Porsche Torque Vectoring (PTV) limited-slip differential, which apportioned power between the rear wheels as needed for improved cornering response and stability. Also available were 20-inch wheels and a dual-mode sport exhaust system.

The base Cayman’s “flat” 6-cylinder engine displaced 2.7 liters and had 275 horsepower. The S had a 325-horsepower 3.4-liter unit. Both engines now included an automatic idle-stop feature, similar to that on many gas/electric hybrids. Also new was a “coasting” function that, when activated, decoupled the transmission and cut the engine to idle speed, thus allowing the car to “sail” for longer distances. A final new fuel-saver was an energy recuperation system. This converted kinetic energy to electricity for running accessories and charging the battery, and thus reduced the amount of fuel-sapping drag from the engine-driven alternator.

On both Cayman and Cayman S, a 6-speed manual transmission was standard and Porsche’s “PDK” 7-speed dual-clutch automated manual was optional. The PDK gearbox could be set to shift like a conventional automatic or manually operated via the gear lever or steering-wheel paddles. A standard Sport button altered engine parameters to favor fuel economy or power delivery. On cars with the PDK transmission, the Sport Plus button could be used to deactivate the idle-stop and coasting features and to select a more-aggressive “racing track” shift program.

All Caymans were rear-wheel drive.

The base Cayman’s “flat” 6-cylinder engine displaced 2.7 liters and had 275 horsepower. The S had a 325-horsepower 3.4-liter unit. Each had a standard 6-speed manual transmission, and Porsche’s “PDK” 7-speed dual-clutch automated manual was optional.

Cayman S has instant, abundant power that’s announced by a wonderfully throaty exhaust burble. Standard 6-speed manual transmission has a smooth clutch and slick shifter. No opportunity to test a base Cayman, or any Cayman with the available PDK transmission.

With optional 20-inch tires and Porsche Active Suspension Management (PASM), Cayman rides firmly, but stops short of being punishing. With the suspension set in “Normal” mode, minor pavement imperfections are soaked up well enough to make the car livable on a daily basis.

Cayman S is a stirringly nimble handler which is virtually immune to cornering lean. Steering is quick in any setting, with excellent precision even at low speeds. Large ventilated disc brakes provide impressive stopping power.

Cayman’s engine is mounted behind the seats, which means more mechanical ruckus is heard than in other models with front engines. But our testers thought the engine’s roar was more music than noise. Road noise prominent with the optional 20-inch tires.

Inside, Cayman has an orderly control layout, and we appreciate that easy-to-reach buttons govern most of the audio and climate functions rather than icons on the car’s touch screen. Gauges are businesslike and legible, with a tachometer placed in the center. About the only gripe here is that the analog speedometer is placed at the far right and is not easy to read at a glance. Carefully assembled interior has classy appearance and fine-quality materials.

Cabin is tidy, but not really cramped and there is nice footwell space on either side. Headroom is adequate, but not abundant, for most drivers. The optional 14-way power seats are comfortable and supportive, and grip well in enthusiastic driving. Entry and exit are fairly easy for a low sports car. Thin roof pillars and a large rear window help provide more acceptable over-the-shoulder visibility than most fastback-roof cars.

Cayman has front and rear cargo compartments, but neither by itself is especially voluminous. Still, in combination they provide enough space for a weekend’s worth of soft luggage. In-cabin storage includes a good-sized glove box which houses the USB/Aux/12-volt plugs, and there is a small, shallow space for incidentals under the console’s padded armrest. For larger items, there are twin pockets in each door.