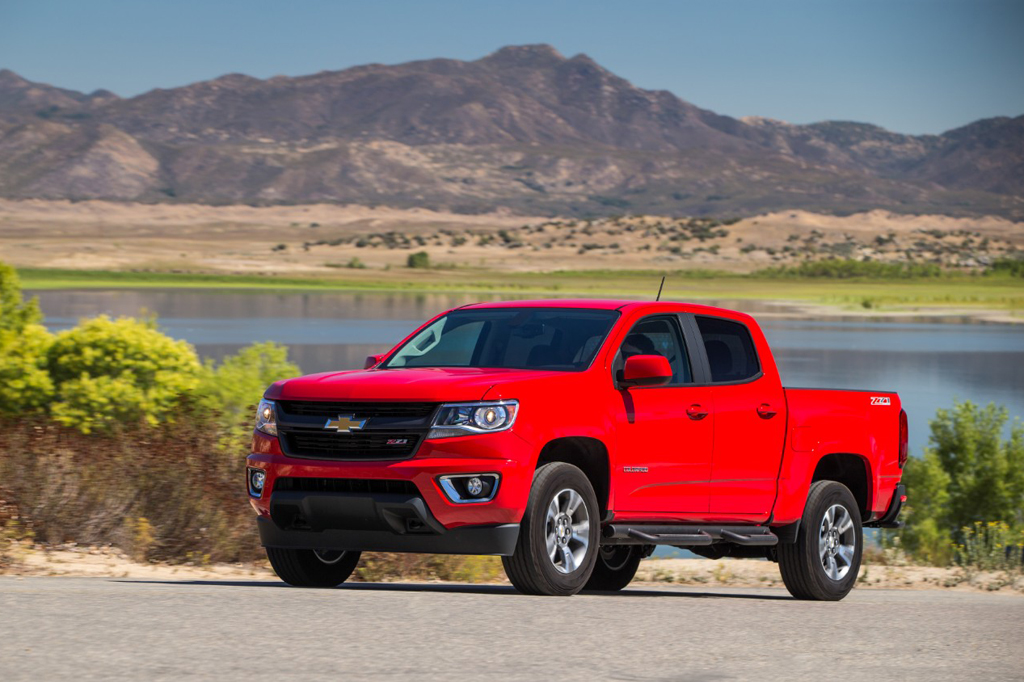 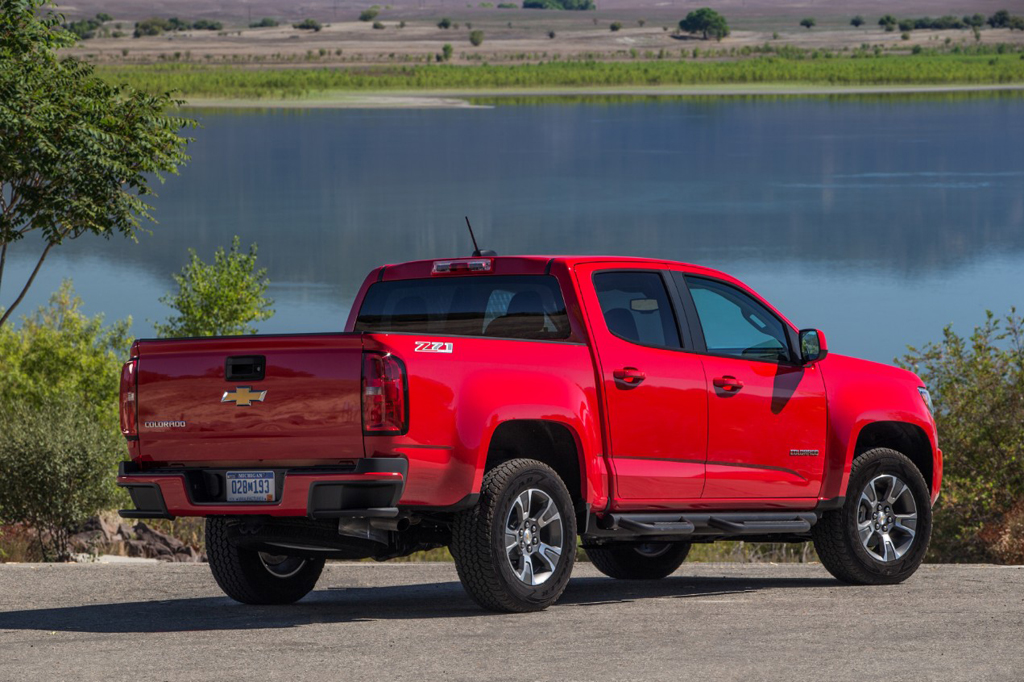 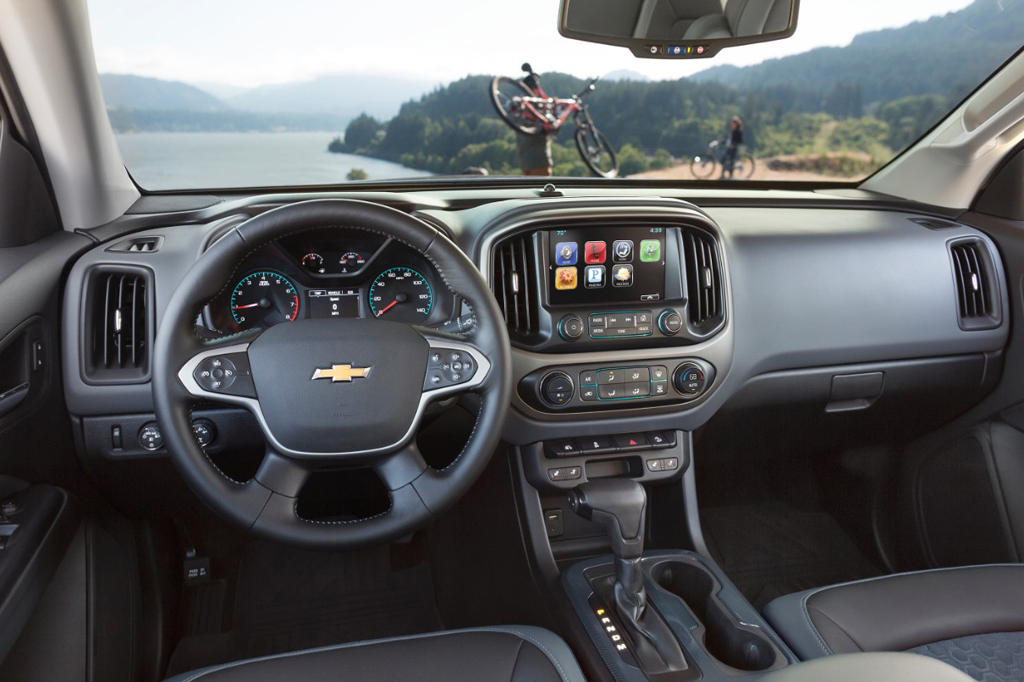 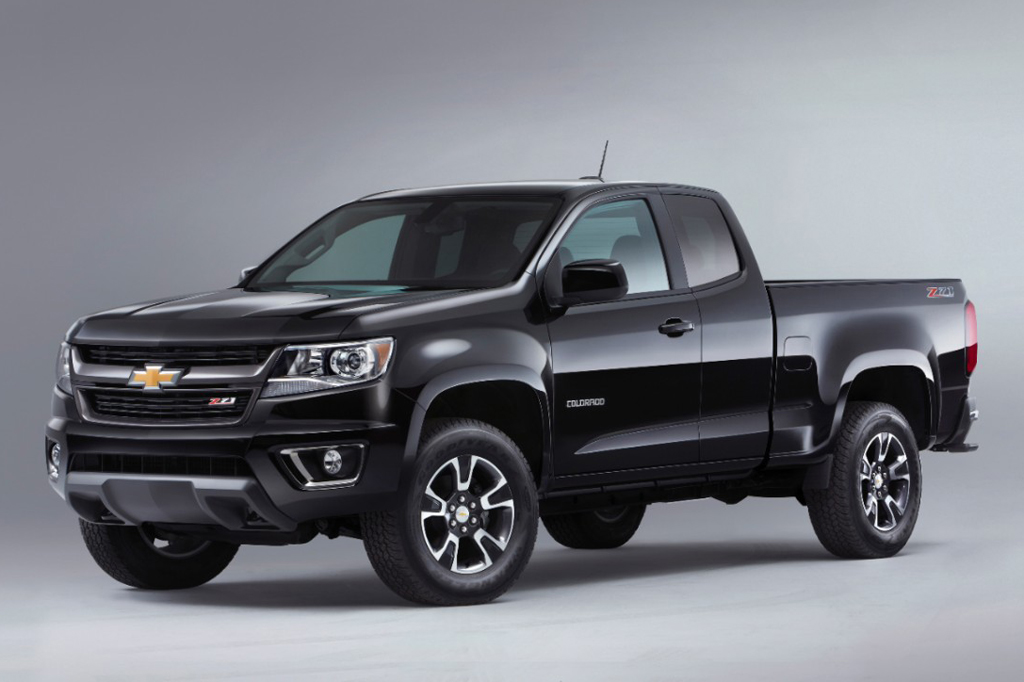 In what’s left of the midsize-pickup market, the Colorado stands out as being more refined and offering modern features the others don’t.

Both the Chevrolet Colorado and its upscale cousin, the GMC Canyon, were really more midsize pickup than compact. However, they were notably smaller than the typical full-size pickup, which made them a bit easier to manage in tight quarters. Both 4-cylinder and V6 power were available, as were extended-cab and crew-cab body styles. A standard cab was not offered. The Chevrolet Colorado and GMC Canyon were a shot in the arm to the dwindling compact-pickup segment. They outclassed their long-in-the-tooth competitors (namely the Nissan Frontier and Toyota Tacoma) by offering up-to-date technology features and better all-around refinement. Though pricing on top-line Colorados reached into the realm of some lesser-equipped full-size pickups, the smaller, more-tractable dimensions should made Colorado a practical alternative for many big-truck intenders.

Chevrolet put effort into providing a stout structure and quieter ride for Colorado. The box-section frames (as used in full-size trucks but rarely in midsize ones) suffer less torsional twist, thereby providing a more solid platform, and numerous sound-deadening measures have been taken. Indeed, the trucks seemed solid and quiet over the San Diego streets driven during our preview test drive – though our rougher Chicago-area roads will be a better test – and there was only a whisper of wind noise at highway speeds.

Local roads will also be a better indication of ride quality, which seemed solid and reasonably compliant, though still with some of the “nervousness” over bumps that is endemic to pickups. Handling and steering were both perhaps a step above the class norm.

The 4-cylinder engine provides sufficient oomph, at least with automatic transmission in a 2WD extended cab. The V6 is noticeably stronger, and though it doesn’t catapult the truck off the line, acceleration is more than adequate. With both, the transmission kicks down very quickly for more passing power.

There’s ample headroom and legroom in the front seats, even for taller folks. But the same can’t be said for the rear seats. The extended cab offers just two forward-facing jump seats, and unless the front seats are well forward, even kids would lack legroom back there. The crew cab is much better – and can accommodate adults – but it’s hardly roomy. Furthermore, even the 2WD models tested sat rather high off the ground, making ingress and egress a bit awkward for all but taller adults.

Once inside, drivers face a somewhat stylized dashboard with clear round gauges and – on all but low-line models — a central 8-inch touchscreen. The audio system is mounted high within easy reach; volume and tuning are by separate knobs, with band and station selection done through the screen. Like many such systems, some operations that used to be “one touch” simple now require multiple steps. Climate controls are likewise easy to reach, but are even easier to use. Temperature and fan speed are adjusted with rotary knobs, while mode is by individual pushbuttons. Interiors are dressed with bright accents and available two-toning that gives an upscale appearance – at least by “truck” standards.

At the business end, Colorado offers a decidedly user-friendly cargo box. Not only are there four “solid” tie-down hooks, there are also 13 ports that can hold additional hooks, and there are optional racks for such things as bikes and kayaks that can be purchased through the dealer. Also nice is a damped, easy-open (and lift) tailgate, along with a step built into the rear bumper.