Cons: Some interior materials don’t live up to Volkswagen’s typical standards; throttle lag when pulling away from a stop; occasionally awkward performance from automated manual transmission

CG Says: For 2017, Volkswagen Jetta drops its Hybrid model. Also dropped are Sport and SEL Premium trims. GLI is offered in a single trim level instead of the previous two. A rearview camera is now standard on all models. All models, except S and SE, now have standard forward-collision warning and mitigation, blind-spot alert, rear cross-traffic monitor, and adaptive cruise control. Jetta is Volkswagen’s compact sedan. VW’s Golf is similar to Jetta, but has a hatchback instead of a trunk. Jetta S and SE models are powered by a 150-horsepower turbocharged 1.4-liter four-cylinder engine that is paired with either a five-speed manual or six-speed automatic transmission. Midrange SEL has a 170-hp turbocharged 1.8-liter four cylinder with a six-speed automatic, while the sporty GLI is powered by 210-hp turbocharged 2.0-liter four with a choice of six-speed manual or six-speed automated-manual transmission. All Jettas are front-wheel drive. Available features include dual-zone automatic climate controls, keyless entry and starting, and navigation. Jetta offers great passenger and cargo room, as well as powertrain refinement that exceeds the class norm. At the same time, its ride/handling balance and quality of interior materials on lower-line models fall short of the lofty standards we expect from a Volkswagen. VW’s compact sports sedan, the GLI, maintains the Jetta’s practical and roomy package but is much more fun to drive. While GLI has a much lower horsepower rating than many competing sporty compacts, in practice it offers fine power and is very refined. Responsive handling and livable ride quality are other positives. 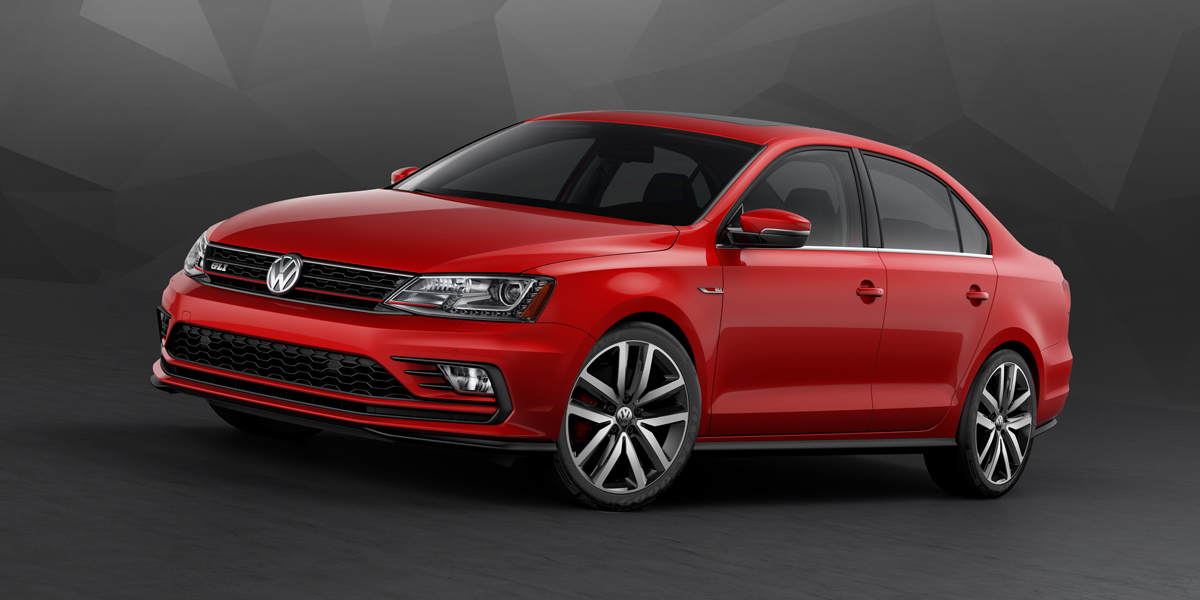