Cons: High prices; minuscule cargo room; high-tech personality might not be a sensually exciting as other high-dollar exotics

CG Says: The 2019 Acura NSX received several chassis enhancements for better handling, plus a few styling tweaks. Several previously optional features—such as a navigation system, front and rear proximity sensors, 4-way heated power seats, aluminum sport pedals, and the premium Acura ELS Studio audio system—are now standard equipment. The second-generation Acura NSX was introduced for 2017. The first generation of Acura’s “Ferrari fighter” was sold from 1991 to 2005. Both the original and current NSX are two-seat exotic sports cars with a mid-mounted V6 engine. But the current one is something different: an all-wheel-drive hybrid with a twin-turbo 3.5-liter V6 and three electric motors. One motor is integrated with a 9-speed dual-clutch automatic transmission, joining the gas engine in powering the rear wheels, while the other two motors drive the front wheels. The combined output of all motors is 573 horsepower. The base price is $159,300 (including destination charge), but Acura offers a long list of personalization options that can drive the price past $190,000. The original NSX was an exotic that was refined, reliable and boasted surprisingly hospitable ergonomics for a car of its type. The current model follows the same formula, with the added bonus of respectable fuel economy from its hybrid drivetrain. 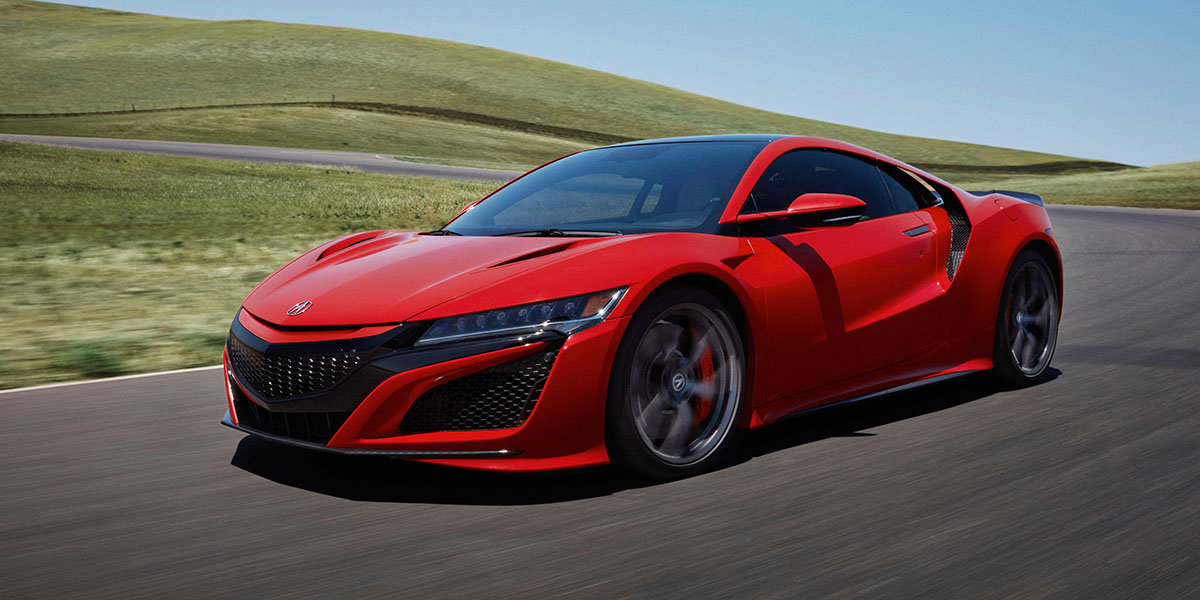 Acura: The Racing in its Blood