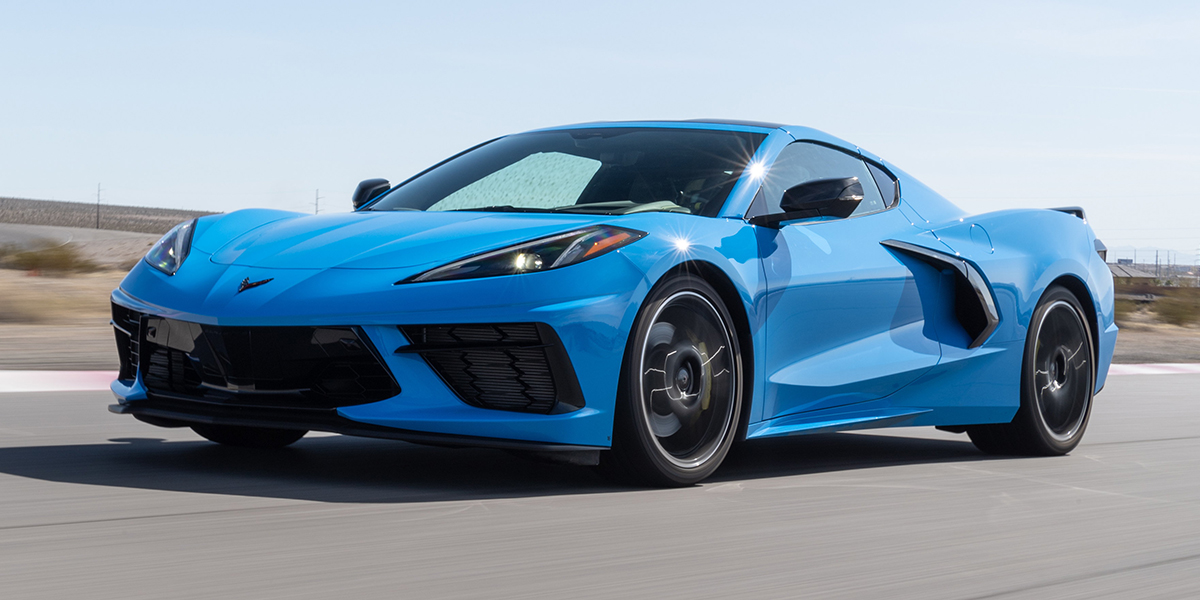 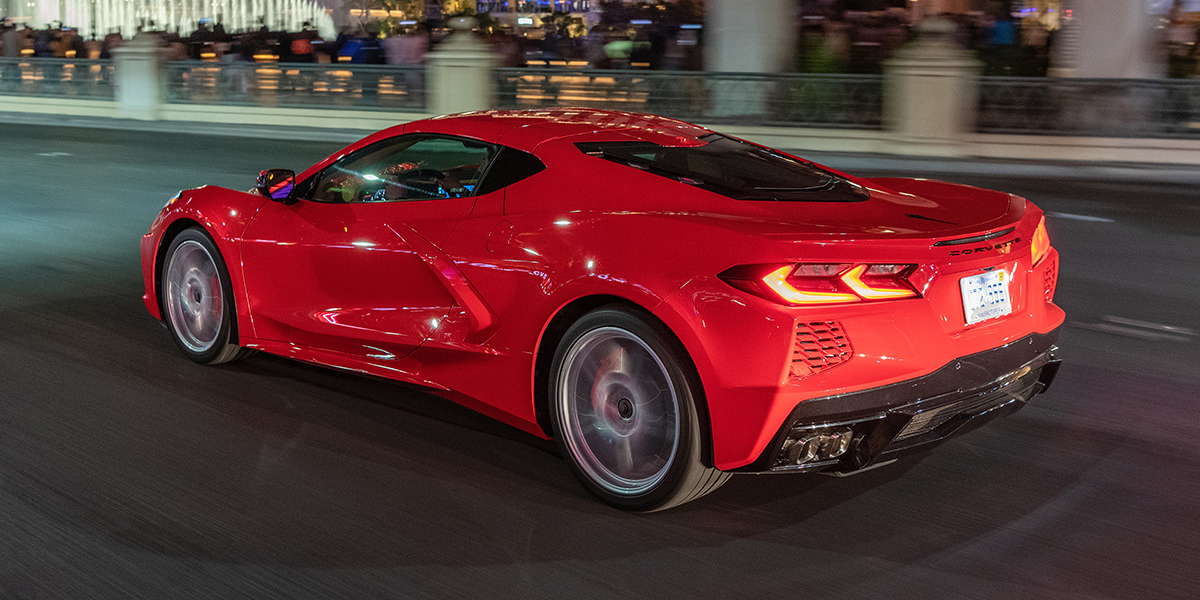 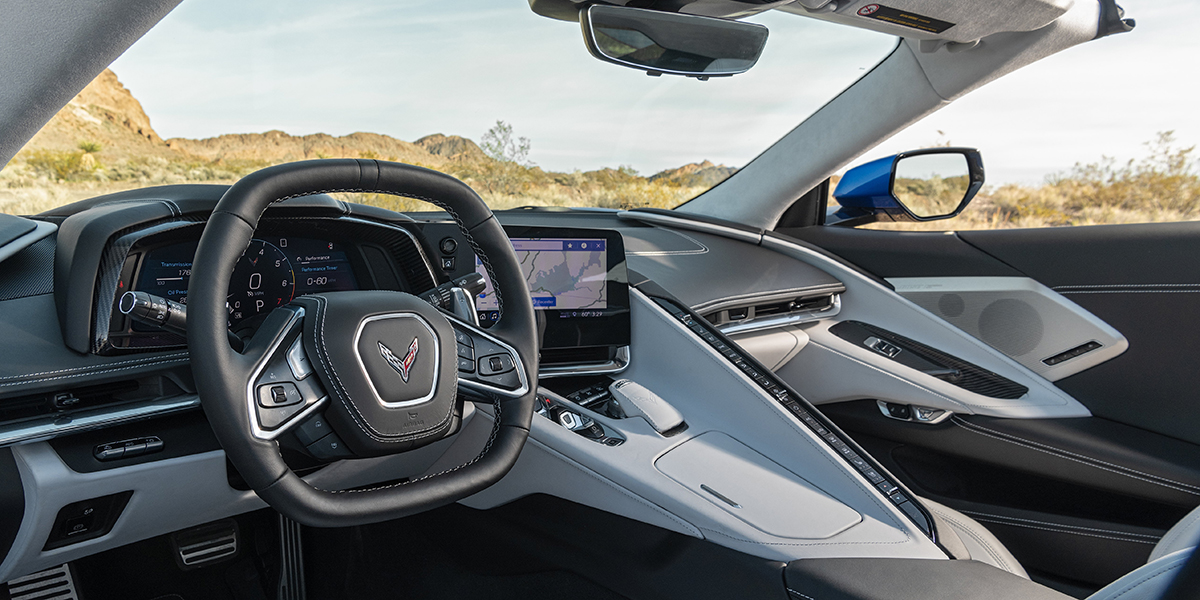 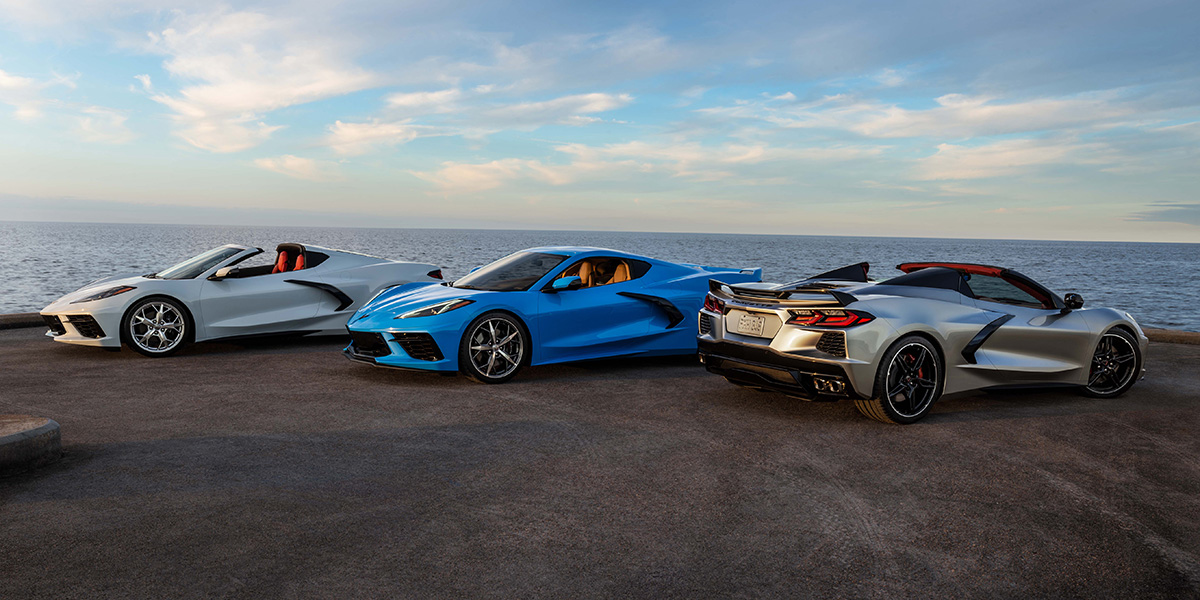 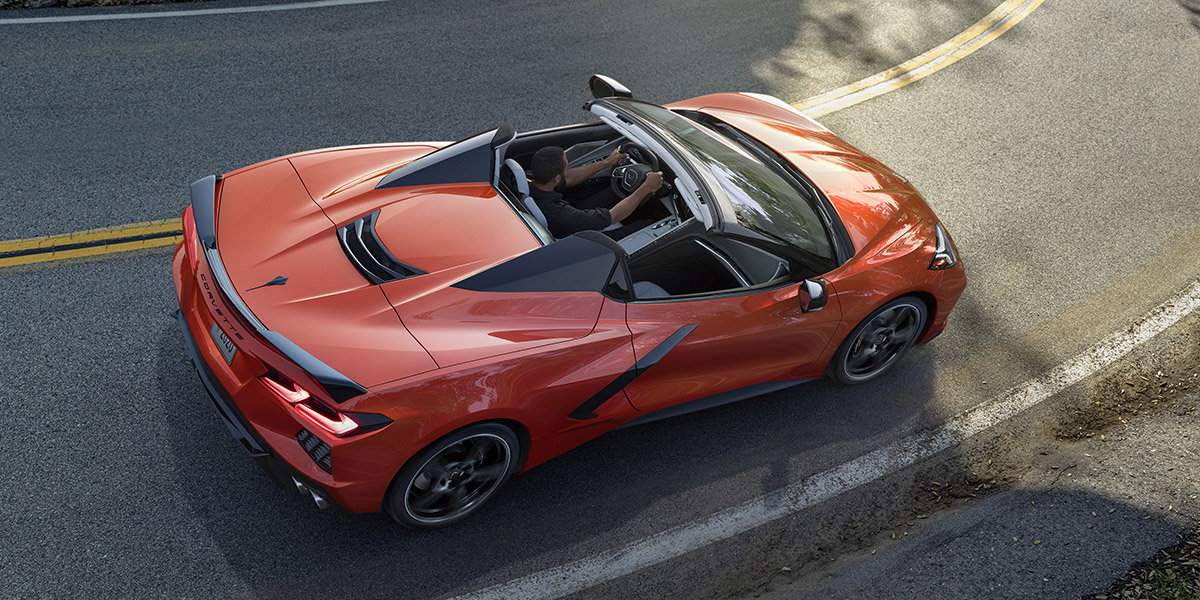 This level of overall performance and “curb appeal” usually costs thousands—if not tens of thousands—more.

Rear visibility is poor, and the low-set seats can make ingress and egress challenging.

Even the base-model Corvette can sprint from 0-60 mph in only three seconds. That’s fast.

The Corvette is a two-seat, rear-drive sports car available as a coupe with a rear hatchback and a removable “targa” roof panel, and as a retractable-hardtop convertible. Last year, the Corvette underwent the most significant engineering change in its storied history when it was redesigned as a mid-engine vehicle, with the engine located behind the passenger compartment (like many high-end exotic sports cars). For now, the sole engine is a 6.2-liter V8 with 490 horsepower (or 495 with the optional “free flow” exhaust system included in the Z51 Performance Package), which is coupled to an 8-speed dual-clutch automatic transmission with paddle shifters (sorry traditionalists, a true manual transmission is no longer offered). Available features include a head-up display, front curb-view camera, rearview camera mirror, heated and ventilated seats, heated steering wheel, wireless smartphone charger, and an adjustable front suspension that raises the nose of the car to avoid scraping on steep driveway entrances and the like.

After its debut last year, the C8 (“C” for Corvette, “8” for eighth generation) gets a few minor updates for 2021. Wireless Apple CarPlay and Android Auto connectivity are now standard, Magnetic Selective Ride Control is now available without the Z51 performance package, and there are new interior/exterior color and body-stripe options.

Chevrolet engineers took on a monumental task in reimagining the Corvette as a mid-engine vehicle while staying true to the styling and engineering character, relative practicality, and relatively affordable pricing that have long been Corvette trademarks. By our account, they’ve succeeded with flying colors. To get anything approaching the Corvette’s level of acceleration/handling performance and exotic-car feel, you’d have to spend tens of thousands more. And despite the Corvette’s super-car design, it’s reasonably practical and comfortable in everyday driving, boasting a broad range of available comfort and convenience features and enough luggage space for an extended weekend getaway for two.