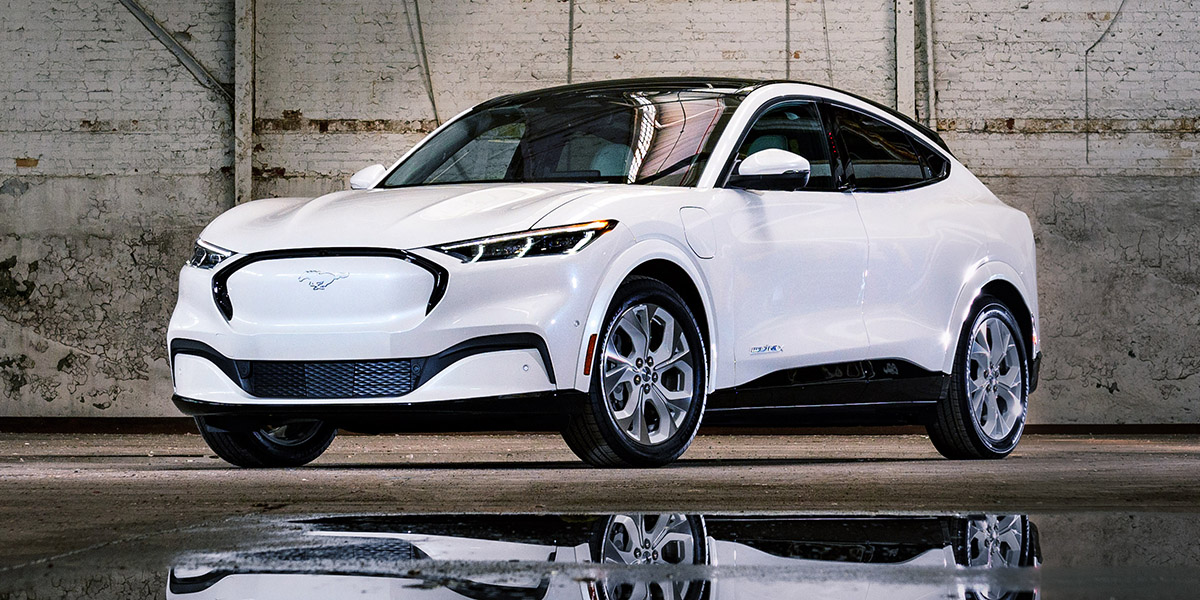 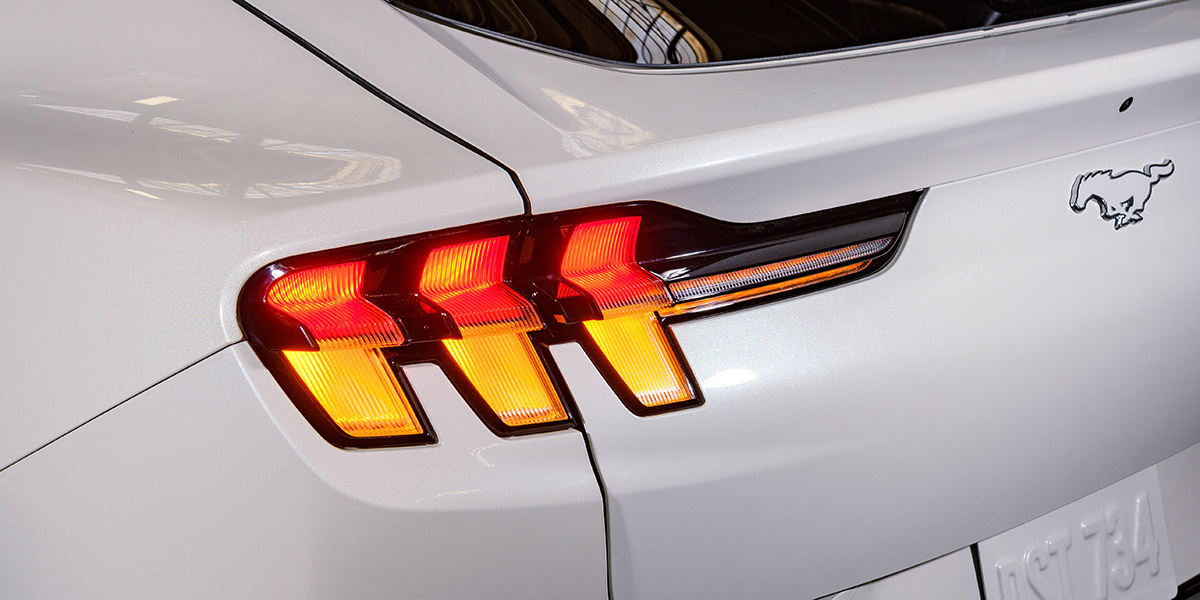 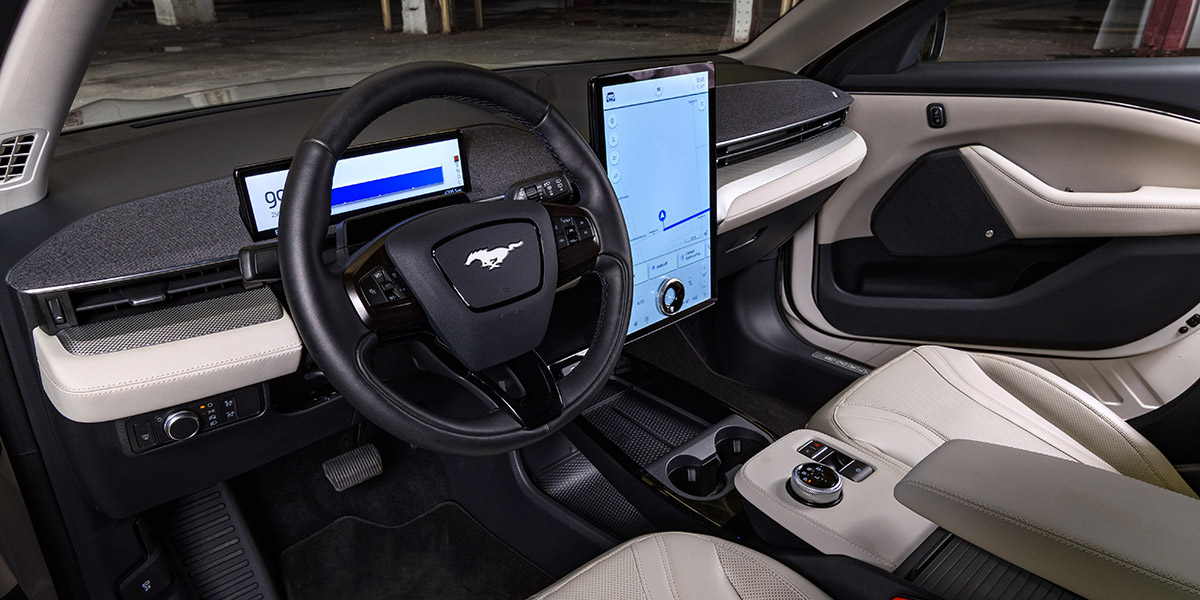 The Mustang Mach-E invigorates the mainstream electric-vehicle segment by offering dramatic styling and surprising performance in addition to its everyday practicality and competitive driving range.

Since it doesn’t have an internal-combustion engine, The Mach-E has a drainable front trunk (or “frunk”) under its hood, with 4.8 cubic feet of cargo space.

After the Mach-E’s debut for 2021, its battery capacity has been increased from 68.0 to 70.0 kWh on the standard battery pack, and from 88.0 to 91.0 kWh on the extended-range pack. Though updated EPA numbers aren’t available, this upgrade should increase the Mach-E’s real-world driving range at least slightly over the previous ratings, which ranged from 211 miles on the AWD standard-range model to 305 miles for the rear-drive California Route 1 model (which is now available with all-wheel drive; it was previously RWD only). Among other minor updates is an Ice White Edition Appearance Package that adds Star White Metallic Tri-Coat paint and unique white interior and exterior trim elements.

The Mustang Mach-E is an ambitious, audacious vehicle that endeavors to deliver the passenger and cargo versatility of a crossover SUV, a sporty driving character and heritage styling that are worthy of the Mustang name, innovative cabin design and technology features, and the driving range and charging convenience of a cutting-edge electric vehicle. We think it meets all those goals.