CG Says: For 2016, the BMW X4 lineup gains a high-performance M40i model with a sport suspension, special trim inside and out, and a hopped-up, 355-horsepower version of the xDrive35i’s turbocharged 3.0-liter 6-cylinder engine. The X4 is a sporty, fastback-roof version of the BMW X3 compact SUV. The X4’s swoopy, sloped-roofline body emphasizes style over the cargo space of the X3’s traditional wagon body, thus mimicking the relationship of the larger-sibling BMW X6 and X5. The X4’s ride height is 1.5 inches lower than the X3’s, so its handling is slightly sharper. Otherwise, the mechanicals are mostly the same, including the choice of turbocharged 4-cylinder or 6-cylinder engines. However, unlike the X3, the X4 is available only with all-wheel drive. The X4’s slick styling may wow some shoppers who are willing to pay a premium for it, but for most buyers, the X3’s superior cargo capacity, rear-seat passenger room, and lower sticker prices make it a better choice. However, the X3 line does not offer a M40i version, so if you value acceleration over cargo versatility (and you’re will to pay a significant premium for the extra power), then the X4 M40i might be right for you. 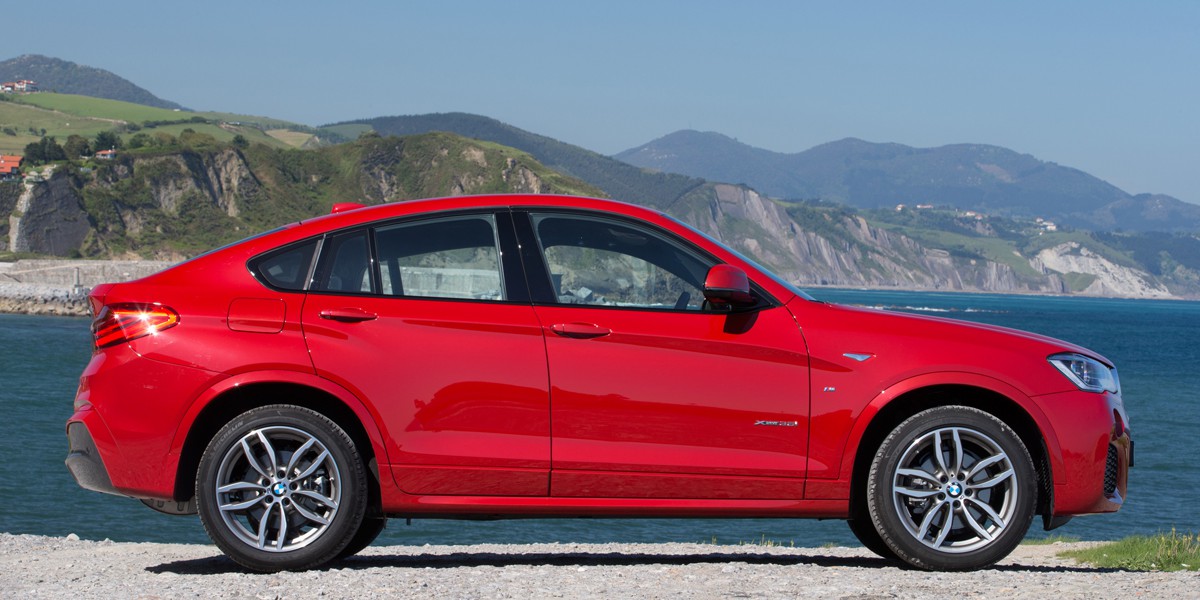