CG Says: The 2020 Cadillac CT6 line drops its turbocharged 2.0-liter 4-cylinder and turbocharged 3.0-liter V6 engines. Also, the CT6 V-Sport model name has been shortened to CT6-V. Cadillac’s flagship sedan competes with traditional class stalwarts such as the Mercedes-Benz S-Class, BMW 7-Series, Jaguar XJ, and Lexus LS–but its competitive prices also make it a compelling alternative to premium midsize players such as the Audi A6 and BMW 5-Series. The CT6 is lighter than other large luxury cars thanks to a lightweight, aluminum-intensive structure. The base engine is a 3.6-liter V6 that develops 335 horsepower and a twin-turbo 4.2-liter V8 puts out 500 hp in Platinum trim or 550 hp in the high-performance CT6-V. Both engines are paired with a 10-speed automatic transmission and have cylinder deactivation for improved fuel economy. The CT6’s chassis and suspension are tuned for engaging handling, so its ride is a bit less cushy than some competitors. GM’s Magnetic Ride Control adaptive suspension and Active Rear Steer are standard on all models but the base Luxury trim. Safety and technology options include Pedestrian Collision Mitigation, Enhanced Night Vision, and surround-view cameras. For 2018, CT6 introduced Super Cruise; a hands-free, semi-autonomous driving aid that can control the car while traveling on freeways. Another unique feature is a rearview mirror that displays a camera image with a wider field of vision than a conventional mirror. As befits a flagship sedan, the rear-seat passengers can be pampered with heated/cooled/massaging reclining seats, quadzone climate controls, and dual-screen entertainment system. The CT6 isn’t quite as regal as the traditional German large luxury cars, but it also is significantly cheaper than those competitors. The CT6 offers premium large-car interior room and available amenities at prices that are in line with most premium midsize competitors. That, along with its engaging driving personality and long list of available luxury features, make the CT6 well worth checking out. 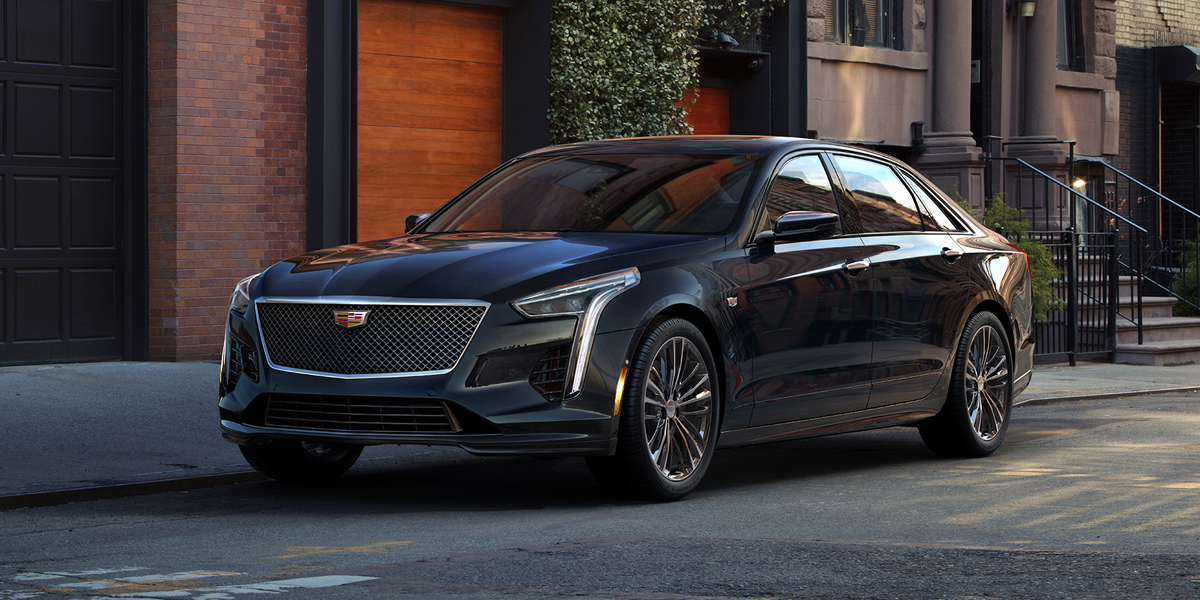