CG Says: Chevrolet’s all-American two-seat sports car is redesigned—and totally re-envisioned—for 2020. The all-new eighth-generation “C8” Corvette makes the leap from a traditional front-engine layout to mid-engine architecture, thus bringing the ‘Vette that much closer to its exotic-supercar competitors. The C8 is available in both coupe and retractable-hardtop convertible body styles. For now, a 6.2-liter V8 that produces 490 horsepower (or 495 with the Z51 Performance Package) is the sole powerplant, although more powerful engines are almost certain to follow in the near future. The only transmission is an 8-speed automated manual that can be shifted manually via steering-wheel paddles; a conventional manual transmission is not offered. Naturally, the C8 is capable of incredible acceleration; with the Z51 Performance Package, Chevy claims the new Corvette can run 0-60 mph in 2.9 seconds and achieve a top speed of 194 mph. Available features include electronic limited-slip differential, adaptive suspension, camera rearview mirror, and performance data recorder. Corvettes have long offered supercar performance at a fraction of the price, and the new eighth-generation ’Vette seeks to improve on that formula. The mid-engine layout enables better weight distribution and even greater performance potential, and Chevrolet has managed to keep pricing at a relative bargain level as well—the base-model Corvette starts out at less than $60,000. There are slight compromises that come with the new architecture—rear visibility suffers, and though the total cargo volume is respectable, it’s split between a rear trunk area behind the engine and a small “frunk” storage area between the front wheels. Still, for 2020, the Corvette has become an even better world-beater performance car than it was before. 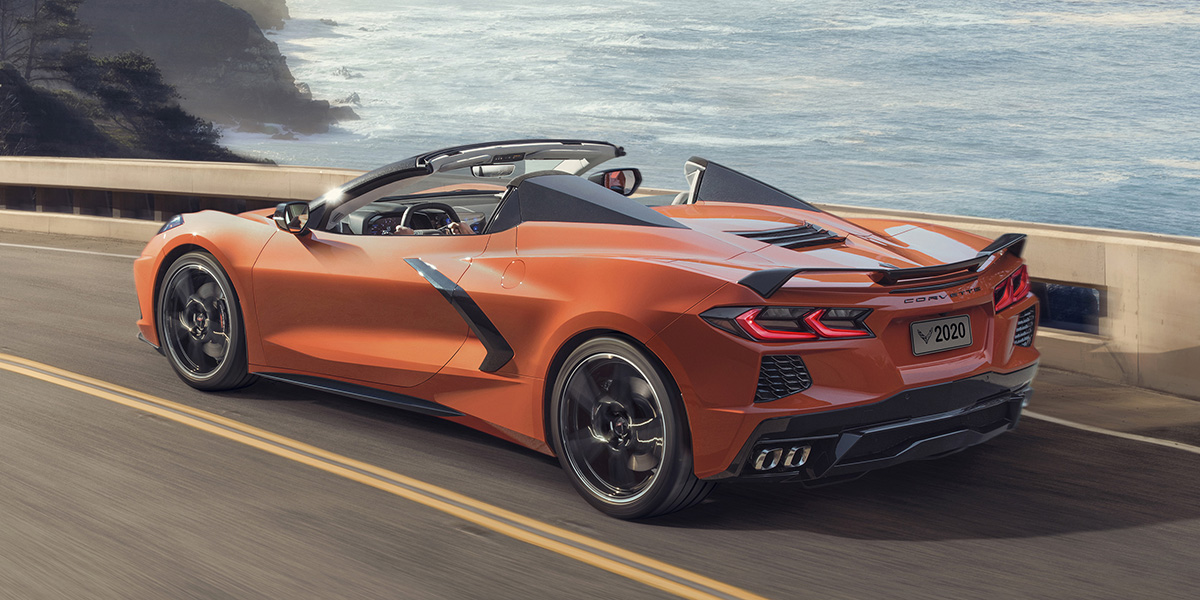