CG Says: For 2022, Chevrolet debuts a larger “SUV-like” version of its Bolt EV electric vehicle (which itself has been significantly revamped for 2022). The Bolt EUV is roughly 6 inches longer overall than the Bolt EV, giving the EUV more passenger space, particularly in rear-seat legroom. That said, the EUV actually has slightly less cargo space than its smaller sibling. Like the Bolt EV, the EUV has a 200-hp electric motor with front-wheel drive—despite the EUV’s SUV pretensions, all-wheel drive is unavailable. Power comes from a 65 kWh lithium-ion battery, and the EPA-estimated driving range is 247 miles. The standard DC fast-charging capability allows 95 miles of driving range from a 30-minute charge. The Bolt EUV comes with a Dual Level Charge Cord that has a changeable plug for charging via a standard 120-volt three-prong outlet or a 240-volt outlet. Through a partnership with EV home-charging company Qmerit, Chevrolet will cover the home installation of Level-2 charging capability for eligible buyers/leasers. Unfortunately, the previous federal EV tax credit of $7500 is no longer offered on General Motors vehicles.

Inside the cabin, a digital gauge display and a 10.2-inch infotainment touchscreen are standard. The touchscreen accesses an array of infotainment features, including wireless Apple CarPlay/Android Auto connectivity, 4G LTE Wi-Fi hotspot, and wireless charging. GM’s Super Cruise semi-autonomous hands-free driver-assistance system is available; it was previously offered only on select Cadillac models. Additional safety tech includes a standard 360-degree surround-view monitor and rearview-mirror camera display. Also standard is a driver-selectable one-pedal driving mode that allows the driver to speed up, slow down, and come to a complete stop using only the accelerator pedal. The new Bolt EUV is essentially a larger version of the Bolt EV with some welcome added features. As such, it doesn’t really raise the bar for EVs, but it’s nonetheless an appealing design with compelling features and competitive pricing. These benefits should make it worth considering for budget-conscious shoppers looking to jump into the electric revolution. 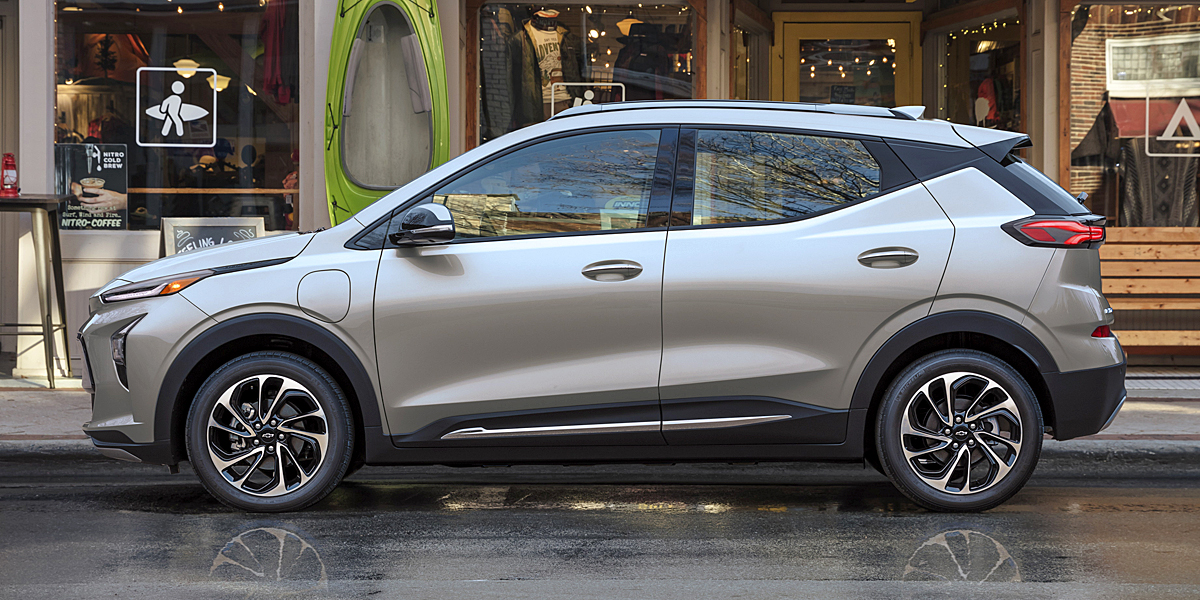