CG Says: For 2017, the Scion FR-S becomes Toyota 86. Toyota is closing its youth-oriented Scion division after the 2016 model year and the FR-S moves over to the Toyota brand. Besides a new name, the 86 has revised styling with standard LED headlights. It also gains standard Incline Start Assist (that prevents rollback on hills) and suspension tweaks for improved handling. Engine modifications raise horsepower from 200 to 205 in cars with manual transmissions. Save for its near twin, the Subaru BRZ, the 86 is almost in a class by itself. It has respectable performance credentials, a fun-to-drive personality, and surprisingly modest pricing. Other relatively affordable 4-cylinder sporty/performance cars include the Mazda MX-5 Miata and the Mini Cooper S Hardtop. The Mazda is great fun to drive and it is a convertible body style, but it lacks a back seat and can’t match the 86’s greater practicality. Though the Mini base price is less than the 86, options can quickly make it more expensive. Driving enthusiasts should add the 86 to their shopping list. Despite the standard sports-car vices of a somewhat firm ride, barely habitable back seats, and somewhat poor rear-corner visibility, the 86 makes up for those demerits with lively performance, decent fuel economy, and unusual-for-the-class levels of comfort and daily drivability. 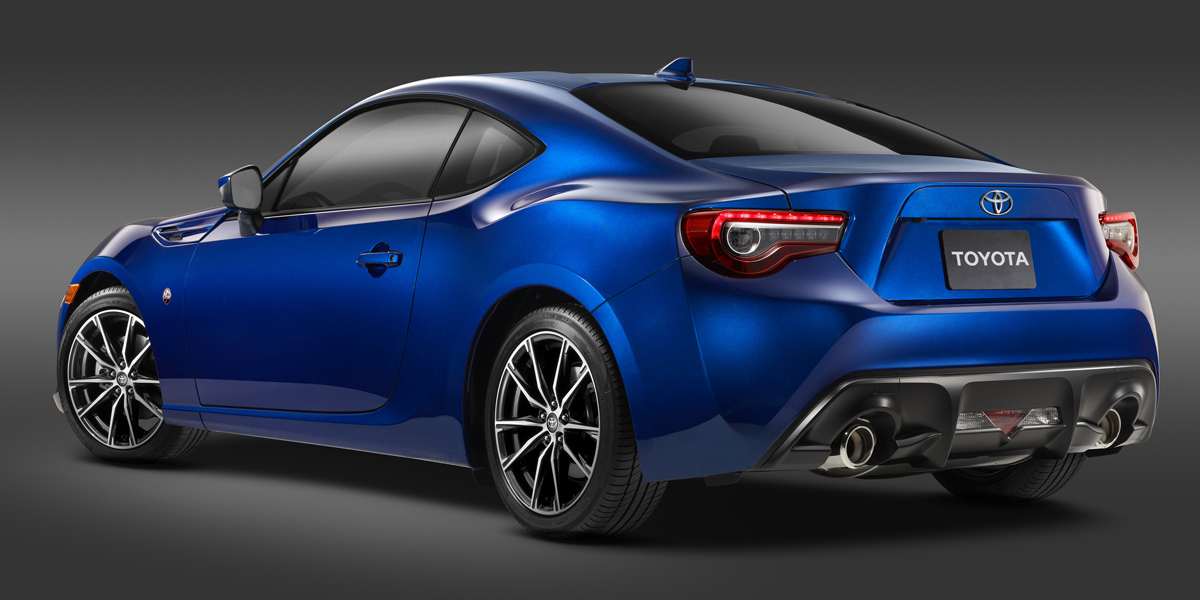