CG Says: The 2021 Toyota Supra adds a 255-horsepower turbocharged 2.0-liter 4-cylinder engine choice and the existing 3.0-liter inline 6-cylinder turbo sees horsepower rise from 335 to 382. Toyota has also retuned the suspension and increased the size of the control screen to eight inches. The current Toyota Supra was introduced for 2020 and revived a name from Toyota’s past. The original Supras were sporty 4-passenger coupes sold in the U.S. between 1979 and 1998, while the new version is a 2-passenger sports car. Toyota partnered with BMW to create the latest Supra (which is officially called the GR Supra); the car shares its basic structure and rear-wheel-drive powertrain with the BMW Z4. While the Z4 is only offered only as a roadster, the Supra has its own styling and comes solely as a coupe. Both 6-cylinder and the new four are paired with an 8-speed automatic and steering-wheel paddle shifters; a manual transmission is not available. Toyota estimates that the Supra six accelerates from 0-60 mph in 4.1 seconds and has a top speed of 155 mph. Standard performance features for the six include adaptive suspension, active differential, and launch control. Available safety features include automatic emergency braking with pedestrian detection, lane-departure warning and mitigation, adaptive cruise control, and automatic high-beam headlights. Toyota teased the public for many years with Supra concept cars and the long-awaited revival doesn’t disappoint… at least if you’re not a Toyota-brand purist who doesn’t want any German engineering in your Japanese sporting machine. The Supra has sparkling performance and nimble handling wrapped in racy sheetmetal. 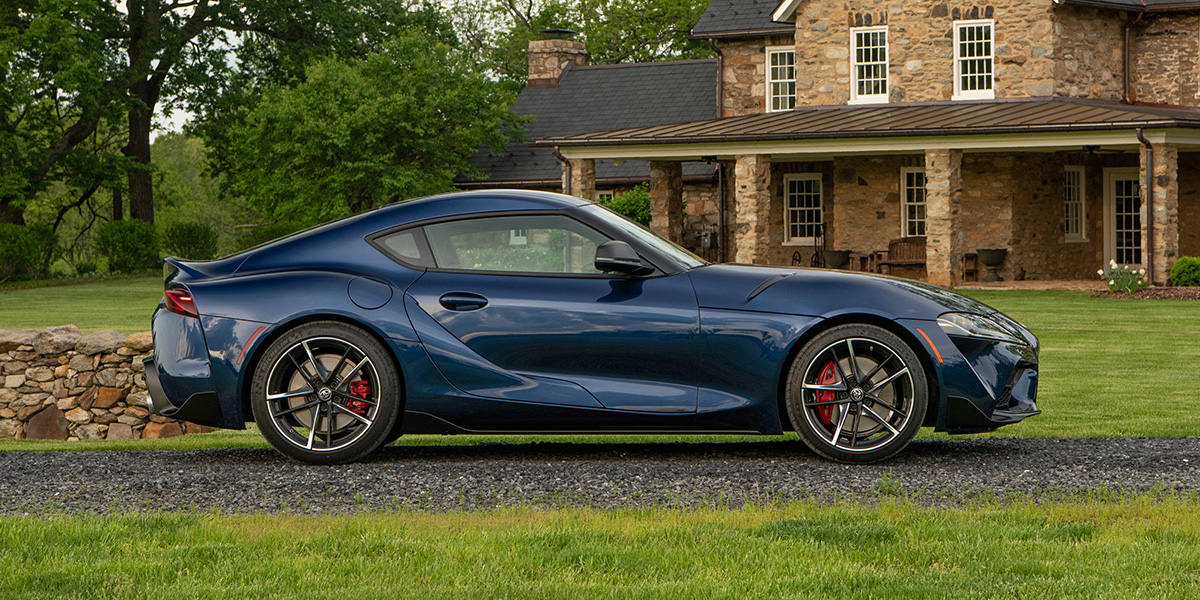