Cons: No manual transmission yet; interior can feel confining

CG Says: The 2022 Toyota Supra offers a specially trimmed A91-CF Edition (CF for Carbon Fiber) limited to 600 units. The 3.0 trim gets standard heated seats, and the premium audio system now has full-screen Apple CarPlay compatibility. The current-generation Toyota Supra debuted for 2020, reviving a name from Toyota’s past. The original Supras were sporty 4-passenger coupes sold in the U.S. between 1979 and 1998, while the new version is a 2-passenger sports car. Toyota partnered with BMW to create this Supra (which is officially called the GR Supra); the car shares its basic structure and rear-wheel-drive powertrain with the BMW Z4. While the Z4 is only offered only as a roadster, the Supra has its own styling and tuning, and comes solely as a coupe. Engine choices are a 255-horsepower turbocharged 2.0-liter 4-cylinder and a turbo 3.0-liter inline 6-cylinder with 382 horsepower. Both the 6-cylinder and the four are paired with an 8-speed automatic and steering-wheel paddle shifters; a manual transmission is not offered currently, but is slated to become available for 2023 on the 3.0 models. Toyota estimates that the Supra 3.0 accelerates from 0-60 mph in 4.1 seconds and has a top speed of 155 mph. Standard performance features on 3.0 models include adaptive suspension, active differential, and launch control. Available safety features include automatic emergency braking with pedestrian detection, lane-departure warning and mitigation, adaptive cruise control, and automatic high-beam headlights. Toyota teased the public for many years with Supra concept cars and the long-awaited revival doesn’t disappoint… at least if you’re not a Toyota-brand purist who doesn’t want any German engineering in your Japanese sporting machine. The Supra has sparkling performance and nimble handling wrapped in racy sheetmetal. 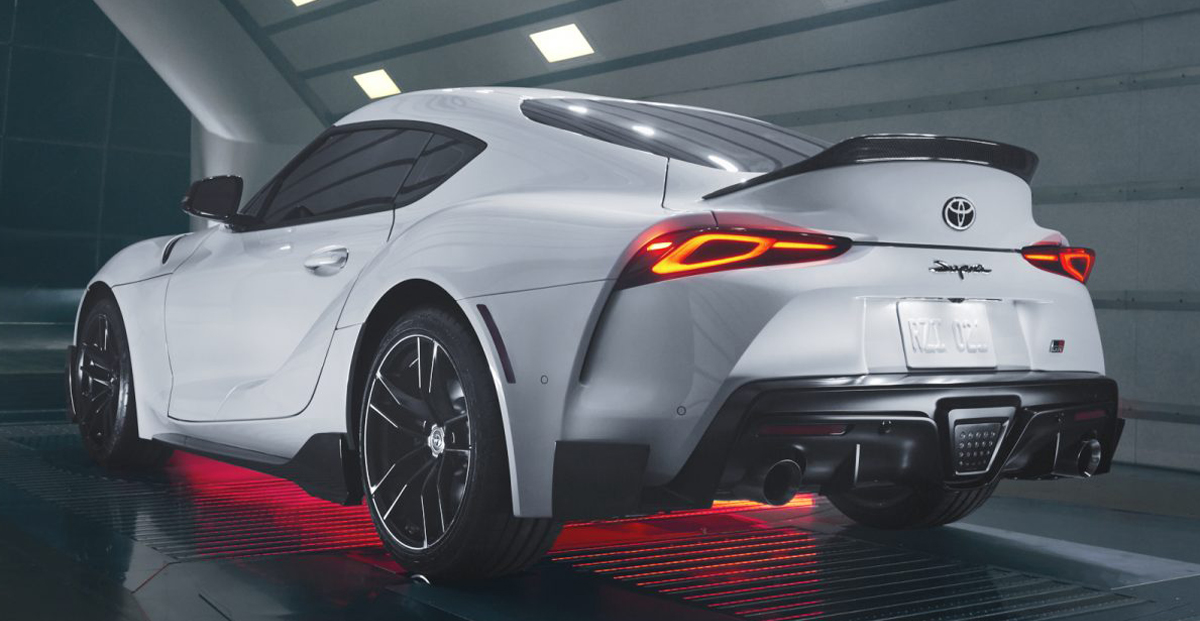