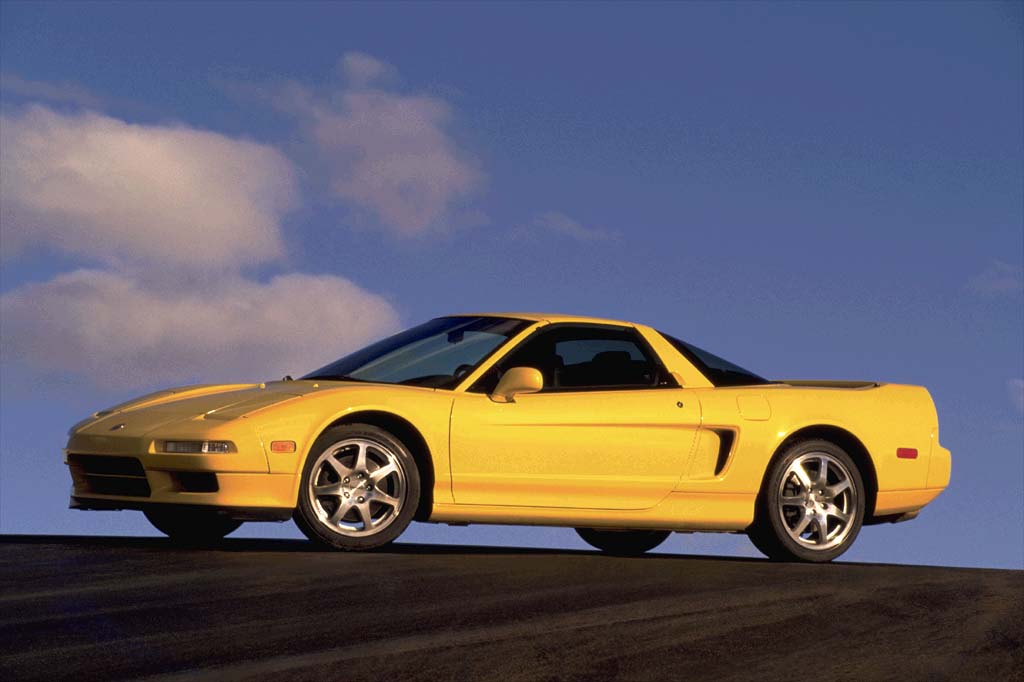 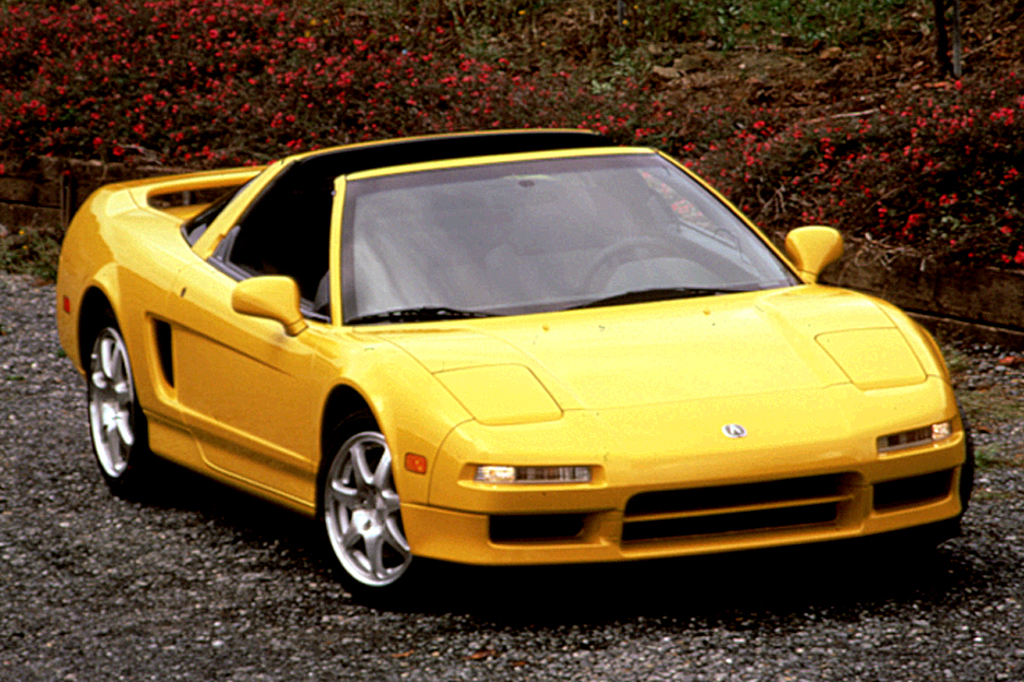 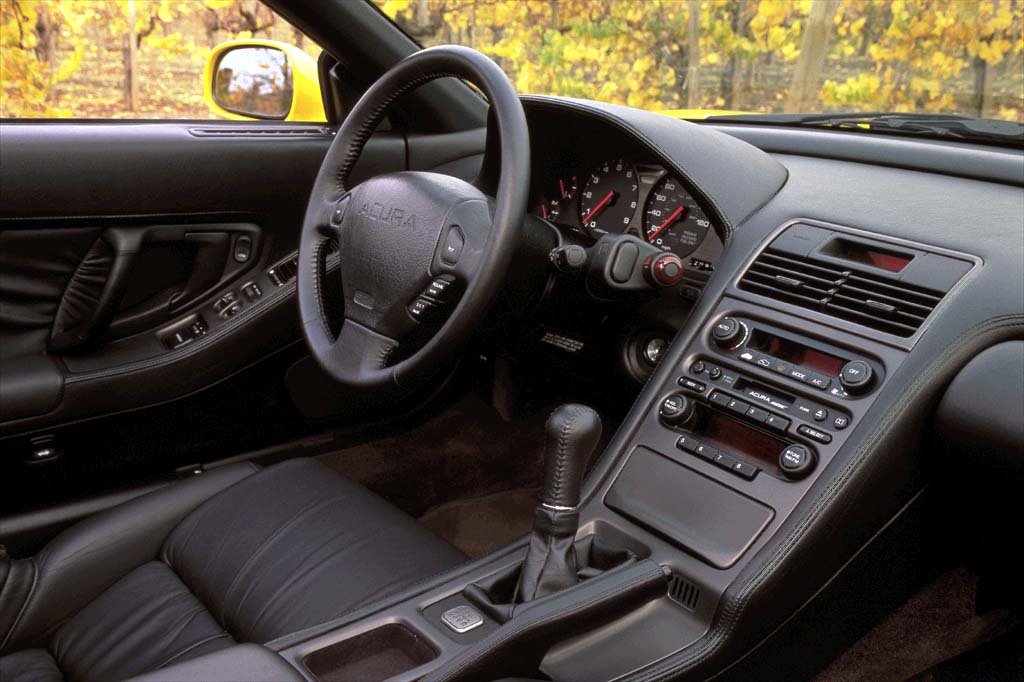 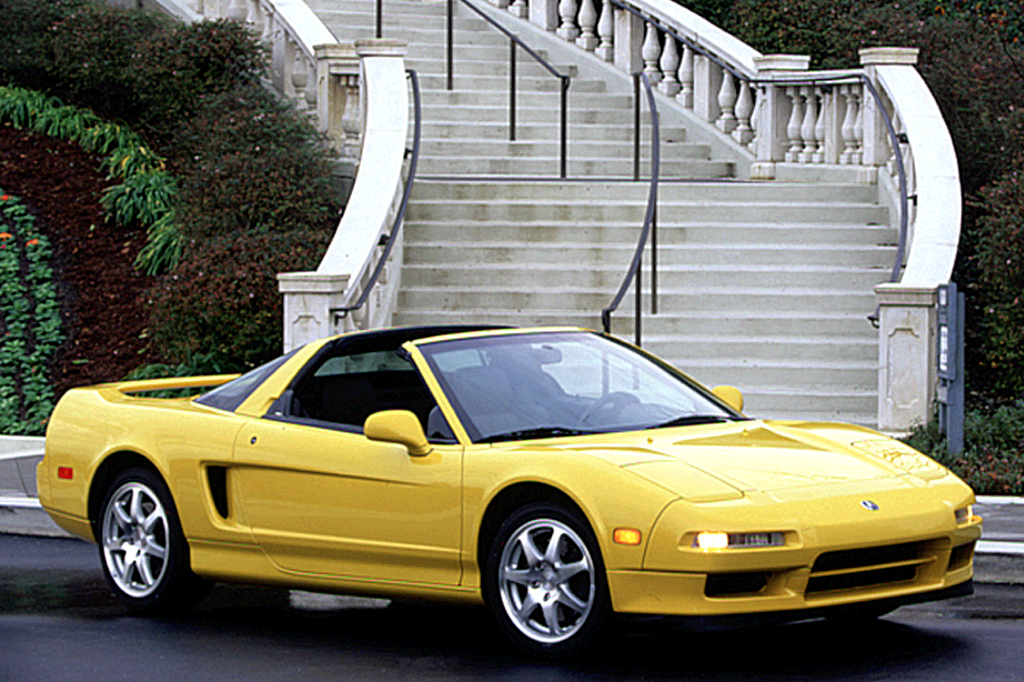 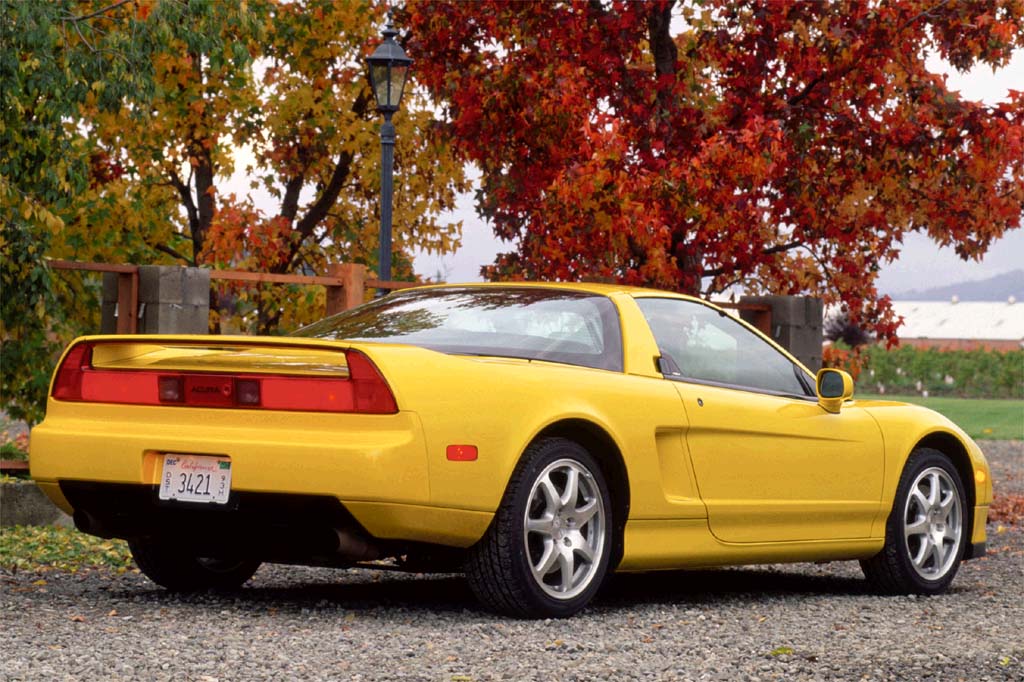 Although early models were selling new for as much as $100,000 (or even higher), demand eased after a year or two, sending transaction prices below MSRP. Secondhand too, an NSX is a lot more expensive than a Corvette or a Porsche 911, yet it lacks the pedigree of similarly priced Ferraris. Still, it’s almost worth that high dollar figure because of its blend of refinement, performance, and appealing ergonomics.

What some observers considered to be Acura’s “Ferrari-fighter” went on sale in summer 1990, accompanied by considerable fanfare. Part of that fanfare had to do with price, because this new entrant from Honda’s luxury division was the most expensive Japanese-brand car on the U.S. market. Because of its instant popularity,too, dealers began to sell them for more than sticker price.

An all-out midengine sports car, the new NSX 2-passenger coupe had a body and suspension made of aluminum. Transversely mounted in the middle, between the seats and ahead of the rear axle, was an aluminum 3.0-liter V6 engine, with dual overhead cams and variable valve timing.

All of the initial NSX coupes had 5-speed manual transmissions, and the V6 produced 270 horsepower. When a 4-speed automatic transmission arrived a few months later, the engine in that model dipped to 252 horsepower. An NSX could accelerate to 60 mph in a swift 5.6 seconds, according to its maker, and run a quarter-mile in 13.9 seconds. Acura intended to offer no more than 3000 cars per year in the U.S. market.

Honda’s luxury division basically broke the sports-car rules with the NSX. For a high performance “exotic,” the NSX is extremely refined, reliable, and at least modestly practical. Acura’s sports car offers a unique combination of race-car engineering, performance, and looks, along with its pragmatic virtues. Not only is this 2-seater extremely fast, but it’s also smooth, surprisingly quiet, and easier to drive than most high-performance cars.

Despite smallish engines, acceleration rivals that of the V8 Corvette and the late-’90s Porsche 911. Our tests bore out Acura’s performance claim, with 0-60 mph acceleration in 5.8 seconds. Even economy is impressive. A late-model 6-speed NSX averaged a relatively frugal 22 mpg. Sure, some folks might crave more raw power, but an NSX offers most of the rewards of a true exotic with almost none of the usual drawbacks–except for its high price. The well-behaved automatic transmission is only slightly less rewarding than the 5- or 6-speed stick.

Handling ranks among the world’s best. Steering is precise, though heavy for parking if not equipped with power assist. Cornering is flat and stable, braking short and true, noise levels acceptable. The ride is firm, but supple enough for such a high level of performance. Standard traction control enhances wet-road safety, but can be switched off when not needed. On the down side, the low nose demands some caution around dips, parking-lot barriers, and certain speed bumps.

Despite road-hugging styling and a midengine layout, an NSX affords easier entry/exit than most sports cars, including the Corvette, plus the best visibility of any exotic automobile. Over-the-shoulder views are poor, however, and the top of the dashboard reflects in the windshield. Strong sunlight can wash out the electronic climate and audio displays, too.

There’s enough cockpit space for husky 6-footers, and the dashboard is as user friendly as a Legend’s. Seating is low-slung but comfortable. Luggage space is sparse.