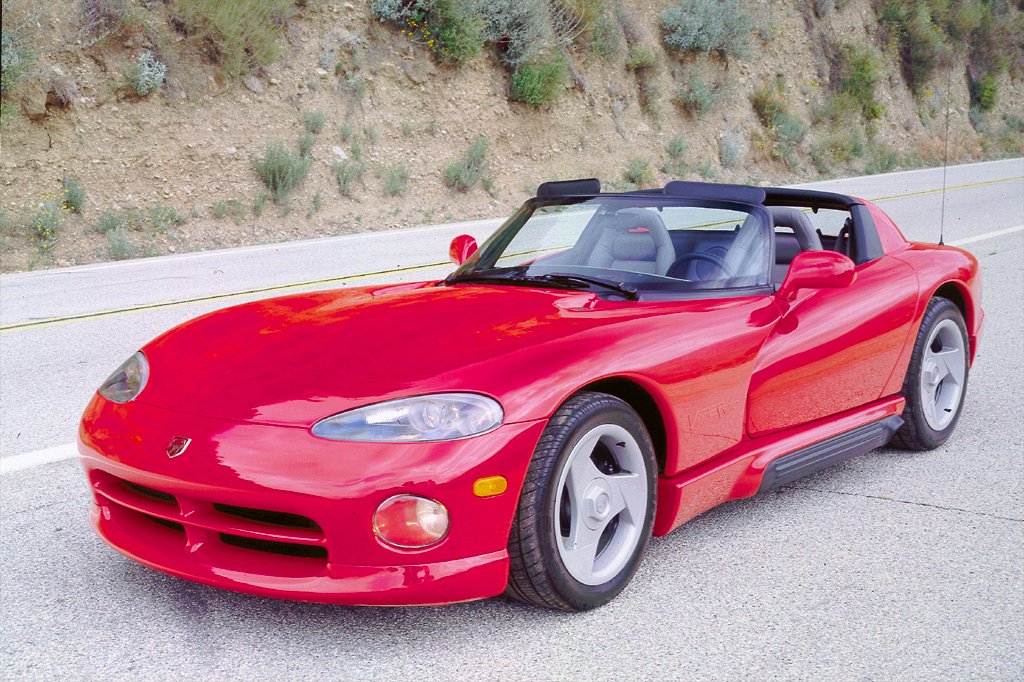 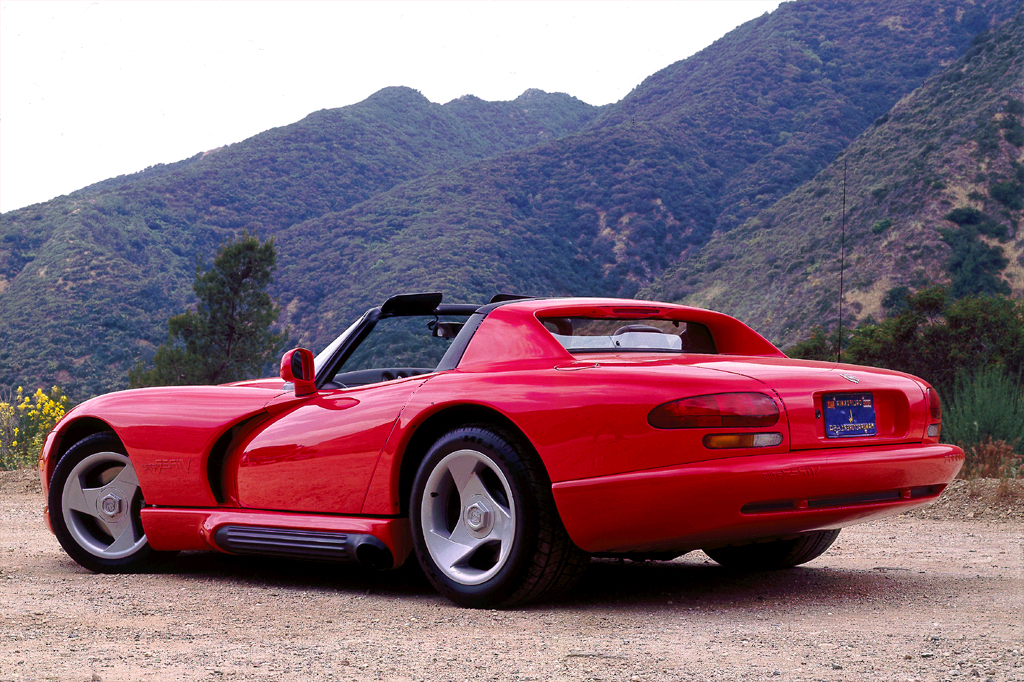 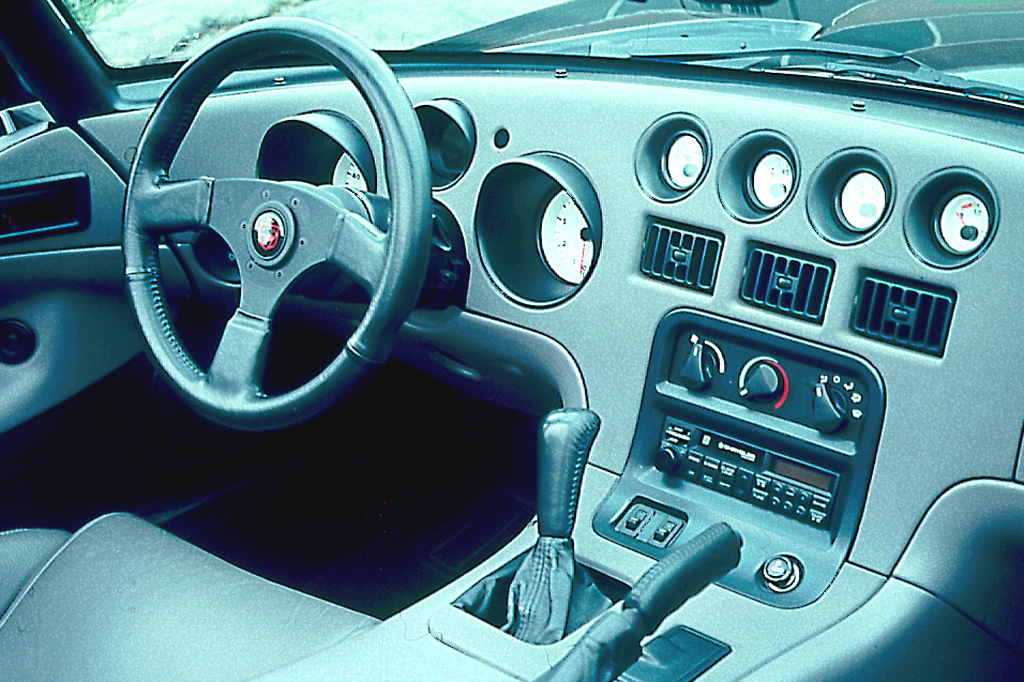 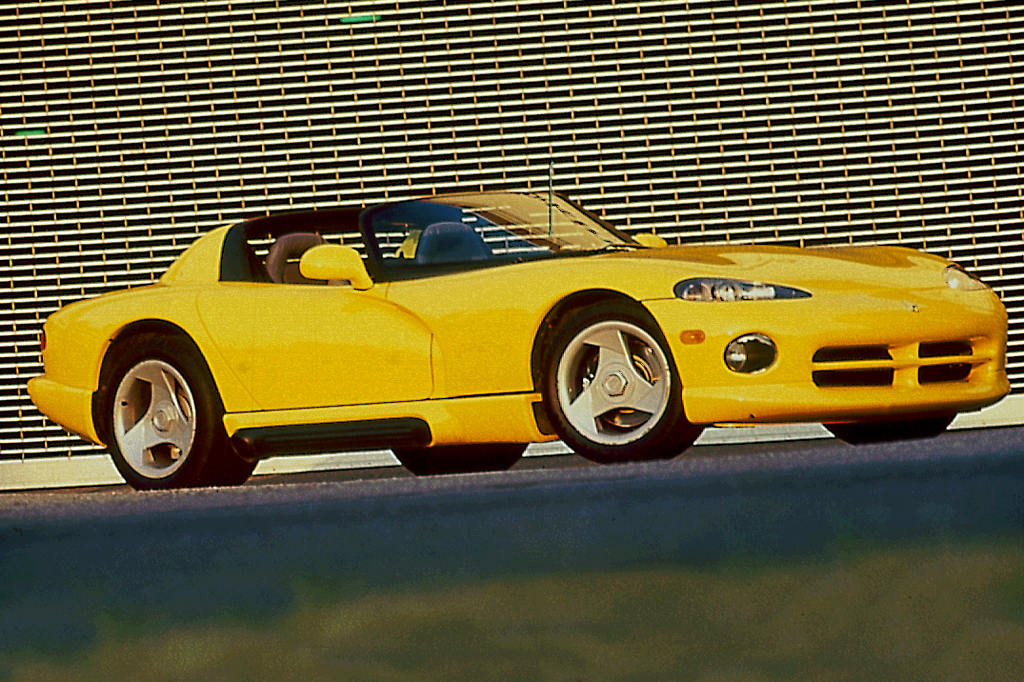 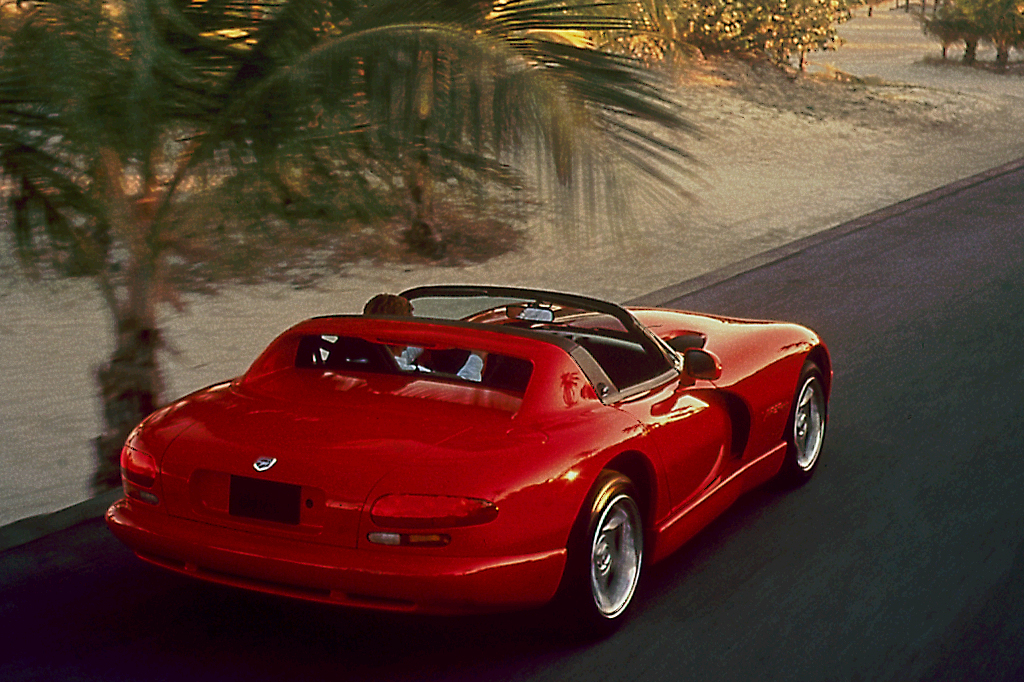 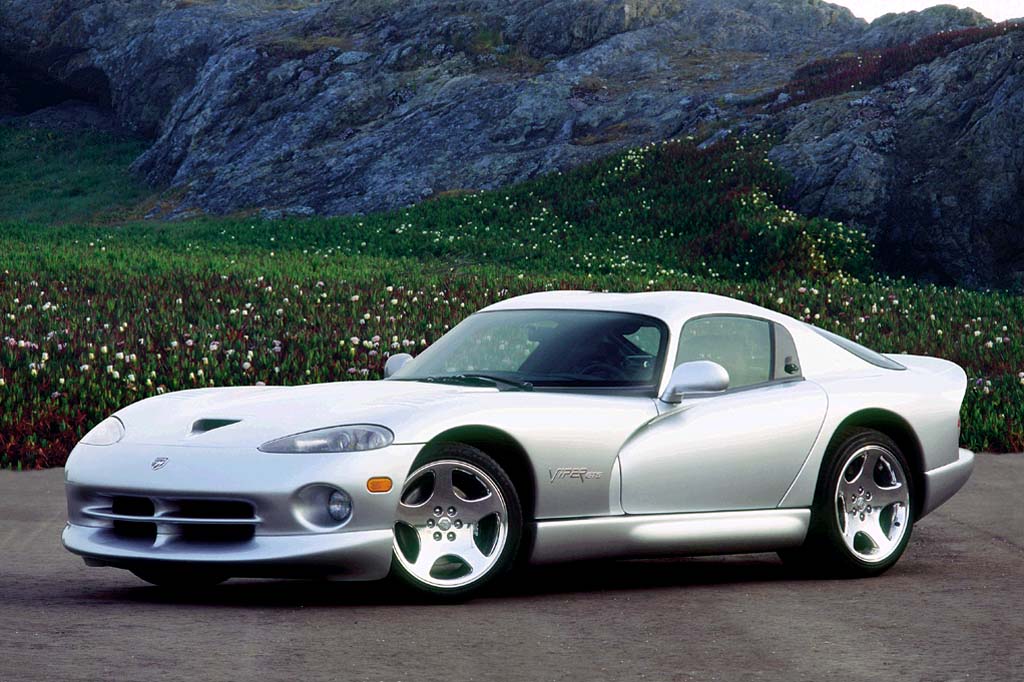 Each year, Dodge has built just enough Vipers to keep demand ahead of supply, selling them with little discounting. Some of the early crudities were improved over the years, but Viper remains a back-to-basics, less-than-civilized machine. If you’re a likely prospect for a secondhand model, you probably know it already. Better make sure that checkbook is full, though, as Vipers have held their value pretty well over the years.

After appearing at auto shows as a concept vehicle, Dodge’s rear-drive roadster hit dealer showrooms early in the summer of 1991. Only 200 cars were available in that short season, and some sold at far above the $50,000 sticker price. Choices were few in this high-performance rear-drive two-seat sports car, powered by an 8.0-liter V10 engine–America’s biggest and most powerful production engine, delivering 400 horsepower. Only a 6-speed manual gearbox could be installed, and it incorporated a forced first-to-fourth gear shift when starting off at light throttle. Exposed exhaust pipes ran along the rocker panels, adding to the Viper’s no-holds-barred appearance. Body panels were made of fiberglass-like composite materials, bonded and bolted to a tubular steel frame. Antilock braking and a driver-side airbag were unavailable. Red was the only available body color at first, and Vipers did not even have exterior door handles or roll-up windows. Standard equipment included an FM/AM stereo with cassette player and leather upholstery. Viper met the requirement for passive restraints with door-mounted seatbelts that could be left buckled. Nothing was really like a Viper, but rivals have included the Acura NSX, Chevrolet Corvette, Mitsubishi 3000 GT, and Porsche 911.

No decisions were needed when selecting a Viper powertrain. Every one came with a high-powered V10 engine and a 6-speed manual transmission. No automatic ever was offered. The V10 started with 400 horsepower and 462 pound-feet of torque, growing to 450 horsepower and 500 pound-feet during 1996 when the GTS coupe debuted. Torque output dipped from 500 to 490 pound-feet in 1998.

Let’s get one thing straight at the outset: Few cars could be less practical than a Viper for everyday driving. Needless to say, it’s not for everyone. Its purpose was simple: to remind people of the Shelby Cobra of the 1960s, and to stir up some showroom excitement.

With that disclaimer out of the way, Viper quite simply defines brutal performance. Dodge’s two-seater ranks among the fastest and best-handling cars available, bar none. Armed with colossal torque, a Viper catapults ahead from any speed with little regard for what gear it happens to be in. Clutch effort isn’t unduly heavy, and shift action is quick and direct.

Ultra-wide tires trammel along pavement grooves, but they also furnish astonishing grip in turns. They work with a suspension that virtually eliminates body lean in corners or floatiness over highway dips. Though the ride gets stiff over low-speed bumps, it isn’t really harsh. Steering response is immediate and the big 4-wheel disc brakes are extraordinarily strong.

On the other hand, this is an extremely noisy car. Big exhaust pipes on early models exit just below your elbow, and wind buffeting at highway speeds with the top off is intense. Tiring to drive, a Viper also offers minimal luggage space and dismal fuel economy–affirmed by the fact that they’ve been subject to the federal gas guzzler tax.

Erecting the removable fabric top on an early model was no easy chore, and snapping on side curtains as the weather turned inclement could be a pain. The folding top also takes up much of the Viper’s small trunk, and interior stowage space is minimal.

Visibility is less than ideal, due to the low seating position, but mirrors are nicely-placed. Seats are supportive, analog gauges are simple, and the dashboard layout is elemental. Shoulder room is abundant, but footwells are narrow. Worse yet, engine heat turns them into veritable ovens on early models (air conditioning was an option in the early years, not standard fare). A sticker warned occupants to avoid contact with door sills because the side exhaust pipes heat them up so much.

Viper’s steel skeleton is extremely rigid, so the car does not suffer the structural flexing over pavement irregularities that plagues so many convertibles. Still, the huge hood shudders over bumps and the plastic panels behind the cabin squeak.

Driving feel is the big difference between the roadster and the GTS coupe. While the roadster has the feel of a kit car, with body panels shaking and quivering over bumps, the coupe is as solid as most production cars. This solid sensation produces more confidence to enjoy the Viper’s raw power. Though still loud during acceleration, the V10 was quieter at highway speeds in the coupe. Tire noise remained a problem, but less so than in the roadster, making long highway trips less punishing.

Because Vipers are virtually hand-built, fit, finish, and workmanship tend to vary. Interior materials are solid but not fancy.