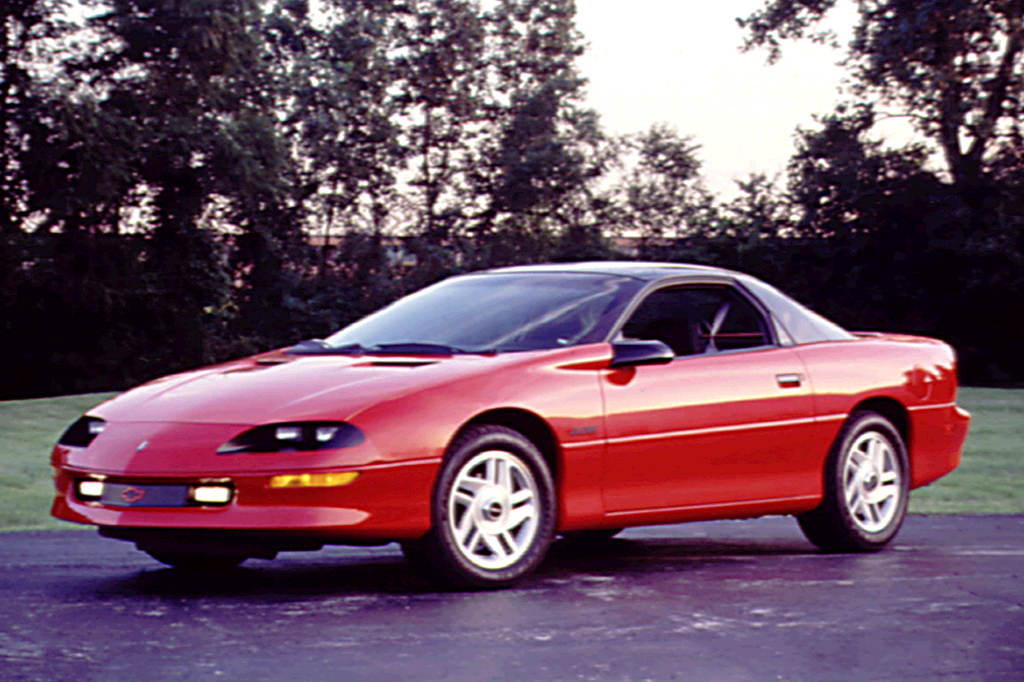 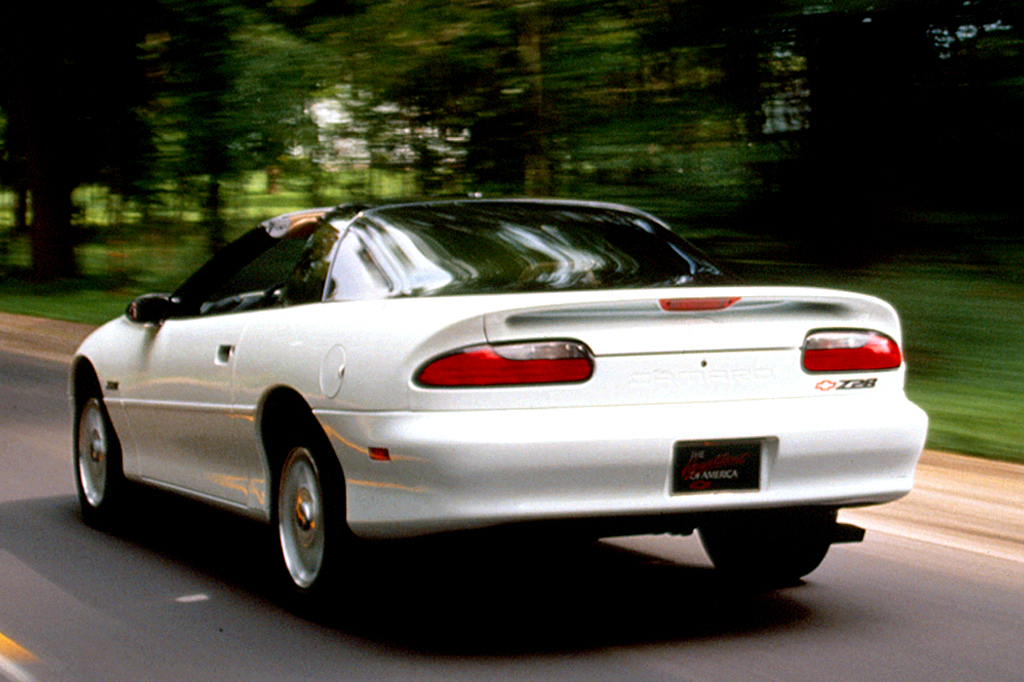 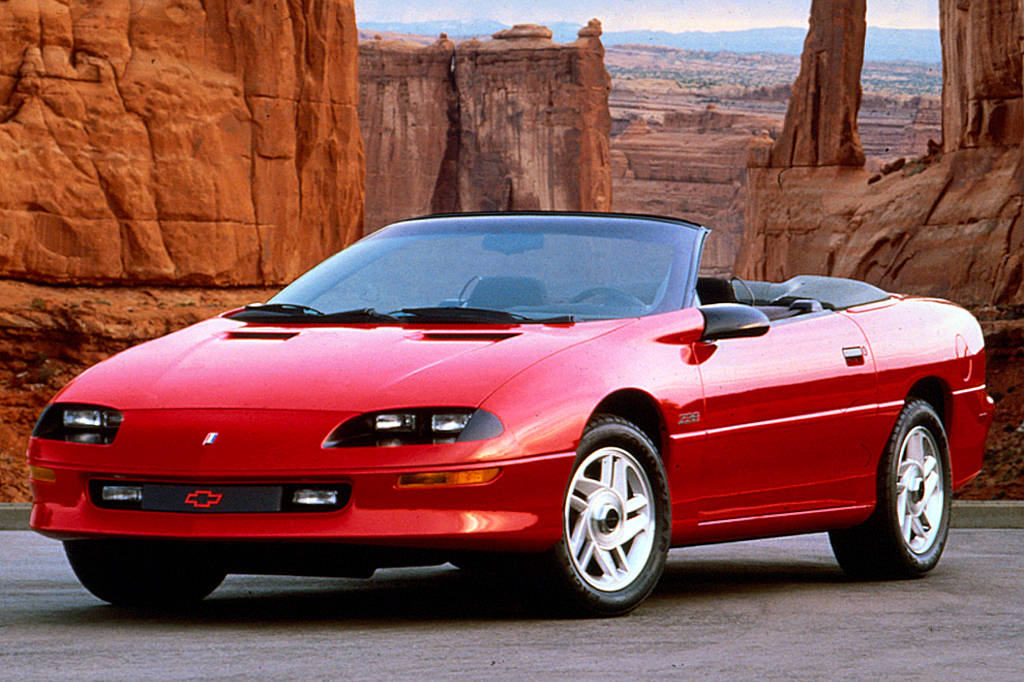 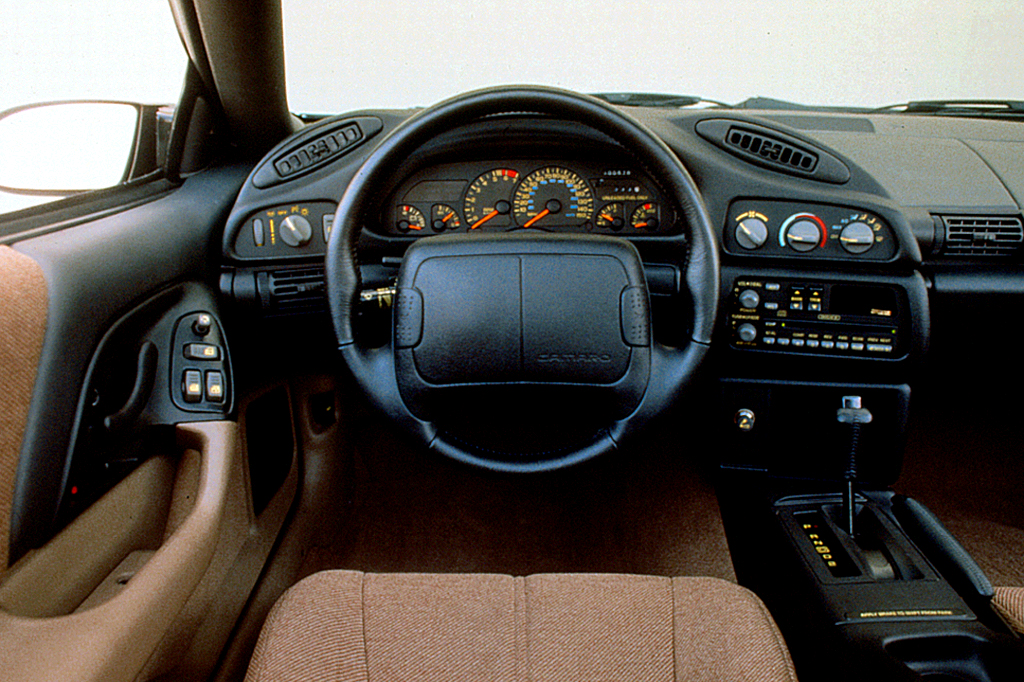 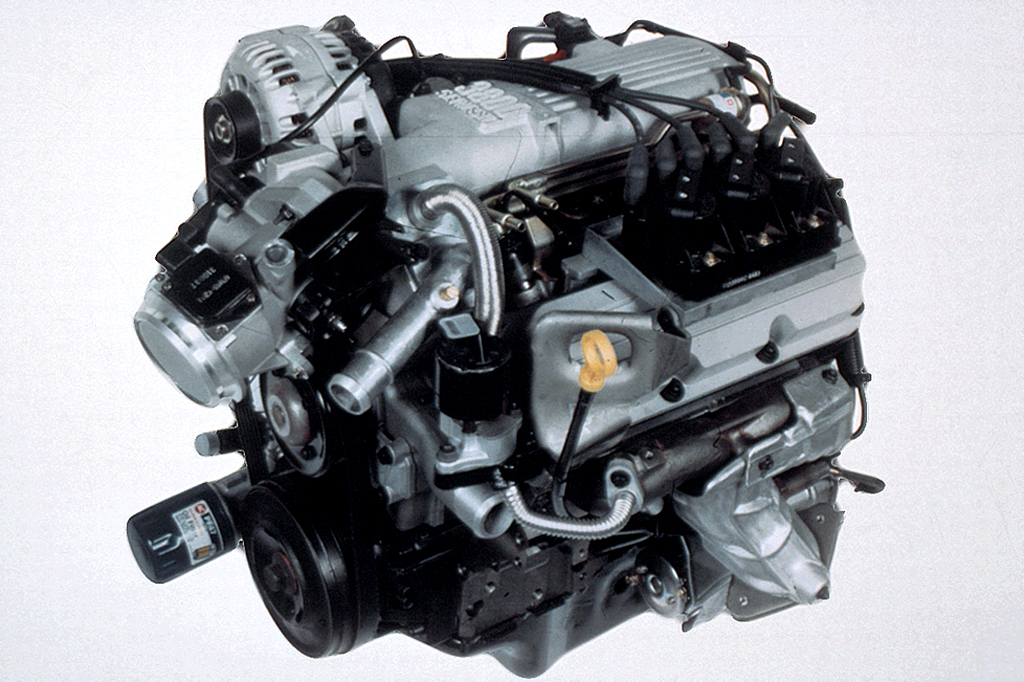 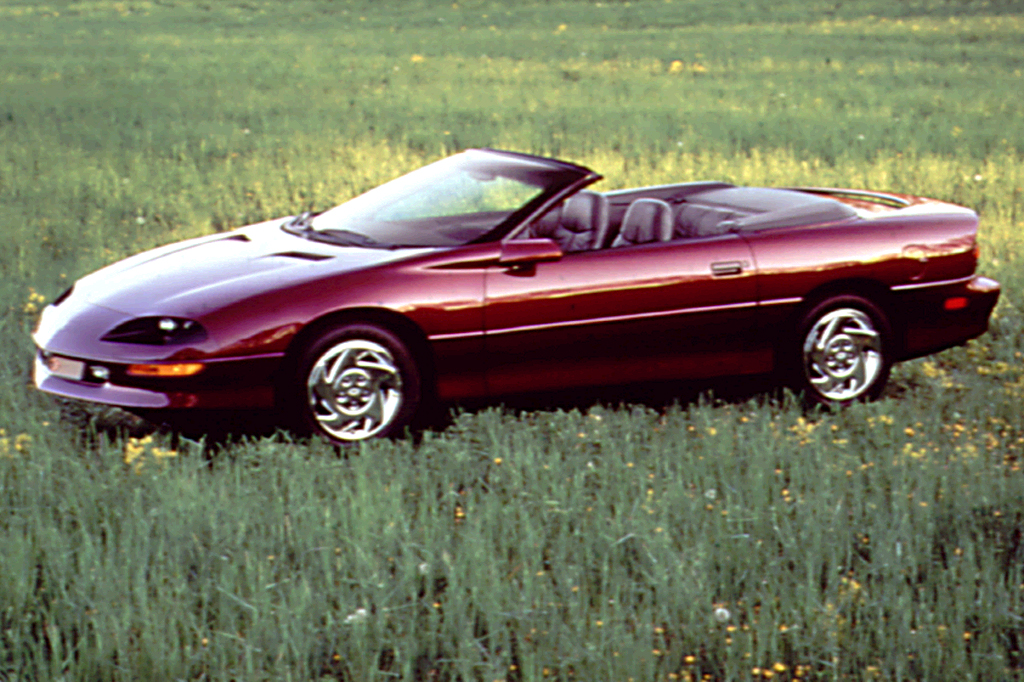 This generation of Camaro is the best ever, but we feel that it forces too many compromises to be a daily driver for anyone but the performance enthusiast.

Total restyling of Chevrolet’s sporty rear-drive hatchback coupe retained some familiar cues, in a more curvy body made largely of dent-resistant composite material. As before, the popular “pony car” came in base trim (with V6 power) and as a Z28 (propelled by a V8). Base and high-performance Z28 models again are similar to the Pontiac Firebird, riding the same basic platform as before. Dimensions grew only slightly, but this latest rendition gained some weight–and power. All Camaros now included dual airbags and antilock braking. A reworked dashboard put all gauges in a semicircular pod, easy to view. No convertible hit the market for the 1993 model year.

Base engine was a 3.4-liter V6 (an enlargement of the former 3.1-liter), delivering 160 horsepower. Either 5-speed manual shift or a 4-speed overdrive automatic might be installed. Under the Z28’s hood lurks a Corvette-based 5.7-liter V8 rated at 275 horsepower (285 horses for ’96) and hooked to a 6-speed manual gearbox or optional 4-speed automatic. Unlike the Corvette’s drivetrain, the Z28’s 6-speed box lacked a forced first-to-fourth gear shift under light throttle in its first season, but added that fuel-economy feature for ’94, when the automatic shift gained electronic control. Six-speed cars also got a 3.42:1 rear-axle ratio in 1994, replacing the prior 2.73:1 or optional 3.23:1 ratio. A more powerful (200-horsepower) 3.8-liter V6 arrived in spring 1995 as an option, and was made standard for ’96. Engines in specially built SS Camaros in 1996 developed 305 horsepower–20 more than usual. In 1998, Camaro got its own version of the Corvette V8. In Z28, the engine made 305 horsepower. With the SS package it made 320 horsepower. V8s gained 5 horsepower in 2001.

This last Camaro beats its predecessor in two notable ways: ride quality and dashboard layout. Both the base model and the Z28 have softer suspensions, which reduces the harsh impacts commonly endured in prior models. Z28s are still quite harsh over rough pavement, but more easygoing than before, though optional high-performance tires generate too much noise at highway speeds. Both models retain their well-known handling prowess.

Gauges are easily visible through the steering wheel. Radio and climate controls are high-mounted, easy to reach and see.

Climbing inside can be a chore because of low seats. Wide rear roof pillars still obscure the view to sides and rear quarters. A hump in the right-front floorboard intrudes into passenger leg room. Rear head room is a tad better than before, but the cushion is narrow and knee space extremely limited. A deep cargo well doesn’t hold much luggage. The low seating position hinders visibility.

Though somewhat gruff and noisy under acceleration, the 3.4-liter V6 performs nicely–especially with 5-speed manual shift. Acceleration in a Z28 is strong with either transmission, but the V8 demands premium fuel. We averaged only 13.2 mpg in mostly urban driving. Adding the 3.8-liter V6 narrowed the performance gap between the two modes. The 200-horsepower engine matches the 4.6-liter V8 in Ford Mustangs when the gas pedal hits the floor. Poor wet-weather traction remains a problem. Traction control wasn’t optional until 1995.