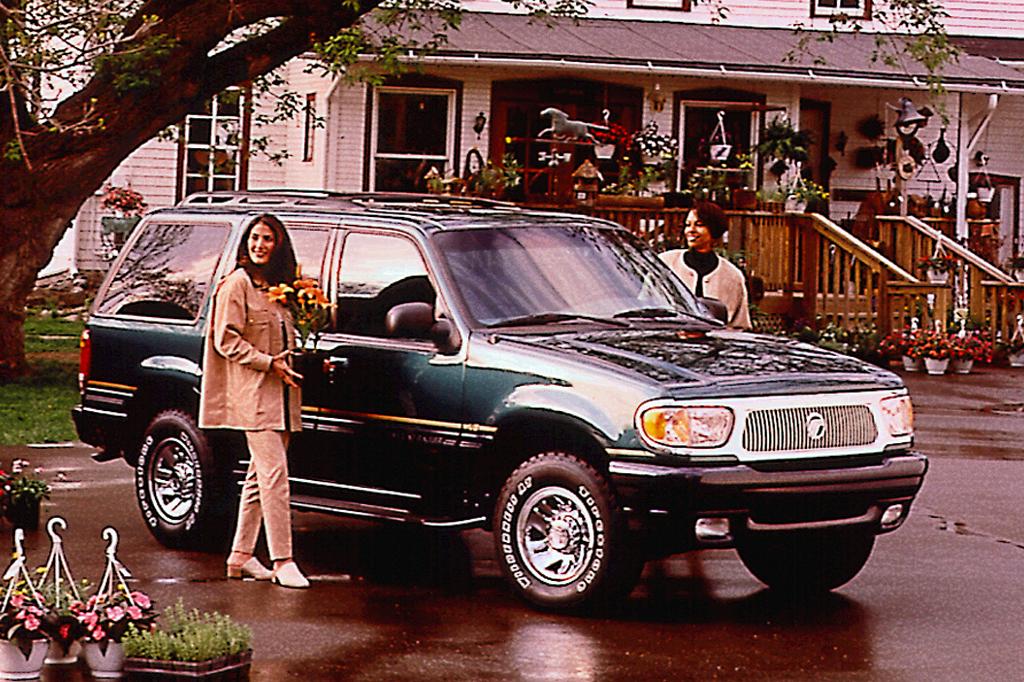 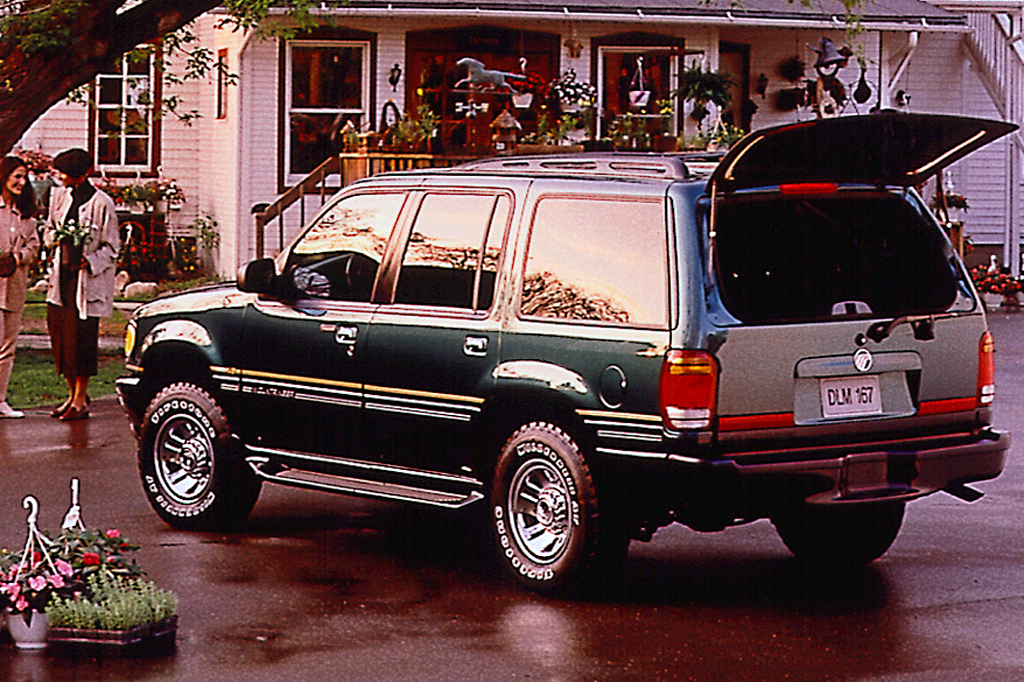 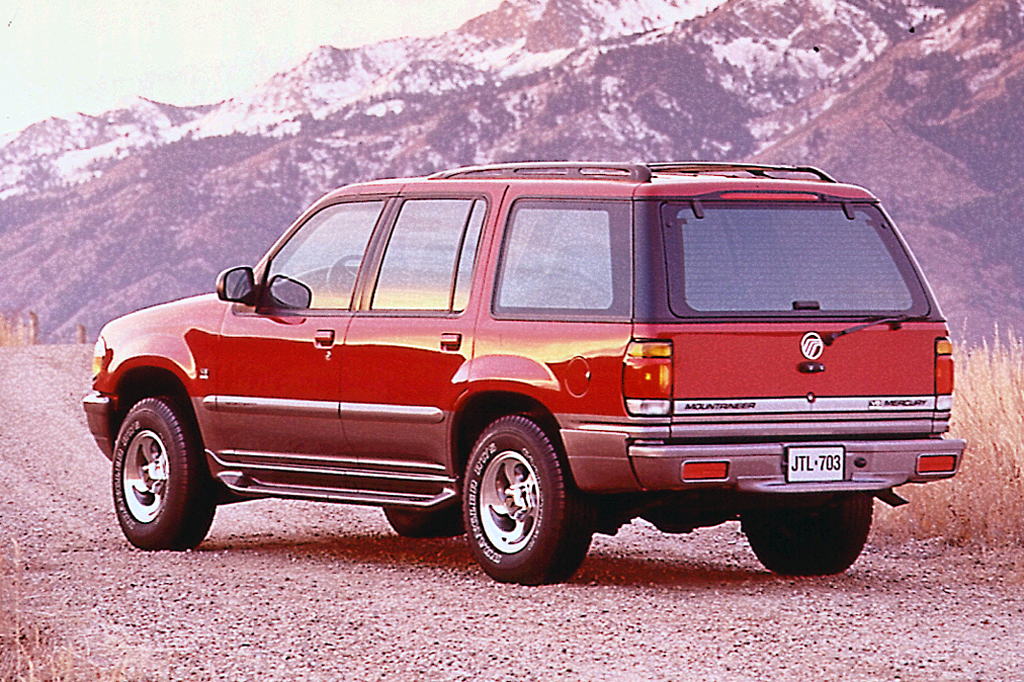 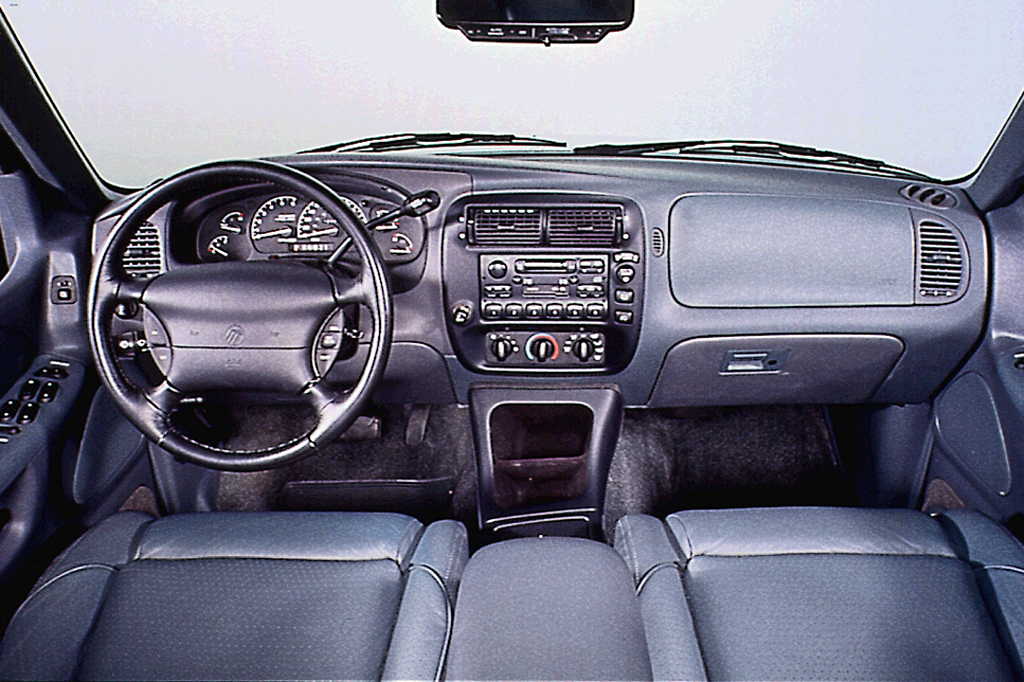 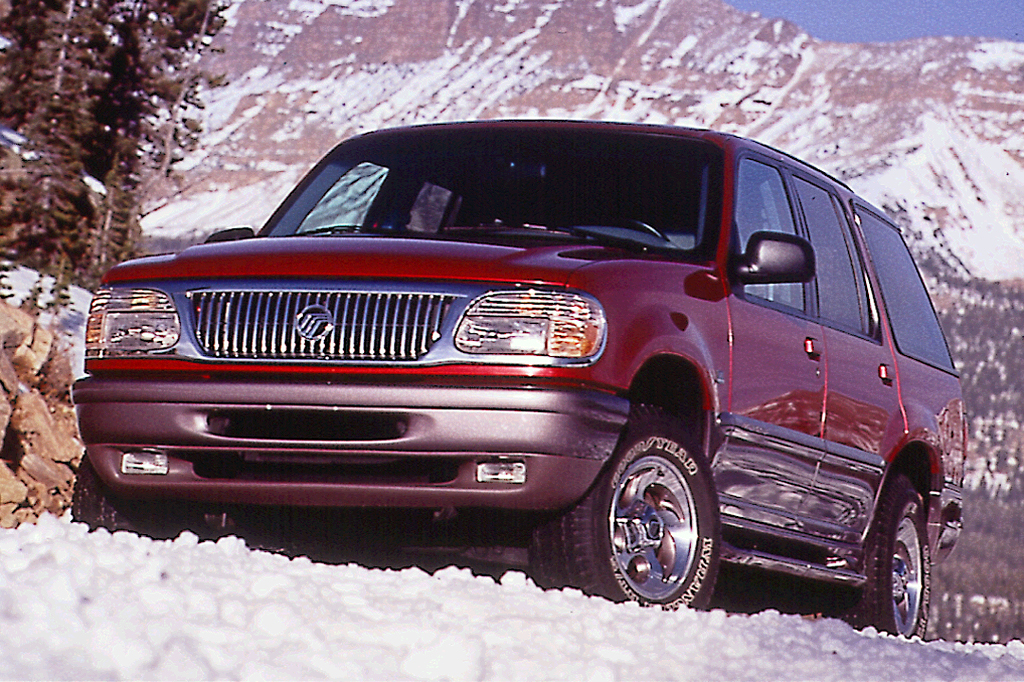 We rate both the popular Explorer and its Mercury mate highly in the SUV league. Though engine choices aren’t identical, the two models provide similar performance and accommodations, with sound ergonomics in a roomy cabin.

Essentially, the Mountaineer was a near-duplicate of the latest Ford Explorer. However, Mountaineer was produced only as a 4-door wagon. Buyers got a choice of rear-wheel drive or permanently engaged all-wheel drive. Dual airbags and antilock brakes were standard. Sole engine was a 5.0-liter V8. A 4-speed automatic was the only transmission. The all-wheel-drive system was always engaged and required no input from the driver.

Meager gas mileage is a major drawback. An early Mountaineer with the V8 averaged 16.1 mpg, and barely managed 18 mpg on the highway–roughly identical to the EPA estimates. Later models might not even do that well.

Virtues are the same as the Explorer’s, including a roomy and comfortable interior, good visibility to all directions, and strong acceleration from the V8 engine. Permanent all-wheel drive is handy and works as promised, giving the Mountaineer good traction when needed, without any guesswork or action by the driver.

Although the V6 engine of 1998-99 cannot match the V8’s muscle, its 5-speed automatic transmission does an admirable job of keeping the engine in its power band. Control Trac 4WD is more convenient than the systems offered by competitors.

A Mountaineer corners confidently, with less body lean than some rivals. At the same time, the ride can get more bouncy and trucklike than those competitors. Road and wind noise at highway speeds are not particularly intrusive. The interior is roomier than that of a Jeep Grand Cherokee or Chevrolet Blazer/GMC Jimmy. Space is ample for four adults, and three can sit in back for relatively short distances. Most switchgear is easy to reach, though climate controls are low on the dashboard. Deep side and rear windows and well-positioned outside mirrors give the driver a clear view of surrounding traffic.