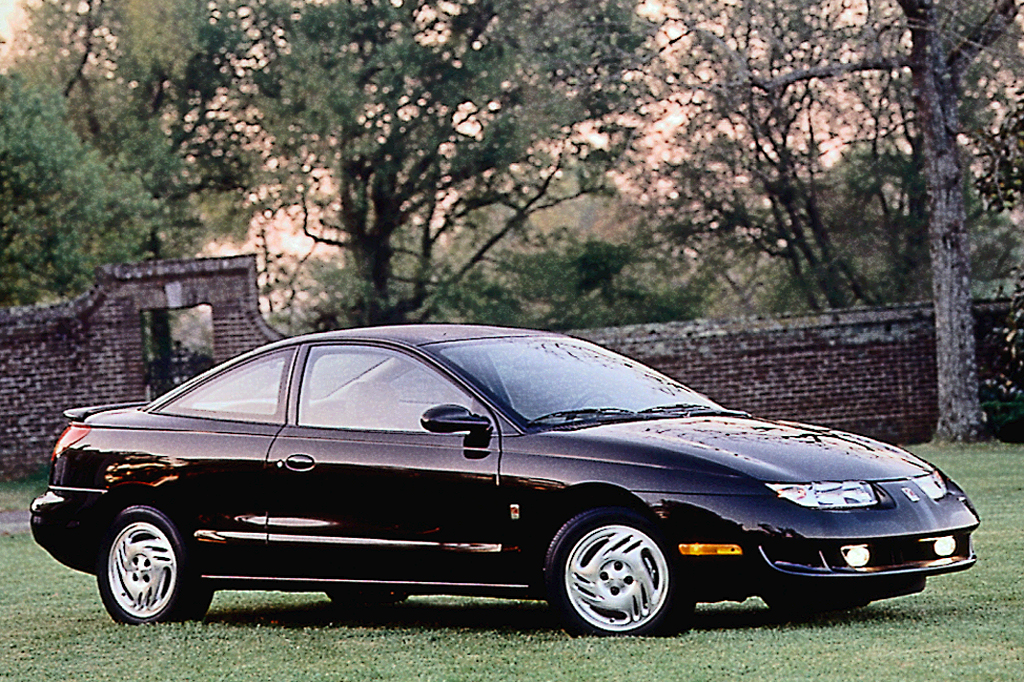 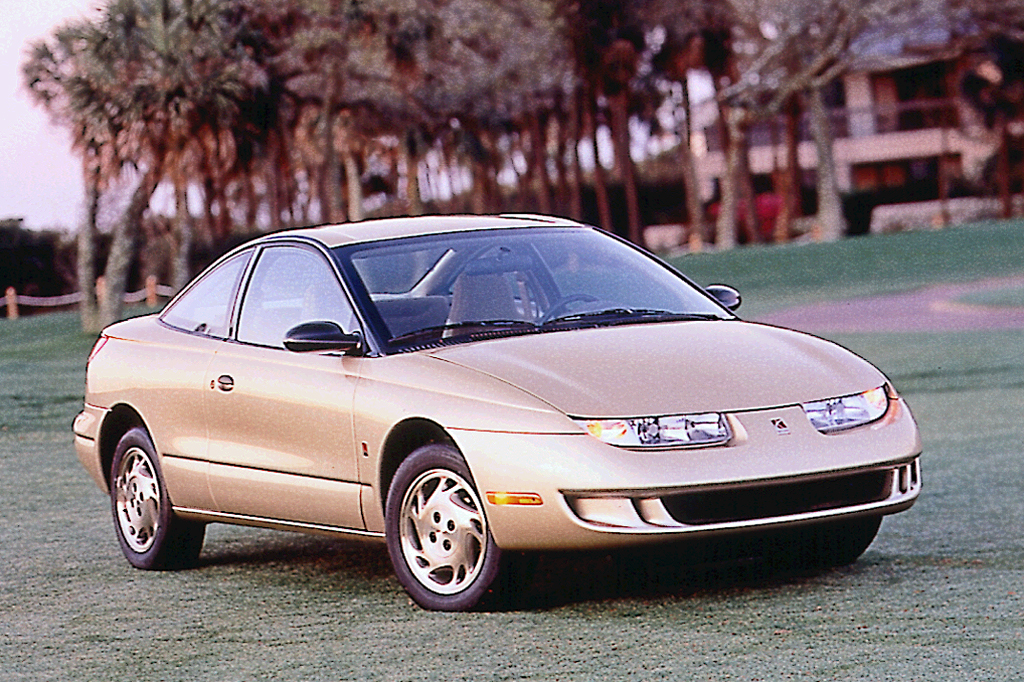 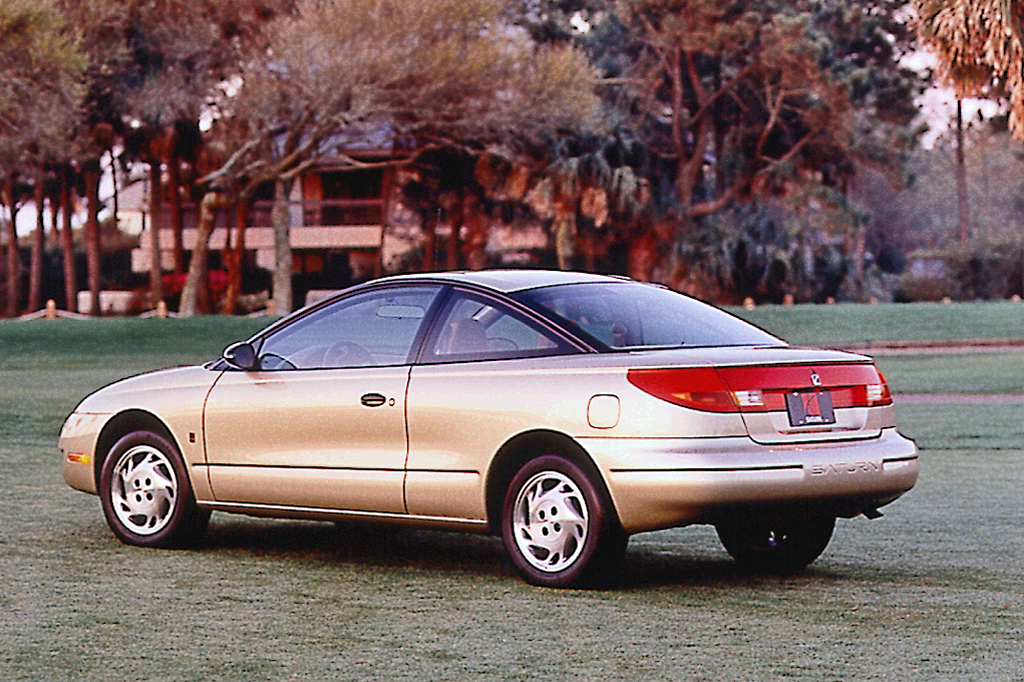 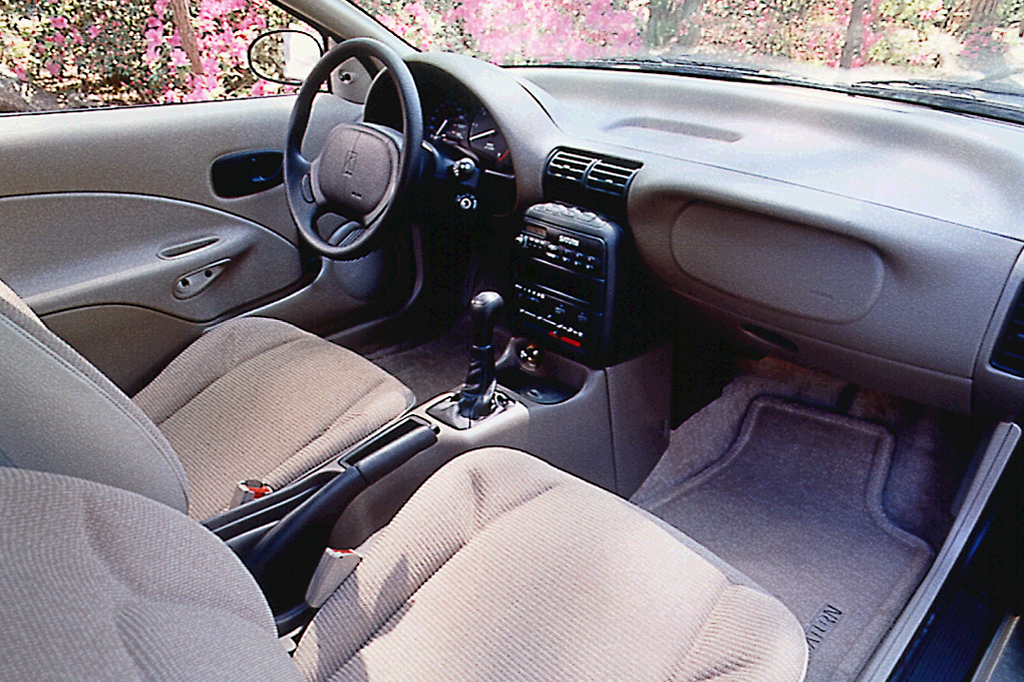 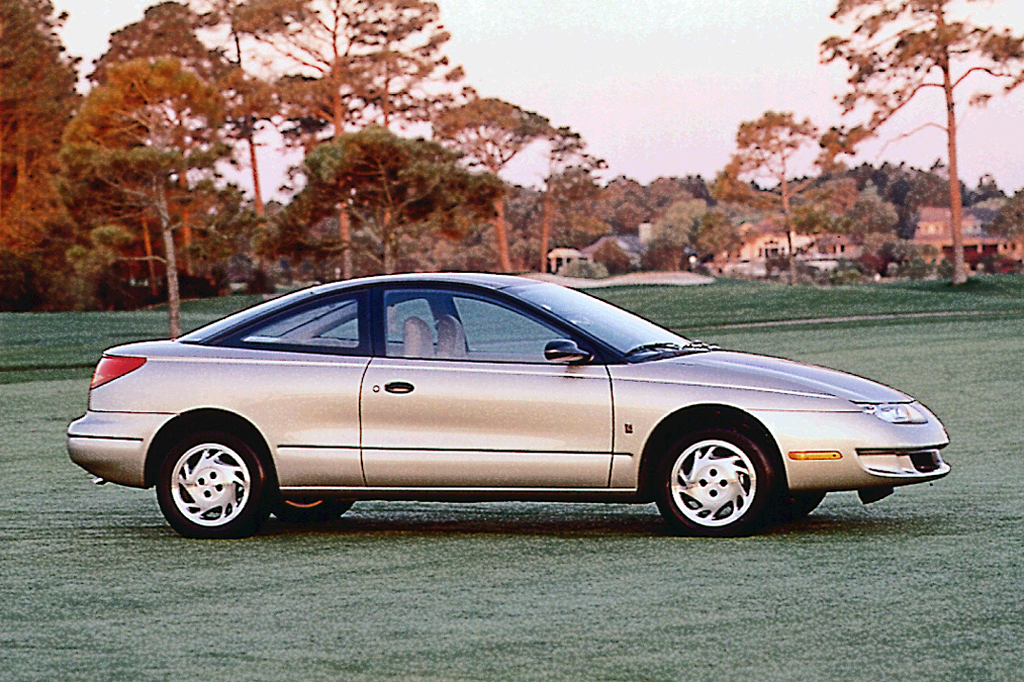 All told, Saturns lack the refinement of most Japanese sports coupes. They’re also noisier, but boast an impressive reliability record. The side-curtain airbags added for 2001 are unique in this class.

Redesigned for 1997, the front-drive sports coupe featured new styling on a longer wheelbase. Basic construction continued as before, following Saturn’s practice of installing dent- and rust-resistant polymer vertical body panels, mounted on a spaceframe. Two models again went on sale, but the SC1 and SC2 now displayed the same styling. Among the modest differences in this generation, the SC1 got black outside mirrors and door handles, whereas those items on the SC2 were body colored. Fog lamps were standard on the SC2 coupe. Both coupes had standard Daytime Running Lights. Wheelbase was now 102.4 inches, identical to the Saturn sedan and station wagon, which had been redesigned a year earlier. Prior coupes rode a 99.2-inch span. Rear leg room grew by a whopping 4.5 inches. Front and rear head room gained about an inch. Dashboard designs remained essentially as before. Powertrains also continued from the 1991-96 generation. The SC1 held a 100-horsepower, 1.9-liter 4-cylinder engine. A dual-overhead-cam version, rated 124 horsepower, went into the SC2 coupe. Both models had a standard 5-speed manual transmission, with 4-speed automatic optional. Antilock braking was optional, and included traction control.

Different engines helped give the two Saturn coupe models different personalities. The economy-oriented SC1 got a single-overhead-cam 1.9-liter 4-cylinder, rated 100 horsepower. Sporty-minded buyers can search for an SC2, with its 124-horsepower dual-overhead-cam engine. In either case, the coupes could have a 5-speed manual gearbox or a 4-speed automatic transmission.

Acceleration with an SC1 is adequate with manual shift, but a little less satisfying with the 4-speed automatic transmission. When you need a quick burst of power, it might not be there. With either transmission, an SC2 coupe accelerates in a more lively manner. An SC2 with automatic takes off with some zest, though turning on the air conditioning takes a toll on performance. Highway passing power also is good with the SC2.

Fuel economy is appealing with any coupe, but the frugality champ is an SC1 with the 5-speed gearbox. We’ve averaged a miserly 31.9 mpg in mixed city/highway driving, versus 26 mpg with an SC2 that was equipped with the 5-speed.

Although noise levels are lower than before, both engines remain loud and rather coarse during hard acceleration. All Saturns corner with pleasing swiftness and control. Handling is surefooted and competent in both models, but the SC1’s steering is lighter and less precise. Ride quality is good with either coupe, but the SC1’s softer suspension makes it more livable on urban roads. You pay a penalty for the SC2’s sportier handling, which promises less body lean in turns.

Visibility is good to all directions, unlike most sports coupes, helped by thin roof pillars and large windows. Large, clear gauges inform the driver. Radio and climate controls are in a pod that protrudes from the dashboard, mounted too low for best access while driving. Power window and mirror controls are on the center console, unlit and difficult to find at night. Front seats offer plenty of room, but are rather low, surrounded by a high beltline and a vast dashboard top. Firm seats offer good lateral support. Leg room might have grown markedly in back, as measured with a ruler, but the rear-seat cushion is so low that most adults have to sit with their knees nearly pointing at the ceiling. Cargo space is adequate in a deep trunk.