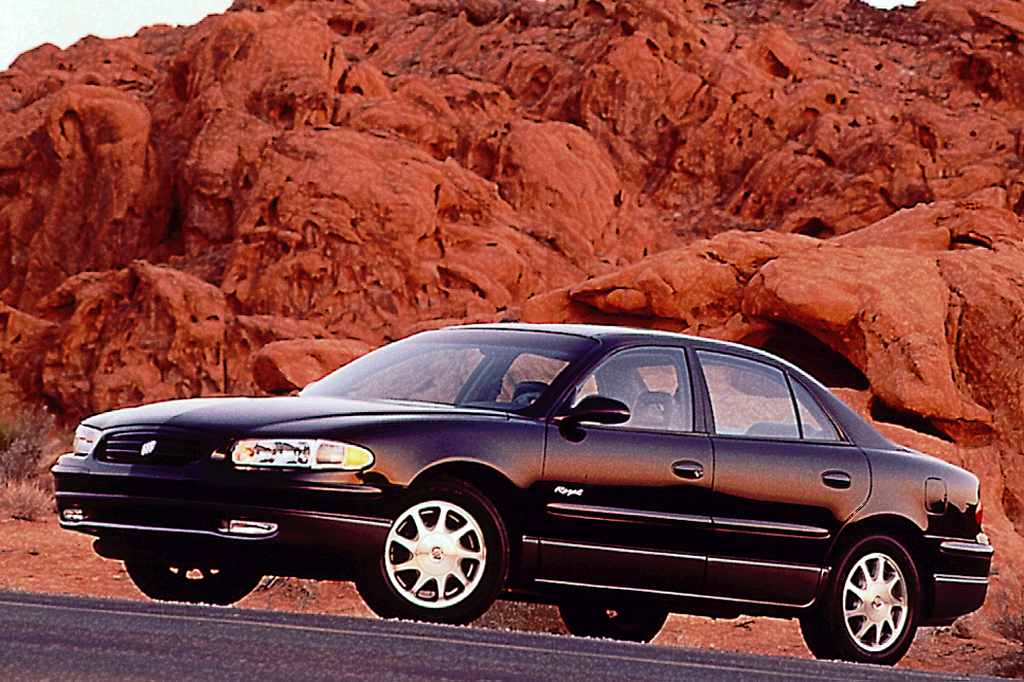 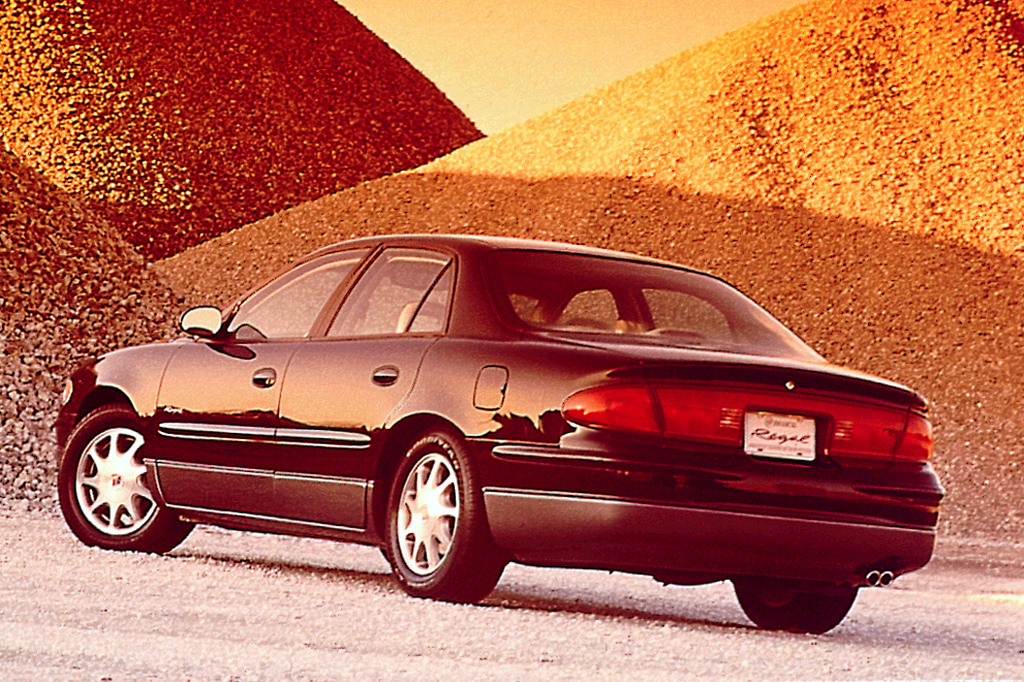 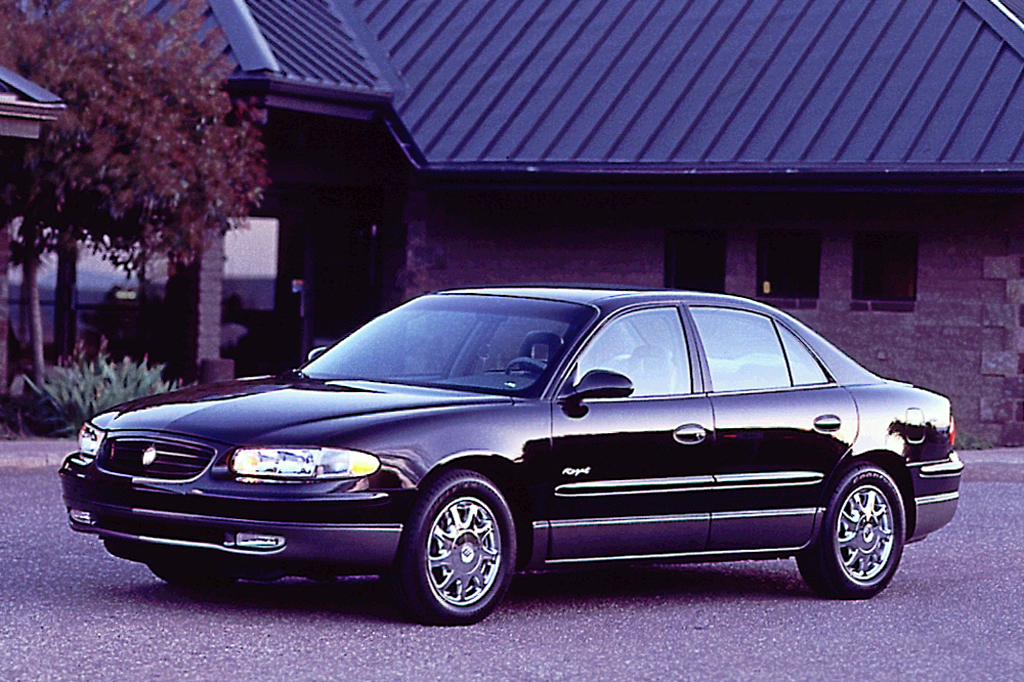 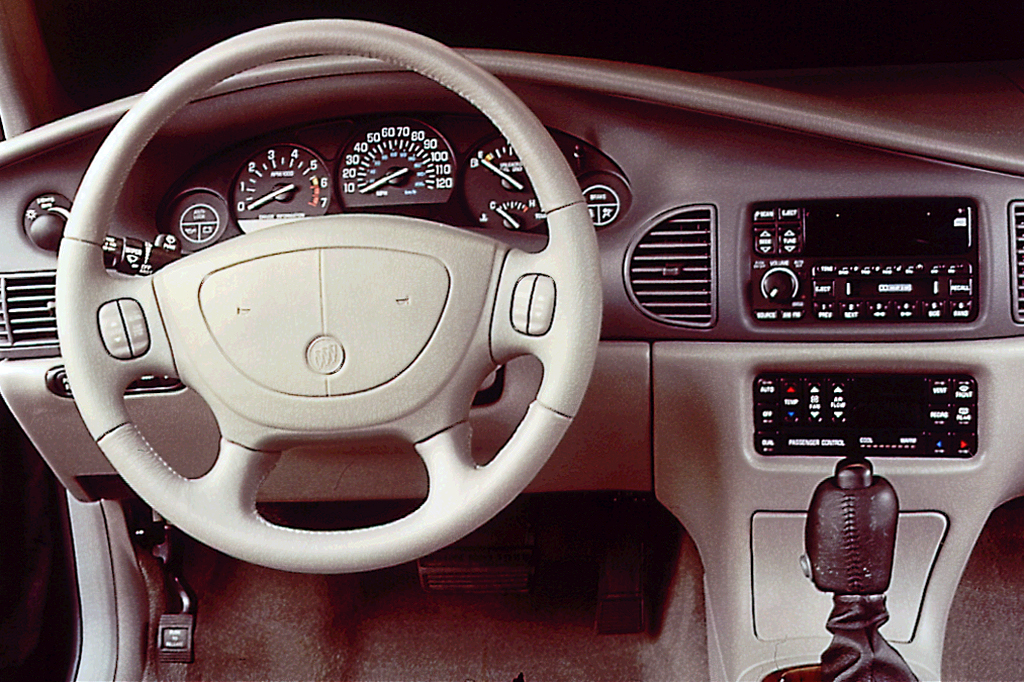 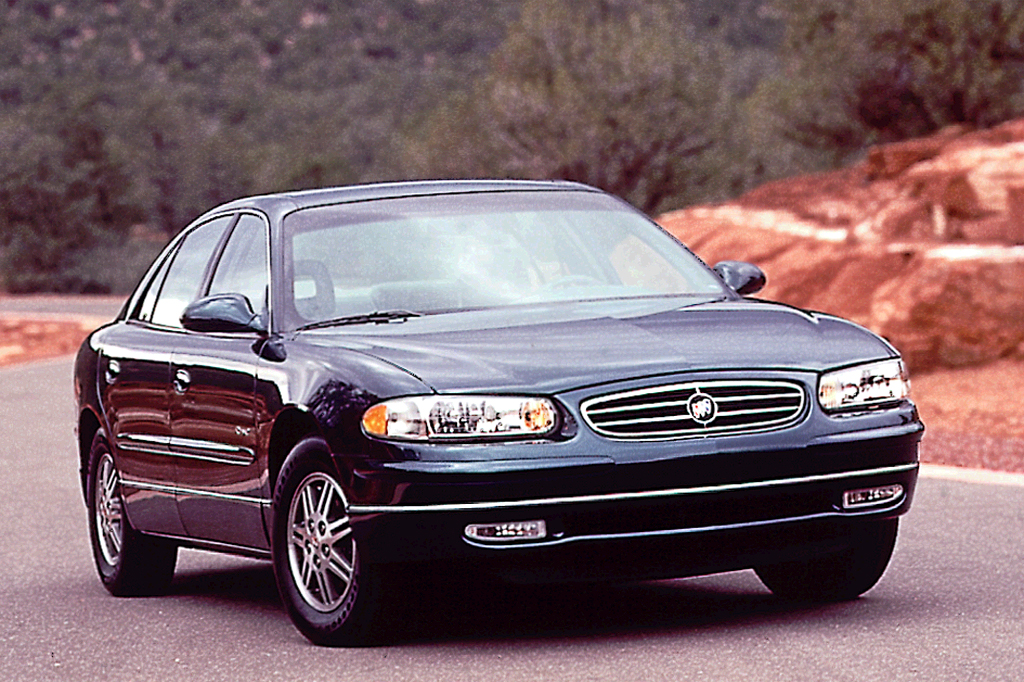 Regal fails to match the overall refinement or proven reliability record of a Honda Accord or Toyota Camry, and prices are likely to be far higher than for a comparable Ford Taurus or Mercury Sable. Still, Regal’s solidity, performance, and ample quantity of equipment make it worth a close look in the midsize family sedan league.

Buick launched a redesigned version of its midlevel sedan during the 1997 model year, to replace the slightly smaller Regals that had debuted back in ’88. Though sharing its underskin structure and basic interior with the Century, Regal was marketed as a sportier sedan, with more-powerful engines. Structurally, the Regal also is related to the Oldsmobile Intrigue and Pontiac Grand Prix. Both the base LS and more-costly GS got a 3.8-liter V6 engine and automatic transmission. Under GS hoods, however, the V6 was supercharged, producing 240 horsepower, in contrast to the usual 195. The Regal GS also got a firmer suspension, a body-colored grille, and leather upholstery. Both models were equipped with front bucket seats and a console-mounted floor shifter. Standard fittings included separate climate controls for the driver and front passenger, magnetic variable-assist power steering, and antilock 4-wheel disc brakes.

Regal buyers got two distinct engine choices. The 3.8-liter overhead-valve V6 engine could be normally aspirated, with a 195-horsepower rating (200 in ’99). Or, a supercharged engine was available, installed in the GS, rated at 240 horsepower. Either engine drove a 4-speed automatic transmission.

Well-known for smooth running, GM’s 3.8-liter V6 engine feels great when installed in a Regal, furnishing good acceleration at low speeds, as well as plenty of passing power. Performance is better yet with the supercharged edition. Unfortunately, the GS suffers marked torque steer, in which the steering wheel is tugged in one direction during rapid takeoffs. Transmission behavior is absolutely sparkling and mannerly with either engine–just the way all automatic transmissions should function. We averaged between 16.9 and 20.1 mpg with a Regal GS. Gas mileage with an LS is about the same, but that model does not require premium fuel.

Although Buick has promoted the Regal as a sports sedan, the car leans more toward comfort than true handling prowess. Steering response is a little slow in quick changes of direction, and the body floats slightly over high-speed dips that European sport sedans would take in stride. Body lean is moderate, however, and the Regal’s suspension soaks up large bumps with little intrusion toward occupants.

Pleasant inside, the Regal offers ample space in front and rear, though it’s better for four adults than five. Comfortable front seats support the occupants nicely even during spirited driving. On the downside, the fold-down center armrest is too low to be of much value, yet its presence restricts outboard passenger space. Climate controls could be simpler, however. Having a trunklid release inside the car would be handy, too, but there’s one only on the remote keyless entry fob. Not only does the lid to the big trunk open to 90 degrees, but its hinges do not intrude on luggage space.