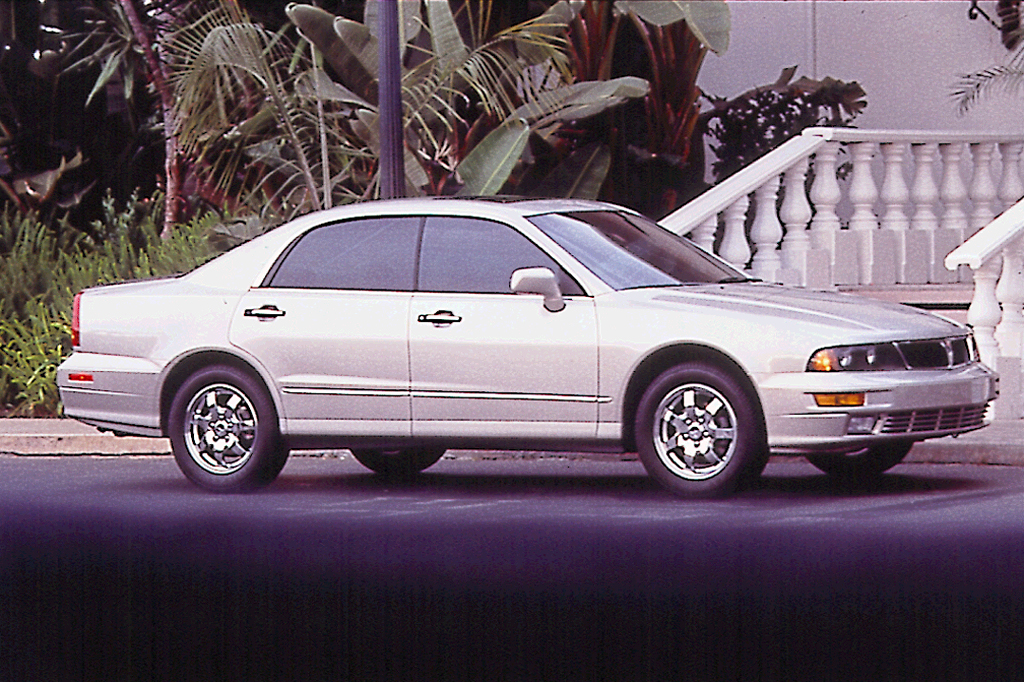 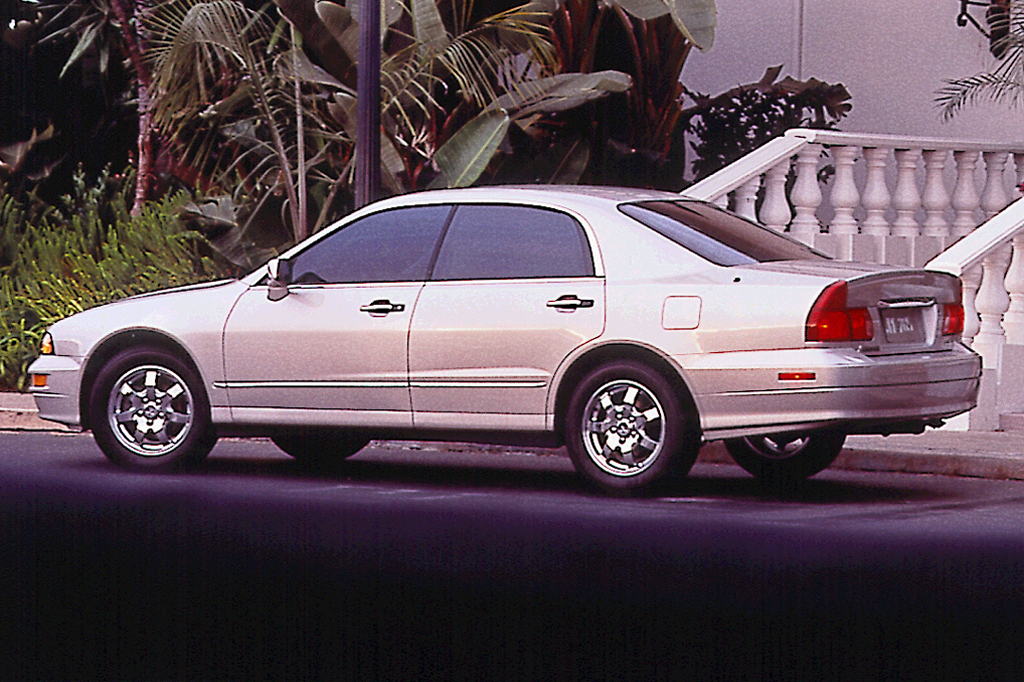 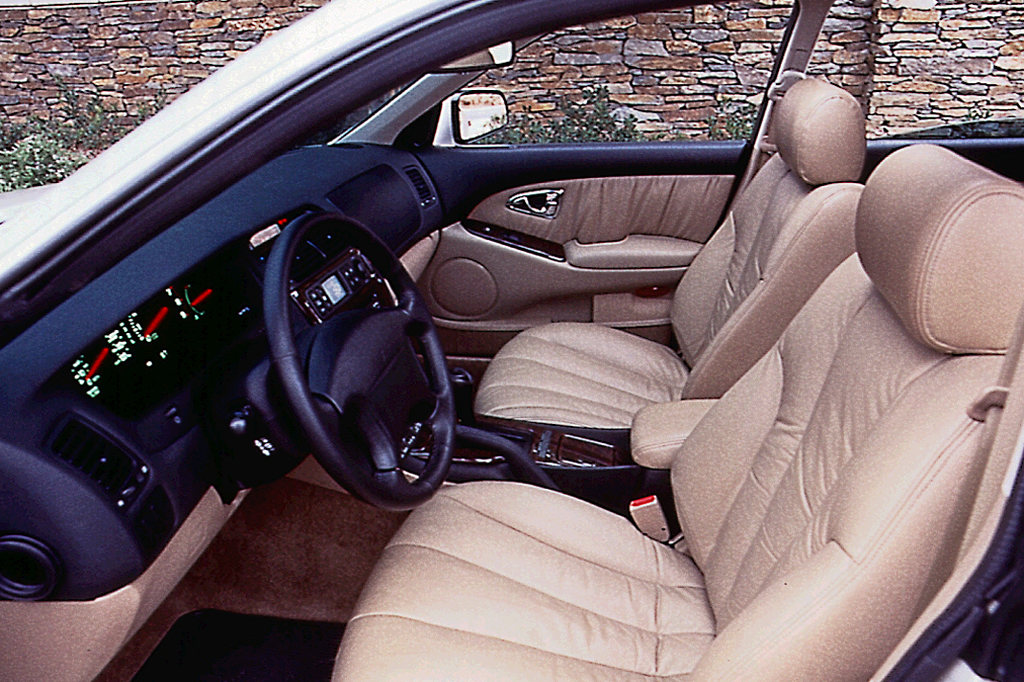 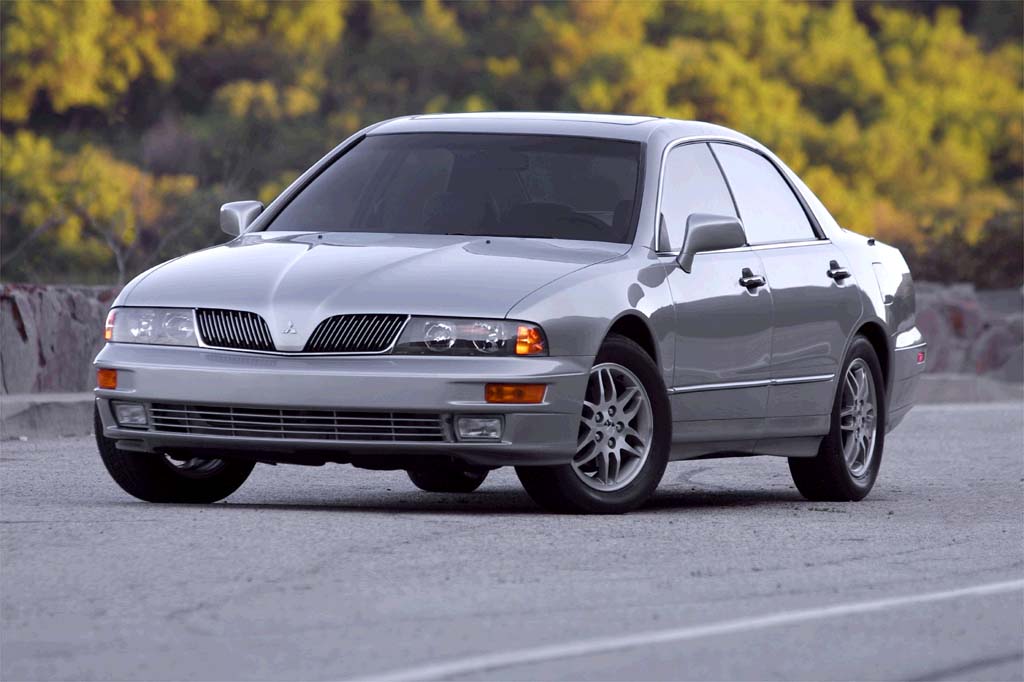 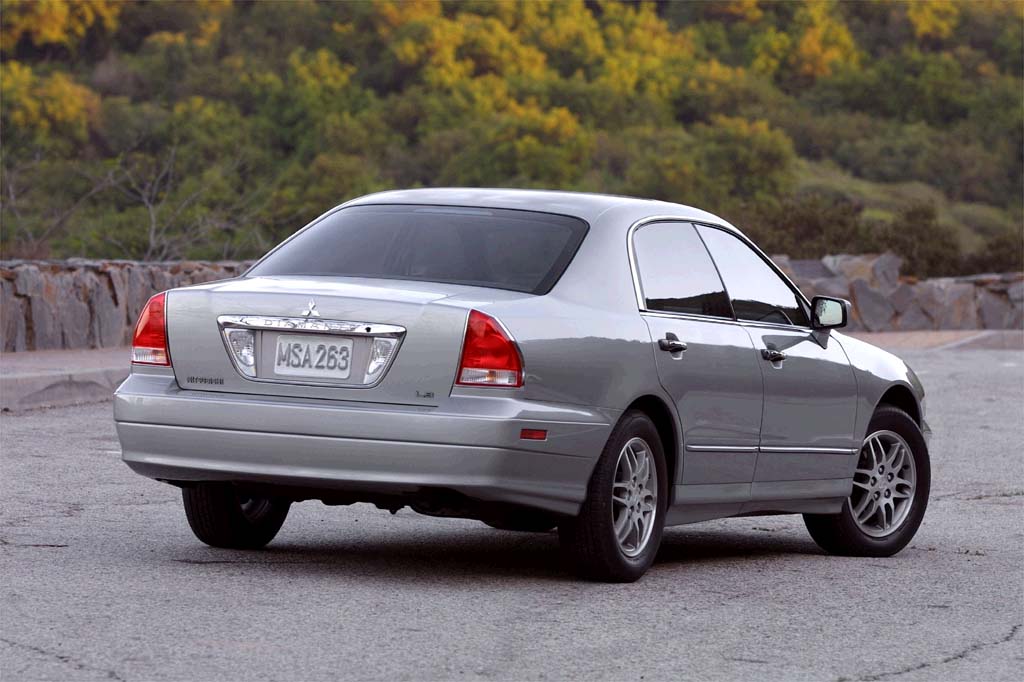 In this highly competitive class, although other near-luxury cars rate higher, Diamante’s price on the used-car market makes it worth considering. LS has been the “consumer” model, with the ES going largely to corporate fleets. Despite solid improvement in performance, room and refinement, some rivals–especially the Lexus ES 300–improved more and also promised greater prestige.

Built in Australia, Mitsubishi’s front-drive near-luxury sedan served as its U.S. “flagship.” A previous Diamante had been marketed through 1995, but consigned to the rental-fleet business in ’96, its final season.

Redesigned for 1997, the new Diamante was nearly 4 inches longer than before, with a bigger interior and crisper styling than its predecessor. The V6 engine also grew in size, to 3.5 liters with a 210-horsepower rating. Only a sedan was produced this time; the former station wagon was gone. Rivals included the Infiniti I30, Lexus ES 300, Acura TL, Mazda Millenia, and Nissan Maxima ES.

Diamantes came in base ES or upscale LS trim. Despite an unchanged wheelbase, interior volume grew by 7.4 cubic feet. Weight dropped by nearly 250 pounds, thanks to greater use of aluminum components.

Dual front airbags were standard, with antilock brakes an option. The standard 4-speed automatic transmission varied its shifts depending upon the driver’s style.

Only a single powertrain has been used for the Diamante: a 3.5-liter, overhead cam V6 engine rated at 210 horsepower, driving a 4-speed automatic transmission.

Packing one of the biggest and “torquiest” engines in the near-luxury field, the Diamante delivers lively acceleration. A test model reached 60 mph in 8.1 seconds. Flooring the throttle produces a satisfying kick off the line and in passing maneuvers.

Wind and road noise levels are generally low, though the engine can be a little coarse sounding at times and isn’t as smooth as the near-luxury norm. As for economy, we averaged 19.7 mpg in a new Diamante, with a considerable amount of highway driving. The automatic transmission delivers clean, quick shifts, up and down the gears.

Though billed as a sport sedan, Diamante is clearly biased toward comfort. It’s not nearly as athletic as, say, a Mazda Millenia. A soft suspension absorbs most bumps easily, but detracts from handling prowess. This sedan floats a bit over pavement swells and fast humpbacks, and suffers marked body lean in tight turns. Tire roar is noticeable on pebbled pavement surfaces. Most buyers will like the choice of spring and shock absorber settings.

With antilock braking, a Diamante fares well enough in panic stops, aside from an excess of queasy nosedive. Traction control is an advisable option to look for, because front tires can spin wildly on damp pavement.

Passenger space did not really grow with the added length in this generation, although the back seat is roomier than before. Leg and foot room are abundant for four adults, though head space is scarce for 6-footers beneath the power sunroof (if installed). Storage space is below par, too, and pop-out cupholders are on the flimsy side. Interior materials look appealing and detail assembly is thorough, but the car does not feel quite as solid as some rivals. Door closure, for instance, has sounded a tad “tinny.” And on rough roads, the Diamante simply doesn’t feel as effectively screwed together as some competitors.

Though simpler than the old one, the dashboard layout is rather “busy” and saddled with too-small radio buttons. Outward visibility is good, helped by a low dashboard top. The trunk is usefully spacious and easy to load, but hinges dip into the load-carrying area.