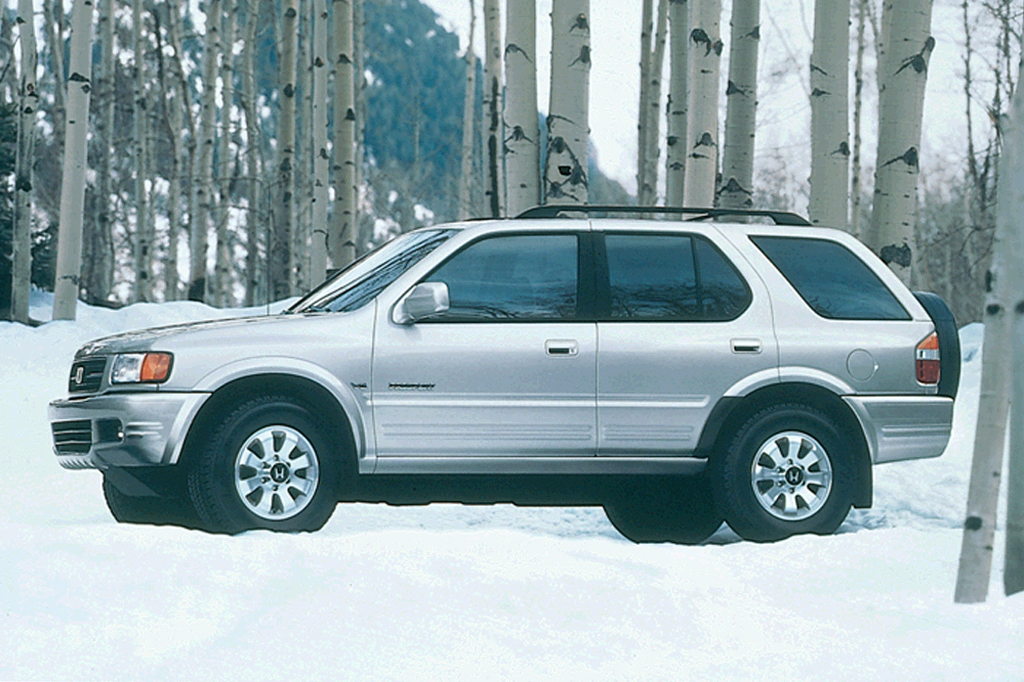 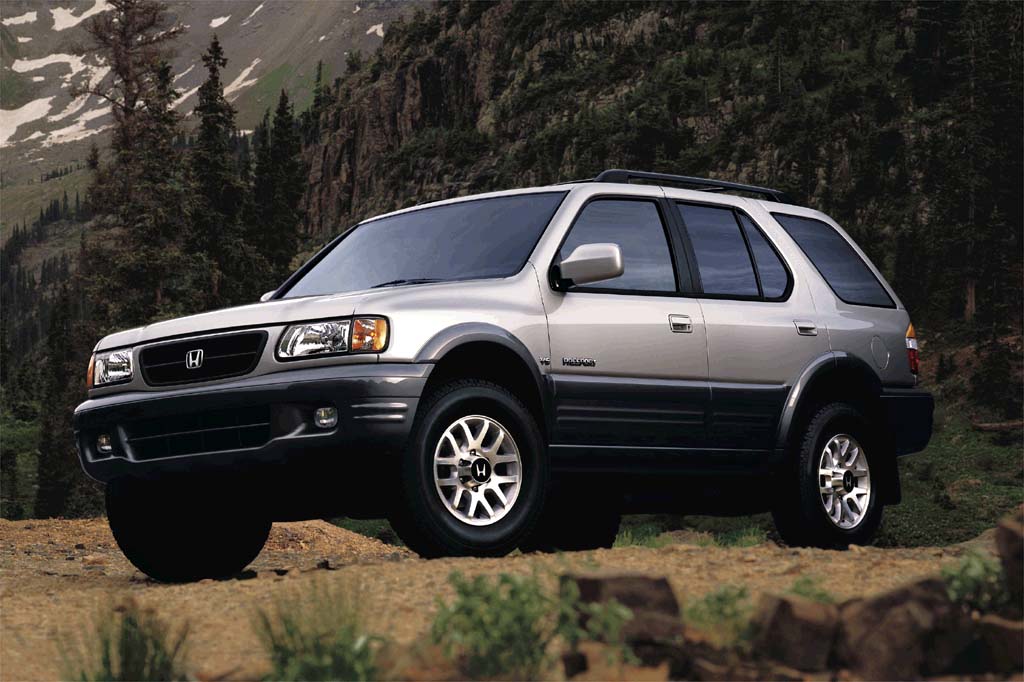 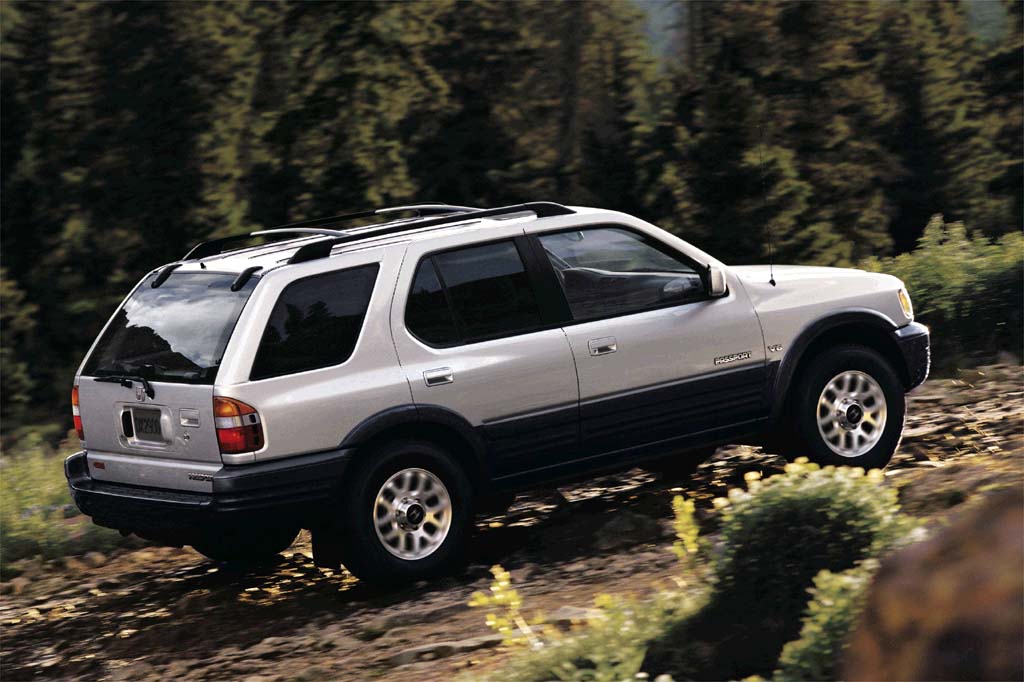 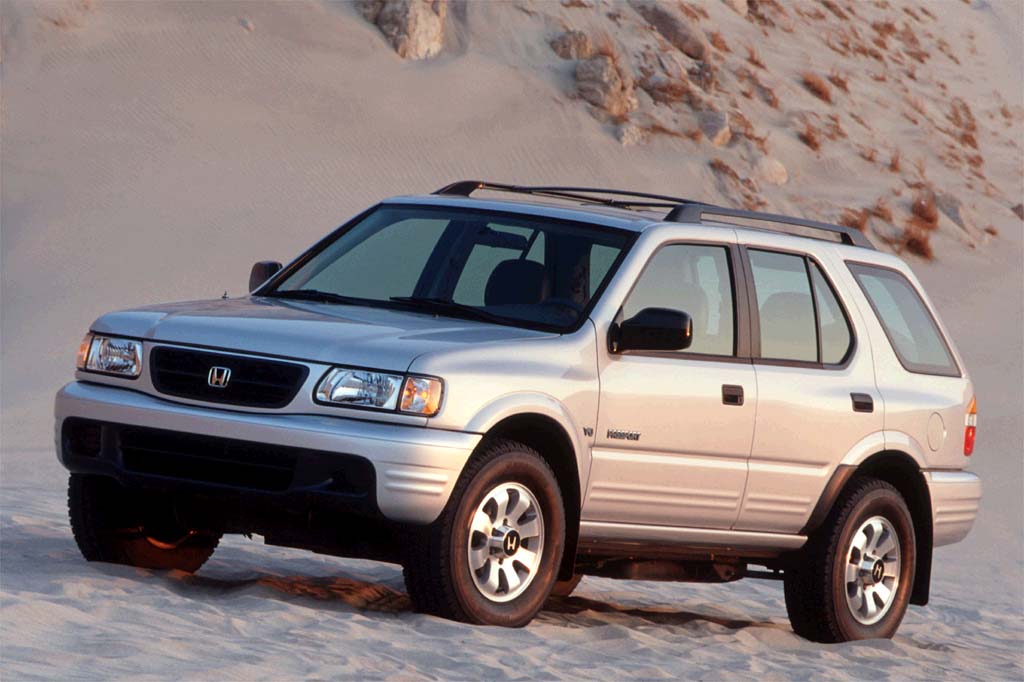 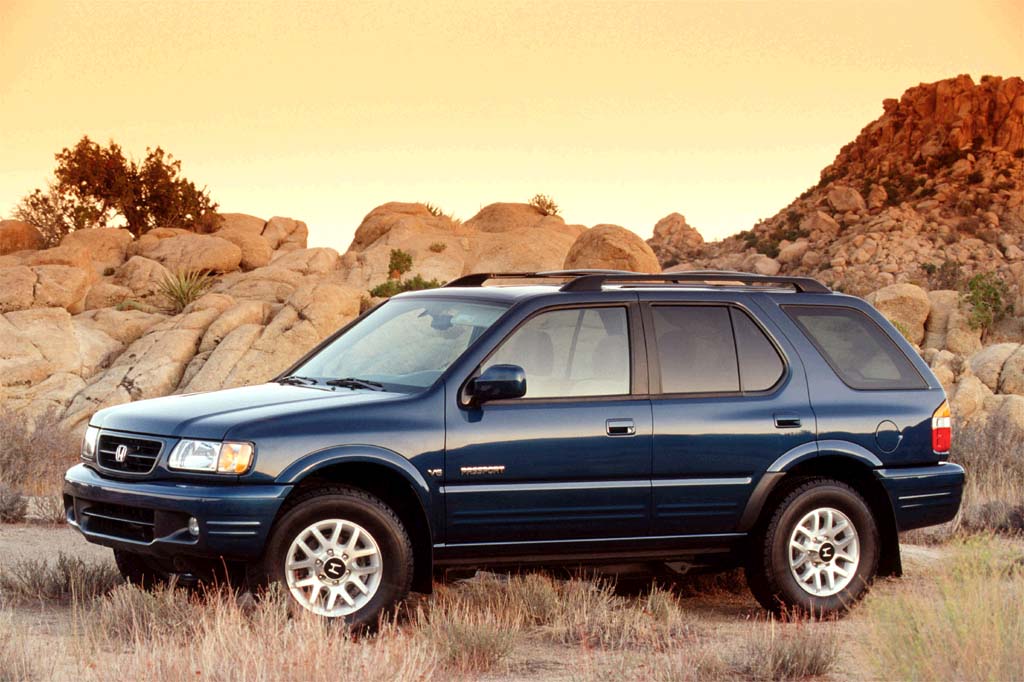 Like the Rodeo, Honda’s SUV emphasizes the “sport” in sport-utility. But Isuzu’s version has outsold the Passport by almost 3-to-1. Lack of outstanding features sets neither one above the competition, and high prices are an obstacle.

Following on the 1994-97 Passport, Honda introduced a second-generation version for ’98. Similar to Isuzu’s Rodeo, the midsize SUV was slightly larger than before, and delivered more V6 power. Passports were built at a Subaru Isuzu plant in Indiana, right alongside the nearly identical Isuzu Rodeo. Passports differed mainly in model choices, cosmetic details, and available features.

Two models went on sale: LX and upscale EX, each available with rear-drive or on demand 4-wheel drive. An improved version of Isuzu’s 3.2-liter twin-cam V6 engine, packing 15 more horsepower and 26 more pound-feet of torque than before, went under the hood. An automatic transmission was standard on EX and an option on LX, replacing the standard 5-speed manual gearbox. The 4×4 models had a 2-speed transfer case with separate low-range gearing, but 4WD now engaged electrically via a dashboard button instead of using a mechanical lever. As in prior Passports, 4WD was not for use on dry pavement, but it could be shifted between 4-High and 2WD at any speed up to 60 mph.

In the LX, the spare tire stowed under the rear cargo floor. With an EX, the spare sat on a swing-away external carrier. The tailgate now was hinged at the left, below a separate glass liftgate. Styling was evolutionary, and rivals included the Chevrolet Blazer, Ford Explorer, and Toyota 4Runner. A Passport could tow up to 4500 pounds, when using electric trailer brakes.

Power came from a 3.2-liter, dual-overhead-cam V6 engine that delivered 205 horsepower. Either a 5-speed manual transmission or a 4-speed automatic might be installed.

A shorter wheelbase, lighter weight, and more power helped make the latest Passport more nimble, but it set no new SUV standard. The suspension produces a generally stable ride, without pitching or bouncing. Small bumps and imperfections register in occupant consciousness, but don’t intrude, though the ride can get choppy at times–not exactly a surprise in this class. Larger bumps and potholes are not absorbed nearly as well as they should be, resulting in a rather harsh experience. Among the more agile midsize SUVs, Passports suffer plenty of body lean and tire squeal in tight turns.

The V6 engine delivers brisk acceleration and good passing power. Passport’s automatic transmission shifts smoothly and downshifts quickly. A 4-wheel-drive LS averaged 15.8 mpg in mixed driving, which is about on track for this league. Isuzu-engineered part-time push-button 4-wheel-drive is convenient to use, but most current rivals offer 4WD systems that don’t need to be disengaged on dry pavement.

Passenger space is good, except for a shortage of rear toe room. The driver enjoys a commanding position, even though the seat is not height-adjustable and its positioning does not suit everyone. The firmly-padded driver’s seat earns high marks, however. A simple dashboard layout is marred only by undersized audio controls–recessed and positioned a bit too far away for no-distraction use by the driver.

Step-in height is a little lower than the midsize-SUV norm, making it reasonably easy to get in and out. Back doors allow passengers to slip through easily, but narrow openings hinder exiting. Forward visibility is excellent, thanks to a low cowl and hood, but the optional outside spare tire interferes with the rearward view. The side-opening tailgate demands cumbersome 2-handed operation. To open it, you must first raise the window; to close, you must reach into the hinge area and release a bare-metal lever to free the door.