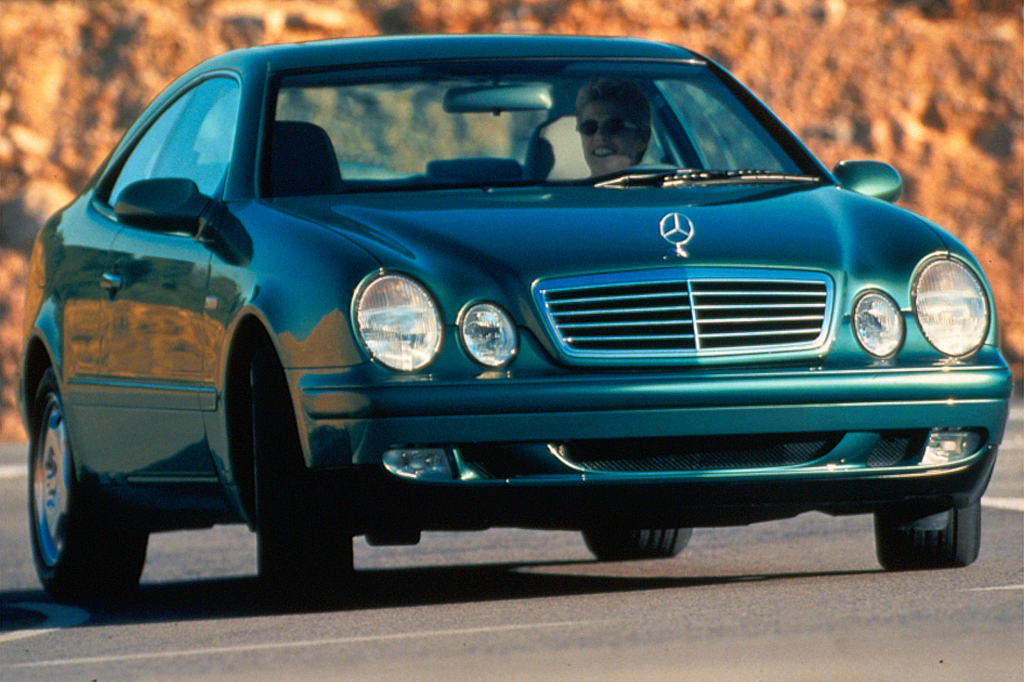 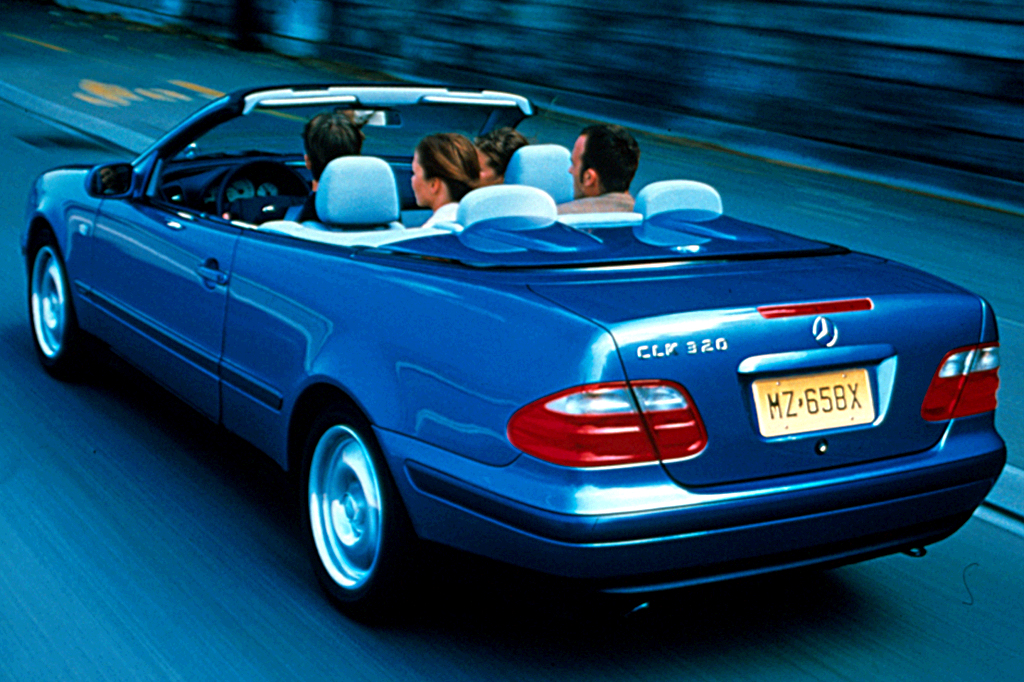 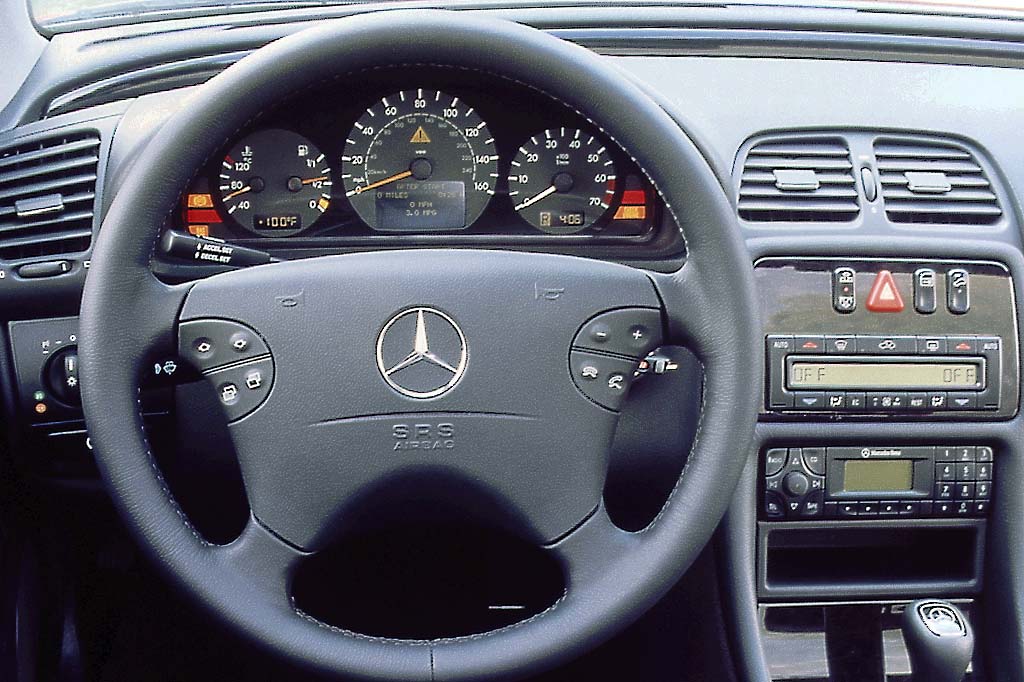 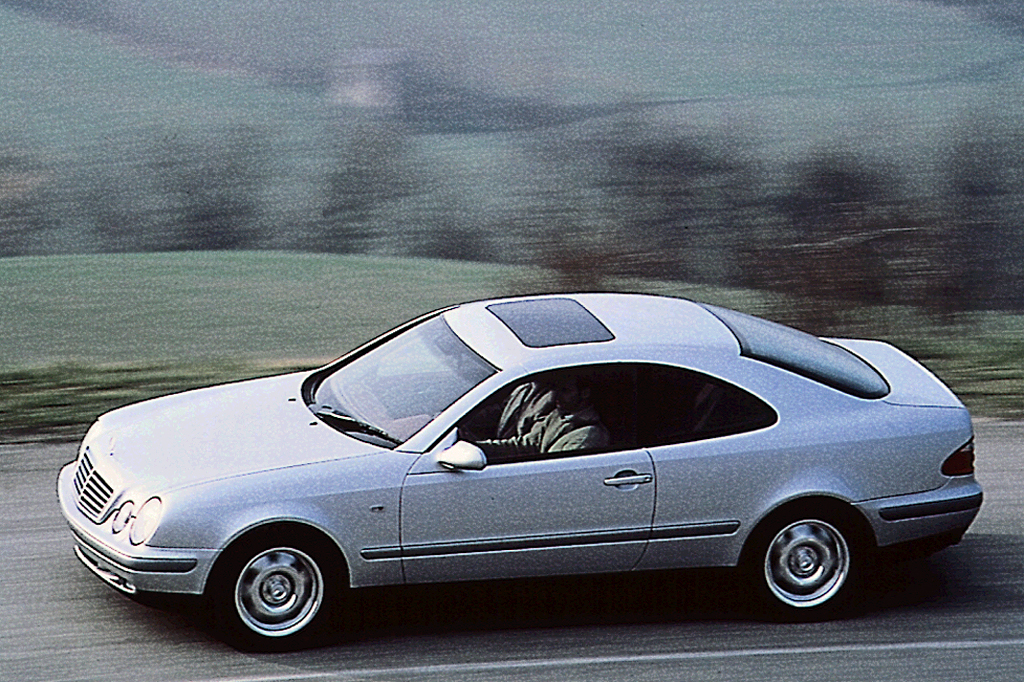 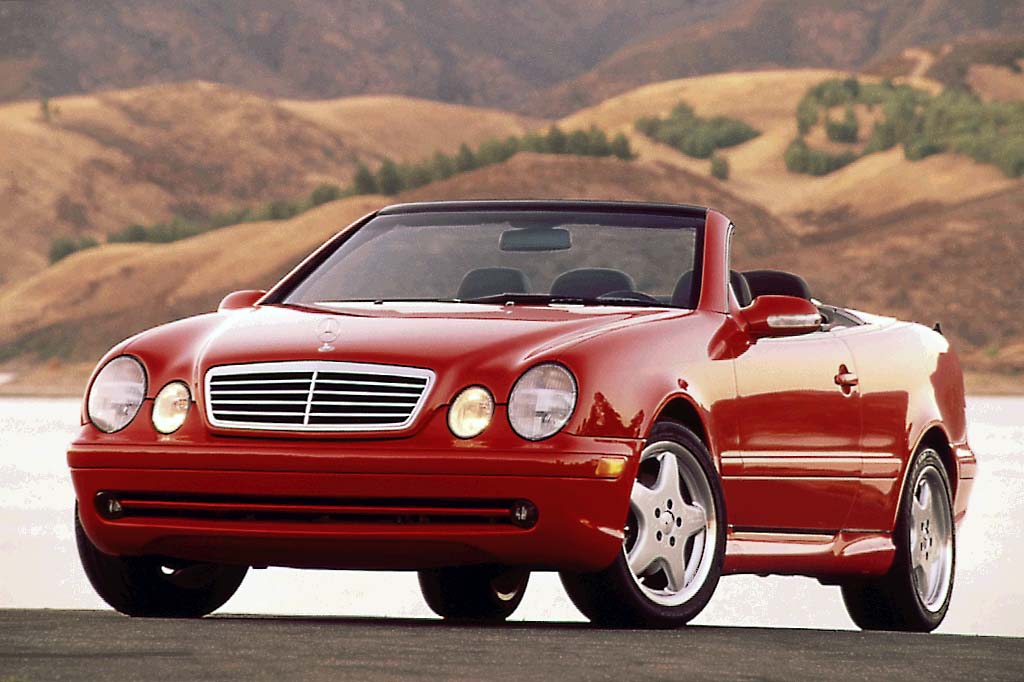 A comfortable and capable tourer, CLK offers Mercedes prestige and greater refinement, plus style and poise, for about the same money as Volvo’s C70 coupe. High resale value has always been a “plus” for any Mercedes, though that makes secondhand prices high, too.

A sporty offshoot of Mercedes’ C-Class sedan, the CLK320 put the German automaker’s rear-wheel-drive luxury qualities into a coupe body style. Slightly longer and lower than a C-Class, the CLK got unique styling marked by an oval-lamp nose, like its larger E-Class sedans. A 3.2-liter V6 engine went under the hood, driving a 5-speed automatic transmission. Mercedes’ first V6 engine, it was an overhead-cam unit with three valves per cylinder. ASR traction control and front side airbags were standard. Antilock brakes also were standard, with Mercedes’ “Brake Assist” feature. That system interpreted certain rapid brake-pedal movement as a panic-stop situation and automatically applied full braking force. A new “Smart Key” antitheft ignition system used a coded electronic data link instead of a regular key. The “BabySmart” child-seat recognition system deactivated the passenger-side airbags when a special Mercedes-designed child seat was in place. An antiskid Electronic Stability Program was optional. CLK coupes rode 16-inch tires and had a standard 60/40 split folding rear seat, as well as dual power-forward front seats. A new option was available: rain-sensing wipers that varied the speed of the intermittent sweep. Rivals included the BMW 3-Series, Saab 9-3, and Volvo C70.

A CLK320 hit 60 mph in just 7 seconds, and yielded decent 21.6-mpg gas mileage–using the mandatory premium fuel. The CLK430 is slightly sleepy off the line but then rockets ahead, in keeping with Mercedes’ claim of a 6.1-second 0-60 time. That one averaged 20.2 mpg. We haven’t timed a 430 or CLK55, but in test drives, both seem up to Mercedes’ 0-60 claims of 6.1 and around 5 sec, respectively. Mercedes-Benz’s 5-speed automatic transmission has a gear for just about every situation, and shifts with smooth authority.

Braking is superb: swift and undramatic. Handling is responsive and stable, cornering response flat, though the CLK is not quite as agile as a BMW 3-Series. A firm but mostly comfortable ride lets you feel most bumps, but not really harsh impacts. That benefit is spoiled, however, by thumping over expansion joints and tire rumble on rough pavements. Road roar is noticeable, especially from the rear tires. Wind and mechanical ruckus are well-checked. Both engines emit a pleasing, subdued snarl under hard throttle.

Front occupants get decent room, but the feeling is snug rather than spacious. Expect skimpy rear-seat leg room and tight rear-seat entry/exit, at least for adults, despite front seats that power forward after tilting their backrests. The rear seat is configured for two occupants only, and leg space vanishes with the front seat positioned fully aft. Front head room is just adequate for 6-footers, and head space in back is scant except for preteens. Cargo space isn’t great either.

The wheel only telescopes (no tilt), and several switches are poorly marked or placed. Over-the-shoulder views are not the best, but visibility is generally good. Controls are handy and user-friendly, once you’ve deciphered a few markings. Cabin decor is more clinical than cushy, not uncommon for Mercedes, though workmanship is generally fine inside and out. Mercedes-Benz took great pains to make its convertible solid, and succeeded admirably.