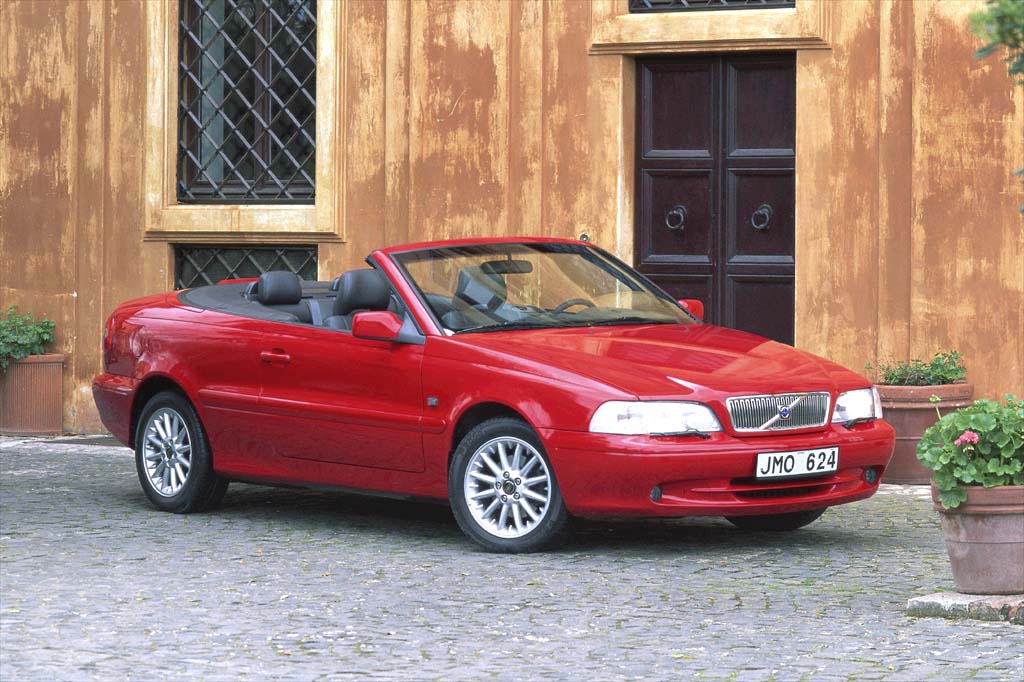 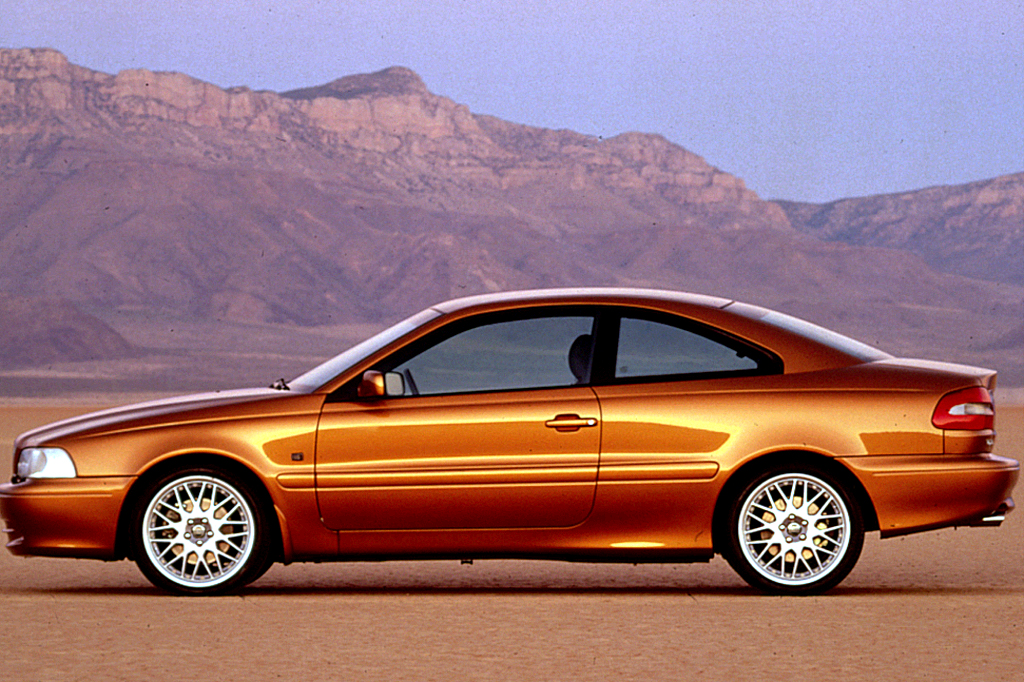 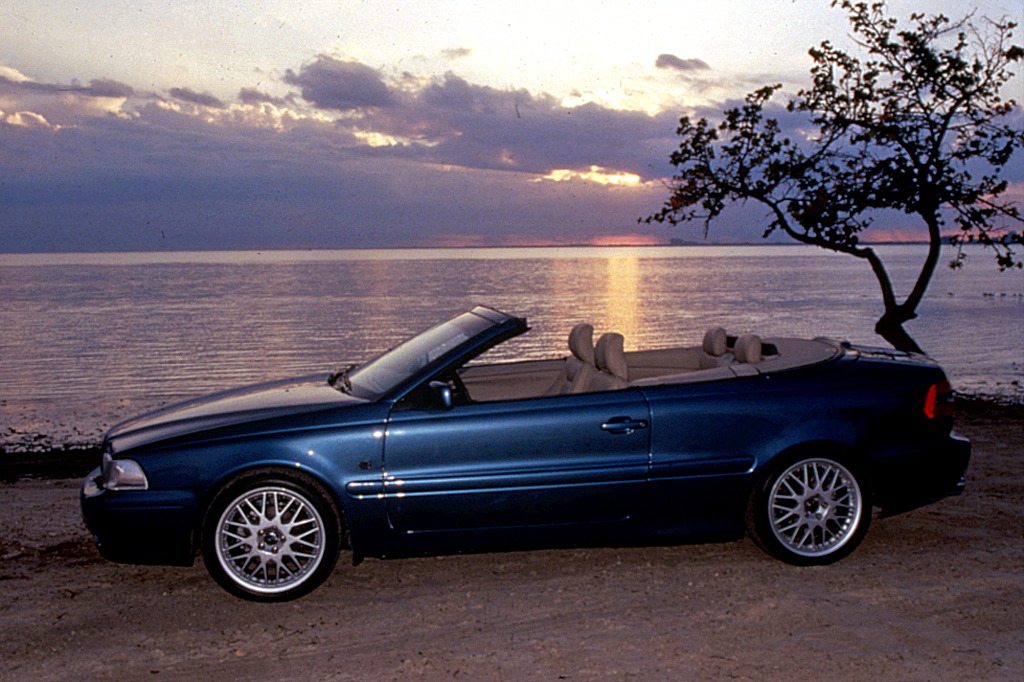 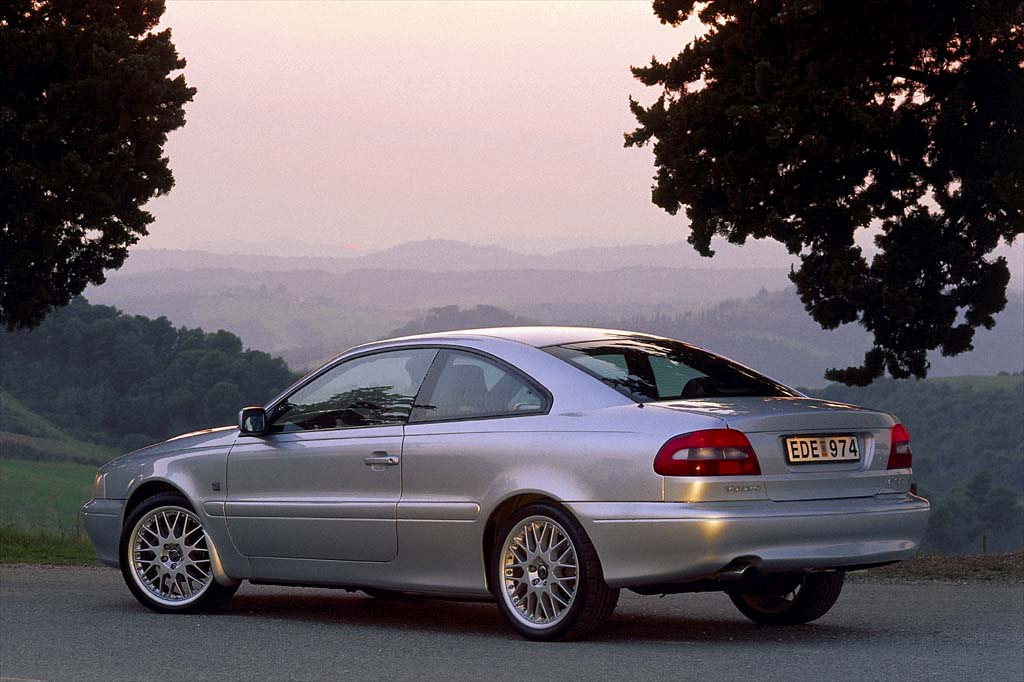 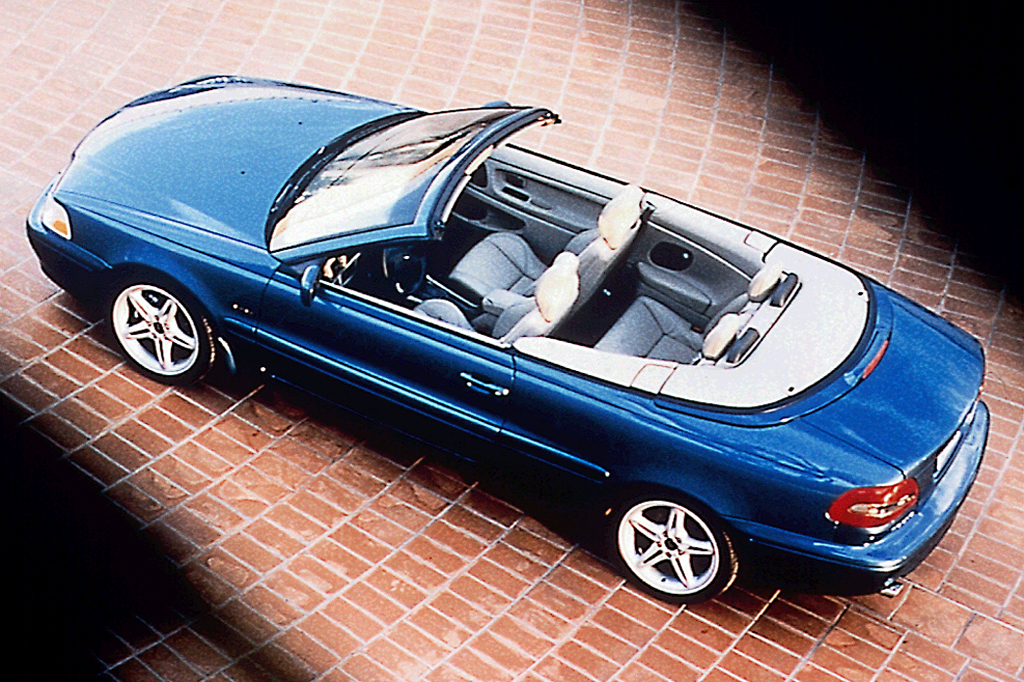 Looks can be deceiving on the used-car market, as shoppers learn quickly. Volvo’s 2-door companions are suave in shape, perform admirably, and offer excellent amenities, but Mercedes-Benz just might have the edge in quality and refinement for this league. Overall, all recent Volvo models have been solid and well-built. The coupe is no different. Volvo has aimed the C70 at young-thinking empty-nesters ready for something with more style and sizzle than a minivan, sport-utility vehicle–or a Volvo sedan.

After making its reputation for decades with conservative, boxy sedans and station wagons, Volvo sought to update its image. Leading the charge into the future was this swoopy C70 coupe, which was Volvo’s first coupe body style in seven years. Based on the front-wheel-drive S70 sedan and V70 wagon (which were 1998 updates of the 850 series), the coupe has similar exterior dimensions. Seating four instead of five, it wore curvier 2-door styling. Unlike the S70/V70, which offered a choice of three 5-cylinder engines, the C70 coupe came only with the most powerful version: a turbocharged dual-overhead-cam 2.3-liter, rated at 236 horsepower. A 5-speed manual transmission was standard, but most buyers were expected to take the optional automatic, which had Sport, Economy, and Winter shift modes. Only one well-equipped model went on sale, with standard front and side airbags, antilock brakes, 17-inch alloy wheels, and a power tilt/slide moonroof. Factory options were limited to a firmer sport suspension with 18-inch wheels, as well as a package comprising traction control, heated front seats, full leather upholstery and a 425-watt, 14-speaker audio system. Rivals included the BMW 3-Series coupe, Lexus SC 300/400, and Mercedes-Benz CLK. A convertible joined the coupe later in the season. Equipped with a power top and electrically defrosted glass rear window, the convertible and “base” coupe now used a turbocharged 190-horsepower 2.4-liter engine with automatic transmission. A sportier coupe model kept the initial 236-horsepower, 2.3-liter 5-cylinder.

Initial models were powered by a turbocharged, dual-overhead-cam 2.3-liter inline 5-cylinder engine, making 236 horsepower. Another engine soon joined the fray, producing 190 horsepower and installed in the base coupe and the convertible. Two transmissions have been offered: a 5-speed manual or 4-speed automatic. Both engines gained 7 horsepower for ’03.

As on the performance-oriented T5 versions of the S70/V70, the coupe has a firm and somewhat choppy but acceptably supple ride, without the prominent tire thumping that plagued performance-oriented 850 sedans. Even so, the available 17-inch tires elicit harsh reactions to bumps. A convertible or “base” coupe rides more softly on 16-inch rubber. Steering is numb on-center, but provides good feel otherwise. The sporty-handling C70 has ample grip and little body lean in turns.

Acceleration is satisfying with the base model, and very strong if the 2.3-liter engine is installed. Standing-start movement is good with either engine, and passing power is excellent. Volvo claimed a 0-60 mph time of 6.9 seconds, but our test C70s have not felt quite that fleet. As for economy, a 2.3-liter model yielded 19.9 mpg. Neither inline 5-cylinder engine is as smooth as some of today’s V6s and “turbo lag” (a moment’s delay in power delivery) is still bothersome at low and midrange speeds.

The back seat is tighter than in sedan models, and it’s much harder to get into or out of. The convertible’s narrower back seat is even less accommodating. Volvo tried to improve rear entry/exit with a power sliding feature for both front seats; but the seats move forward like snails. Leg room is ample in front and head room is good despite the standard power moonroof. The driver’s seat is comfortable and supportive, and visibility is good to all directions–except in the convertible when its top is up. Driving position is easily tailored to fit. Trunk space is reasonable for a coupe, holding a weekend’s worth of luggage for a couple, but less than the S70 sedan would offer.