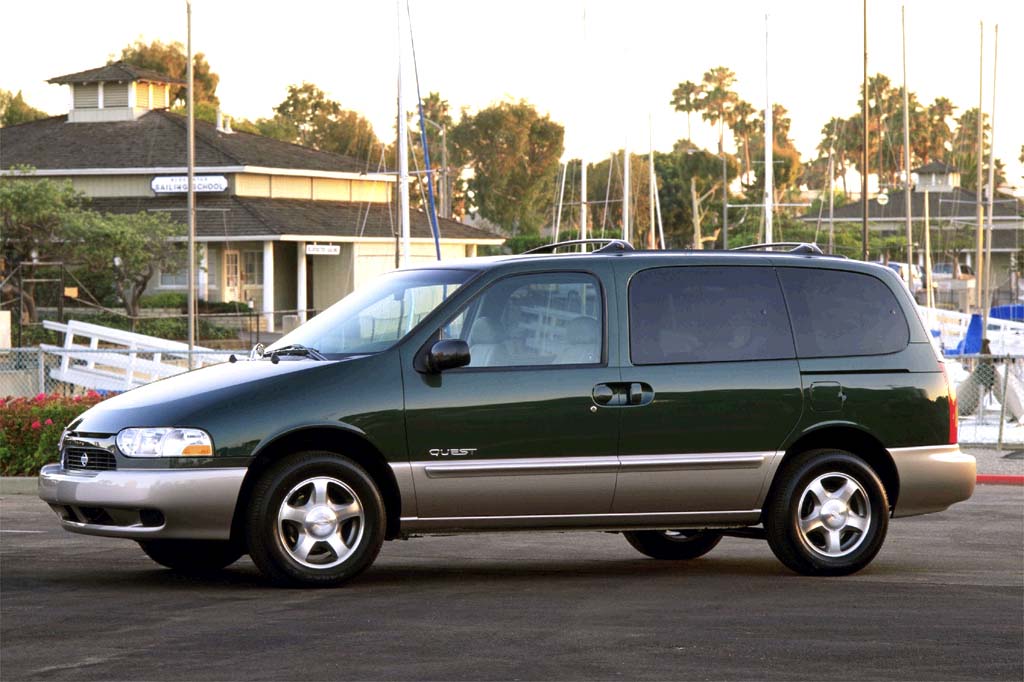 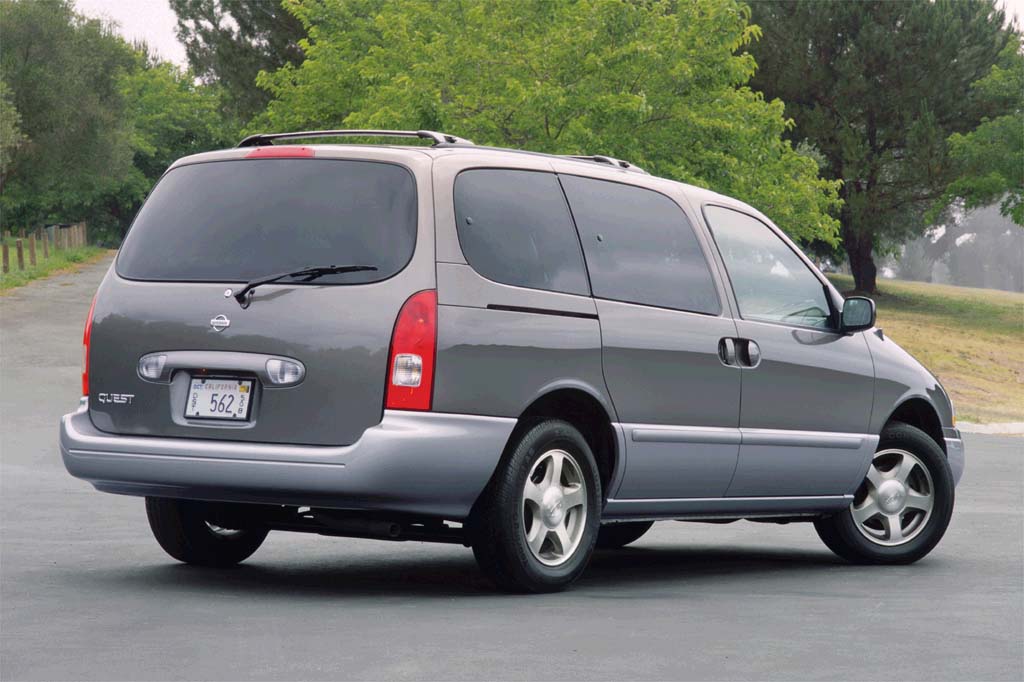 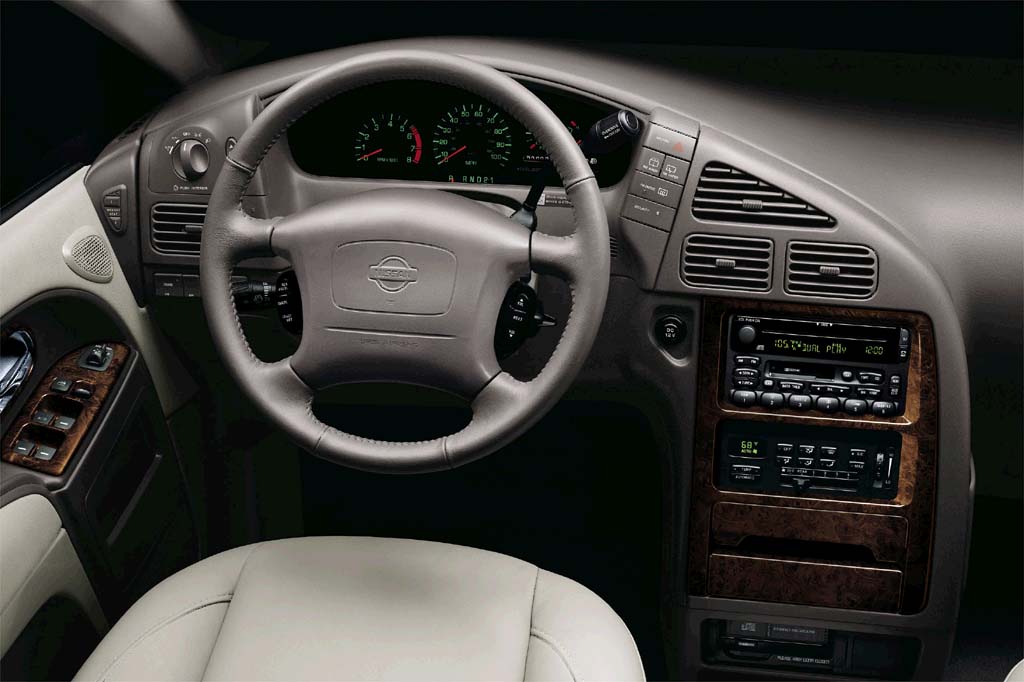 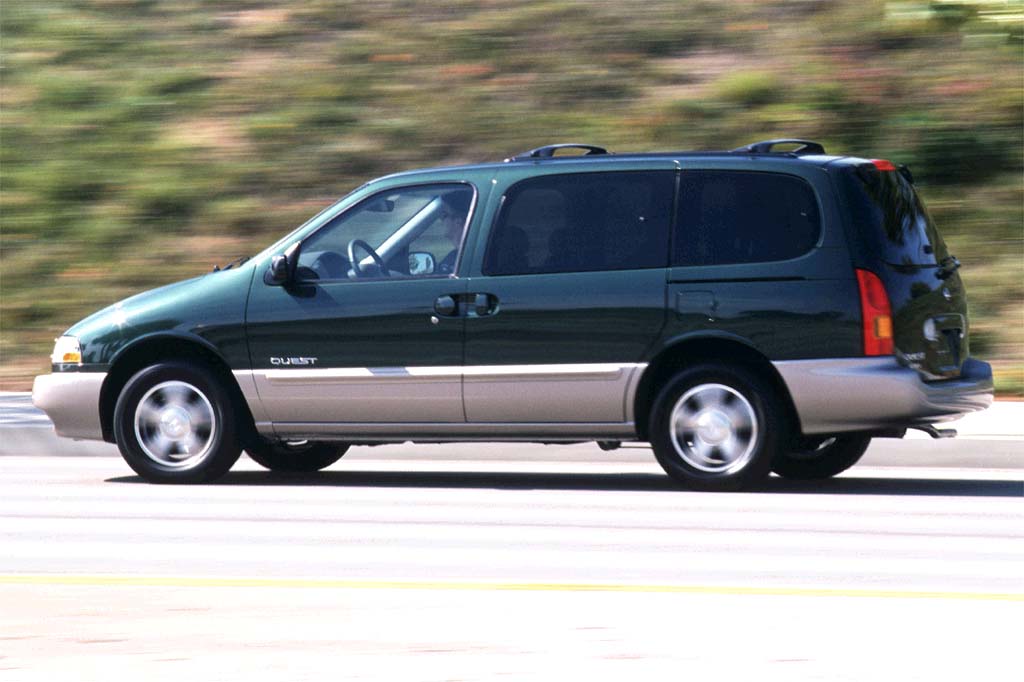 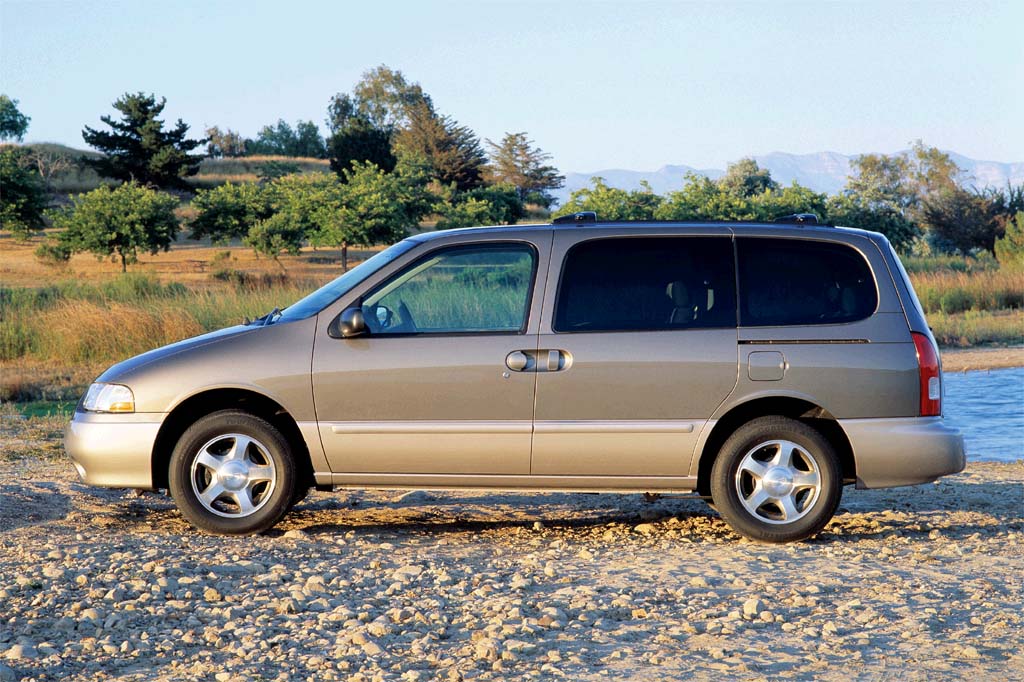 Smaller outside and inside than most rivals, Nissan’s Quest and the equivalent Mercury Villager are more maneuverable. Both trail the competition in refinement and acceleration. Quests have held their value more strongly, thus cost more secondhand.

Wheelbase was unchanged, but the body grew by 4.6 inches in overall length and 1.2 inches in width, gaining 9.6 cubic feet of interior volume. Sole engine was Nissan’s 3.3-liter V6, delivering 19 more horsepower and 26 more pound-feet of torque than the previous 3.0-liter. A 4-speed automatic was the only transmission. Quests came in three forms: entry-level GXE, sporty SE, and luxury GLE. Standard equipment included antilock brakes, power door locks and front windows, air conditioning, and a security system with remote keyless entry. The GXE had a removable two-place middle bench that could be optionally fitted with child seats. SE and GLE versions substituted twin captain’s chairs. All three contained a three-person third-row bench that slid on built-in floor tracks. The sporty SE featured a firmer suspension than its mates, with performance tires on 16-inch wheels.

In performance and accommodations, Quests differ little from their Mercury Villager counterparts. Acceleration is reasonably peppy from a standstill, but unimpressive in the 35-55 mph range. In fact, highway passing response borders on inadequate with a full load and the air conditioner working. Engine roar under heavy throttle is notable, though wind and tire noise are on par for this class. So is fuel economy. A test Quest, when new, averaged a less-than-frugal 16.9 mpg. Relatively compact in size, the Quest (and Villager) offer above-average minivan maneuverability, helped by firm steering with ample feel. Cornering response is crispest with the SE edition, which rides 16-inch tires instead of the usual 15-inch. The Quest’s suspension soaks up bumps decently, but overall ride quality does not match that of longer-wheelbase minivans like the Dodge Grand Caravan and Toyota Sienna. Relatively cozy, the Quest’s interior has scant clearance between any of the seats. Front seatbacks are narrow, though supportive cushions improve overall comfort. Low step-in height is pleasing, but third-row entry/exit is rather tight due to a low roof and narrow passageways. Cargo room is slim with the third seat in its normal position, though the available adjustable-height parcel shelf is handy. The third-row bench can slide forward to free up a large cargo hold, but its release handle is difficult to reach. Second-row seats remove easily. Interior storage includes a removable net between front seats, double door pockets, and numerous bins. Despite targeting upscale buyers, the Quest and Villager contain a lot of hard-surfaced interior plastic items inside, along with industrial-look switchgear and unfinished edges.